The cost of reality: Landscape with Figures at the CAC

You’re always more unreal to yourself than other people are. 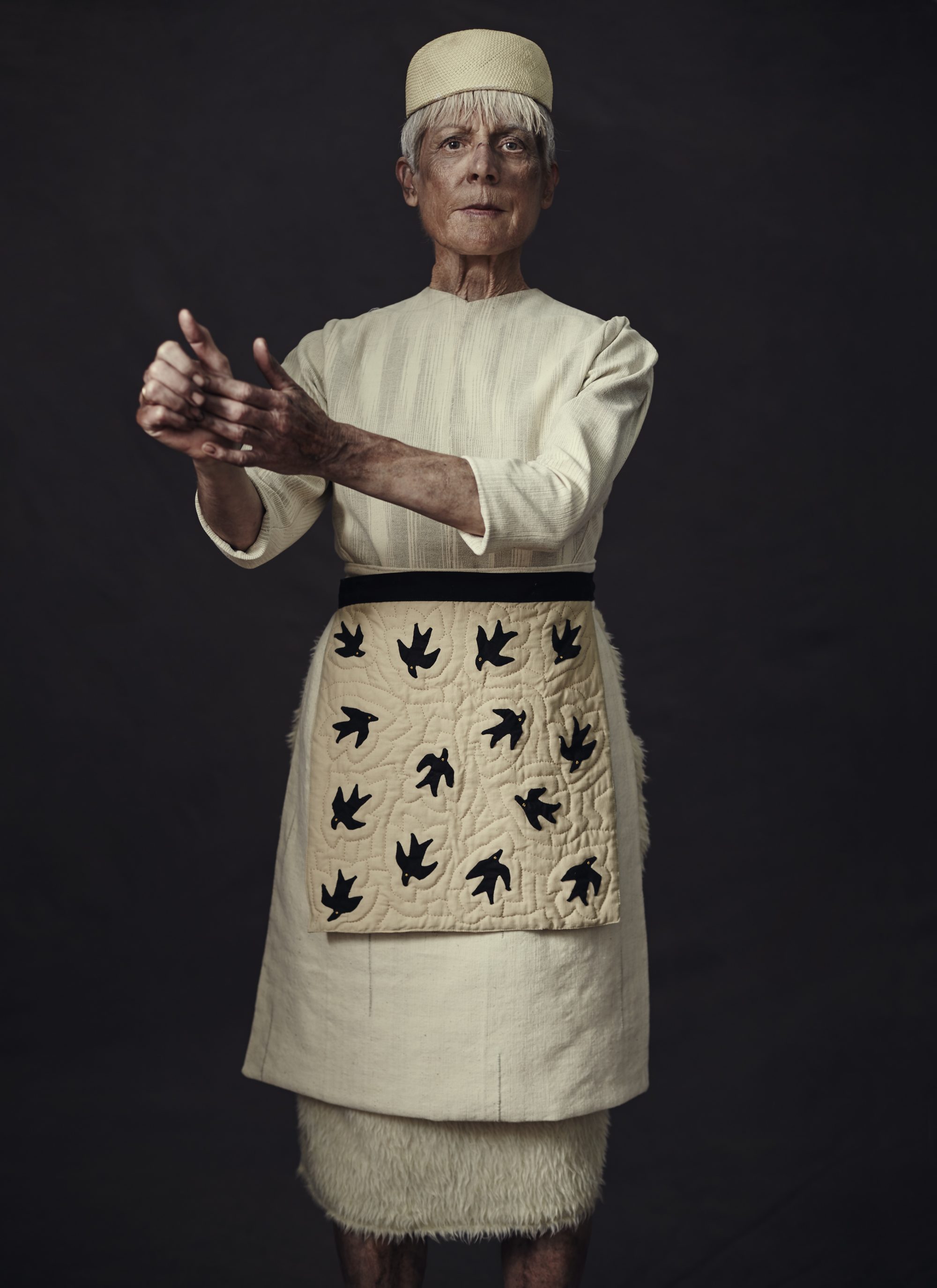 A figure in Landscape with Figures (Photo: The Contemporary Arts Center)

As it happened, I started reading a new book on the same night I went to Andrew Ondrejcak’s Landscape with Figures—Deborah Levy’s autobiography, The Cost of Living. Inscribed on one of the first pages is the above quote from Marguerite Duras, the French writer and filmmaker. Running into Duras’ words at that particular moment felt somewhat profound to me, as I’d just viewed a piece of art that bumps up against similar ideas: of realness and reality, who we are to ourselves and each other, and what it means to look and see—really see—the mess surrounding us all.

Who are we when we’re alone? If no one’s around to see them, are the things we do more or less real? Does what we become when we’re around other people hold more or less weight than what we are when we’re by ourselves? How is this weight measured, anyway?

What does it mean to face this uncertainty?

These are eager, pressing inquiries in Landscape with Figures, which just rounded up a short run at the Contemporary Arts Center. Drawn from the genre paintings of Dutch renaissance artist Pieter Bruegel the Elder and short stories written specifically for the work, Landscape with Figures is 70 minutes of gorgeously costumed, quiet, moving theory, punctuated sporadically with a piano being tuned and the understated sounds of people living, sometimes together but more often alone.

Landscape with Figures is performance art, it’s a play, it’s a live painting—most importantly, though, it is a chance to look, eyes wide open. Ondrejcak knows this. We’re introduced to each character via a monologue from one of the figures at the start of the piece (the only dialogue in the entire work, aside from the random shout of “BINGO!” from one of the figures). When their number is called, each figure strides onto the stage and takes a place in their own small scene. Closest to me was a large man dressed in a traditional Russian-looking ensemble, his face and hands covered in bright blue makeup, who spent the majority of the work with Apple headphones in, moving plastic dollhouse furniture around a small table. Then there was the harlequin young woman in the corseted romper and olive tights, who set up a computer with a camera and took photos of herself, and the shirtless man in bright, carnival-themed pants, who never stopped moving and assembled the dinner scene about halfway through the piece (the only time the figures came together as a group). 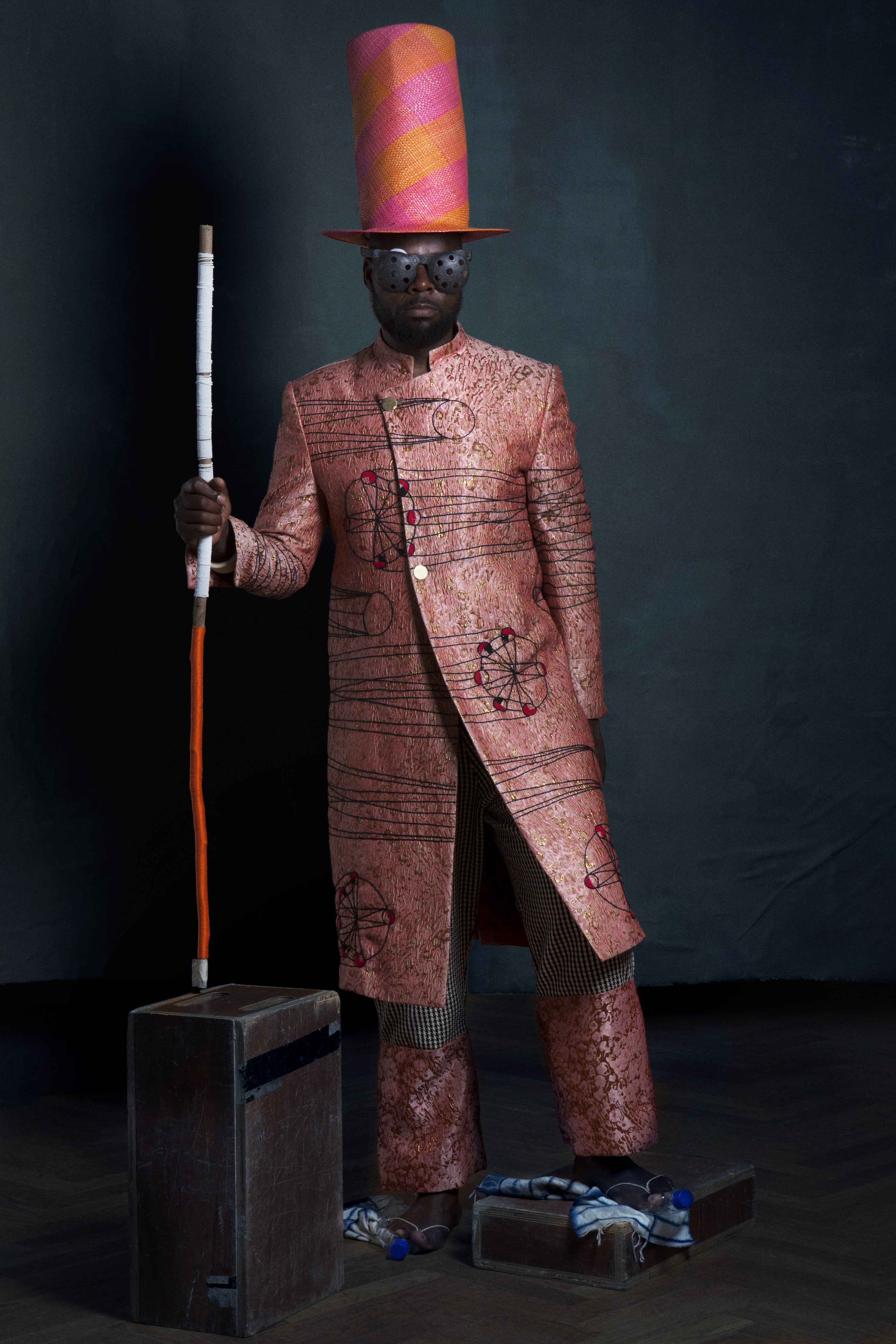 A figure in Landscape with Figures. (Photo: Contemporary Arts Center)

Most striking to me, though, were the prophet and mother figures. Skirts swirling, turquoise typewriter balanced atop of her head, the prophet builds and destroys; rituals, altars, spells, and patterns all bend with her hand. To divine is work—most often work for those who are not the diviner herself—and the prophet does her work alone. In her I saw the expectation for women, the centuries-heavy wet blanket thrown on our chests, to both create life—magic—and forget our own—motherhood. To build and to destroy.

Paralleling the prophet in this sense is the mother. Clad in 80’s-era business attire, she drags an enormous chest across the stage, ending up in the corner right in front of me. She opens the chest; it’s full of dirt. She forms a small mound on the floor, then another, then another, until it forms a pile large enough to fit her body. She lies on top of it and rests. What woman hasn’t at some point had the brutal urge to unpack everything heavy we carry around with us and make a mess out of it? To lay it all bare and rest not under or next to it, but on top of it?

As a lover of people-watching, seeing the scenes of Landscape with Figures unfold from my front-row seat was simply delicious. It felt incredibly intimate, a quality strangely lacking in our culture at a time when we’re regularly invited into people’s bathrooms on Instagram. During Landscape with Figures, I could stare and gawk as intensely as I wanted as someone moved through the most intimate parts of their day, which, to my my mind anyway, happen to be the most regular parts of each hour. The parts that have imbedded within them how we go on with it.

Landscape with Figures shows us that the things we do alone are simultaneously intensely intimate and at the core of how we appear to the world. Of course they appear crazy. Maybe so crazy they’re not actually real. But we all do them. They’re what makes us up.

Ondrejcak’s work also asks us to question authenticity right now, when we’re over-connected and distanced from each other at the same time. It alerts us to what we are really being asked to do in this cultural moment: to weigh one over the other. One will win. And that’s The Cost of Living.