Portrait of a Creative Space: The Studio of Mac Ball

Mac Ball is an accomplished architect. Over the past thirty years, his firm, Waggonner & Ball, has designed, renovated or preserved some of the city’s most recognizable buildings. They include the Tulane University A.B. Freeman School of Business, the Brother Martin High School James B. Branton Chapel, the Greater New Orleans Foundation’s Center for Philanthropy, the John Minor Wisdom U.S. Court of Appeals, and the U.S. Custom House. The firm also helped develop the award-wining Greater New Orleans Urban Water Plan.

When Mr. Ball isn’t pouring over blueprints, he can usually be found working on canvas.

Mac’s art studio is only a few blocks away from his “day job.” The 19th century former horse stable was broken down, moved, reassembled and remodeled on a vacant lot in the Irish Channel. The building consists of one massive room with a small bedroom on the second floor. It has high ceilings and great natural light. According to Mr. Ball, “I love my studio because it has afforded me to paint larger paintings – and to play music. It is great acoustically for guitar and voice. It is also very private and quiet, which is a blessing in a busy city like New Orleans.”

Mac is currently working on a show inspired by water, specifically the water found in the mountain streams of Big Sky Country. He’s also playing and recording music, and, of course, designing buildings.

As I left the studio, I typed a quick note on my phone: “Mac Ball is definitely a Renaissance Man.” 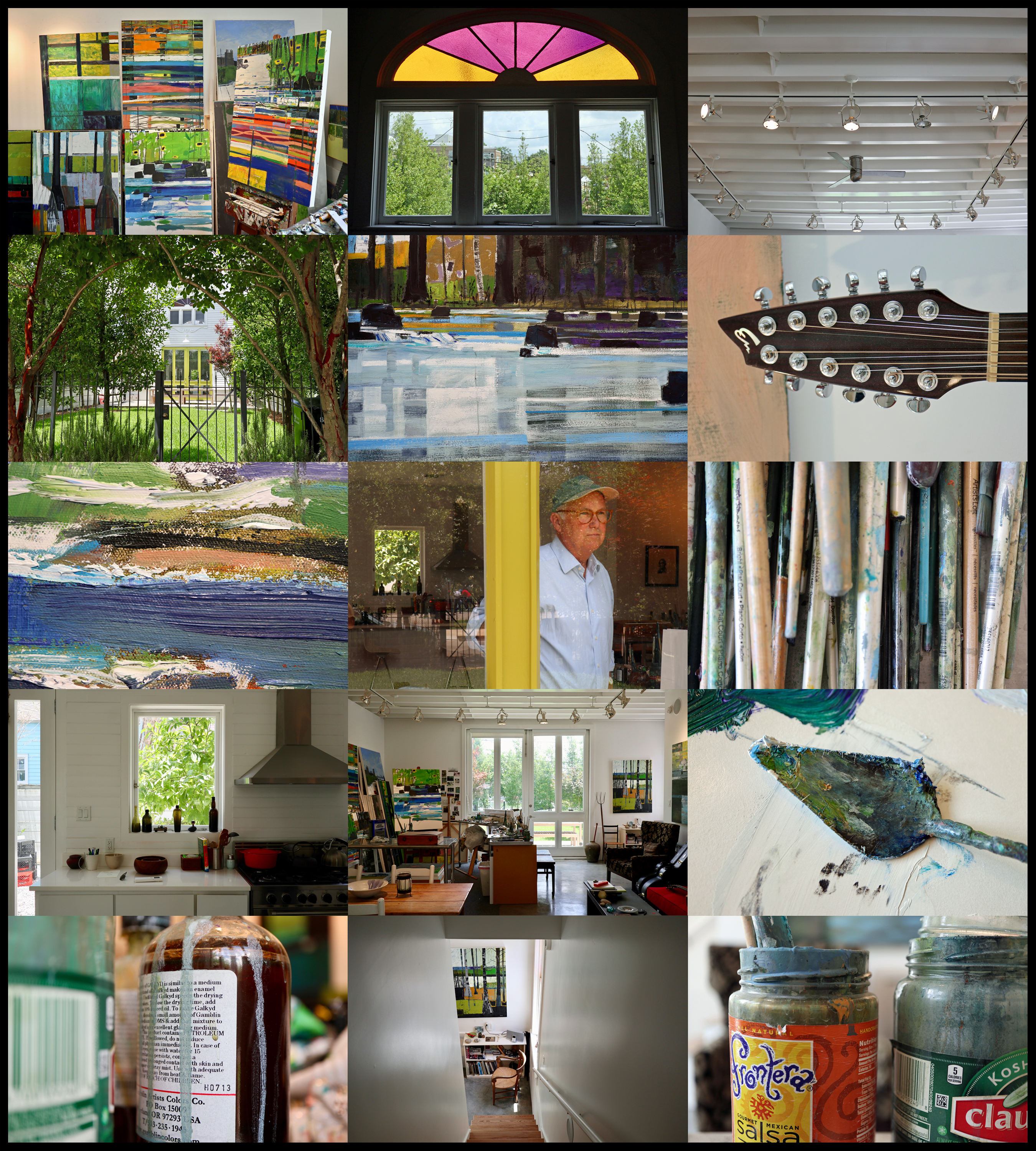 The studio and work of Mac Ball (photos and collage by: Folwell Dunbar)

Mac Ball is represented by Cole Pratt Gallery on Magazine Street. You can follow him and his work on Pinterest as well.