Portrait of a creative space: The studio of Ryan Gianelloni

After graduating from art school, Ryan Gianelloni became an apprentice/assistant to renowned New Orleans artist, George Dunbar – who also happens to be my father. For the past five years he has worked side by side with my dad mixing paints and clays, applying metal leaf, sanding panels, building frames, and yes, even feeding the chickens. According to Ryan, “I have learned about new techniques and new materials that I never would have dreamed of using, and I have since adopted and adapted them to my own work. I am extremely grateful to have such an experienced and prolific mentor in my life at this point in my career.”

After working on the North Shore, Ryan returns to his home in Kenner. There, in his backyard, beneath a tremendous bald cypress tree, he works in his own studio. “When I decided on a studio space,” said Ryan, “I wanted it to be close by so whenever inspiration hit I could walk outside and be working within minutes (not unlike his mentor). I wanted my studio to be clean and organized. Given the amount of space, an essential aspect of the studio was for it to be modular so I could move tables to work on small pieces as well as large scale. My work is constantly evolving, so having the space adapt with me is important.”

Ryan’s work is definitely evolving. “He’s starting to develop his own thumbprint,” said my dad. “He’s taking chances; he’s putting himself out there. I’m extremely proud.”

Both Ryan and his mentor have a lot to be proud of. 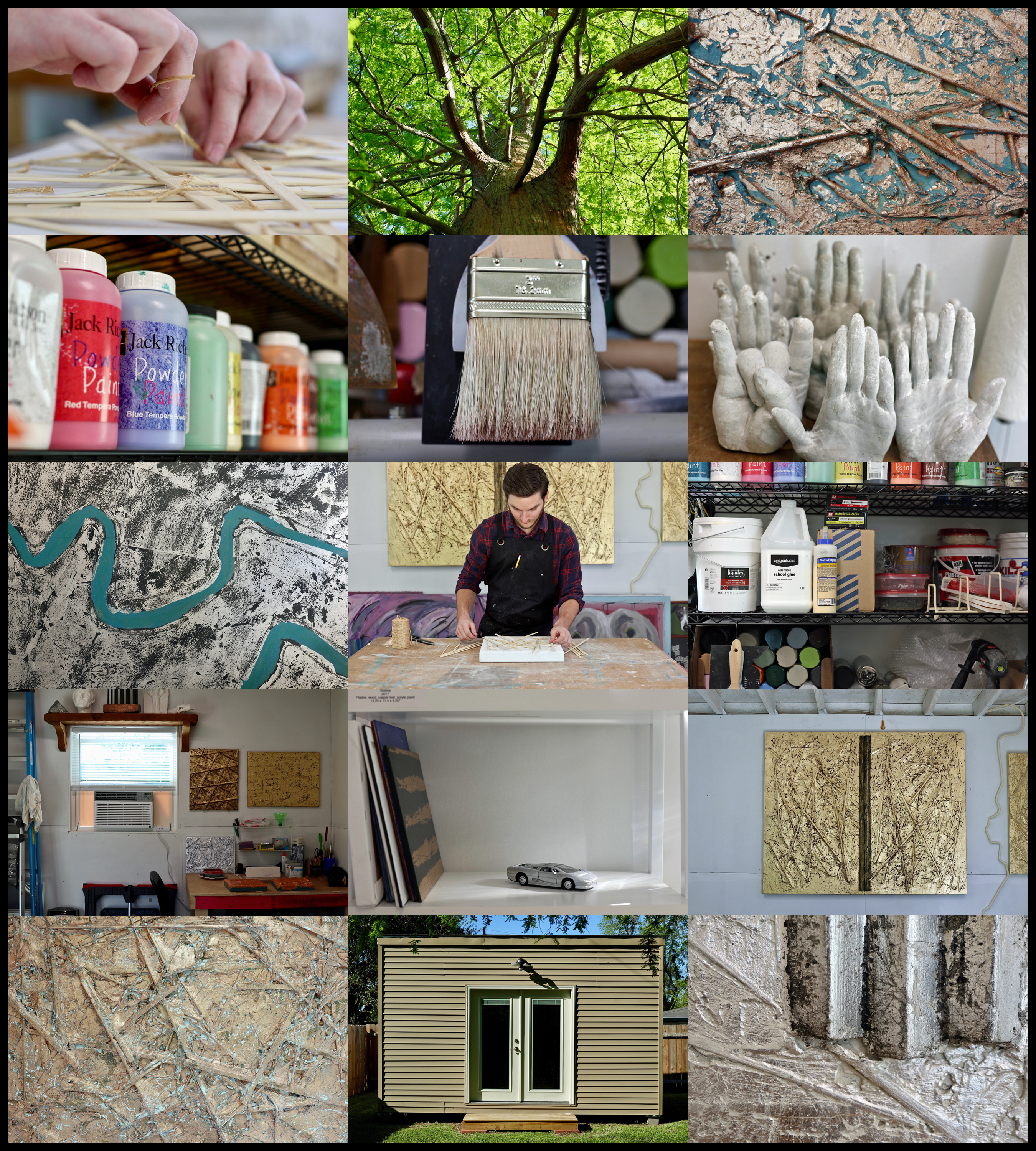 The studio of Ryan Gianelloni (Photos and collage by: Folwell Dunbar)

Portrait of a creative space: The studio of Regina Scully
Artists