Portrait of a creative space: The studio of Courtney Egan & David Sullivan

Note: The work of Courtney Egan and David Sullivan cannot be captured with still images – not even fifteen of them arranged into a collage. To truly appreciate their work, you need to interact with it; you need to experience it live. When you do, it evokes, “Wow!”

Courtney Egan, David Sullivan and their son Finn live in an old two-story corner store in the Irish Channel. They have three spaces dedicated to creating art: a garden, an office and a garage. In the garden, they grow flowering plants, including okra, brugmansia, salvia, and sweet potato. Courtney uses stop-action photography and video to capture their transformation from bloom to wilt. The upstairs office if filled with computers, monitors, and lots and lots of cords. There, Courtney choreographs her digital images with coding support from David. Downstairs, with a projector, a laptop and a blank wall, they “audition” their latest creations.

In our conversation, the duo admitted, “Most of the work happens upstairs in the climate-controlled office with the computers.” After spending time in the basement sauna, I completely understood why.

According to David, “We sometimes work alone and we sometimes collaborate. It all depends on the project. Working together, often in the same room, allows us to share our technical and critical feedback on whatever we are working on. We have different aesthetics and different areas of knowledge that usually complement each other…

We have always enjoyed working with others in shared spaces. Having the studio space be part of the family space leads to many interruptions, but it also allows us to sneak in some work occasionally.”

That “occasional” work is absolutely mesmerizing!

Author’s Note: I had this crazy idea to include flip book animation in a writing project of mine. I reached out to David for help. He said, “That sounds like a challenge. Let me see what I can do…”

Two weeks later, he came back with a solution – and I said, “Wow!” 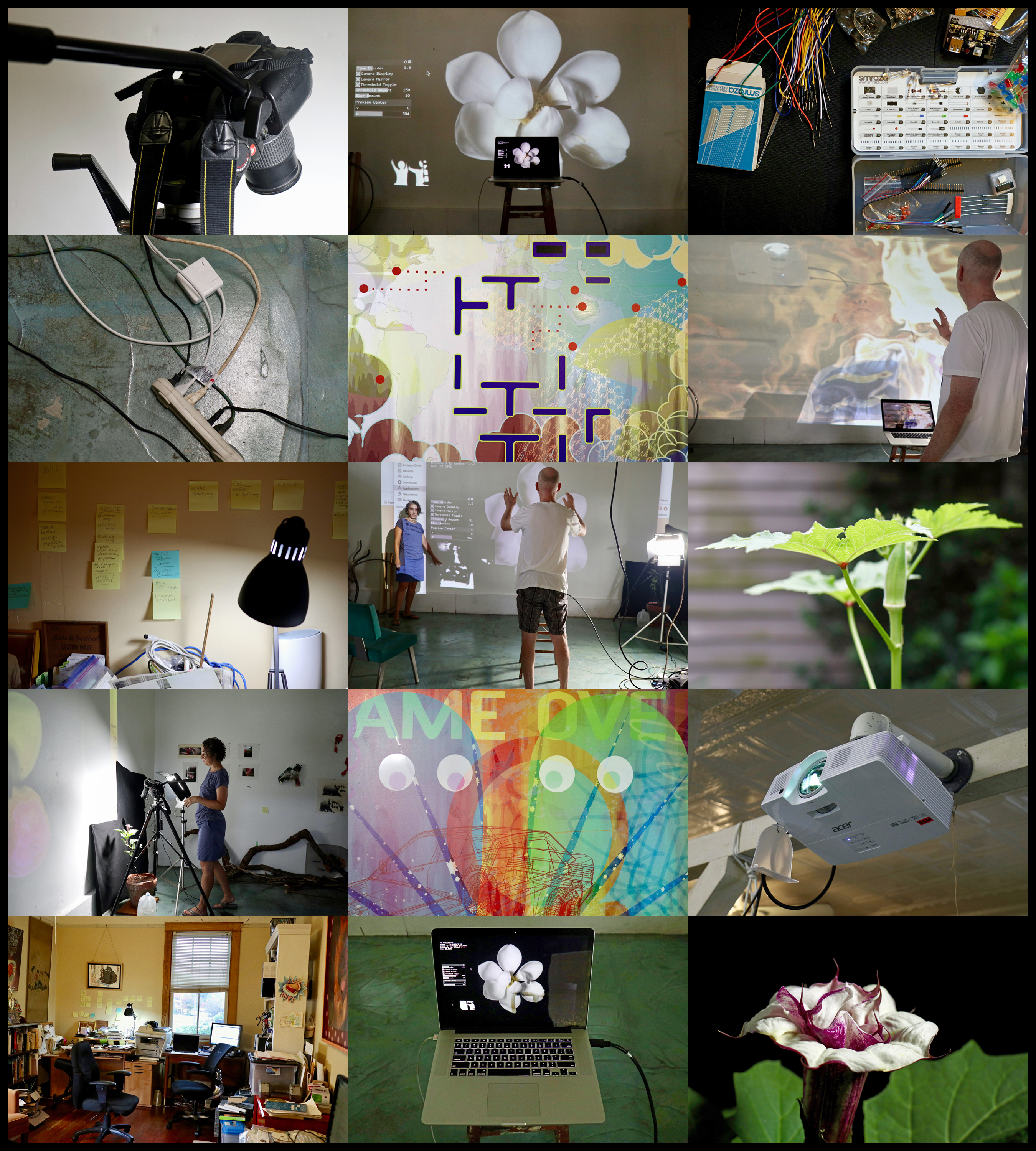 The studio of Courtney Egan & David Sullivan. (Photos and collage by: Folwell Dunbar)

Courtney is represented by Arthur Roger Gallery on Julia Street. Her website is www.courtneyegan.net. David has a show in October at the Bradbury Art Museum in Arkansas. To learn more about him and his work, go to www.swampmonster.org.

Portrait of a creative space: The studio of Mary Logan Rooney
Artists

Portrait of a creative space: The studio of David Rae Morris
Artists