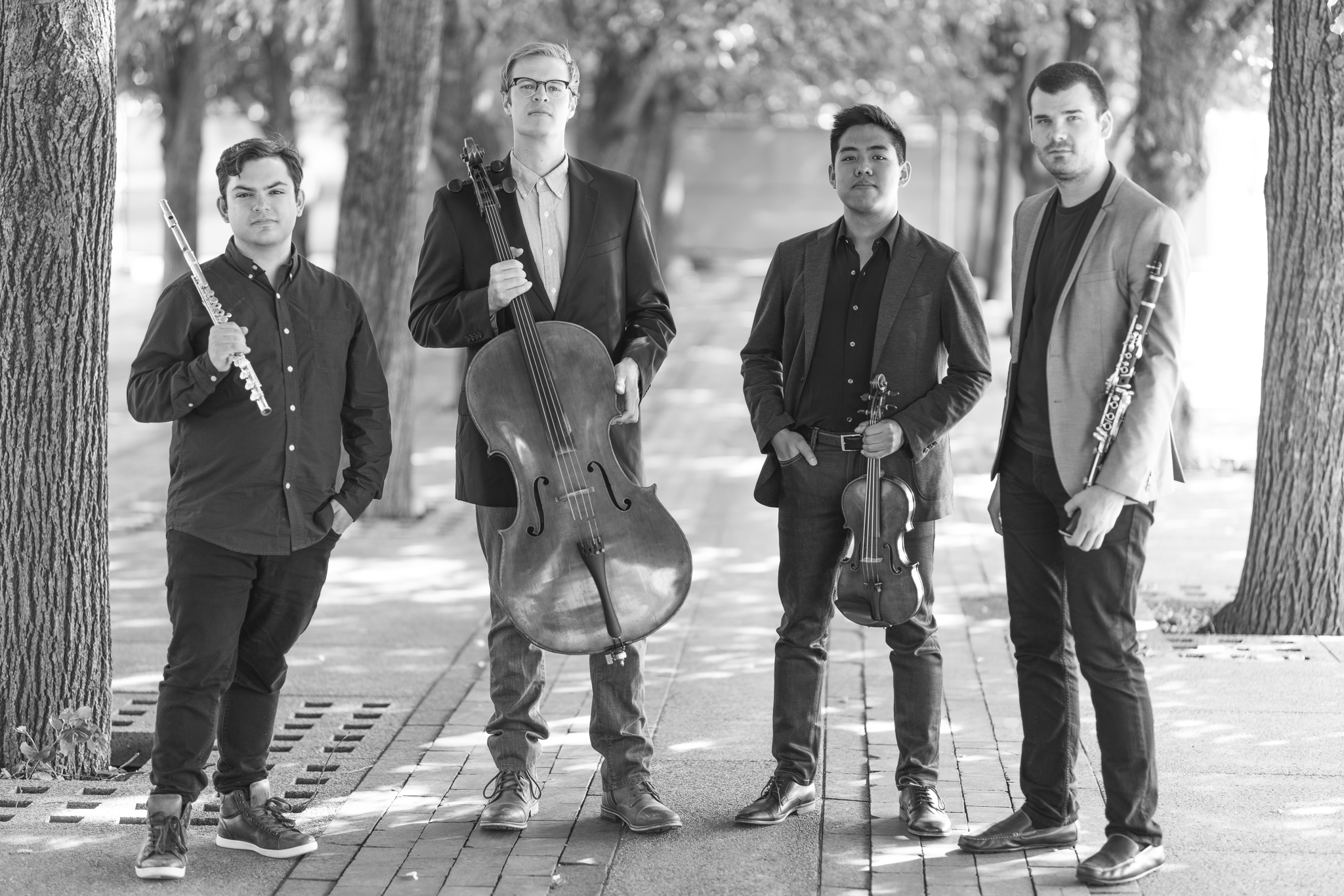 Since its launch in 2014, Versipel New Music has become a familiar and notable presence in the New Orleans music scene, highlighting a diversity of contemporary music styles in performances by their collective of local musicians. Over the years, through their Visiting Artist Series, Versipel has also played host to cutting-edge contemporary artists from across the country—featuring soloists who push the boundaries of their instrument through innovative techniques (e.g., trombonist Weston Olencki and pianist Mabel Kwan) or ensembles sporting unorthodox instrumentation that play new or rare repertoire (e.g., quartets Hypercube and Loadbang). For its next concert in the series, Versipel brings us more of the latter, presenting Boston-based Hub New Music in their Crescent City debut Thursday, April 26 at the Marigny Opera House.

Schuessler, who is also Versipel’s Assistant Director, composed “Looking-Glass Insects” (2018) specifically for Hub. Schuessler describes the new work as part of a larger cycle of mixed chamber pieces exploring “such themes as tension, disorientation, dysphoria, and childhood bewilderment” found in “Through the Looking-Glass” by Lewis Carroll. The piece takes its name from the novel’s third chapter, and its score reflects Alice’s experience of losing her sense of time, space, and perspective within the pages.

Composer Laura Kaminsky received a lot of attention recently for the success of her first chamber opera “As One” (2014), which tells the story of a transgender woman’s journey to self-actualization, leading to many recent chamber opera commissions for the composer. But Kaminsky has been composing steadily for over three decades, amassing a number of abstract instrumental scores—many of which explore social and environmental topics. “The Full Range of Blue” (2001), which Hub will be performing Thursday, is a visceral piece that references the manifestation of the color blue in nature and written in response to 9/11 and its aftermath.

Also on the program is Syracuse native Robert Honstein’s nine-movement piece “Soul House” (2017), which was commissioned by Hub New Music and received its premiere by the ensemble in January of this year. Each movement is a vignette depicting various parts of the composer’s childhood home, including memories of a sun-soaked bay window and a driveway where he and his siblings would scuffle over who got to ride shotgun. Honstein writes that decades of memory permeate the house, and it “is a constant reminder of all that life and living we shared. With that feeling in mind, I wrote this piece: a love letter to the house I grew up in.”

Hub New Music performs Thursday, April 26 at the Marigny Opera House as part of Versipel New Music’s Visiting Artist Series. The concert begins at 7:00 p.m. A suggested donation of $20 for adults and $10 for students and seniors will be collected at the door.

Joe Shriner hosts WTUL’s 20/21 show and is a NolaVie contributor. A radio producer by profession, he is currently senior producer for the NPR-affiliated program Louisiana Eats.