Paul McCartney’s “Freshen Up” tour kicks off in New Orleans 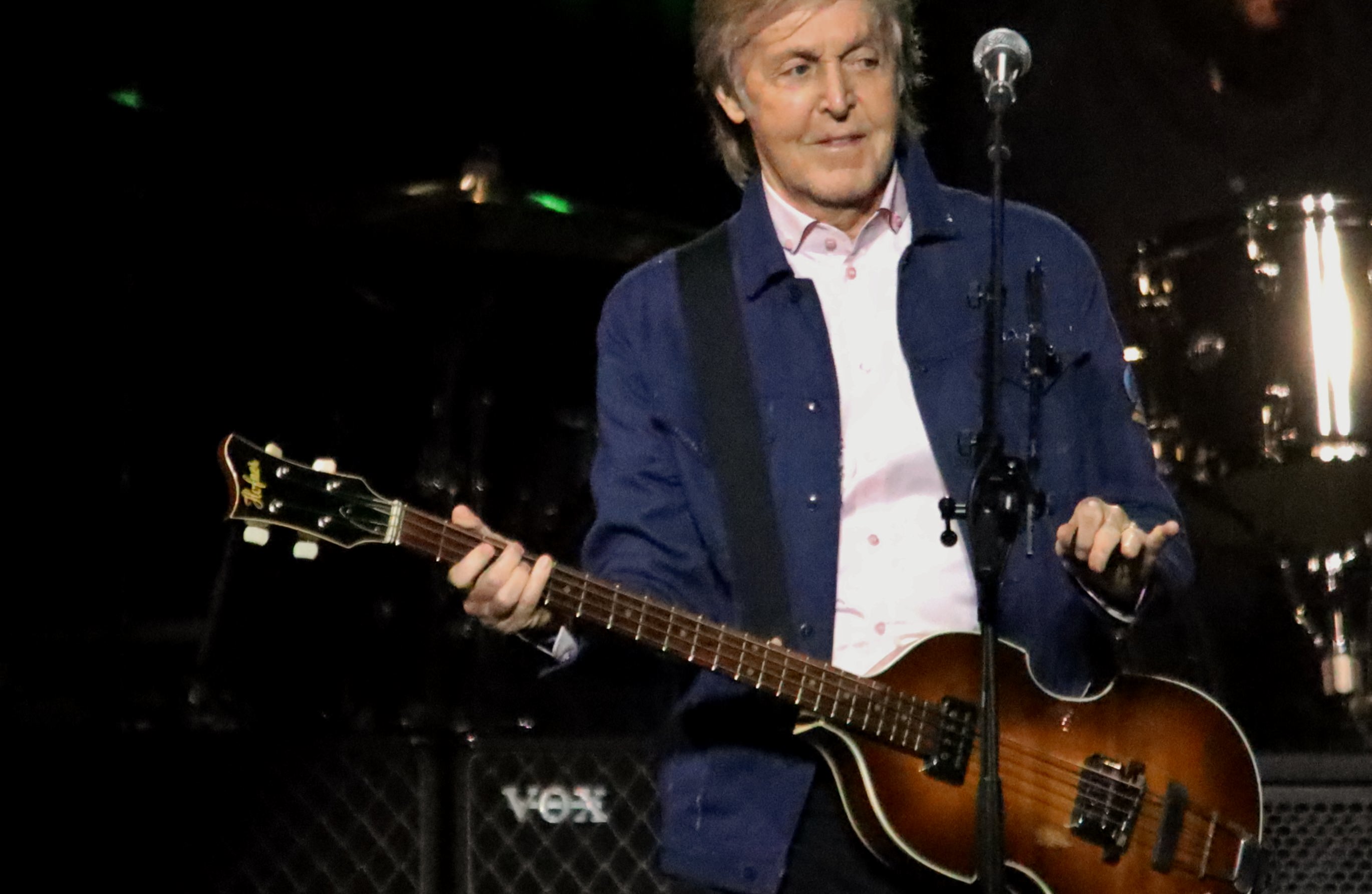 Paul McCartney started the North American leg of his “Freshen Up” tour at the Smoothie King Center on  May 23 with a transcendent performance that featured some of the greatest songs ever written.  Over the course of two and a half hours, Sir Paul packed nearly 38 songs into a sprawling setlist that ran from his days with The Quarrymen through last year’s Egyptian Station.  McCartney’s ace band, who has been backing him since 2002, flawlessly pulled off all the classic Beatles and Wings songs as the crowd helped out with singalongs every chance they got.  At 76 years old, McCartney shows no signs of slowing down any time soon and seems thrilled to be able to play this music night after night.

Never one to rest on his past achievements, McCartney has kept a steady creative output this decade with the release of three critically-acclaimed albums and unexpected collaborations with artists like Kanye West and Italian DJs The Bloody Beetroots.  In 2018, McCartney surprised fans and casual onlookers as he performed a series of secret shows in New York City and London, including his old Liverpool haunt The Cavern Club, the famous Abbey Road Studios, and Grand Central Station. 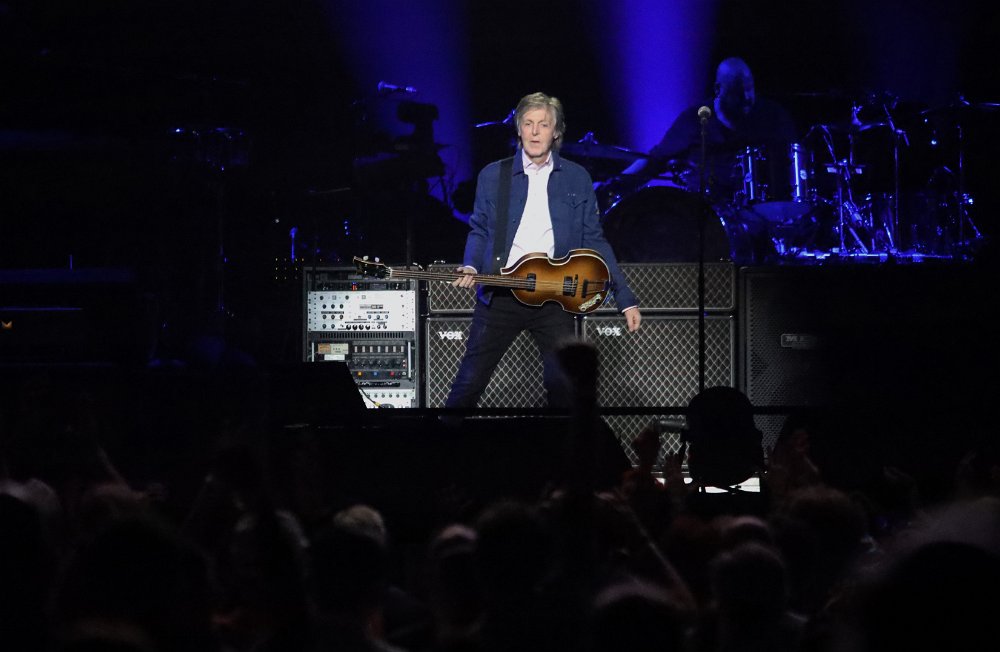 McCartney emerged to thunderous applause around 8:20 PM, strapped on his iconic Hofner bass, and launched into “A Hard Days Night.”  A couple new solo songs followed before the band was joined by a three-piece horn section to help out on “Got to Get You Into My Life.” With the band fully locked in, McCartney ditched his jacket, loosened a few buttons, and settled into the Wings classic “Let Me Roll It.”  The band turned up the heat when McCartney faced off with his drummer for the song’s rocking climax and then segued into a tease of Jimi Hendrix’s “Foxy Lady.”

McCartney took his first trip to a grand piano near the rear of the stage for a beautiful “Maybe I’m Amazed.” The band then stripped down to a semi-acoustic setup for a run that included “I’ve Just Seen a Face,” “Blackbird,” and “Eleanor Rigby,” as well as The Quarrymen’s “In Spite of All the Danger,” the first song McCartney ever recorded.

The band switched back to the full setup for a rousing “Ob-La-Di, Ob-La-Da” that the audience carried with an extended a capella outro. The band stepped on the gas from there and refused to let up for the rest of the show. “Band on the Run” saw all three guitarists switch instruments mid-song for a note-perfect rendition that sounded right at home in an arena setting.  The set ended with the jaw-dropping run of “Let It Be,” “Back in the USSR,” “Live and Let Die,” and “Hey Jude.” 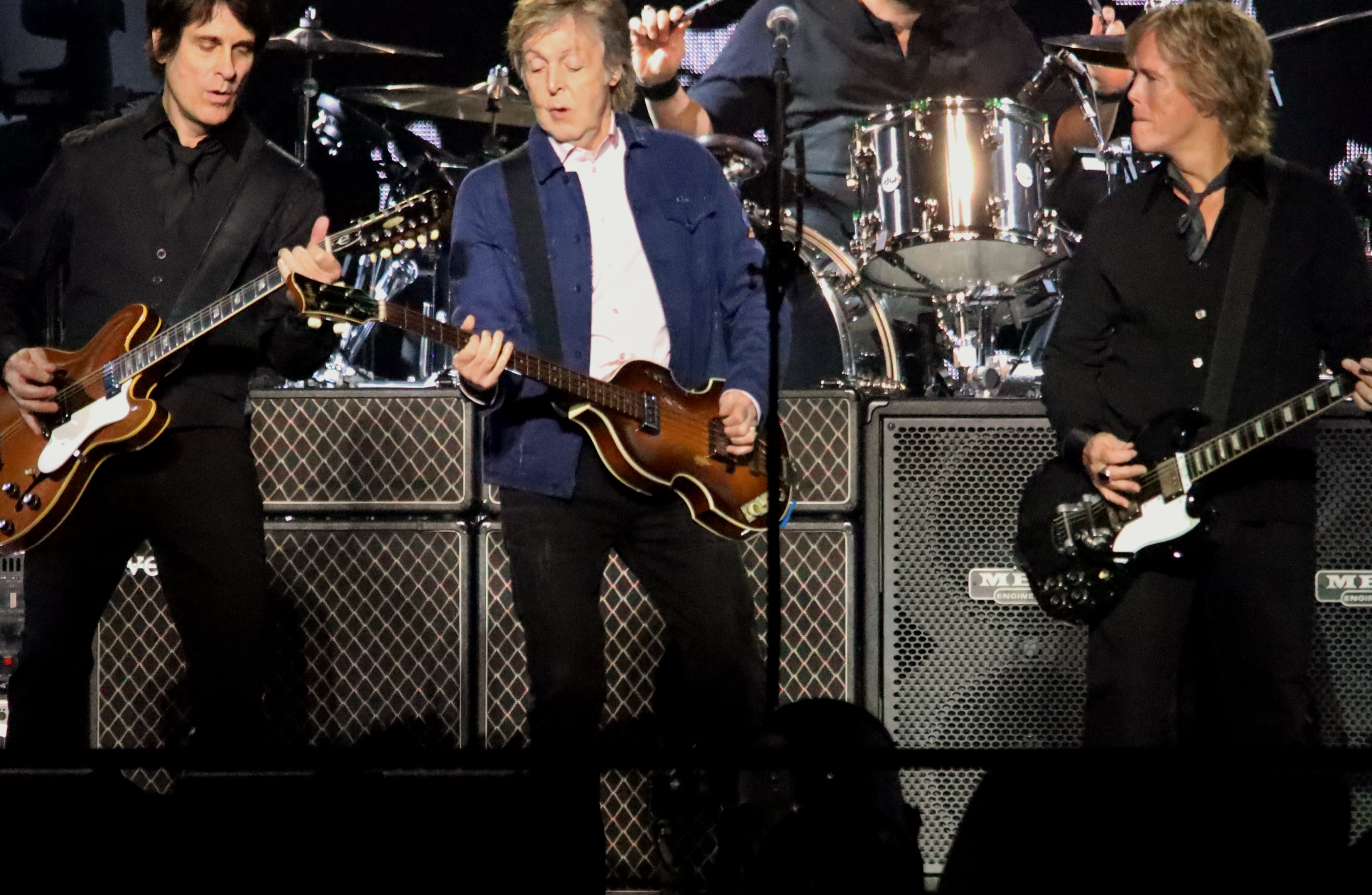 After a quick break, the band emerged for a breathless encore that kicked off with “Birthday.”  A rocking “Sgt. Pepper’s Lonely Hearts Club Band” seemed like an appropriate song to end the night (“we hope you have enjoyed the show,” etc), but the band launched right into the psychedelic madness of “Helter Skelter” before the crowd could catch their breath.  A wall of feedback enveloped the stage as hypnotic patterns displayed on the huge screens and McCartney howled through the heaviest song of the night.

What’s left to play after all of that?  The great unfinished Beatles magnum opus, of course. Sitting quietly down at his grand piano, McCartney played the gorgeous intro to “Golden Slumbers” to start the epic closing of Abbey Road. Seguing into “Carry That Weight,” McCartney moved back to center stage and strapped on his bass while the band traded solos and ratcheted up the intensity with each measure until dropping back down to just the piano for the climactic “The End.”

As McCartney sang the iconic line “And in the end, the love you take is equal to the love you make,” the magic of The Beatles was once again brought to life and reminded the crowd how special this music really is.  We should all be thankful that McCartney is faithfully carrying the torch for this timeless music, bringing immeasurable joy and happiness to so many people around the world. 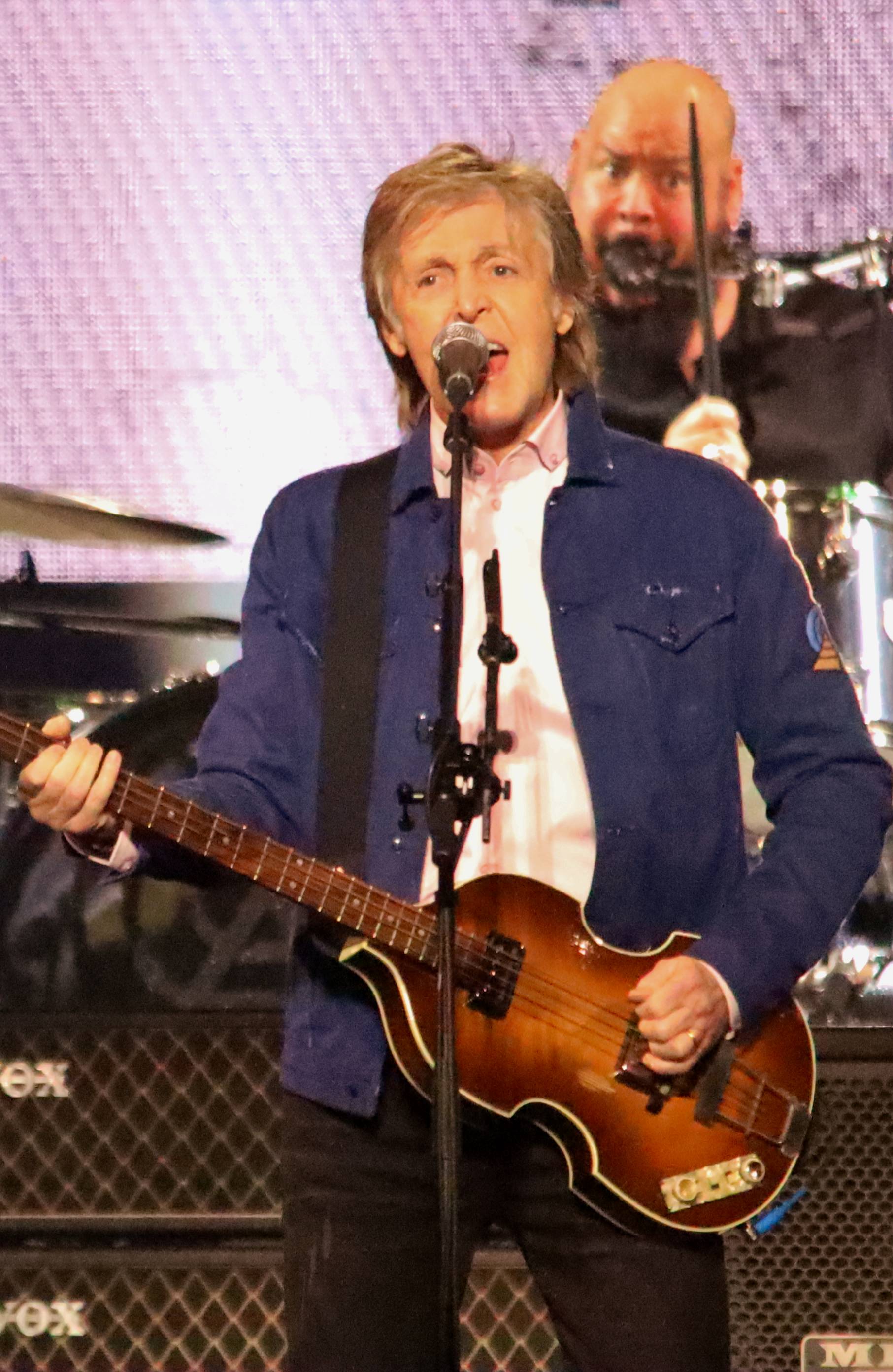 Got to Get You Into My Life

Come On to Me

Let Me Roll It

I’ve Got a Feeling

In Spite of All the Danger

From Me to You

Being for the Benefit of Mr. Kite!

Band on the Run

Back in the USSR

Recap: Broken Social Scene at The Joy Theater
Music
We use cookies to ensure that we give you the best experience on our website. If you continue to use this site we will assume that you are happy with it.Ok