Portrait of a Creative Space: The studio of Carlton Scott Sturgill

Here in New Orleans, most art studios are located in repurposed spaces. They were once guest bedrooms, garages, attics, storage sheds or camelbacks. The studio of Carlton Scott Sturgill is no exception, only it is part of an entire repurposed building.

The former Union Brewing Company on North Robertson and Press Streets was built in 1912. After Katrina, the artist and distiller, James Michalopoulos, bought the enormous shuttered building and carved it up into a veritable warren of creative spaces. Instead of beer, it’s now producing paintings, sculptures and music.

According to Carlton, “New Orleans gave me the space that I needed to create large-scale works. For years while living in New York I had dreamed of building a greenhouse filled with handmade flowers. Unfortunately, there was no way that the structure that I envisioned would fit inside of my 220-square-foot Brooklyn studio. The space constraints forced me to work on smaller projects, which put a cap on my creative ambitions. That changed as soon as I moved to New Orleans.”

“New Orleans is a city filled with artists,” he continued. “Whether they’re making costumes or decorating Mardi Gras throws, it seems like everyone here has a creative outlet.”

In a repurposed brewery in the Upper 9th Ward, Mr. Sturgill is definitely exploring his own creative outlet. 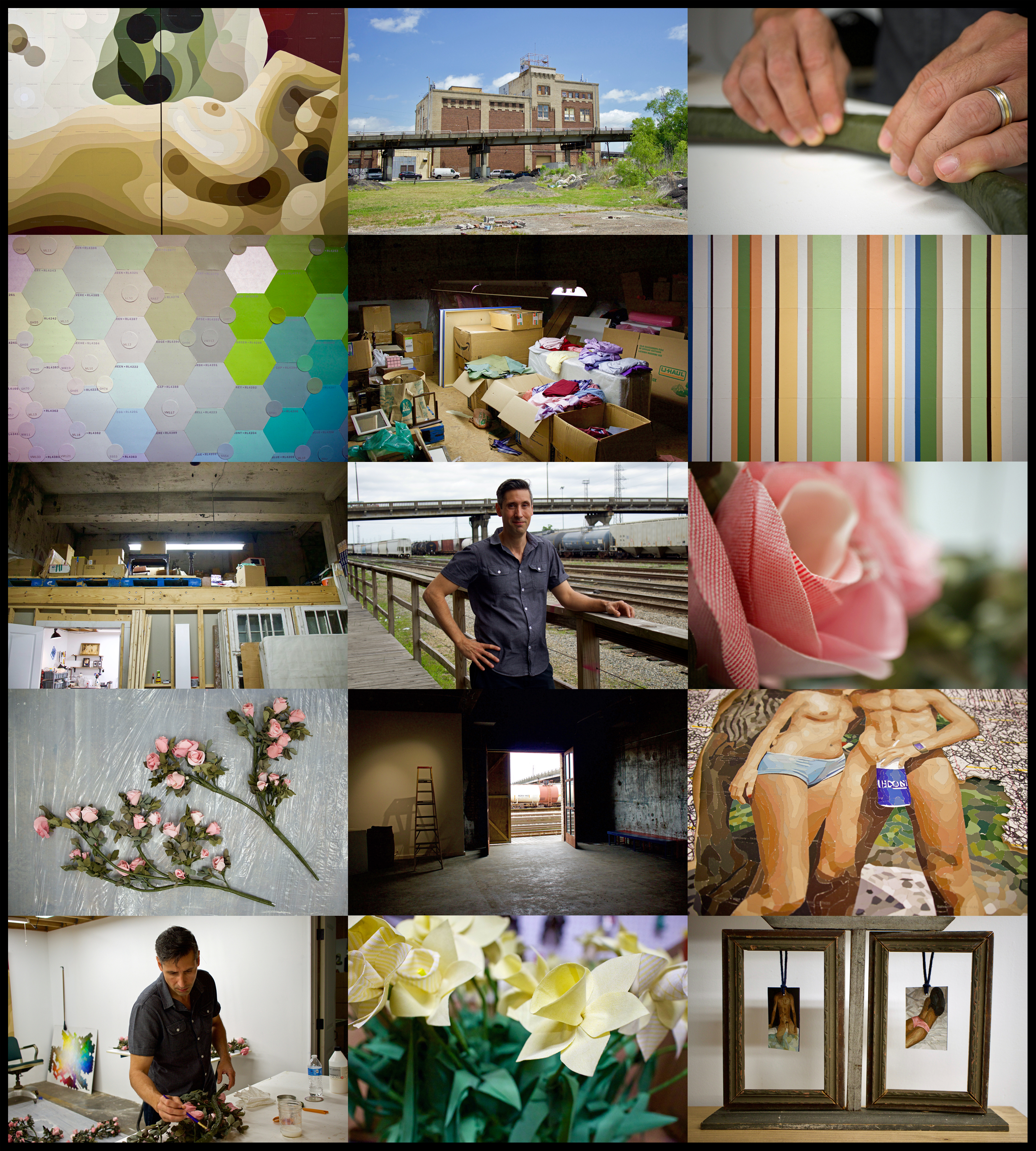 The studio of Cartlon Scott Sturgill, who went from 220 square feet to something a bit bigger in The Big Easy (photos and collage by: Folwell Dunbar)

Carlton’s show, Something Old / Something New is currently on view at Jonathan Ferrara Gallery on Julia Street. There will be an opening on Saturday, May 5th. To learn more about the artist and his work, go to

Portrait of a creative space: The studio of Regina Scully
Artists