Ce n’est pas vrai: Yes, it can be true with École Bilingue Often when the last day of school hits, kids are running for the doors with the word “freedom” on their lips. The students at École Bilingue de la Nouvelle-Orléans, however, have been signing up for the school’s summer camps so that they can continue their French education no matter what the season.

Established in 1998, École Bilingue has added more classes due to the demand for a French immersion program, and they continue to seek out more French accreditations from the French Ministry of Education. They earned their first accreditation in 2005 for their Maternelle classe, and they continue to pursue additional accreditation through the National Association of Independent Schools (NAIS). These accreditations mean they can give their students even more French education and growth. From its inception, École Bilingue has focused on outreach, and by adding classes and expanding their current programs, the school continues to run strong with classes that begin with students as young as 18 months and up to students in the 8th grade.

Beginning with full immersion (a.k.a. French-only in the classroom), the students are surrounded by French language and culture. “By hearing the language and by seeing it through the different activities they’re doing, [the students] are learning in all the different ways that children will learn, and it’s a natural approach–just like they would learn at home with a parent,” Courtney Kloor, Director of Admissions at École Bilingue, explains. She herself does not speak French, but she has enrolled all of her children in École Bilingue due to many factors, including the French connection we have right here in Louisiana. 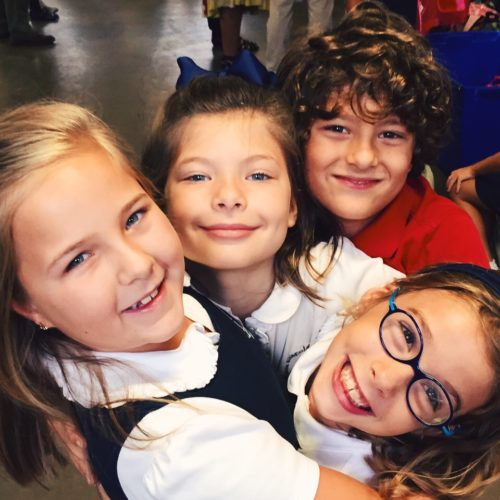 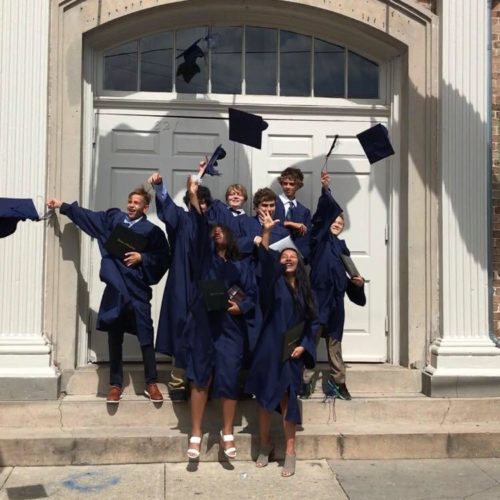 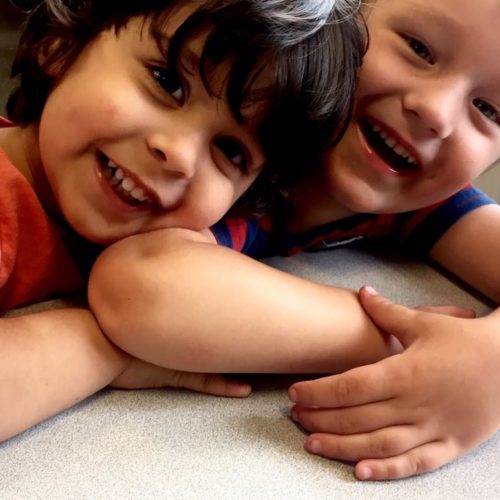 All smiles at school (Photo courtesy of: École Bilingue)

When explorer René-Robert Cavelier, Sieur de la Salle landed on Louisiana, he knew it had that certain je ne sais quoi. We get it, René, we love this place too, and we often can’t explain why. His passion for Louisiana led to him naming the place after King Louis XIV, and we were under French control from 1682 to 1762 and 1802 (nominally) to 1803. We all see the remnants of that history when we walk through the city–whether it be the French colonial architecture (think Ursuline Convent) and the French cottages in the French Quarter or all those signs that say “Geaux Saints” (okay, maybe not that one). We have a vibrant love for all things French in New Orleans, and École Bilingue embraces that adoration and respect. “Our program helps keep that linguistic and culture alive,” Kloor says, as we talk about the various learning and activities the students complete during the academic year and at the summer camps. Of course, the academic year and the summer camps deviate in the details, but both of them always have a strong focus on language and culture at their roots. As Kloor says, “The summer program, it is a little bit more relaxed. There is not a French proficiency needed for the students that are a little older that come into the program… for our current students it’s a fun way to keep the French up during the summer and for the students coming in that haven’t spoken French, it’s a fantastic way for them to start creating that foundation.” A large part of language learning is based in physical movement. The brain remembers the word for ball (ballon) much better when it is heard, seen, and kicked; therefore, these students get the added benefit of play being part of their education during these summer programs.

École Bilingue aims at having a highly inclusive environment that welcomes everyone because…well, languages can be intimidating. Kloor says her not being fluent in French relaxes a lot of parents and students because they see her as part of the school even though she is not speaking French the moment they walk in the door. Still, she has some favorite sayings; on of them being “Ce n’est pas vrai” (it can’t be true).

Those words of disbelief also seem to represent how students and parents feel about the wonderful education given at École Bilingue. For us in New Orleans, we sure are glad it can be true.

Ecole Bilingue will be having an Open House on October 26 from 4:30 PM until 6:30 PM. They also have their annual Fête Française street festival that is open to the public and celebrates everything French in New Orleans.  The festival is held in March each year, and you can find out more details about the festival, the school, and their enrollment process on their website.

Bard Early College New Orleans: Using the classroom to design for all
Audio and Podcasts