Suis Generis: Where they take farm-to-table to a Tiki level 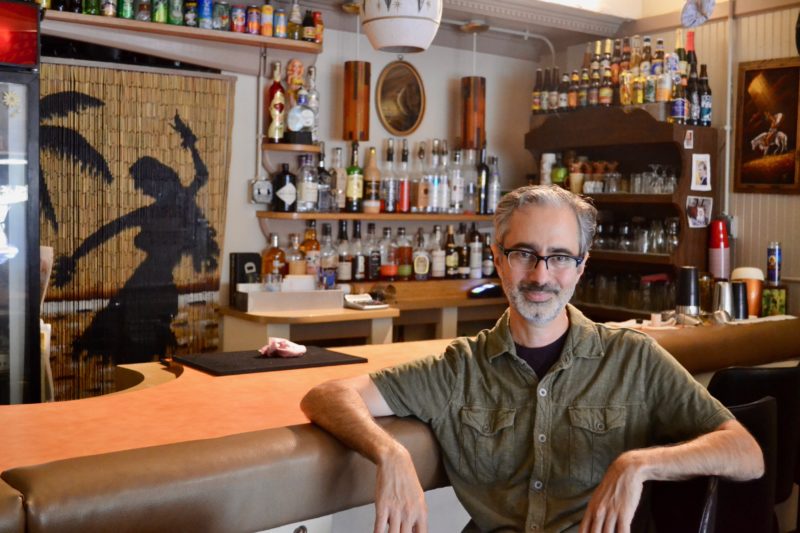 Ernie Foundas, owner and operator of Suis Generis and the Tiki farm that sources their food. (Photo by: Kelley Crawford)

Most people return home from traveling with photos and stories, but Ernie Foundas and his partner Adrienne Bell aren’t most people. Foundas and Bell run the restaurant Suis Generis (pronounced: soo-ee jen-er-is), and after trips to Thailand, Fiji, Tahiti, and other jaunts around the South Pacific they brought home a restaurant and a Tiki farm. Okay, maybe I shouldn’t mince words here;  they didn’t necessarily “bring” these entities home with them, but the inspiration they found on their travels have led to the creation of Suis Generis and the newly added Tiki farm, which had its grand opening on Memorial Day weekend.

Owning up to its Latin name (suī meaning “of its own” and generis meaning “origin, kind, class”), Suis Generis really is “of its own kind/class.” The menu changes every week, and the presentation of that menu also goes way beyond words describing dishes. They’ve had a “Top Secret Menu”  where patrons only see partial descriptions of the dishes; when Foundas acquired some “purple rain spinach” from a farmer, the menu became Prince-themed that week; and since the restaurant also showcases a local artist every month, there are plans to make a “Visual Arts” menu where you choose the artist’s drawing, and that determines the dish you get.

“As you change the menu every week, you have to keep searching for the newest and most interesting ingredients,” Foundas explains, and that is what led to Bell and Foundas starting their own farm. Because all the farms they were working with — while great — just weren’t weird enough.  After Bell and Foundas visited an organic farm in Fiji, they were enchanted with the, “…exotic, tropical plants. And obviously Fiji is good for that, but New Orleans is also good for that as well, and we were instantly energized with the possibility of bringing that to New Orleans,” Foundas says.

And that’s exactly what they did. 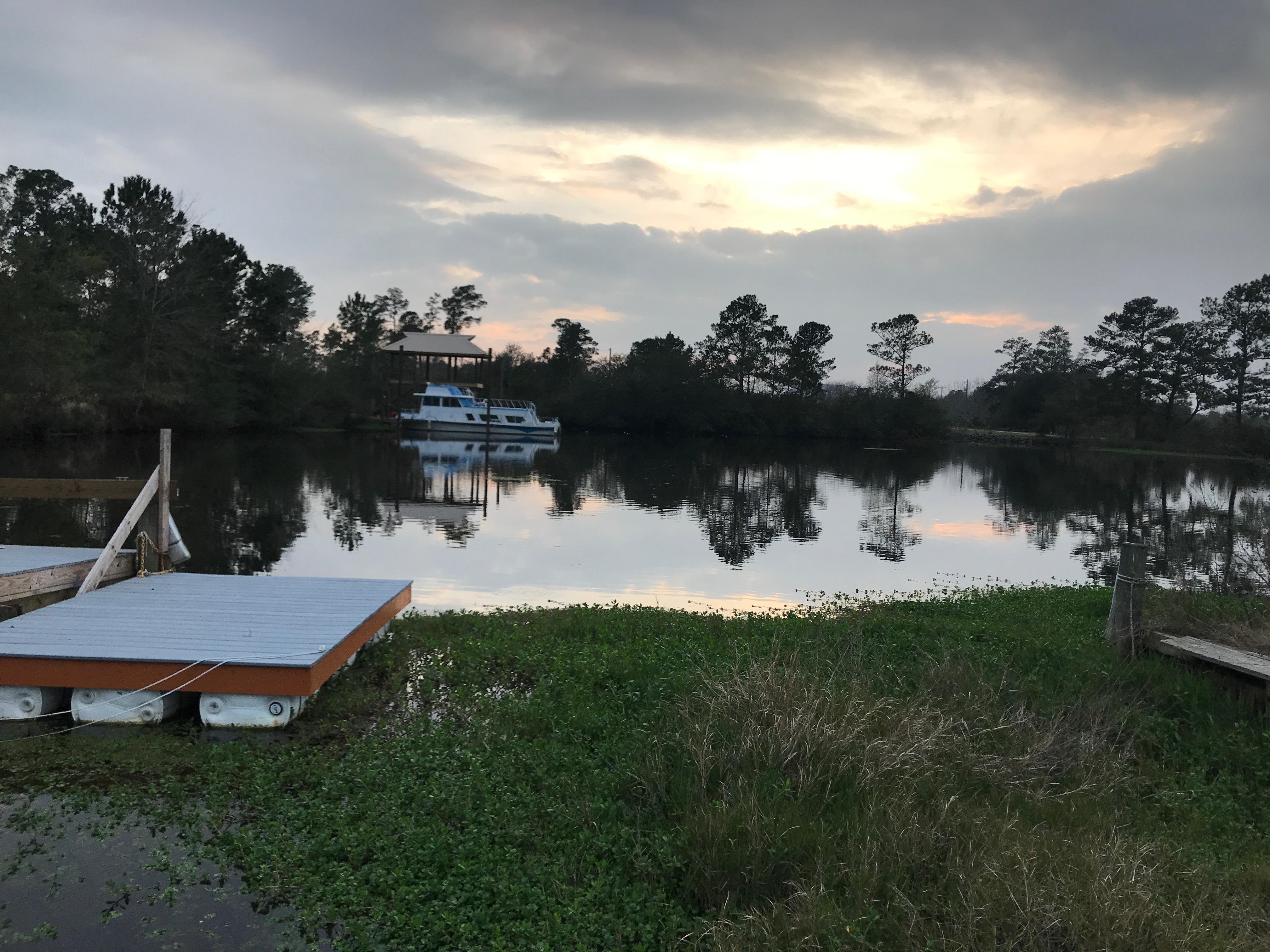 A view of the houseboat on the Tiki farm, which is owned and operated by Ernest Foundas and Adrienne Bell. (Photo by: Ernest Foundas)

Foundas and Bell scoured Louisiana and Mississippi until they uncovered a property in Pearlington, Mississippi. The second they put their feet on that ground, they knew this floating farm was perfect for them, so they started planting and building. “The genesis of the farm comes from Tiki, from Fiji, and from South Pacific in general, so that’s why we decided to name it the Tiki farm,” Foundas explains and with giant hands for seats, bamboo structures, Tiki posts placed all around the property, and a house boat that’s good for peering into nature, listening to music, and sleeping, it’s become more than just a farm. It’s grounds for food many have never heard of — Australian finger limes; jaboticaba; grande nain; yellow melon; edible bamboo and flowers — but I’m sure everyone will want to try. 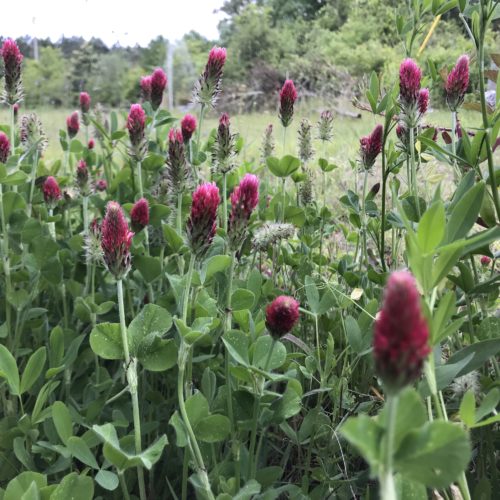 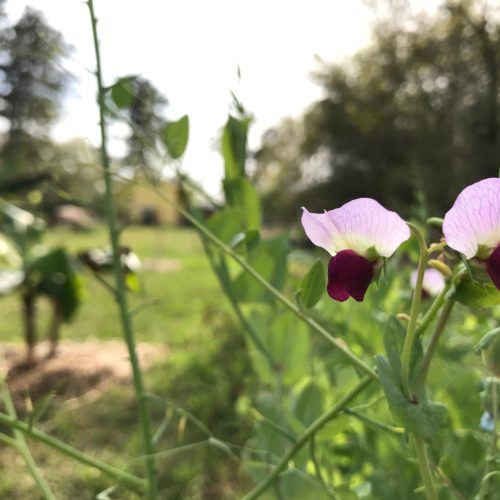 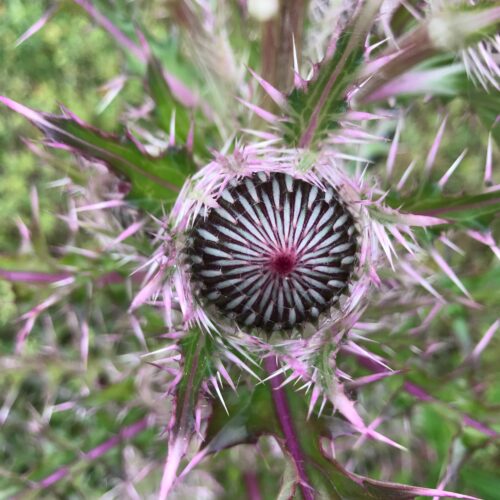 Foundas, who is the executive chef at Suis Generis, is no stranger to adventurous cooking. As he says, the restaurant is, “a food lab. It’s a playground for chefs.” Each week the chefs get together to look at what’s available in terms of food from the farmers, and then whatever creative ideas they have, they run with. They’ve cooked goose barnacles. They served bugs for Halloween. And now that they can source food from their very own Tiki farm, Foundas says the ideas are limitless.

But it’s not just about searing, and slicing, and serving for Foundas. The boat house on the Tiki farm offers Foundas a place to think. “You’re about 14 feet above the water, so you look down into the end of the bayou, and you can see schools of bate fish, mullet jumping, and alligators…if you sit up there and look down, you can really see the nature all around you.” And this is what he wants to share with the community. 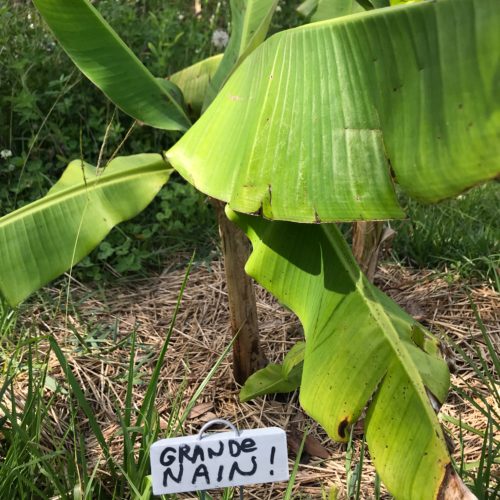 The growing vegetation of the Tiki farm. (Photo by: Ernest Foundas) 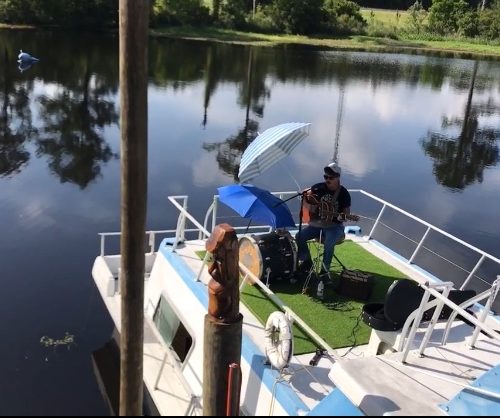 View from a houseboat. (Photo by: Ernest Foundas) 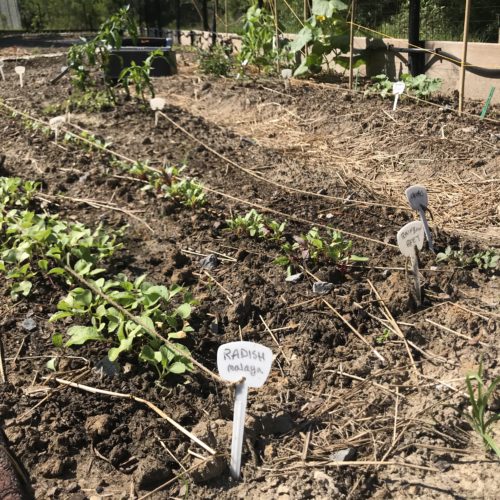 The growing vegetation of the Tiki farm. (Photo by: Ernest Foundas)

From opening up the house boat as an Air B&B rental to offering the farm as an excursion where people can throw parties or have a personal chef tour the farm with guests and then cook a meal for them on sight, Foundas and Bell want people to see where their food comes from. And they want people to feel connected — to the restaurant, to each other, and to the food in New Orleans. 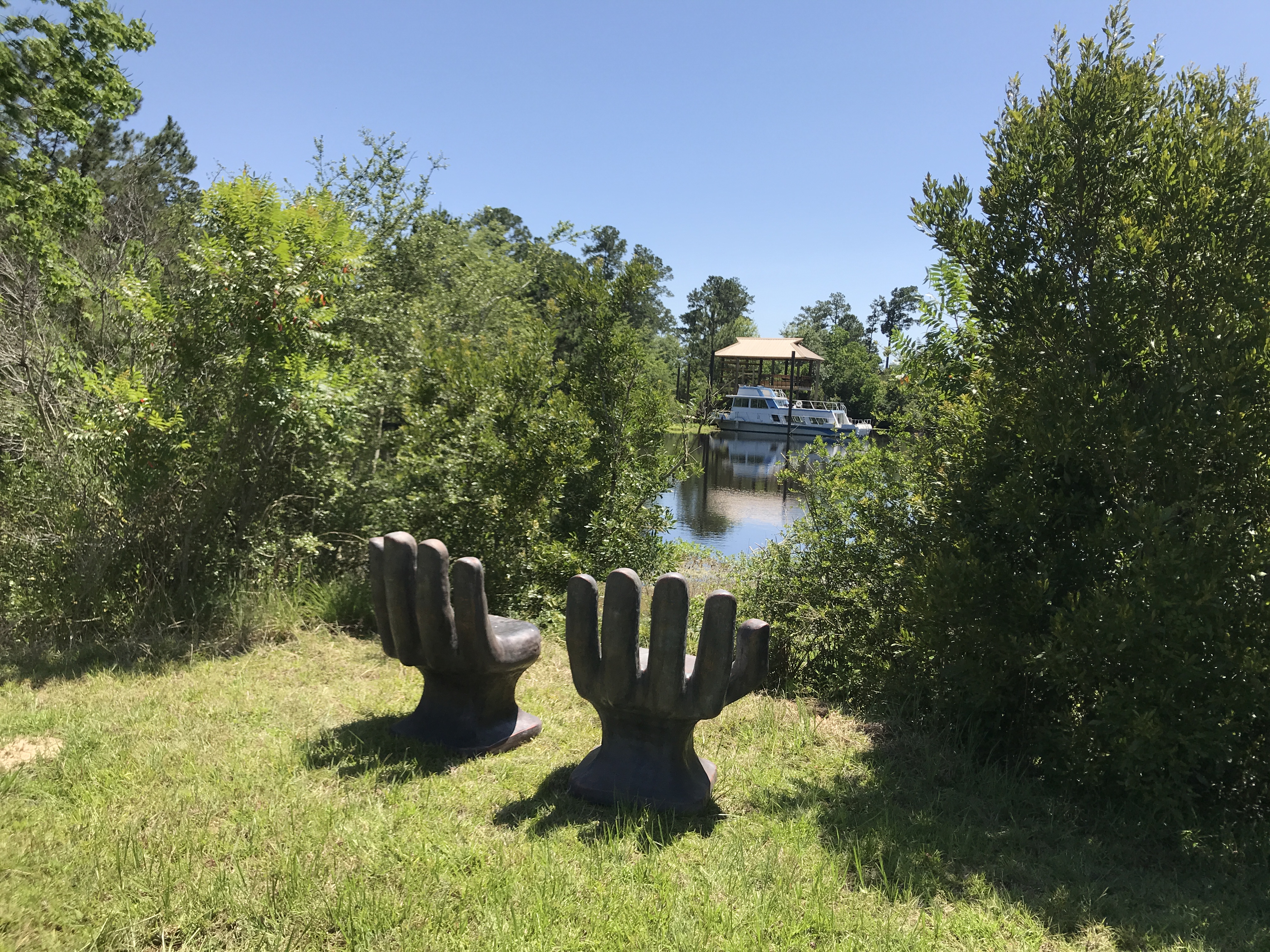 Hands with a view on the Tiki farm. (Photo by: Ernest Foundas)

You can visit Suis Generis at 3219 Burgundy Street as well as check out their website for information about their newest menu.

A visual taste of Briquette
Photos and Creative Art

Artists in their own words: Ernest Foundas
Chefs and Restaurateurs