Artists in their own words: Ernest Foundas What: Executive Chef and DJ

Location of interview: At his restaurant Suis Generis (3219 Burgundy) where artists came and went–sharing stories and their art as they did.

Q: How do you think costumes affect people?

EF: They definitely change someone’s demeanor. Someone can become a different person in a costume, and that is incredibly interesting. Everyone seems to be looking for an escape–whether it is through a vacation, music, or through costume.

When I DJ, it is very much an escape, so I do have a costume with that. My DJ name is DJ Vermiculite, and he is a connoisseur of the unusual. Part of that is me seeking out interesting, different music, and I also have this restaurant, so I like to incorporate interesting music with the food. On top of that, I also like to incorporate the art in the space because every month we spotlight a new artist by providing a gallery space in the restaurant for them. All of those concepts come together when I create the persona that I become.

Even the food we serve affects that persona. For instance, Daphne Loney, who owns Siberia, has done several shows here. In one of those shows, she hung huge fake taxidermy elk all over the walls, so we did ‘Watchingyou Venison’’ for our themed menu. People who ate here thought ‘Watchingyou’ was a farm, but we knew it was because the eyes of the taxidermy elk were on them.

Q: Where would you like to have a mural and of what?

EF: It would be in the South Pacific. I’m thinking it would be on the rocks on a deserted beach. My partner Adrienne and I went to a bar in Thailand called ‘The Rock Bar.’ We saw it because we were kayaking and saw this great graffiti on some rocks at the edge of the ocean. That graffiti was what drew us into the place, and then we saw that there was a bar up top. We parked our kayaks and went inside. They were smoking opium up there, and when they saw us they put their opium away and opened up the bar. It was an amazing place.

So, I would be inspired by those rocks that drew us in. The mural itself would be of food. It would be cooked food, and I would really have to think about what exactly I would want. Maybe some things on skewers, some whole fish because I love doing whole fish, and there would have to be music involved. I would want the feeling of food and music to be present since those two things go hand-in-hand for me.

Q: When do you come up with your menus?

EF: Every Monday night myself and the other chefs get together, and we come up with our new menu. There was a misconception floating around about the restaurant. Someone had written that we essentially operate with rotating guest chefs, but we have a core crew of our own chefs that are always here, which is essential since we change our menu every week.

When we get together we look at the inventory we have on hand, we put together our list from our purveyors, and then our menu concepts are either ingredient-driven or idea-driven.

In fact, one day a farm had a spinach called ‘Purple Rain Spinach,’ so I texted the other chefs and told them to come ready with Prince references for a Prince menu. All the dishes for the menu were Prince related, including a ‘Vanity Salad,’ which was served on a mirror, and we played Prince music the whole night. That was one that people loved.

With all this crazy Trump stuff we are now working on a menu that is either going to be called ‘The Special Ops Menu’ or the ‘Top Secret Menu,’ and since our menus are in plastic, we are going to take a grease pen and mark out all but one word on each description. Then we will give people an eraser, and they can find out more if they want, or they can order based on the one word that is shown. That will be coming out soon. 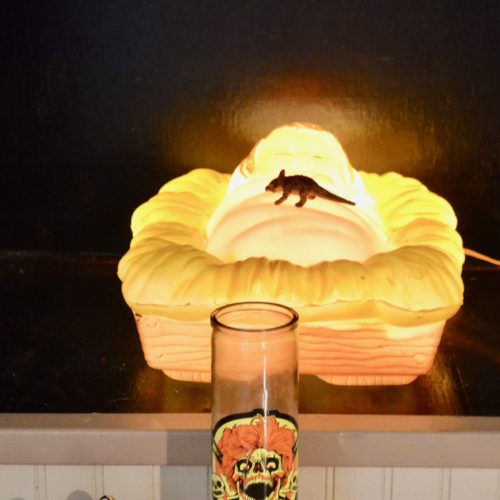 Creationism versus evolution as Suis Generis (photos by: Kelley Crawford) 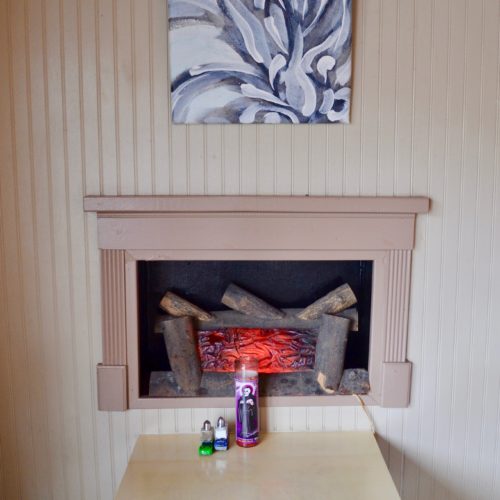 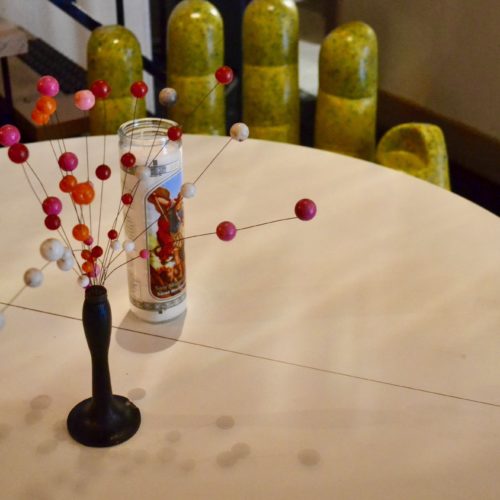 Mod decor and a lending hand at Suis Generis (photos by: Kelley Crawford)

EF: That could be interpreted in so many different directions. But, I would like to rewrite recipes. This is my deal with recipes: they are terrible. Almost all recipes don’t use enough spice, or they don’t use proper technique.

I love talking about food, so I love buying cookbooks, but even if I get a book from a famous chef, the recipes are terrible. I don’t know if they dumb it down, but they never have enough spice or steps to properly make the dishes. For instance, if you cook a curry and you take your peppers, onions, and garlic and add your spices after, that is going to taste radically different than if you put your spices in the pan before you sauté the peppers, onions, and garlic.

Chefs know this, but when they write recipes they don’t talk about it. It’s a good question to wonder why they don’t share this information. There always seems to be something behind the scenes that we don’t really know about. 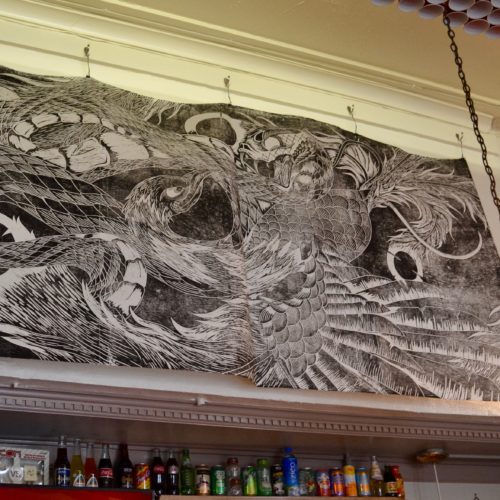 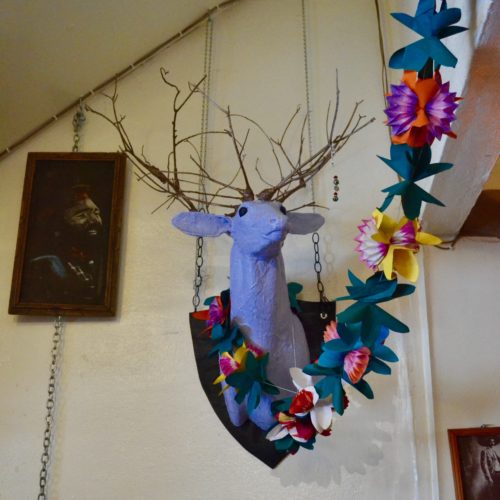 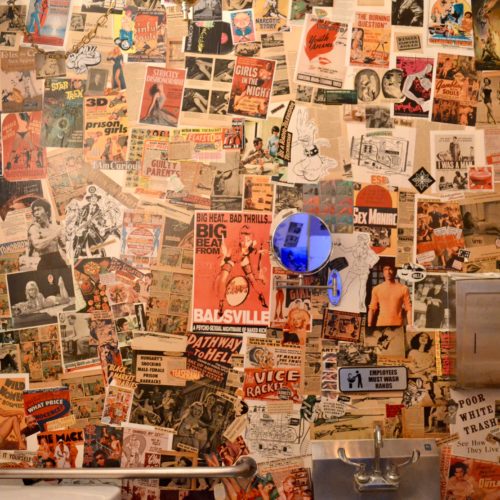 EF: I have been wanting a restaurant since I was a kid. I grew up in restaurants, my grandparents had restaurants, I grew up around the Brennan kids, so I used to go into Commander’s Palace when Paul Prudhomme was there, and he would show me stuff. I started cooking around ten, I worked in restaurants as soon as I could, and I met Adrienne Bell, my partner, in Philly. We were both in the restaurant business, and she is also an amazing designer, so we decided to combine our efforts and start a restaurant.

We bought this building, did all the renovations ourselves, and then we were ready to open. Our Occupancy Inspection was scheduled for the Monday after Katrina. We stayed during Katrina, and evacuated after. Then we came back, and we saw that all the restaurants in town had rotten food, and there was a shortage of where people could eat. We knew that all we needed to do was get our Occupancy Inspection finished, and we could open. Of course, getting the inspection with the city was quite difficult during that time, and we were also trying to get our crew back together.

And then…we had a fire. It burnt the second floor of the building. We lived up there, so we not only lost our second floor but also our house. We had to rebuild again, which took us another five years. All in all, it took us 10 years to build and rebuild the restaurant before it ever even opened.

In other words, you have to really want it. And then, once we opened, we relied on word of mouth. There were other restaurants that opened up at the same time, and they put a lot of money into advertising to get reviews. And they got really good reviews, so there was this upswing of people who started coming to the neighborhood and those restaurants. But, they didn’t really meet the needs of the neighborhood, so once the hype died down, they didn’t survive.

For us, we kept it really under the radar, we built our clientele a little bit each year, and we are still steady rather than packed. Our prices are more geared toward the neighborhood, so we can survive here, and our concept is to be a good fit for those that live around us. We are a neighborhood restaurant for neighborhood people.

Also, we never repeat a menu. If I showed you my stack of menus you would be shocked at how rarely we even repeat a dish. Eventually I want to make a cookbook; although, it would have to be huge if I wanted to include all the menus and recipes. Maybe I could just make them super tiny and have around 30 of our previous menus on each page. There are just so many possibilities.

We never run dry with ideas – ideas are the easy part. In fact new ideas hit me constantly and I am always jotting down notes of things to do or new flavor combinations.  Plus, my crew is great and we play off of each other with crazy ideas and unusual combinations.  We call it ‘Food Evolution’ because certain elements or ingredients carry over to the new dishes as the menu evolves week-to-week.  Last night we were talking about doing french toast stuffed whole duck and a savory creme brulee with a spicy fermented pepper paste layer on the bottom so you get the sweet crispy top, savory center, and spicy bit on the bottom!  It’s all about layering flavors and adding unique elements throughout the dish. The difficult part is getting enough people in the door that appreciate the crazy things that we do here.

Ernest Foundas is the Executive Chef at Suis Generis, located at 3219 Burgundy Street. They change their menu every week, and have special events such as the Fishing Rodeo and Luaus, so you can follow their updates on their website as well as Facebook and Instagram.  If you sign up on the “guest list” on their website you will get a weekly email with the new menu and some detail regarding their ever changing inspirations.