Artist in their own words: Kevyn Morrow 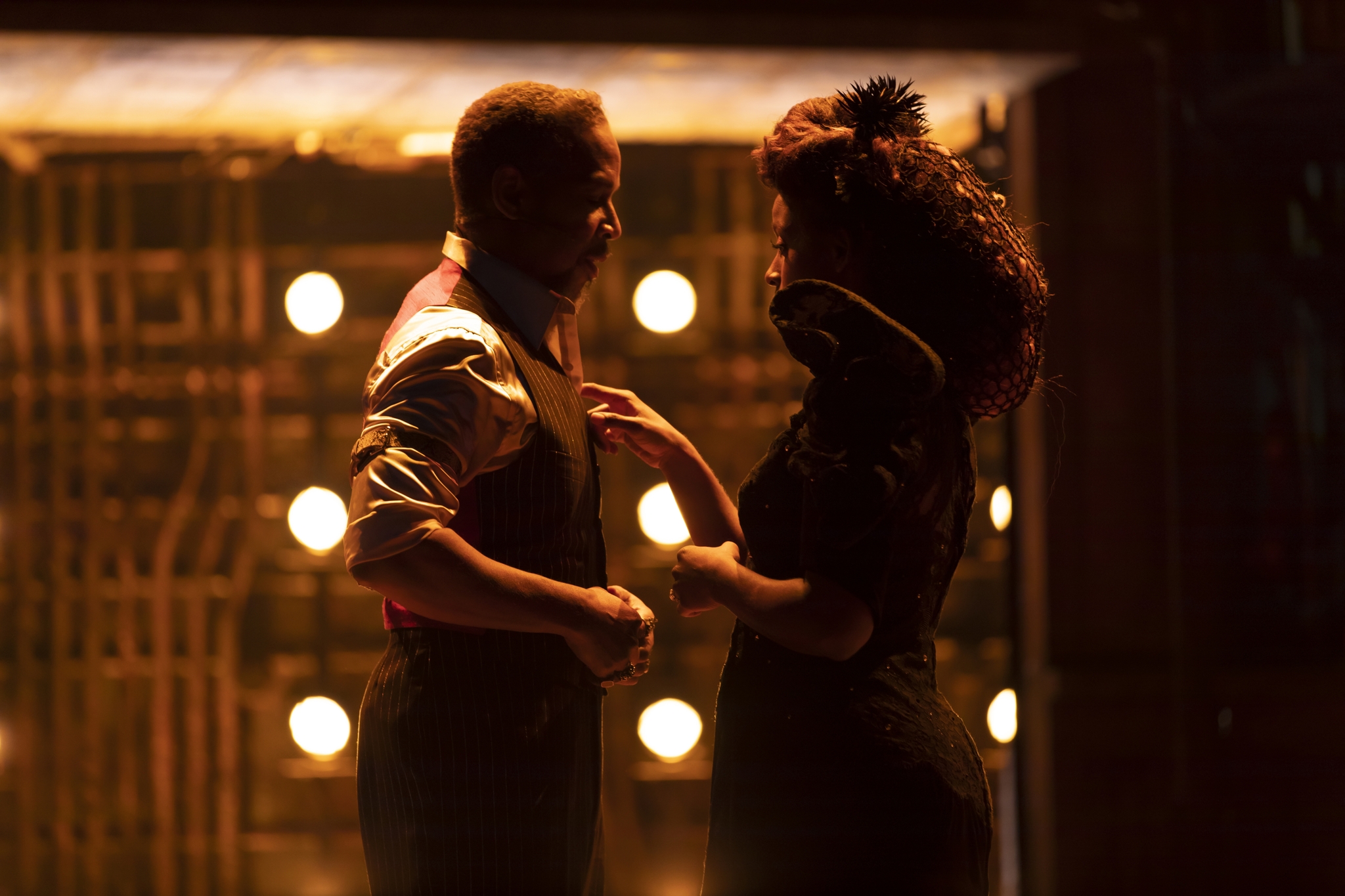 What: Actor, who plays Hades in the upcoming engagement of Hadestown, which will play at the Saenger Theater on December 27-30.

Most Devilish Song: “Chant II” in Hadestown — “that’s when Hades is full fully formed in terms of showing his dark side and relishing in it.”

KC: If you could put your version of Hades in charge of anything in the world, what would you choose?

KM: I would put my Hades in charge of poverty, equity of human beings, and government. In terms of government, I’m not particularly happy with the way that our government has been handling so many issues in our country. And I’m not talking about one administration more than the other one — Republicans versus Democrats or Independents. I’m just not happy.

I would let Hades level that system and turn it into the party of everyone, the equity for everyone. In doing that, he would also help alleviate poverty. They’re all linked.

Hades has always given a bad rap, in my opinion. People might say, ‘oh, he’s the devil, so he’s the worst and he can’t be trusted.’ My opinion of Hades is that when Zeus, his brother, was handing out the various realms, Hades got the worst one. Hades got handed the Underworld, and his response was: ‘Okay, I got you. I’m going to do what I can with this and make the best of it.’ And he does.

Does he need to recruit people? Yes. He needs workers. He needs people. He’s a great businessman, and you need to know what kind of businessman you’re getting involved with. Hades is very honest, you just better read your contract carefully.

KM: I’d choose a TV character rather than a ‘real-life’ person. I’d go with the woman who is loyal and very good at what she does — Olivia Pope from Scandal. She makes no mistakes, and, if she does, she can clean that up and fix it. Hades would like that. 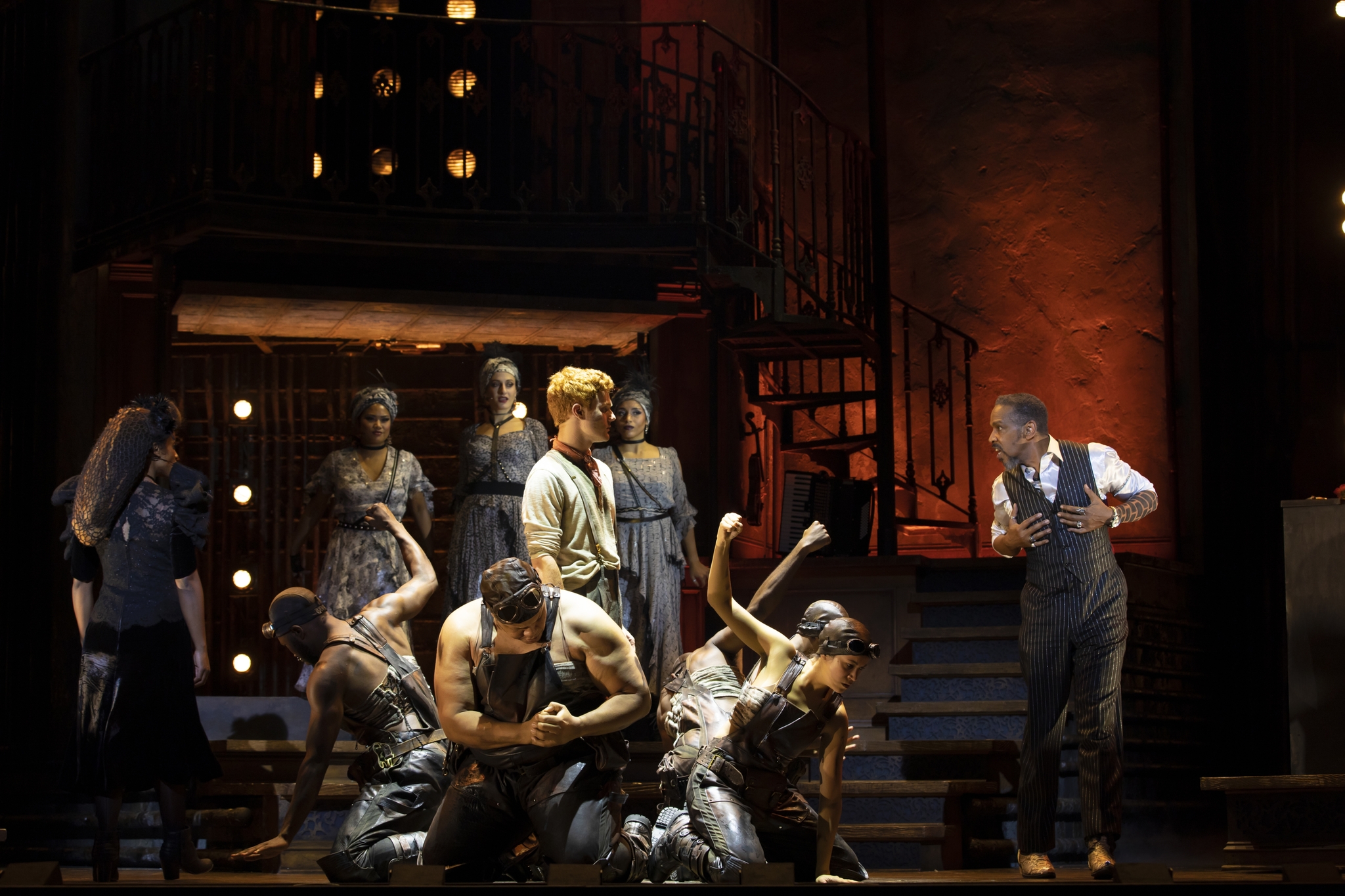 Kevyn Morrow and cast in Hadestown. (Photo by: Teg Folks)

KM: A piece of advice I would give to hades would be: Don’t lose track of the reason you do what you do. You have to see the show to understand that more, but he’s lost his reason for why he has built what he has built.

As for the advice he would give to someone, I think it would be the same thing: Remember your purpose. I think we all, at some point, can lose that. The path that we’re on, the reason that we’re doing what we’re doing, the reason we’re heading towards a certain goal in the first place; we don’t want to lose that.

It happens to all of us. No one is perfect.

KC: Hadestown has the story of Orpheus and Eurydice (the “don’t look back” story). What do you feel like would make you look back?

KM: As Kevyn, I find myself looking back to past decisions. We will look back at our lives and say, ‘That was the wrong decision,’ but, of course, we don’t know that until now. We’ll look back and say, ‘I shouldn’t have done that, or I should have done this.’

It’s difficult because we learn from our mistakes, and that’s the idea of the ‘look back’ — to see where you can do better in the future. For me, I think there’s a degree of analysis that’s good, but you don’t want to overanalyze or you’ll get crazy over it.

I also don’t feel like I’m taking as many steps backwards as I used to in my youth. There was a time where it’d be five steps forward and four steps back. Now I feel like I’m doing three steps forward and maybe a half step back, sometimes. I’m getting more control over that, and that is partially from me looking back and saying, ‘Ah, that was not the best choice.’ I want to learn from the situation and take it to move forward. 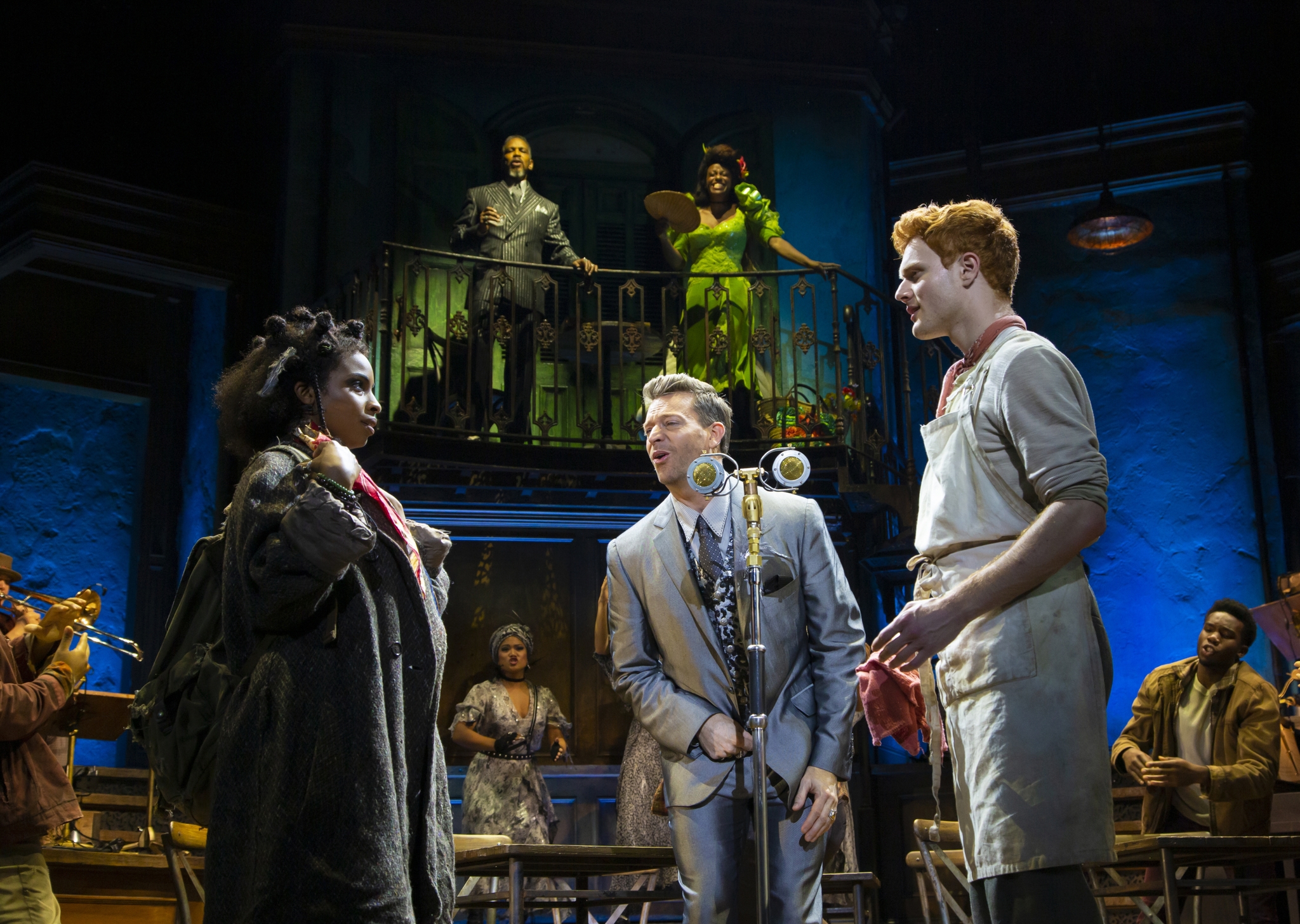 KC: I swear it’s like you know my questions because I literally have the question of: When do you think an audience becomes immersed in a play?

KM: In terms of Hadestown, I feel like it happens immediately because the first thing that happens in the show is interactive with the audience. That makes the audience go, ‘Oh, it’s that kind of show.’ Right away the audience is part of the show, and they’re in the story. They’re not necessarily our Greek chorus, but in a way they are; they’re another character within the play.

I’ve seen shows that attempt to do this, but with Hadestown, it truly works. Part of that has to do with my dialogue and my actions because when I’m looking at the audience, I can see them. I know that they’re there. With most other musicals, there’s the fourth wall and we’re telling a story in front of the audience; this one we’re telling the story with the audience.

KC: Why do you think humans are so intrigued by tricks? Why do we love to play them and watch them be played?

KM: I hope we like them so much because we know we can’t actually do that action in real life. Some people do play tricks in real life, and we consider them bad people, and then we put them in jail.

We like to see people play these tricks because…it’s similar to the reason people like to watch a heist movie. It’s a form of escapism. It’s an escape from our day-to-day reality, and it’s a fantasy in some sense.

Not that we’d want to trick or hurt someone. In the case of Orpheus, we don’t want him to turn around, but at the same time, we do because we want to see what will happen next, and we know it’s not real, so it’s okay to indulge that curiosity.

At least [laughing], I hope that’s why we like to see people be tricked.

You can see Kevyn Morrow star in the role of Hades for the production of Hadestown, which will be on stage at the Saenger Theatre from December 27-30 as part of the 2021-2022 Hancock Whitney Broadway in New Orleans season.