If there is one expense that can entice sweat from the pocket book and the brow, it’s college tuition. On average, a university education ranges between $20,000-$50,000, and that’s not even taking out-of-state tuition into consideration. We know the future hinges on well-educated adolescents who grow up to be our leaders, so burdening them with debt and loans seems counterintuitive. That’s where Bard Early College New Orleans is making a giant difference.

Nicole Young, Executive Director of Bard Early College New Orleans, has been adamantly working and fund-raising to establish a full-day program that will grant Associate Degrees by the time students graduate high school. The good news is, she’s done it. Bard Early College is now in the wonderful company of academies like, The Early College Academy, opened by The Lafayette Parish School Board in the 2008-2009 school year, which also graduates their students with both a high school diploma and an Associate Degree. All at no cost to parents.

When talking with Nicole Young, here is what she had to say about BECNO’s new program and the journey to get there.

Q: Tell us the big news that is happening with Bard Early College New Orleans.

NY: Bard Early College New Orleans is a school here that is focused on 11th and 12th graders, offering them a years worth of Bard College credit and a years worth of college in their last two years of high school. We are very similar to the NOCCA model where students come for half the day. Students are taking two college-level courses every semester. Their professors are professors who are teaching across the city at UNO, Delgado, Tulane, Loyola, Xavier, etc., and they are teaching college-level courses to our high school students.

The big news is that this year we have raised (in the past few months, actually) $950,000 toward the new Bard Early College New Orleans, which will be moving toward granting degrees to our college students. Students will graduate with two pieces of paper in their hands–their high school diploma and a Bard College Associates Degree in the Arts. They will do that at no cost to them or their families, starting next year. We enroll the first class of students in 2018. It will be [a] degree-granting high school. Students will earn an Associates Degree along side their high school diploma. 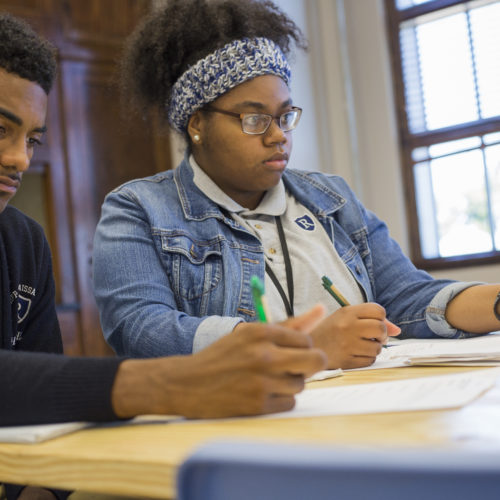 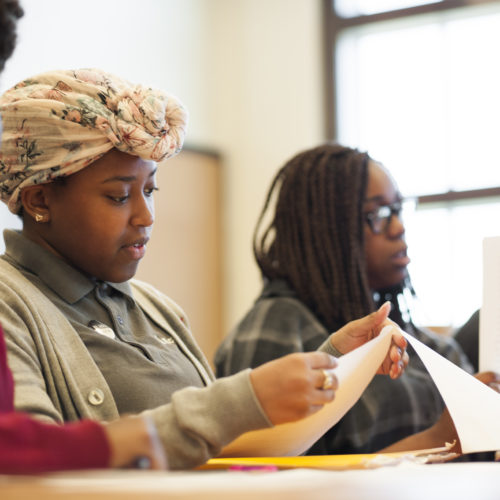 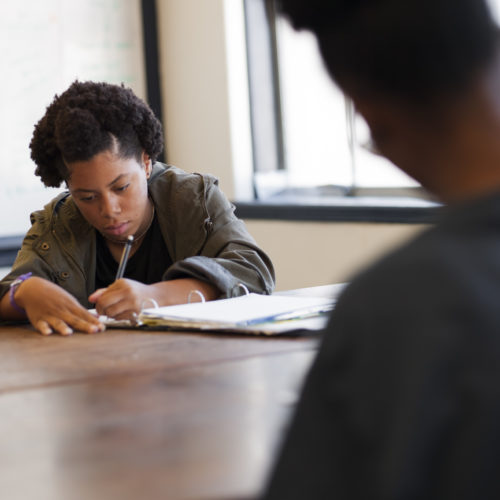 Q: What does this new program mean for students and the community at large?

NY: The hard truth is that even though we have done a great job over the many years of improving high school education for students in the city of New Orleans–student graduation rates are up, ACT scores are up, college acceptances are up–we know that our students are not graduating from college when they get there. It is primarily low income students and black and brown students from around the city, so we are seeing a lack of a bridge to college.

BECNO is a really important part of that bridge.

Students are ready for college now, and we believe that if they have exposure to college courses, particularly liberal arts college courses that focus on critical and deep thinking, that they will be better prepared when they go off to their next four-year institution.

And, if students walk away with 60 credits for absolutely free [through BECNO], that saves their family time and money. We know that, especially for low income students, time and money are the biggest barriers for their success in college. This [BECNO] model will help us move away from a place where students are struggling through all four years. Students can start with a little boost of an Associates Degree before they even begin.

Q: What do you think laid the foundation for this full-day program to come to fruition?

NY: It’s enthusiasm and excitement from our staff, our students, and our faculty who have wanted more from this program. Students tell us over and over again that they wish they had more. I think about some of the amazing alumni that we have. Yolanda Andrade is one of our students who is now at Loyola University, and she is graduating a year and a half early just based on her 24 college credits she got from BECNO. How much more could we have done for Yolanda if she had been able to walk away with 60 credits and a Bard College Associates Degree? It would have been huge for her. And how many more Yolandas do we want to create around the city–students who are able to graduate early, save their family money, start exciting parts of their lives early, explore different job opportunities, etc. That’s really the impetus–the student-led push.

We know we have done a great thing over the past many years by offering a year of college, but we can do more, and our students deserve more. We have a lot of partners around the city who have helped lead this work. They have said they want to help save students and family money, and this is an important way for us to do that.

To learn more about Bard Early College New Orleans as well as support them, you can check out their website at bard.edu/ecno. You can also learn about The Early College Academy, opened by the Lafayette Parish School Board, in the 2008-2009 academic year, on their website.

This interview has been shortened and edited for clarity.

Conversations with artists: Elizabeth Gross, humans, and the cosmic forces inside of them
Audio and Podcasts