In 1973, Douglas Stevenson and his partner Deborah Flowers puttered into what looked like a summer-campsite in their rusty, beaten-up white van. They had just arrived at The Farm, a communal living site in Lewis County, Tennessee. Though it had only been founded two years prior, this collection of low wooden buildings, tracts of cultivated land, and infrequently washed young adults constituted the largest commune in the United States.

Douglas and Deborah shared 1700 acres of resources and a sense of community with the 200 other Farm members. The other members welcomed them with open arms, teaching them farming and composting practices, providing them with furniture, including them in community events, and referring to themselves as the young couple’s “new family.” Most members lived in tents or shared shack-like structures spaced out across their land, but–when Deborah gave birth to a son in 1974–Douglass decided to build a cabin with the help of their new family. The space was small with only two windows when completed, but it had the necessities: a bed, a kitchen and shelter for their newborn son. What the cabin lacked in space, it made up for in the community and lifestyle that went along with it. 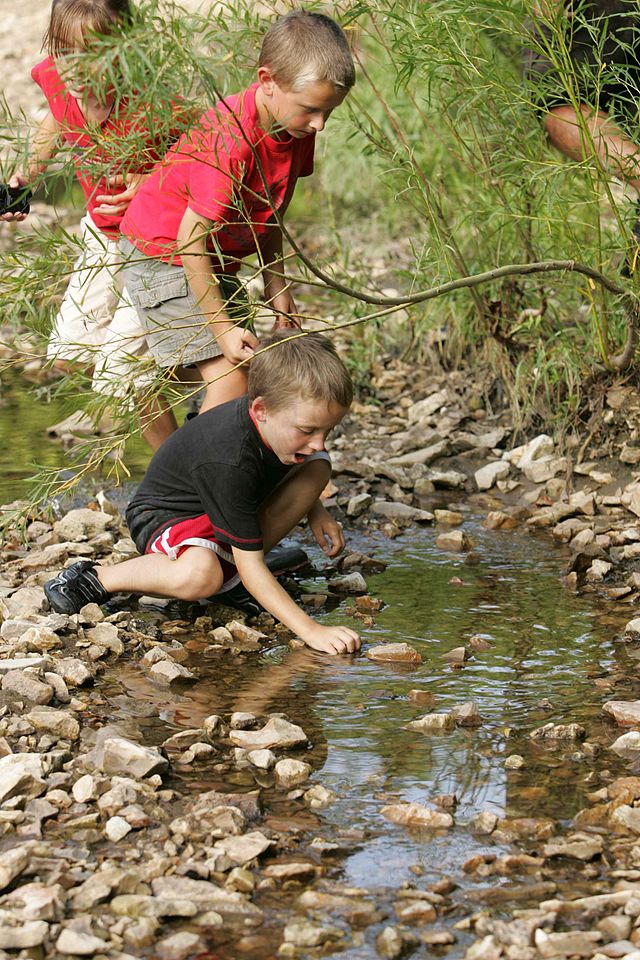 It was a place where Douglas and Deborah could feel connected with the earth while still being in a position to create positive change in the world. The Farm provided an ideal opportunity for this. No one was completely cut off from the mainstream; they still had access to media but were further removed from its influence. Most members were educated and had come from middle class backgrounds. When not tending to the land, cooking in their tight, shared kitchens or building shelters, members of the commune relaxed and discussed the struggles of the world and the moral responsibility they had to give back; surrounded by deep woods on one side and luscious green gardens on the other. There was room for intellectual conversation and growth as well as spiritual growth. The vast green land of the commune quickly showed them how much their lives improved simply by eating what the earth provided.

The mission statement for the Foundation for Intentional Community states that the general goal of intentional community living is to work cooperatively toward a sustainable and just world. Shared ownership of common spaces and resources as well as group decision making remove the threat of major social hierarchy within these spaces. Those who live on communes are not owners of land but caretakers preparing a world for the next generation. While city life and The Farm may seem like opposite ends of the spectrum, the reality is that intentional community living can best be understood as a continuum based around central goals of cooperation and sustainability. In the words of Zarinah Agnew, neuroscientist and cofounder of a San Francisco community called the Embassy, “There have always been other ways to live; each generation starts again.” What intentional communal living really involves is expanding the practices of friendship to community members, community neighbors, and finally strangers. Individual actions of hospitality, cooperation, and support have the potential to bring about collective empowerment, but supporting those actions in whatever context they might arise is an essential first step.

Back on the Farm, one of those contexts essential to creating a livable community is sustenance. A large part of the life on communes surrounds the process of eating. From the water they drink to the crops they harvest, members of The Farm come together to create something for everyone. Coming from cities or at the least, not from farm life, the members did not know anything about farming or tending to the land until a nearby Amish community sold them horses and taught them how. There was no discrimination between the young hippies and the Amish people. There was a sense of kindness and of mutual appreciation for what is natural and earthly. They created pastures for the animals to graze so that they could be strong enough to work. Farming with horses was beneficial when the community was small but as it began expanding, it became impossible to continue using this method to feed 1400 mouths so they invested in tractors instead. The community planted soybeans, rich in protein for both humans and cattle, fields of hay, corn and other grains so that the animals would survive through the winter. These soybeans were the backbone of their nutrition as they could be produced en masse and dehydrated to produce various protein-rich foods and resources such as candles. They have since expanded into the FarmSoy Company which makes, packages and exports tofu, bringing more resources and jobs not only to their community but to the larger Lewis County area as well. In their kitchen Douglas, Deborah and their many new friends selected recipes from the New Farm Vegetarian Cookbook that were sustainable and delicious.

Collectivist eating practices that follow the example of Douglas and Deborah do not necessarily require a move to the farm. In fact, communal living situations can be moden, urban spaces in which members retain many of their connections to the outside world. Kate Green, for example, continued to work as a professional chef following her move to Treehouse Hollywood–a furnished apartment building in Los Angeles which offers its members intentional communal living. Kate works with another chef to prepare feasts for the other residents. She also mainly uses food grown locally, thanks to a contact provided by a different Treehouse resident. She isn’t involved in every step of food preparation–from seed planting to harvesting to preparing and serving–like Farm members are, but a collectivist mindset nonetheless clearly impacts her food preparation process.

Ban the boredom spring 2022: Sticky static, how Preservation Hall brings us all closer together
Music Clubs