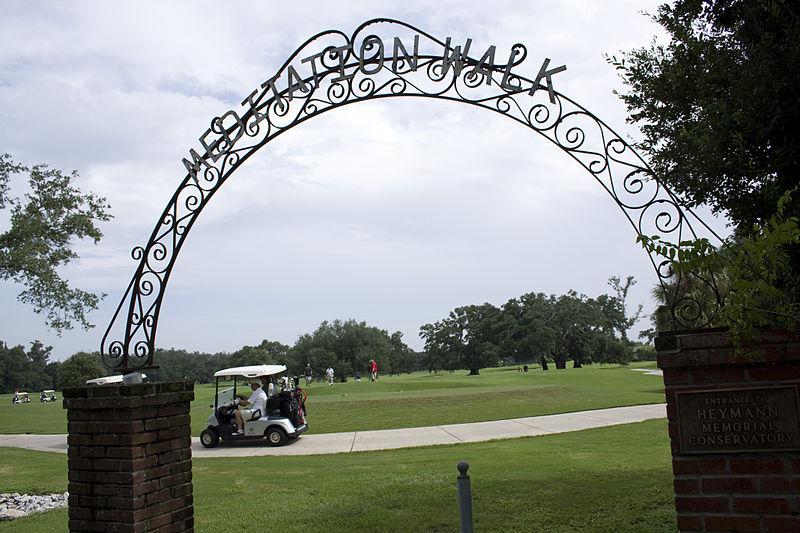 For a brief time during our 2020 quarantine period, along with almost every business in the city, the Audubon Park Golf Course shut down operations. Without carts darting along the path and the sweet cracks of well-struck balls, park-goers took it upon themselves to begin to use the vast landscape for something other than golf for the first time in over 100 years.

From picnicking to playing soccer, these 81 acres of meticulous landscaping and rolling hills became many people’s new favorite spot to ease some of the stresses of cabin fever. Lauren Messina Conrad, the director of public relations at the Audubon Nature Institute, spoke with local journalist Rich Collins in April of 2020 and stated there was no official invitation, but that park officials are “pleased that our community is able to use the park and golf course right now to safely enjoy the outdoors…as long as people follow social distancing while strolling on the course and respecting the space and greens.”

Yet, where has this feedom gone? Rather simply, the park blocks and tightly controls off a huge portion of a public space for those that pay to use it. Anyone who has so much as ventured onto the cart path of the course can attest to the rather immediate aggressive attention of park security. Whether or not you have tried to break it, there is an invisible line. This sort of unseen though tangible demarcation was similarly employed to enforce both Audubon Park and Zoo as a racially exclusive space for the first 60 years of its existence. This all to say, the golf course and those who use it are an easy target for many locals and park goers. During the 2005 Audubon Master Plan, over 2,000 community members were polled on what they felt the highest priority of the park was and only 1% of people felt that a renovation of golf course facilities was of importance. That is a lot of space for such little community concern.

Even still, while far more people enjoy the free loop that surrounds the course than the course itself, the golf course is still a public course whose revenue, along with the Zoo and other Audubon Nature Institute facilities, work to maintain a park that receives no dedicated city funding. During the lockdown closure, the Audubon Nature Institute projected a loss of approximately $21 million and had to lay off hundreds of employees, including 53 full- and part-time staff from the golf course and clubhouse. That is a huge price to pay for some serendipitous urban oasis. If the golf course were to see a re-purposing, it would surely not be a simple reopening of the land for free and public occupation under its current funding.

Along with the economic issue, the growing concerns of environmental and ecological values have exposed golf courses as destroyers of habitat, sources of pesticides and fertilizer pollution, and exorbitant users of municipal water. In our environment, pesticides would be our greatest concern, and it is documented that many courses in the industry use up to twelve per year. To its credit, the game has made strides to ensure that their land usage is ethically aligned. Golf courses within urban contexts have a tremendous opportunity to provide a profitable amenity that is also a protected habitat for many species of flora and fauna—but only if consciously maintained. The Audubon International is silver-certified member in an organization that co-partners with golf courses around the globe to assist in their augmentation towards more sustainable practices. 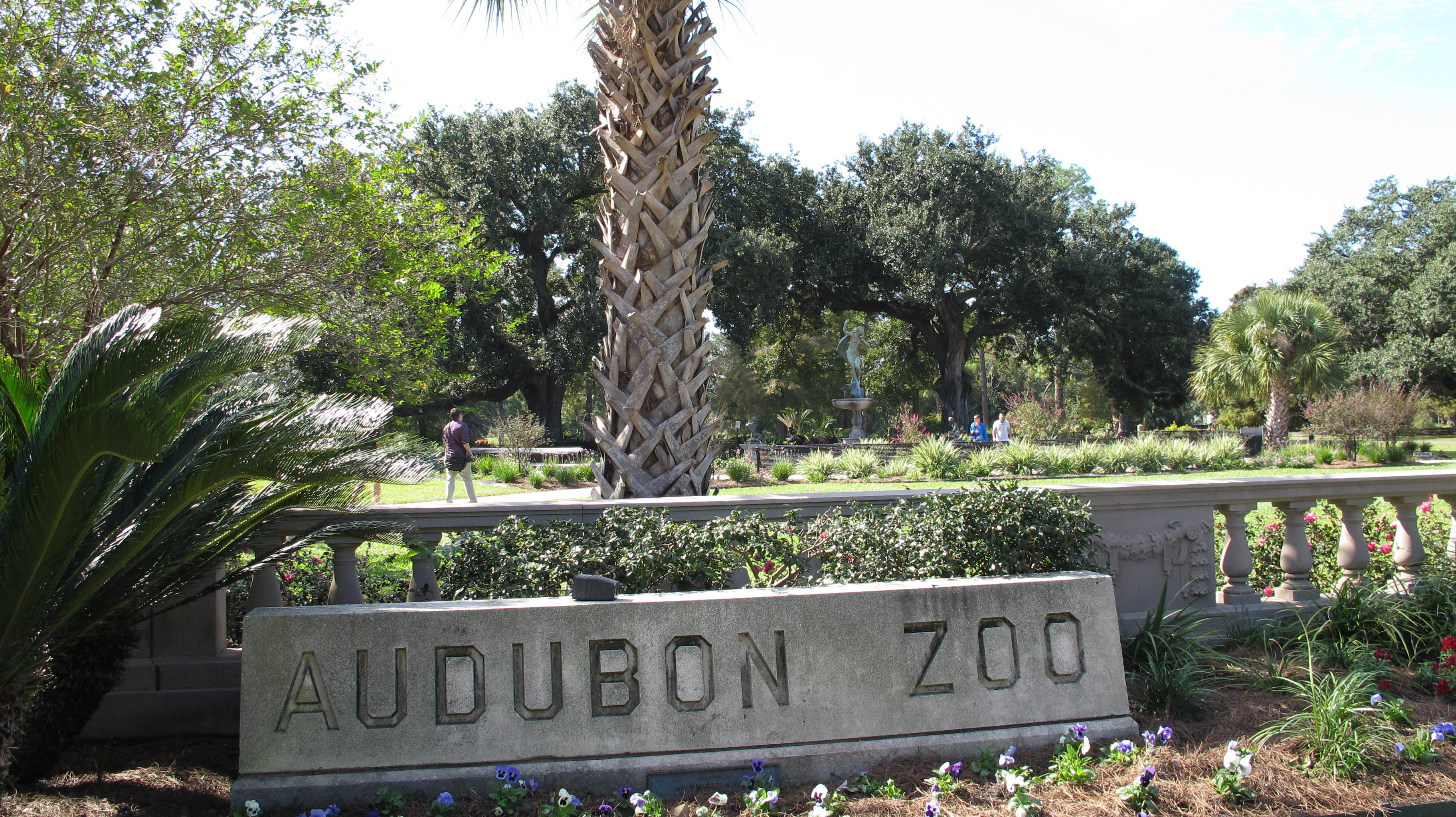 The golf course seems to have an answer to many of today’s concerns. Though what if we shifted our perspective to a more historical view? Would the golf course’s spacious existence fit into the historical geography of New Orleans? If you consider golf as a sport for the wealthy, then its presence in the heart of Uptown should come as no surprise. The origins of Uptown’s affluence can be traced back to the park itself and its initial history.

The land for Audubon Park was purchased by New Orleans from two real estate developers, Bloomer and Southworth, who in 1871 envisioned a state capitol and public park for the land, the latter being more favorable amongst residents.  This was only a possibility because this was the one plantation that had not been subdivided for streets during the development surge of the mid to late 1800s. The Foucher family, who previously owned the plantation, simply chose not to sell the land for subdivision, thus creating the lone strip of greenspace within the radiating grid network. In later decades, civic leaders sought to utilize the land to advertise New Orleans’ prosperity to the world. This resulted in the extravagant 1884-1885 World’s Industrial and Cotton Centennial Exposition, which proved to be an economic failure but a soaring cultural success. The event brought beautiful landscaping and ample attention to the area, raising the property value of the surrounding developments in the years following. This one occasion, which gives the name to Exposition Boulevard, can be seen as the catalyst that created the beautiful park we know today and, by extension, the affluent Uptown neighborhood around it.

The famous landscape visionary Fredrick Law Olmstead’s nephew and adopted son, John Charles Olmsted can be attributed to design of the park. He was hired to design a plan for the park in 1897. The golf course was not initially drawn into the plans of the park but embodies the fundamental dilemma John Charles Olmsted faced. That being the battling of two ideologies: one being the classically Victorian approach of vast, flexible, and passive greenspace which made his father famous, versus the emerging, progressive, and American viewpoint of having a focus on organized recreation and athletic activities. Lacking proper funding for the plan, the Audubon Park Association leased some land to create a golf course in the park in 1898. Upon its economic success, the course was expanded to its current size in 1905 and was later incorporated into Olmstead’s plan. The rest is history.

To be sure, John Charles Olmsted did not initially envision a golf course, a critique many community members are quick to offer. But neither did the Foucher family envision a park, nor two universities, when they chose not to subdivide their land.

The golf course follows the lineage of improvisational decision-making that created the park itself, taking advantage of what is already there. It also reflects a distinctly American desire to program activity, sports, and recreation within our park and, of course, make money from it. In the coming years, who knows what forces will render this land an opportunity for something else?