Life Questions Spring 2022: The Umoja Tribe; A Life Without Men

Katy Perry’s “teenage dream” involves driving to Cali and getting drunk on the beach. Taylor Swift’s song “fifteen,” tells stories of the first day of high school, “dating the boy on the football team,” and “dancing around the room when the night ends.” Yet, for Rebecca Lolosoli, a Kenyan woman, entering womanhood was something to be feared rather than celebrated. Fifteen was bloody. Fifteen was suffering. 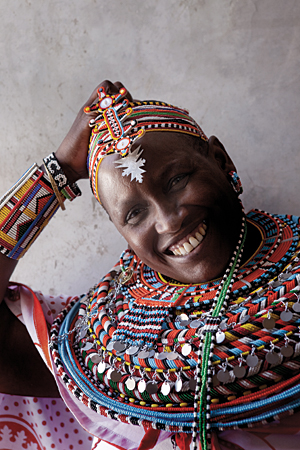 Fifteen was Rebecca’s age when she underwent female genital mutilation (FGM,) a dangerous medical practice in Kenya that involves removing the external female genitalia. Around 21% of women still get this procedure, even in 2022. The main types are clitoridectomy, the removal of the clitoris; excision, the removal of the clitoris and labia; and infibulation, the narrowing of the vaginal opening. Now that Rebecca had undergone this procedure, she was ready to be married off and make children without the risk of feeling any pleasure in the process.  After becoming outlawed in Kenya in 2013, Rebecca’s tribe, Samburu, continued the practice behind closed doors. Left bleeding and stripped of her womanhood, Rebecca was left for dead by her own family after her hidden ceremony. She was in the hospital when she came up with the idea of starting a woman-only tribe.

In 1991, Rebecca shared her story with 15 other women who were also part of the Samburu tribe and realized everyone was dealing with similar issues. Jane was raped by British soldiers when herding her husband’s goats and sheep, all while dealing with an abusive husband. Mary was sold to an 80-year-old man for a herd of cows at 16 years old. Rebecca’s independence was considered as worth less than 17 cows, which was her dowry to be sold off to marry a Kenyan businessman. When Rebecca started a trading business and spoke out about women’s rights in the Samburu village, she was beaten and stripped of her belongings by four tribesmen. Trauma like this can greatly change the trajectory of one’s life; long-term reactions include flashbacks, unpredictable emotions, strained relationships, and even nausea or headaches. The group made the collective decision to heal their trauma and start a life together, leaving behind their husbands. This meant leaving behind a well-established patriarchy, one where “men sit in an inner circle to discuss important village issues, while the women sit on the outside, only occasionally allowed to express an opinion.” One man claimed about these changes, “I am not happy about it at all… When it’s just women’s views, it’s a problem. According to the Samburu tradition, women cannot lead themselves.”

Rebecca left with three things: Her dress, her sandals, and her children.  For a while, the women survived on fruit like mangoes, oranges, and bananas that they found in the area. They made money by selling traditional beaded Kenyan jewelry to Nairobi-bound tourists passing by the A2 highway. Some of the Samburu men set up a village nearby to stop tourists from coming by,  and one day, “30 warriors beat [them] up in front of tourists to make it look like this place was corrupt.” After saving up 200,000 shillings, Rebecca explained that they “decided to buy the land so men could not drive [them] away.” Unfortunately, this angered men even more, so the women bought licensed guns to protect themselves. They built huts out of grass and cow dung, established a campsite, and later built a schoolhouse for the children. They named this stretch of land the “Umoja village”, the Swahili word for unity, where only females were allowed. 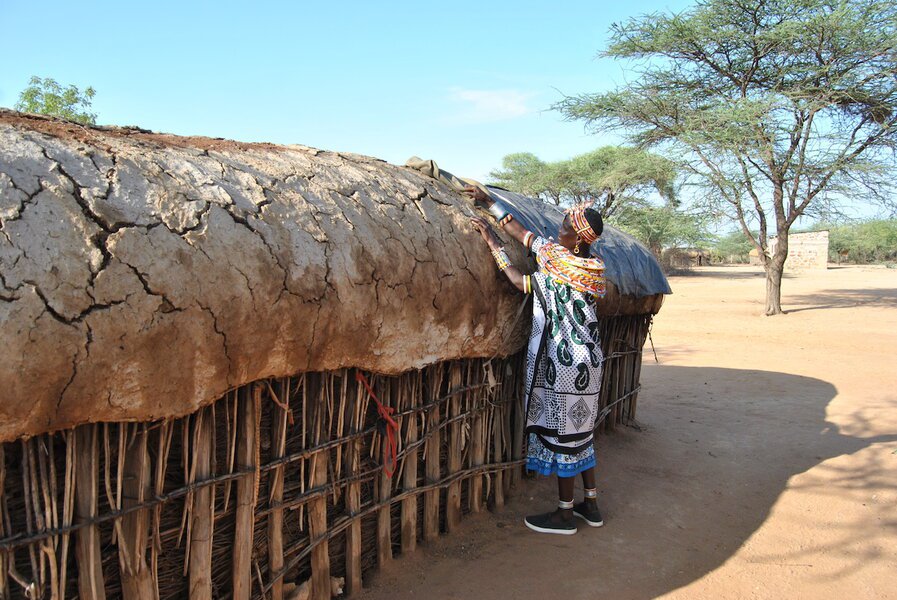 A village woman building a hut plastered with cow dung

Though women occasionally leave the village to see men or make children, they are completely self-sufficient. The village has a craft center where the women create handmade jewelry to sell to safari tourists, as well as a campsite for tourists to stay.  Each woman donates ten percent of her earnings as a tax to support the village, allowing for food and shelter for all members of the tribe. 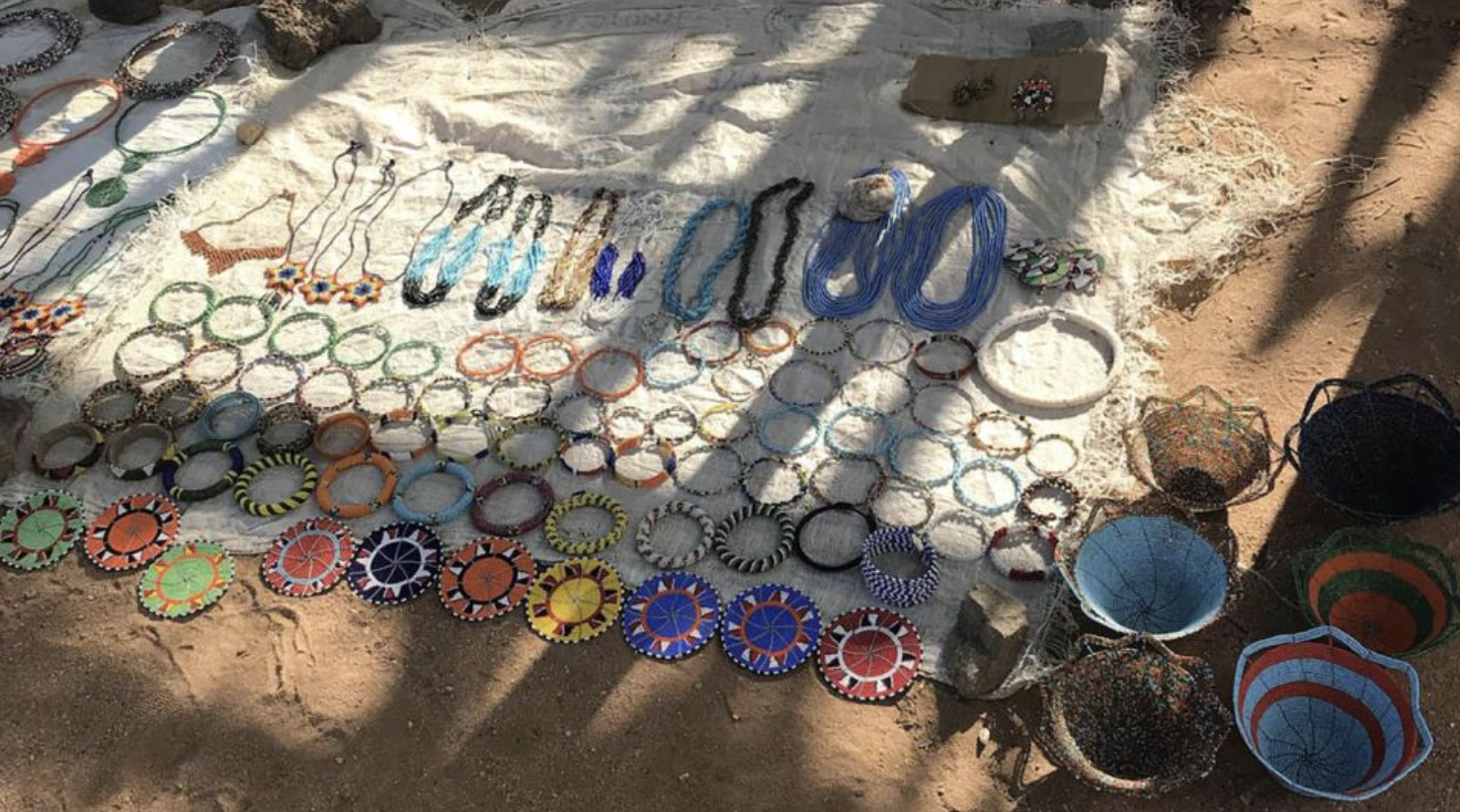 A spread of handmade Umoja jewelry

There are around 200 children living in the tribe, and their mothers all brought them here to give them opportunities they never had. One woman, Lucy, explains that she wanted to raise her son in the Umoja village to instill values in him about how to treat women and “be a good Samburu man.” With the money the women had accumulated, they were able to create a primary and nursery school, ensuring that all 200 of the village children receive an education. Not only do they cover a basic curriculum, but these children are also taught about their rights and the dangers of practices like FGM and forced child marriage. Their school partners with organizations to hold seminars and workshops that offer pupils the opportunity to learn about the risks that come with casual/unprotected sex, especially the risk of HIV/AIDS. In the Umoja tribe, women gather under the “tree of speech” to make decisions for the town, all having equal opportunities to share their ideas. Umoja tribe members still wear traditional clothing and beadwork of the Samburu people, but they do away with the sexist and harmful traditions like FGM, child marriage, and the permissive behavior toward male violence towards women.

Women in the tribe gather under a bamboo shade, a communal space that allows them to connect with one another. They have a space to crack jokes, help one another, and have their ideas heard. According to a study done at UCLA, the hormone oxytocin is released when women are experiencing times of stress. This hormonal surge during these challenging times can compel women to “tend and befriend,” often resulting in the desire to connect with other women. Studies also show that high levels of oxytocin in humans can lead to faster healing of wounds. The more these women connect, the more oxytocin is released, and the more oxytocin released, the easier it will be to heal their traumas. A study published in the Journal of Clinical Oncology found that women with early-stage breast cancer were four times more likely to die from their condition if they did not have many female friends. The Umoja village helps these women survive by providing both friendship and education; in social spaces, women have the chance to share their experiences with others, and in educational spaces, women are taught to understand and respect their own bodies as well as say no to the harmful demands of men.

Whether Black or white, if a woman is in danger, Rebecca insists “we will protect you until you go back to your place.”  A woman named Ntipaiyo was raped when collecting firewood and ran to the Umoja village fearful and isolated. In Umoja, women like this can find solace. Because it is a relief to hear what others are going through to feel less alone, group therapy can be very beneficial. The tribe can often resemble a group therapy session, where these women share similar experiences with FGM, rape, early marriage, early pregnancy, and other traumatic experiences associated with the Samburu culture. This deep-rooted connection provides members with a sense of belonging to this group, and according to a research team at Nottingham Trent University,  feeling connected to social groups boosts happiness. 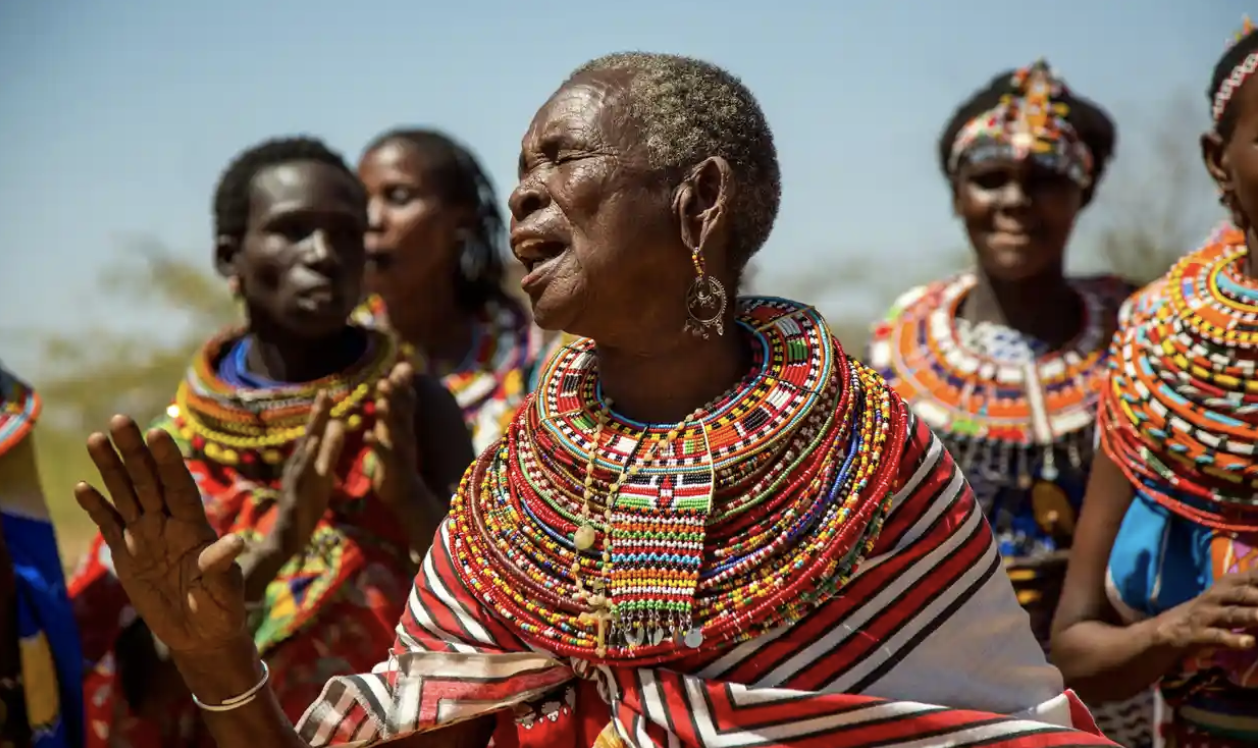 They found that people often identify with groups that share similar values, interests, and life priorities, as well as groups that provide support in times of crisis. Once belonging to a society where they could be killed by their husband simply because they were their property, women in Umoja find liberation from their past trauma through sisterhood and education. They join in song and dance, coming face to face and smiling at one another.