“When I arrived at camp, I was met with friendly, fat faces — some I knew from online and others who I was meeting for the first time at camp” is what the social media influencer, Alysse Delassandro Santiago, wrote in an article for her website Ready to Stare, about her experience at Fat Camp.When Alysse learned that the founder of Fat Girls Travel, Too!, Annette Richmond, was hosting the second annual body positive Fat Camp at Camp Pinewood in Henderson, North Carolina, she had to go. Due to Alysse’s passion for plus size fashion, LGBTQ+, and travel, she’s gained over 133,000 Instagram followers and 4,000 subscribers on youtube. Alysse needed to document this new take on “Fat Camp” not just for herself but her online community of supporters.

“A safe space where camp is not about counting calories or a number on a scale. I also thought that Fat Camp might be the perfect place for someone who’s never attended camp to do so” is what Annette Richmond told Alssye in her article about Fat Camp for the publication The Curvy Fashionista. Referred to as a “haven for fat women ”, Richmond’s camp not only focuses on self-acceptance but also on finding confidence in self-expression rather than the minimization, which so many fat people feel pressured to do by the rest of society. 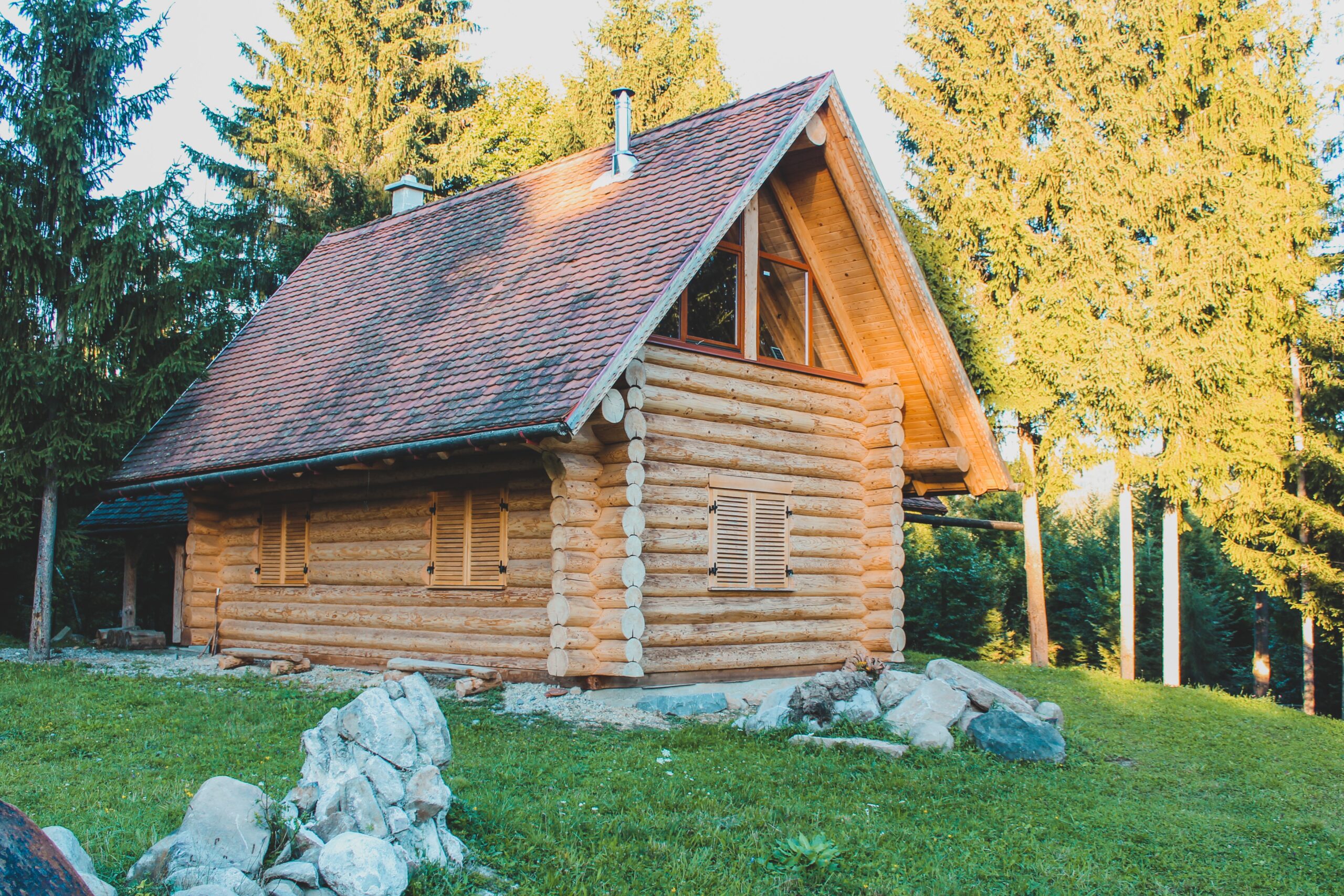 Campers stayed in cabins just like this one during their time at Fat Camp. (Photo by: Pexels)

“Your body deserves to be seen and loved the way it is now, not in 10 pounds, not in two weeks, not in two years, not when you lose the baby weight, not when you get your tummy tuck…none of that” is one of the many inspirational things Alysse heard during her time at Fat Camp. Sitting in chairs lined up in the main mess hall,  Alysse sits in on a posing workshop hosted by a fellow camper and a professional photographer. As the campers practice their poses, one of the instructors encourages everyone by saying, “I hope that all of us here know that you look good, so that’s half the battle. The other half is knowing what to do in front of the camera”. The photographer, Katelyn Scott Boudoir exclaims, “I’m going to pose you the way that I pose every other woman because your body is worthy just like a smaller body is worthy. That happy emotion and that love and that joy is for everyone”. This mentality from the mentors at Fat Camp creates a space where the women can explore and grow their self-confidence. Even though we live in a world where the body positive movement has been at the forefront of many social conversations, there is a deep-rooted shame that many fat people still face because of society’s perception of fat people.

Rise of the internet at the end of the 90s and early 2000s allowed for the circulation of body-positive rhetoric. Digital platforms have allowed for people who have been ridiculed by society, like fat people, to come together to build communities, like the body positive community. Since 2012 and into the present, there has been a boom in body positivity content in mainstream media. Although the media has grown more accepting of these communities, mainstream media content still enforces negative connotations with plus-size communities by blatantly reinforcing the shaming and the fetishization of bigger bodies. One example of this is The Biggest Loser. The Biggest Loser aired on NBC for twelve years and finally ended in 2021. The show was very problematic because of the hateful rhetoric and actions toward fat people on the show. The show’s name in itself alludes that being of a larger size means you are not worthy. The actual structure of the show was dangerous and unhealthy for contestants. Contestants were forced to work out up to eight hours a day, restricted to 1,0000 calorie-a-day diets, and verbally abused by the show’s trainers. Not only did contestants struggle to keep the weight off after the show, but many contestants dealt with eating disorders, body dysmorphia, and other fatal health problems. The biggest loser portrays the idea that when plus-size people come together, the focus should be on changing their bodies rather than embracing them. Because this mentality and type of content is mainstream, consumers associate body-positive, plus-size communities who bond through shared experiences as a bad thing.

During the second day of Fat Camp, Alysse attends a dance class where a plus-size dance troupe performs and teaches the campers a hip hop style dance to Lizzo’s “Juice”. As Alysse walks down the gravel path towards the pool, she reflects on the morning posing and dance classes by saying, “The posing class I felt very confident in but dancing is one of my insecurities so it was cool to be in a room of all plus-size people dancing because that’s one of the things that a lot of us are insecure about so that was really cool”. When Alysse attends the pool party after the dance class, Alysse rediscovers her joy in swimming. Jessica Torres, who is a fellow camper and also a social media influencer with over 66,000 subscribers, vlogs her camp experience and creates a montage of the pool party. With Waltz of the Flowers from “The Nutcracker” playing over the synchronized swimming montage, the campers are shown diving, dancing, and splashing around in the water with big and bright smiles on their faces. That afternoon at the pool is filled with joy and laughter. “There’s always something really magical about being in a pool with a bunch of fat babes wearing swimsuits and just thriving!” is one of the many things Alysse reflects on in her blog.

In the late afternoon, each cabin had to choreograph a dance to a Lizzo song to be performed at the dance party that night. As Alysse’s cabin was assigned the song “Truth Hurts,”  they all decided that coordinated cheetah print outfits for the performance would make them stand out. Walking to the front of the mess hall stage, all Alysse could hear was her heart racing, the song blaring, and all the campers encouraging cheers. She danced her heart out in her hot pink crop top and cheetah print shorts. When her fellow cabin mate recreated Lizzo’s iconic “flute twerking”  in their own performance, the fellow campers in the audience went wild. Not only did Alysse feel proud participating in her cabin’s dance performance, but she was even prouder when her group won the entire dance competition. Alysse did not allow her insecurities to get in the way of letting her personality shine through.

“I love that I teach my students how to love themselves, and I LOVE that I knew it was a compliment when a kid told me I was soft like a cheesecake!” is one of the many compliments a camper gives to themselves the campers sit around the campfire for their last night at Fat Camp. For the final activity of the weekend, campers write down every negative thought they have of themselves and then toss those written thoughts into the fire. With those negative thoughts gone forever, they stand in a circle, and each person says three things they love about themselves. 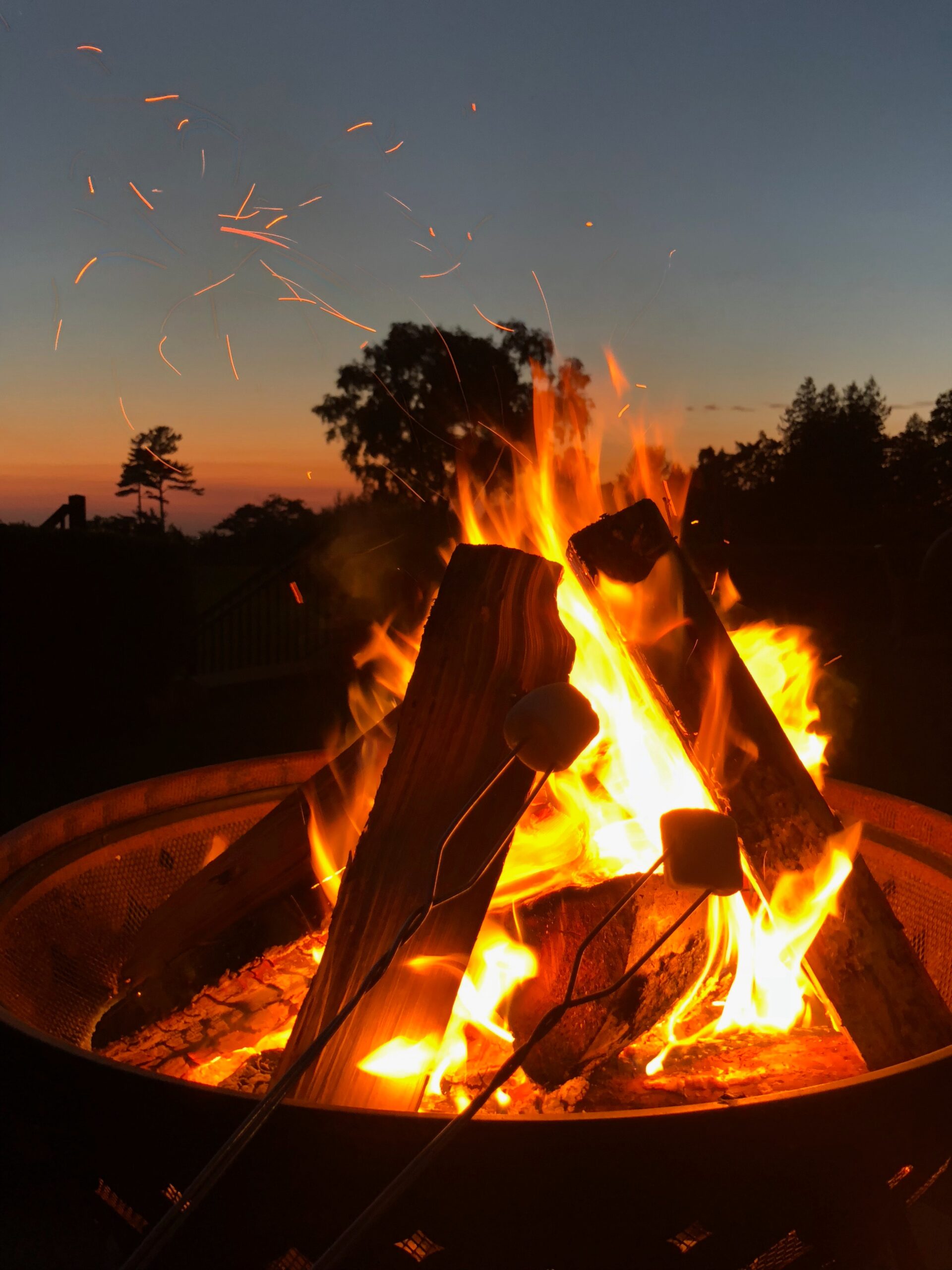 On the last night of camp, campers sit around a fire and compliment themselves. (Photo by: Pexels)

At the end of Jessica Torres’s fat camp vlog she says, “As someone who has been comfortable to be in a fat safe space, it was just another fun event for me. But for so many of these women attending fat camp, it was literally a moment of growth. There were women who were there for the second time and said that they will always be coming because it is the one time of the year that they get to feel safe, happy, and just have the best time of their lives”. Once they leave the haven of Camp Pinewood, they take what they’ve learned from the activities, discussions, and memories they’ve created with their fellow campers to guide them on their journey of self-love and resistance so that a piece of Fat Camp is with them at all times.