Behind a set of steel bars sits hundreds of bunnies, dogs, cats, and more, shaking in fear of what will come next for them. Frowns fill the animals’ faces as they sit with wide eyes, looking out for help. A representative from L’Oreal pulls out a bunny and risks its life, just to test the newest lavender shampoo. The animals crowd together, hoping they won’t be chosen next.

On a warm summer day of August 20, 1980, Ingrid Newkirk and Alex Pacheco followed their hearts and officially created PETA, People for the Ethical Treatment of Animals. This large-scale organization started from humble roots of wanting fair treatment for animals and built their organization from the ground up. PETA’s flashy tactics might seem immature to some, but they ultimately have saved 26,000 animals in just 2019 alone. 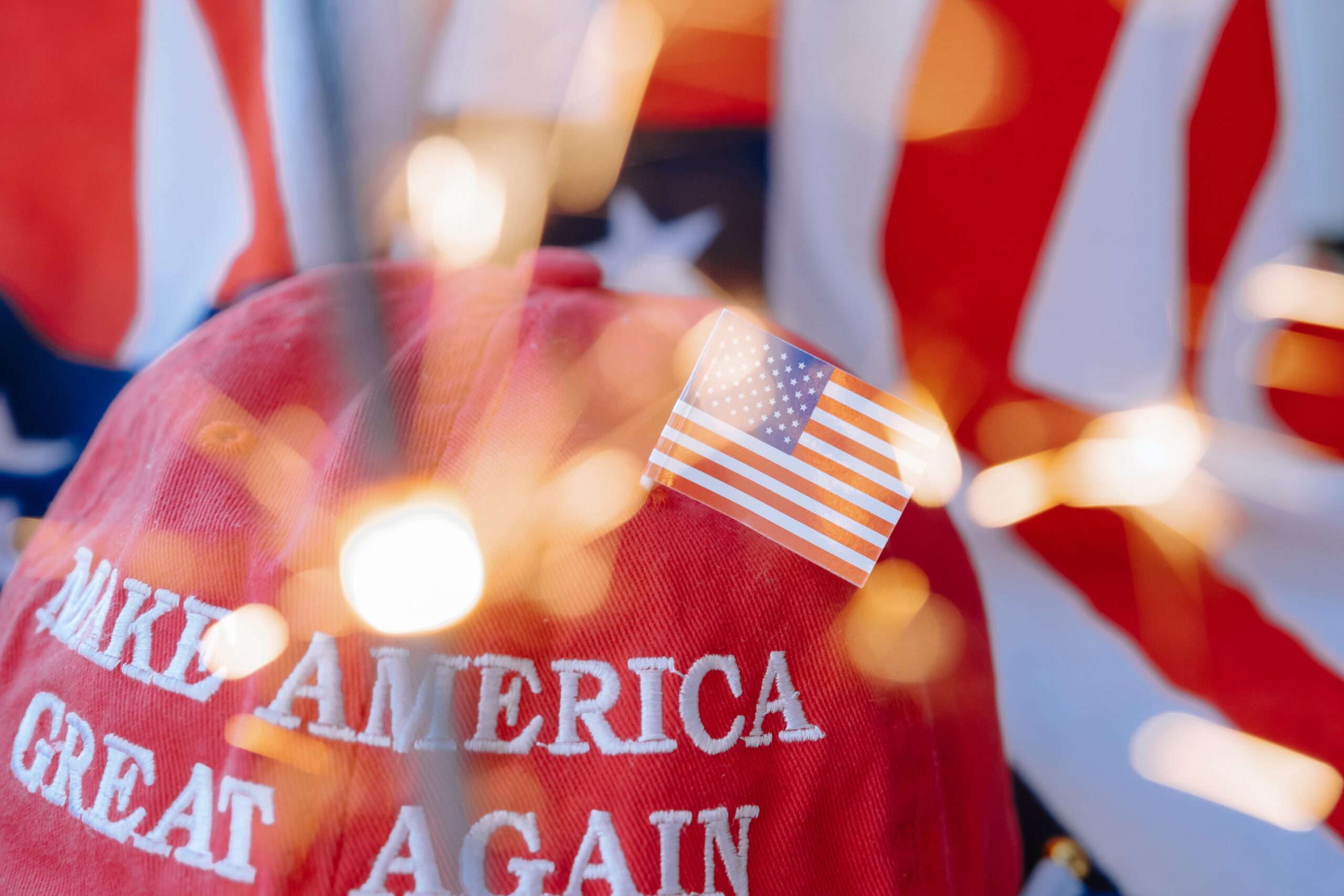 Trump fans show support for the President at his rallies (Photo by: Polina Zimmerman, Pexels).

Although one might not link PETA and post-President Donald Trump together, seeing as laws he has signed into place, such as a travel ban to Muslim countries in 2020 and Executive Order 13767 which began the construction of the border wall between the U.S. and Mexico, they both take radical steps for their desires. Most presidential candidates stick to typical campaigning practices such as speaking at events and having volunteers help get their points across. The 2016 election was a turning point for elections when Trump started rallies for his presidency. Following the shocking win in 2016 and his running for the following election in 2020, Trump continued to search for power and leadership, ensuring he would win the 2020 election. In a time of Covid and uncertainty, he led the country in rallies that ultimately caused more than 30,000 cases of Covid. This tone-deaf decision led the country into a further spiral of Covid, that would last several years and kill over 970 thousand people in just the United States.

Rallies were successful for Trump for several reasons. First, rallies allow people to physically stand together for a common goal. The Trump team put thought into this and planned accordingly so people would have to be physically close together. To attend a Trump rally, participants need to register for free on the Donald Trump website (which is now down after the 2020 election) to guarantee their attendance and ensure the venue is large enough to hold the crowd. At the Allentown rally, attendees did retrieve their tickets beforehand but had to stand in the 45-degree weather for several hours on the cold and rainy morning. Families stood close together, getting warmth from wrapping themselves in fuzzy blankets and coats. Logistically, it should be easy for the rallies to begin once all the patrons are there, but Trump allows everyone to stand together waiting for his entrance to get the crowd’s energy levels up and excitement present for his arrival on stage.

Also, rallies proved successful because they bring power and pride to a person. Standing in front of the most important crowd of the swing state of Pennsylvania, the residents of Allentown and the attendees of the rally had their eyes glued on the freshly tanned president with a red tie and black suit as he confidently smiled and walked across the stage decked out in red, white, and blue. A wave of “MAGA” masks, or no masks at all, filled the crowd of Trump supporters, and a sense of pride and unison for the nation swarmed the Lehigh Valley stage in Allentown, Pennsylvania. The more powerful Trump felt from these rallies, the more inspired he felt to voice his opinions to mass audiences. People do not enjoy being fake, and if having power can help avoid that, then people will gain as much power as possible. Looking at Trump’s speech from when he first announced his candidacy in 2015, although still radical, it was slightly less extreme than his comments four years later. In the first speech, he attacked immigrants, discredited the achievements of the current president Barack Obama, and blamed a majority of the world’s issues on China. In the Allentown rally, he was more extreme than this while discussing fracking and hardly discussing Covid. 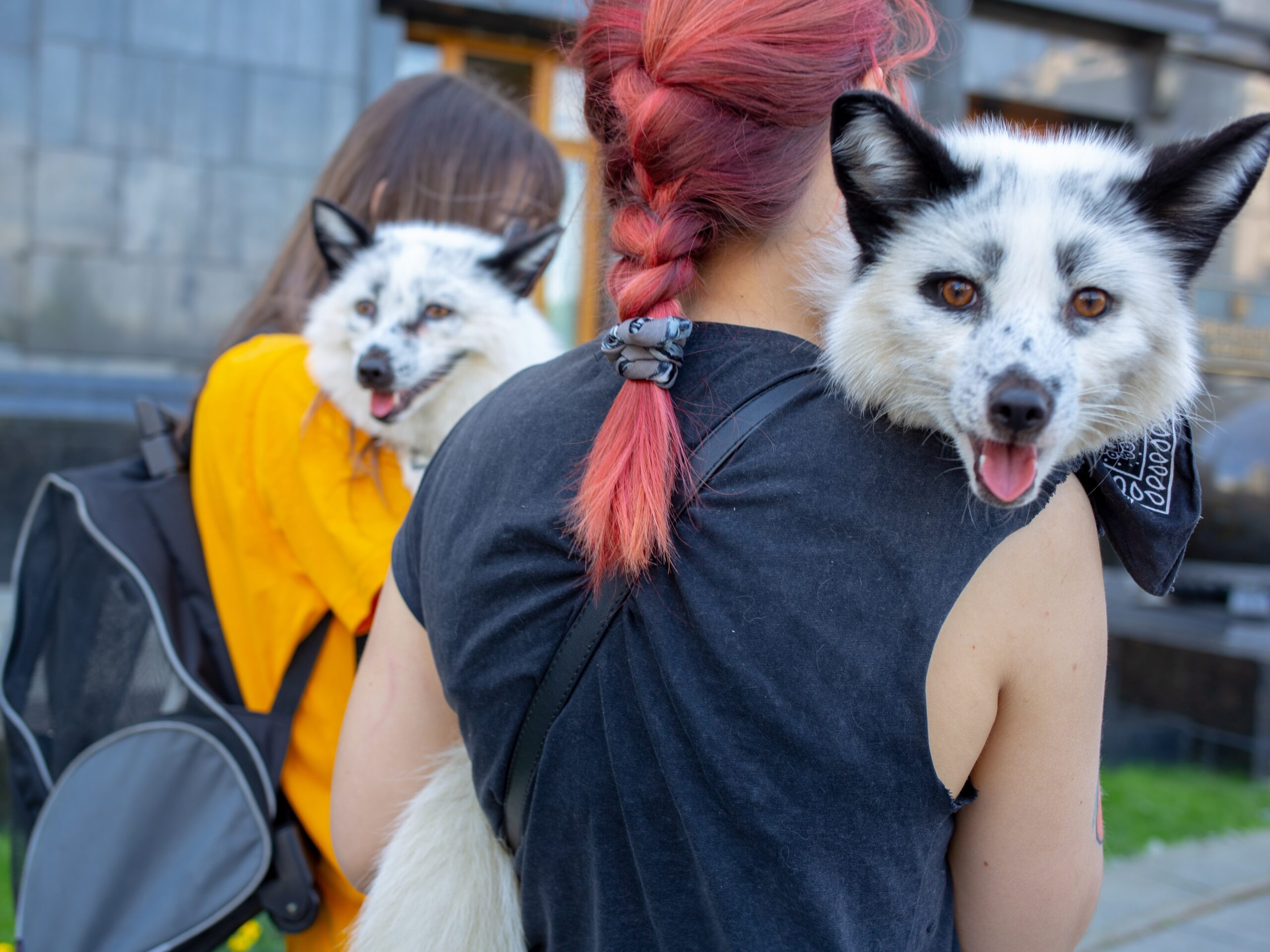 PETA can adapt these tactics to its campaigns to successfully convey its message of protecting animals from cruelty. Although very different from Trump and a presidential campaign, elements of these rallies can be successful for an organization like PETA.

PETA protestors already use radical protesting as a tactic for conveying their goal. These are successful because of the radical nature put into the protests. Protestors lie on the ground covered in (fake) blood outside of a Canada Goose store in New York City. Their hands reach through a gate, mimicking animals in a cage. PETA met its goal when Canada Goose decided to go fur-free for their jackets. After years of protesting, the multi-billion-dollar company listened to PETA’s wishes.

2. PETA also wants to bring power to its protestors.

Nadine Strittmatter struts down the runway in a large, brown fur coat at the 2010 Christian Dior Ready-to-Wear fashion show. Reaching the end of the runway, she poses and smiles for the camera just as a PETA protest jumps on stage with a sign saying “Fur Shame- PETA.” Kicking and shoving, the protestor is finally dragged off stage. This radical tactic is similar to Trump’s radical tactics and had positive effects on the industry. The Dior Creative Director at this time switched to vegetarianism due to the power of the fashion protests, and he even swore off fur for his designs.