Editor’s Note: May we Mayke a suggestion? No, our suggestion is not that we stop using cringeworthy puns, but it is to think ahead! We know what’s coming: the summer. The time when the air is heavy, the tourists have abandoned ship, and us locals are left to enjoy our city, heat and all. That’s where we come in! All the month of May we are going to prepare you to “Ban the Boredom” by giving you the best places, the best restaurants, and the best event, but since we never do anything “normal” at ViaNolaVie, we are basing these suggestions around various psychological states! If you’re a total introvert, we’ve got a spot for you! If you have a disability, we’ve got the places that actually don’t discriminate and let you get down the way you want to get down. We’ve got something for everyone because New Orleans is the city for everyone! Up next, we’re looking at Sugar Roots Farm because some of us would rather hang out and talk with animals rather than humans. It’s cool, we’ve got the spot for you! 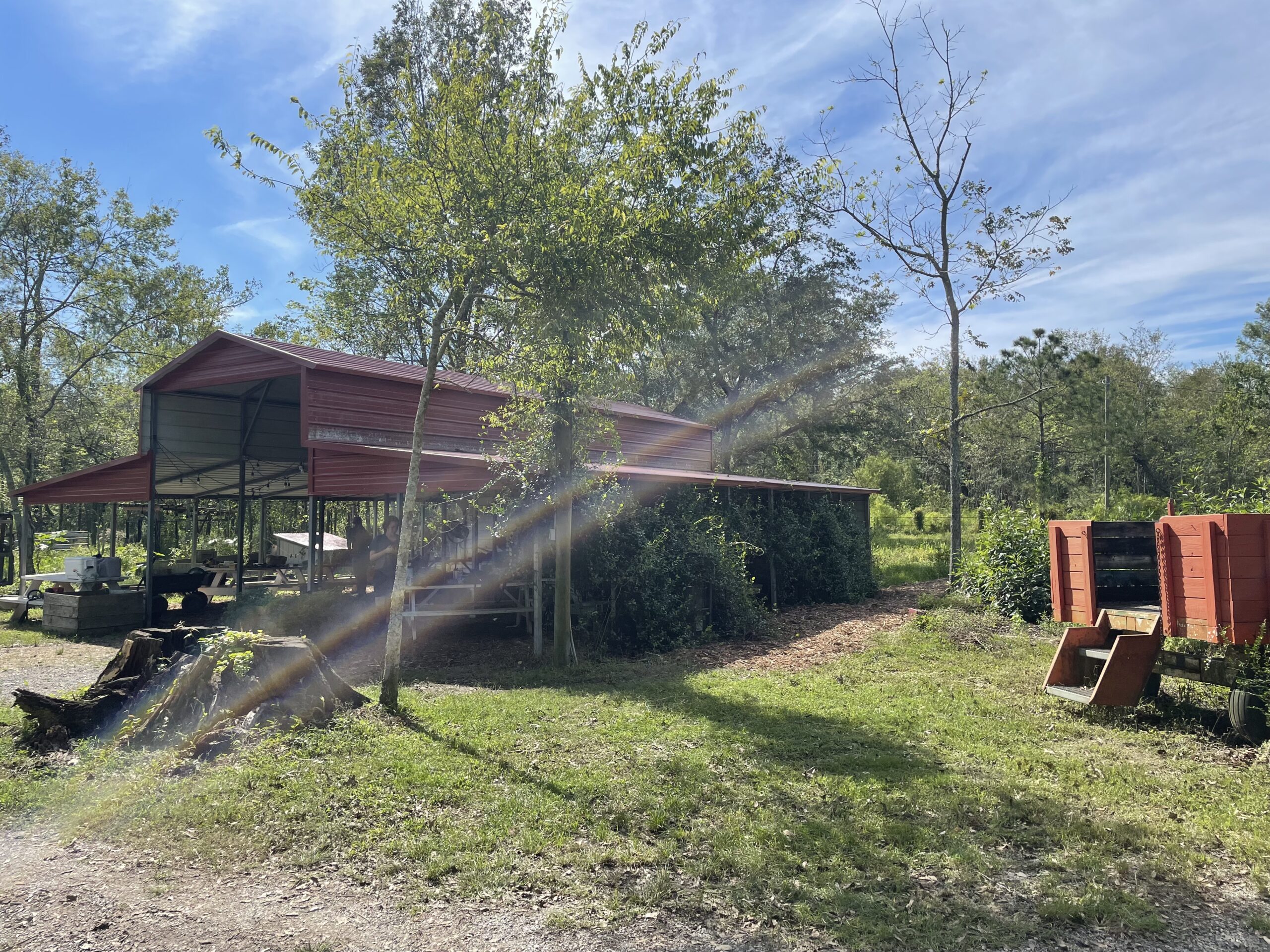 I cross through the gates of Sugar Roots Farm, located at 10701 Willow Dr. in New Aurora, and, as if I have a string tied around my waist, am pulled down the main path. I take a moment to say hello to Pebbles and Fancy, the two larger horses who are easily triple the size of me. The weathered, open-aired barn stands to my right, jasmine covering the steel elements that line its edge. I walk underneath its roof and am touched by the light that filters through the thick vines. I greet the group of people seated at one of white picnic tables, clearly seeking refuge from the sun before returning to the garden, and then return to the main path.

Sugar Roots is a small non-profit farm located near Belle Chasse. It is run by individuals that are primarily female whose mission is “to build food sovereignty and community resilience in the gulf south with sustainable farming as the foundation. [They] aim to teach and practice intentional land stewardship to ensure that future generations will have the skills and resources to grow and eat nourishing, fresh foods”. The farm is a grassroots non-profit funded by driven individuals and donors that hold deep interest in upholding Sugar Roots’ mission. This deviates entirely from the industrial complex many non-profits follow, plenty of which’s focus is centered around their founder’s agendas instead of the mission of the foundation. The economic inequality created by the extremely wealthy is clouded by their large donations to philanthropies. For example, Jeff Bezos donated 100$ million dollars to Feeding America, generating a significant amount of positive PR surrounding his name. Though this may be seen as generous move, his donation was only a minuscule percentage of his wealth, only half of a single percent. Additionally, these donations allow for these big-name donors, who are often not representative of the communities most impacted by inequality, to have a say in where the money goes. Sugar Roots rejects this nonprofit industrial complex agenda by sourcing donors who perpetuate their mission, paving the way for genuine activism and change.

Even the noises of nature ruffling and an occasional chicken squawking goes against the constant level of concerningly high noise found in New Orleans. Noise has been deemed such as issue that it is regulated in detail by the New Orleans City Council. In a comparative study done by Gianna Cassidy and Raymond A.R. Macdonald on noise and how it affects introverts and extrovert’s ability to focus, it is deduced that introverts are significantly less likely to retain information or carry out tasks in the presence of loud noise. Sugar Roots’ staff members and visitors each contribute to the sound of rustling hay and footsteps in the soft mud floor, a much different melody than the hustle and bustle of the city.

Various animals additionally occupy the seven-acre lot. A study of how the presence of animals effects humans has shown the interaction decreases levels of cortisol, a stress-related hormone, and lowers blood pressure. Just walking along the path, one will come across various species of animals. Brittney, the cow, won’t care if your hair is unbrushed, and Bunny, the goat, doesn’t mind if you’re not in the mood to talk about the weather. 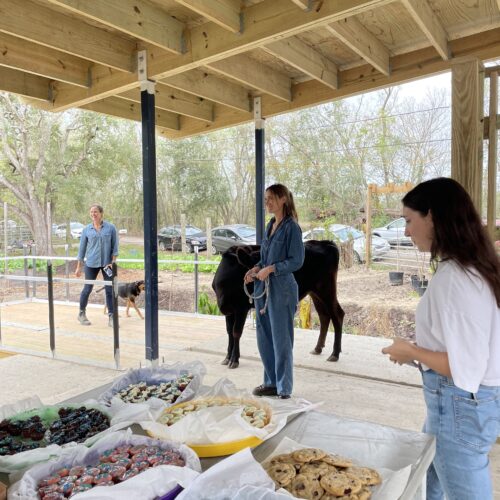 Britney, the cow, in the outdoor kitchen 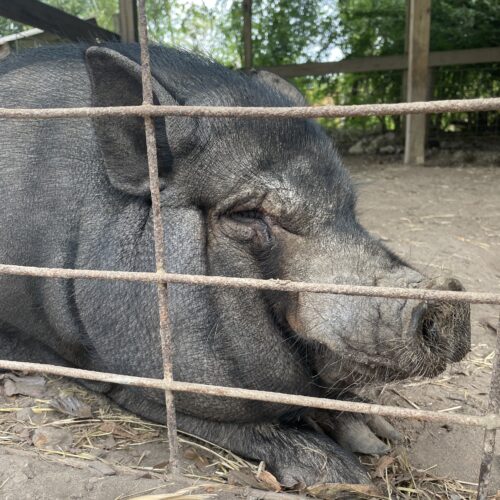 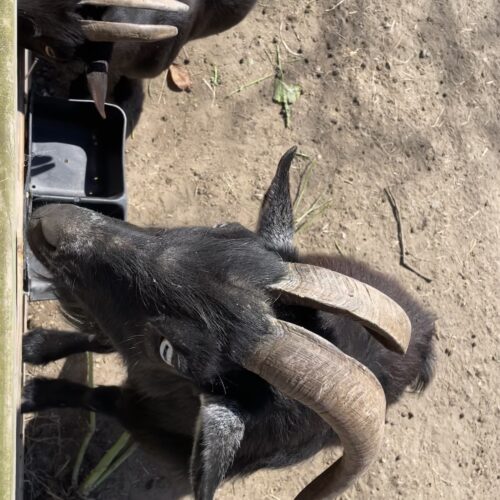 Nestled in the corner of the farm is a wooden shed that is often overlooked. Hank, the massive turtle, nearly the size of a truck’s tire, resides there. It is not uncommon to see young children pressed up against his pen cooing “I think he likes me” when his head pokes out from time to time. Studied by Esmeralda Urquiza-Haas, Anthropomorphizing is found to be triggered by, “the need to make sense of the actions of other agents to reduce uncertainty concerning their behavior” and, “the need of people to maintain social connections”. Hank won’t necessarily give the best advice, or any at all, but if one needs to vent, he is there.

Many students have passed through Sugar Roots to learn about where their food comes from, or more so where it does not come from. One child, I have been told, asked if the milk they find at the grocery store comes from a cow like Brittney. It is hard to hear that no, Brittney is a rare case. Cows producing commercialized milk products are confined to tight spaces and treated like milk making machines. Sugar Roots aims to help inform others of this miss-treatment, actively pushing for positive change.

As my visit comes to an end, I bid my farewells and hop in my car. I don’t know why but I always feel a tinge of nostalgia completing the gravel loop and reentering the paved roads. Sugar Roots remains tucked away, undiscovered by many.