An article written through the World History Encyclopedia states that, “there is no culture recorded in human history which has not practiced some form of religion.” Ancient peoples of the earliest civilizations, such as the Egyptians, Mesopotamians, Greek, Roman, and Mayans all worshiped higher powers. There existed shamans who could speak with the gods and translate onto the people. Today, Christianity leads in popularity with 31% of the world’s population followed by: Muslims (25%), Hindus (15.2%), Buddhists (6.6%), and Jews (0.2%). Christianity creates massive artworks that depict angels, saints, Jesus, or the Virgin Mary. In Hinduism and Buddhism massive statues with intricate details are erected in order for followers to pray to. How can you bring mysticism and spirituality into your life? 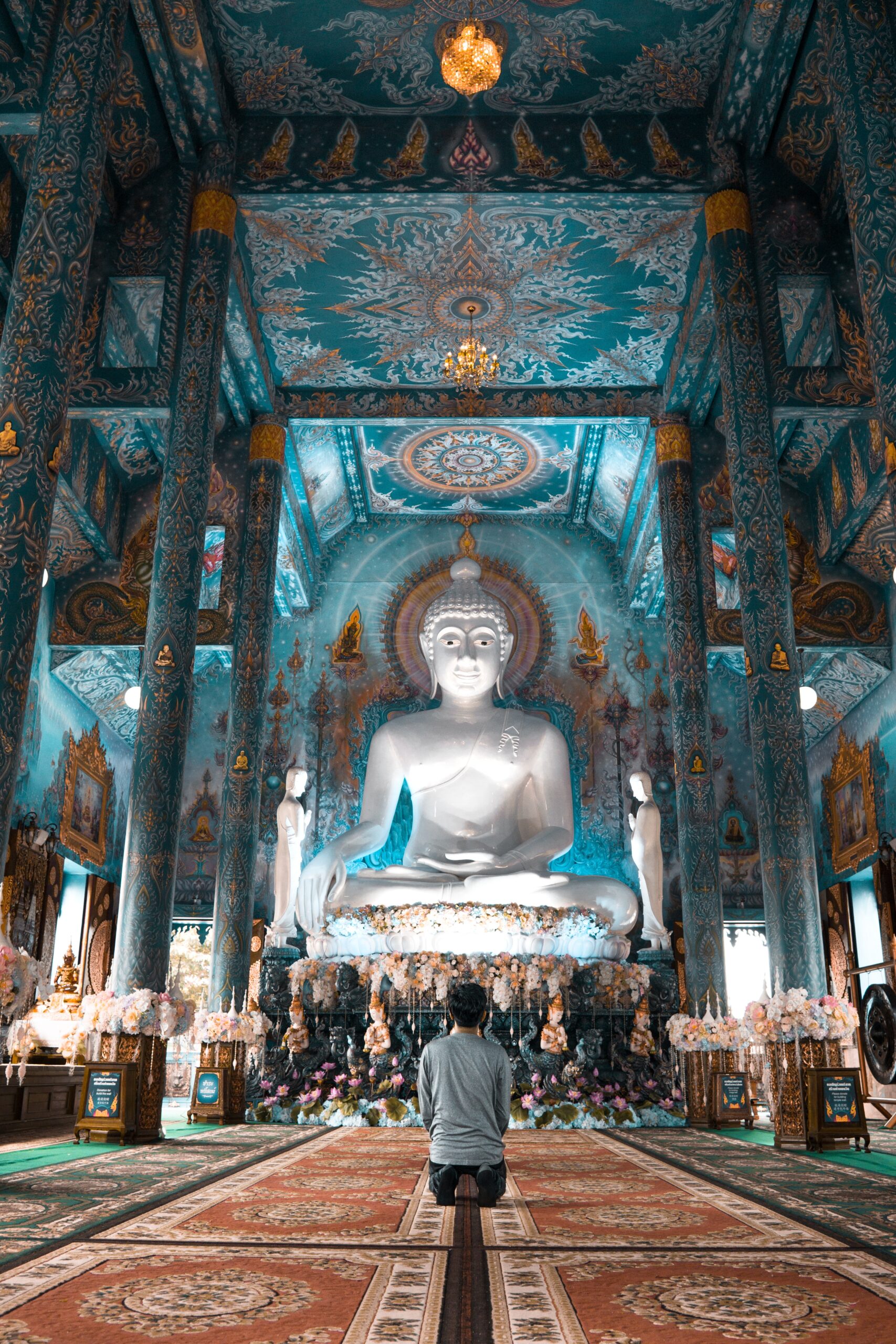 Founded in 1975 by a man named Oberto Airaudi, Damanhur is a spiritualistic society located in the hills of the Italian Alps. Esperide Ananas, Damanhur’s head of international relations, said, “we believe the Earth was colonized by people who came from the stars. So we are not originally from here. How can we be so presumptuous to think we are the only ones that existed?”

Damanhur’s community consists of roughly 800 members who mostly all live in hut-like houses. Some have opted to build cabins or even treehouses. These cabins are multi-storied with cut up pieces of bark aligned to create the exterior look. Most of them have slanted roofs  made of tin. The cabins are not painted on the outside. One Damanhurian woman lives in a treehouse completely draped in green vines. The treehouse is built of wooden planks and uses three oak trees for its base that are as tall as a 3 story building. In some of the rooms the limbs and branches of the tree, which span a diameter of about three to four feet, are visible. Her walls are covered in art pieces which either look like they were made by elementary school students or by professional artists. Houses can consist of up to 15 people and can range from family members, lovers, friends, or elders all mixed in together. In an earlier interview with a TV station, Ananas explains the sense of community within Damanhur, “everyday life in Damanhur is based on trust, kindness and sharing.” Sometimes, children are born in their society and have lived their entire lives as a citizen of Damanhur. Every Damanhurian has the option to be renamed as an animal name. For example, one woman is named Ant and her husband’s name is Gorilla.

The ideology and methods behind Damanhur’s beliefs come from their founder, Oberto Airaudi. After traveling the earth for a couple years Airaudi decided to set up Damanhur in the northern Italian hillsides. He chose this location because 4 energy fields align to meet up at that point. After first arriving he grabbed a stick and traced it along the hillsides for weeks telling his disciples to line the traces with rocks. By the time the tracing was finished he had created perfect labyrinths of images and symbols that could only be seen aerially.  Additionally, Airaudi claimed to remember past and future lives, a phenomenon only heard of from fictional movies. Unfortunately, he never thought it necessary to explain any of his motivations or actions because “it wouldn’t have made any sense” to his disciples. Oberto Airaudi passed away about ten years ago.

Temples and art – to escape the mainstream world.

Most of the rooms are dedicated to self or guided meditation. One of the rooms though contains a “dimensional portal” used to study time structure and time travel. The machine looks like a glorified professional hair dryer from hair salons. Instead of the circular bowl that would go over your head there are about 10 red bulbs and many wires jumbled throughout the device. Next to the chair is a portal about the size of a walk through metal detector that flashes different lights. The odd contraption seems like something out of a marvel movie. Through meditation and different inventions, many Damanhurians, including the founder, claim to be able to time travel or experience different versions of themselves at different points in time. 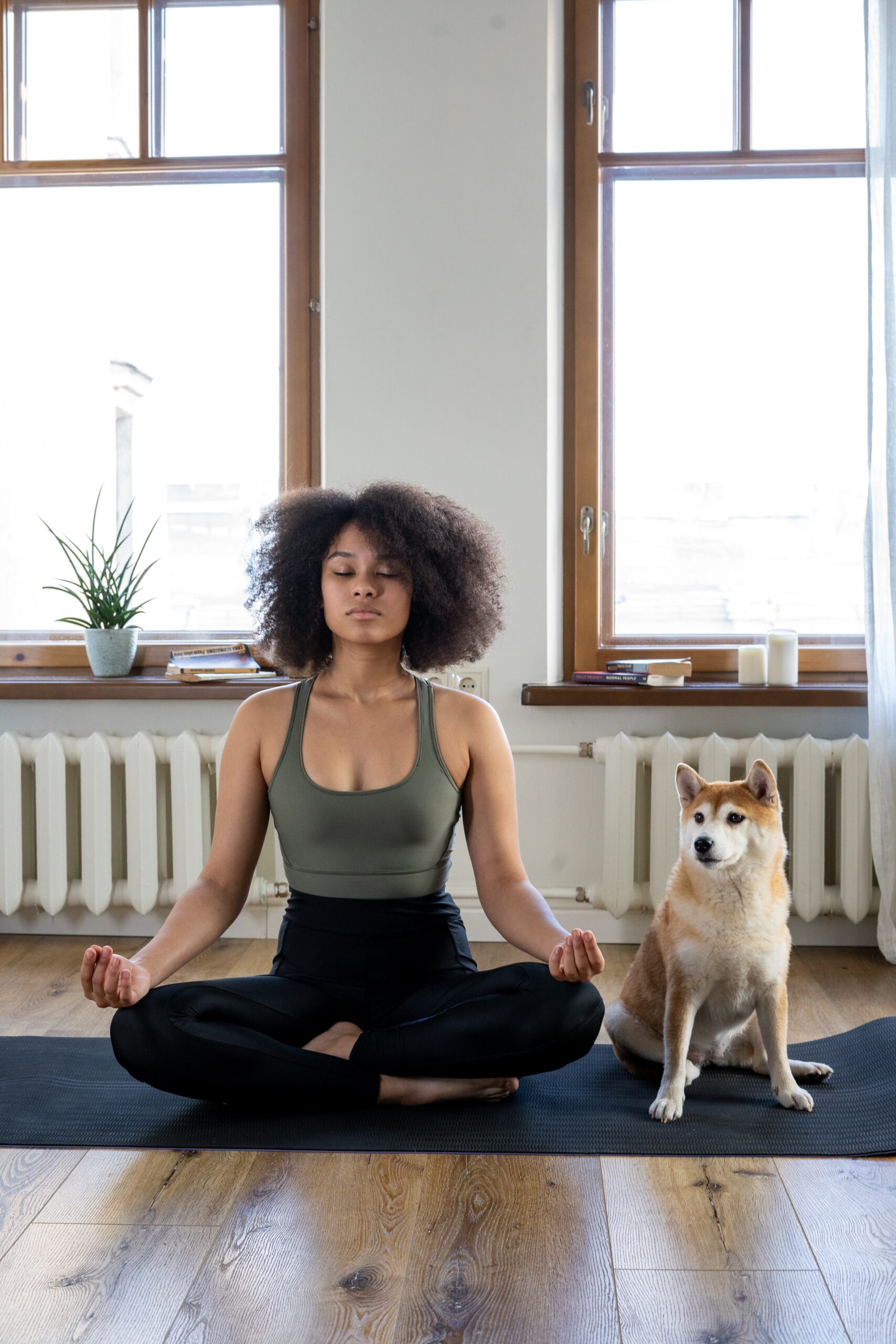 Woman meditating. Meditation can be done anywhere, even with your dog. (Cottonbro, Pexels)

A group of outsiders were taught a Damanhurian form of meditation called passed life regression. During this exercise, the group is told to lay down with their stomachs facing upward and to close their eyes. As they breath deeply the instructor urges them to, “dive to the other side of this second door. Taking you to a different place. A different time.” Eventually, they stand with their eyes still closed. They are told to concentrate on their hearing while imagining an important object to them. One of the outsiders, Lexie, debriefs on her experience, “mine started on a sandy place. It kinda felt like it could be Egypt. There was a ship that I was on. I saw a gold face. Oh and also, I definitely felt like a man.” The others had very similar experiences during their past life regression mediation. Damanhur’s secrets have yet to all be unraveled. Who knows what other mystical or spiritual arts they hide?

For more on Damanhur check out this YouTube video:

I am a little confused. Are you talking about Damanhur (the tiny village in Italy), or the Egyptian city of Damanhur? Both places are highly spiritual and mysterious 🙂

Jasmine Borek
Recent Posts on ViaNolaVie
Donate to ViaNolaVie!     GIVE BACK TO THE NEW ORLEANS PUBLICATION THAT’S ALWAYS GIVING!  ViaNolaVie,...