Dave Ramsey’s story starts with a 26 year old making $250,000 a year with a net worth just shy of over a million dollars. What the public didn’t see was the debt behind closed doors. After trying to fight this debt for two and a half years, Dave Ramsey went bankrupt. This bankruptcy caused him to figure out how money actually works. He interviewed rich people who had made money and were able to keep it, unlike himself and read everything that he thought would be helpful. He was able to come back from bankruptcy and wanted to help others come up from the bottom he had been at.

And thus, Ramsey Solutions was born. In 1992, Dave started a company, Ramsey Solutions, to provide people with the resources for financial education. The membership platform, Ramsey+, is a year-long paid membership with access to numerous digital financial materials to help learn how to be financially literate. The resources include one-on-one coaching meetings, EveryDollar, and a premade step-by-step financial plan, otherwise known as Financial Peace University.

The one-on-one coach can help with anything from making a personalized plan to get out of debt to learning how to handle money in relationships. The coach is there to help with whatever support the person thinks they need. The difference between having a coach versus having an advisor or mentor is that the coach comes up with methods and actions to achieve a desired result that is specific to that person and their previous mindset while the advisor or mentor will give direct advice. Coaching gives more long term results.

EveryDollar is an app to help track expenses, make a budget, and put money into savings. The app will break down their monthly income into sections that the person creates with how much they want to spend in different aspects of their life, like utilities, groceries, and cosmetics while also showing how much they have left to spend for that month. There is a section on savings where the person can choose how much to save for different circumstances, like big purchases or emergencies. Additionally, this app helps lay out when things like bills or subscriptions are due each month. Studies have shown that someone’s attitudes towards their finances are often connected to their spending habits and financial practices. Since this app helps create better spending habits, it can be concluded that after using this app, people will also have better attitudes towards their finances.

Financial Peace University is a nine-lesson course, online or in person, that goes through steps on how to have a better relationship with finances, including how to pay off debt fast and invest in the future. In the first 90 days, the average household will pay off $5,300 of debt and save $2,700 for emergencies. Over 6 million people have had success getting out of debt when using this platform, which shows its benefits.

Audrey Wilson is a 22 year old, recent college graduate, living in New York City. She found the transition from college life to independent adult life to be difficult. Having to manage her finances with her first real job and paycheck is a task she was not ready to take on. She works as a social media associate making $54,000 annually pre-taxes, and around $43,000 annually post-taxes. Her 2 bedroom apartment that she shares with a roommate costs $1,500 a month per person, coming out to $18,000 annually, which is around 40% of her salary. She knew all of these numbers before moving, but didn’t realize how quickly she would find herself on a path spiraling towards debt. Her current lifestyle of just spending wasn’t sustainable and she knew she had to come to a solution before it got even worse. After what it seemed like endless research, she came across Ramsey+, which seemed like a perfect fit for her needs. 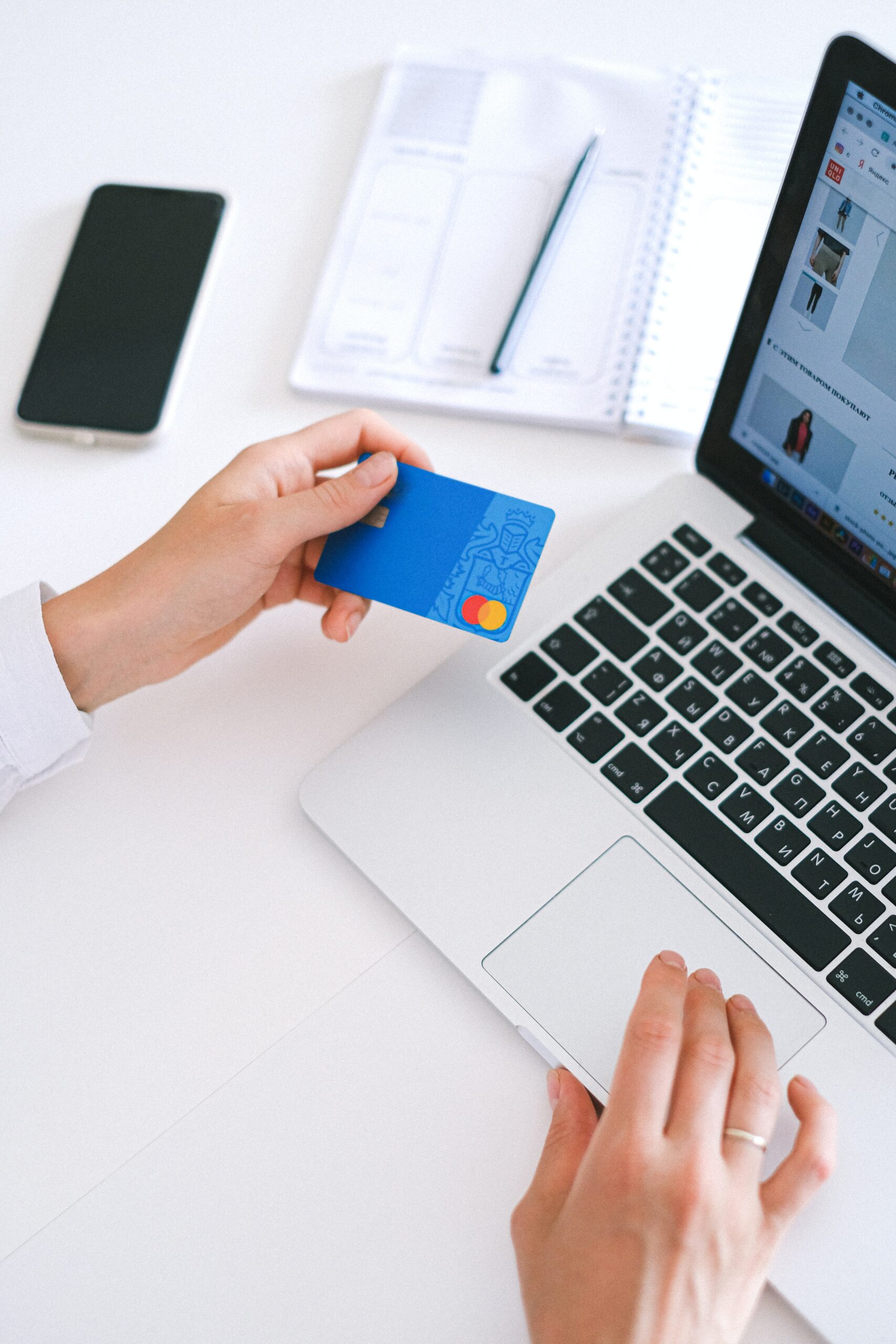 Person paying with a credit card online (from pexels)

Her first step was to schedule the one-on-one coaching meeting. To prepare for the meeting, she had to fill out a few easy forms about her current financial status (including her salary and any debt she has), a list of her previous month of spending, and specific questions she wants to focus on. The coach then looks over these documents before the meeting, so once joining, they jump right into focusing on creating smart financial habits. The majority of this meeting is spent creating a smart budget that Audrey can then input into EveryDollar. The budget they recommended is $1,500 a month for rent, $150 a month for utilities, $450 a month for groceries, $300 a month for savings, $300 a month for student debt, which will leave her $700 a month for other, not crucial, expenses. While Audrey knew that this wasn’t going to solve all of her issues and she had to also put in the work, having this budget laid out made her feel like her finances were much more manageable.

After her one-on-one meeting, she inputted all of the budget numbers into EveryDollar. Her salary, rent, utilities, groceries, savings, and debt were already pre-decided by her coaching call. She then separated her $700 a month of spending money into $300 a month of entertainment (going out with friends, going to the movies, etc.), $100 a month on cosmetics (getting nails and hair done), $100 a month on new clothes, $50 a month on travel expenses (train ride home, savings to fly and visit a friend, etc.), and $150 on eating out (takeout, restaurants, etc.). She felt that this was a comprehensive list of all of the things she would normally spend her money on. She didn’t know if she’d be able to follow this right away, but knew if she put in the effort and tried, eventually it would pay off. 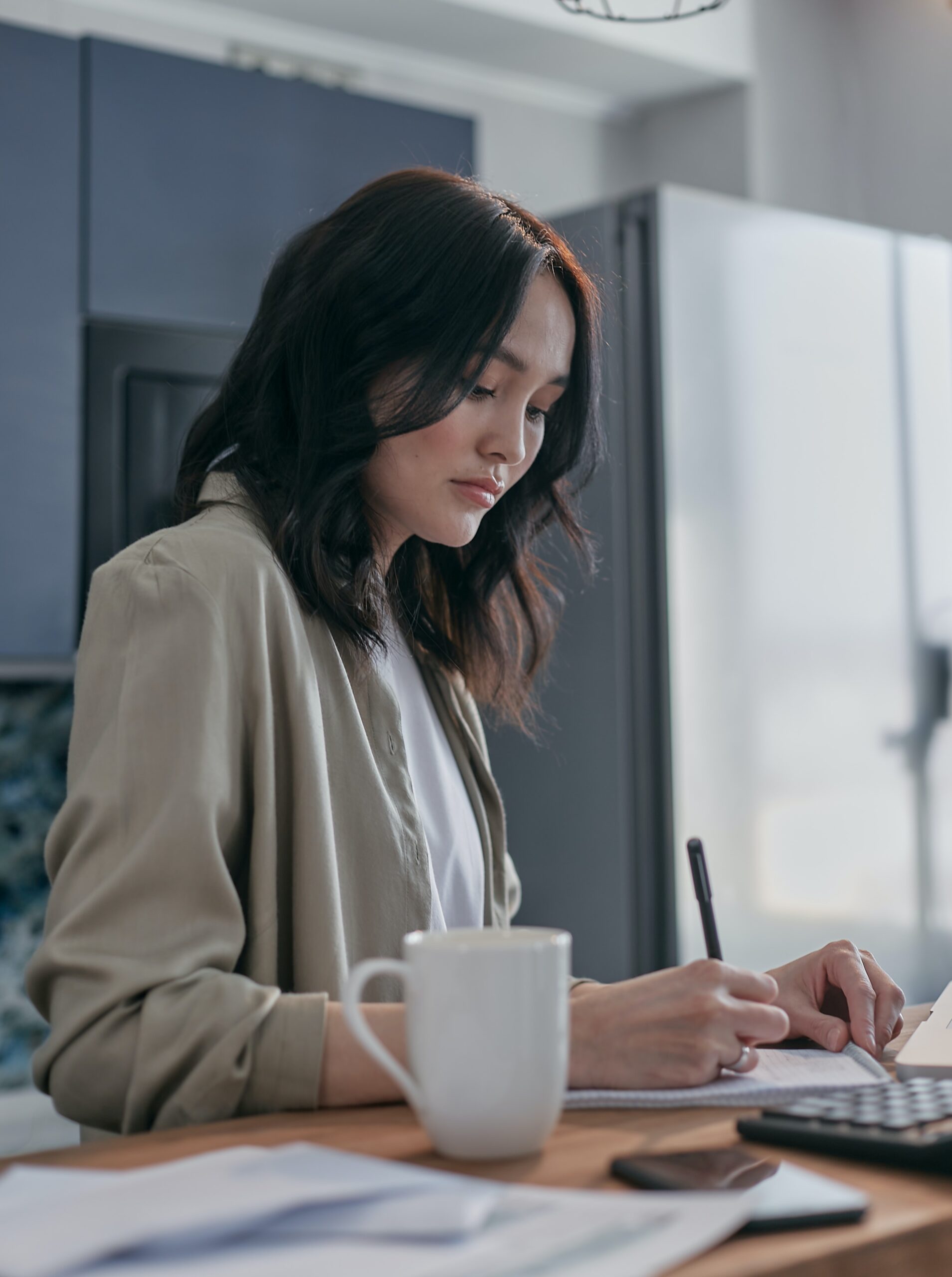 Her last step was to join Financial Peace University. She created a schedule of two courses a week, so she would be done in around a month. She took comprehensive notes on what she learned so she could go back and reference the information if she ever needed.

Like Ramsey+ said, within 3 months, she felt like she had a significantly better grasp on her finances. She was no longer headed into piles of debt, and instead learned how to budget her paycheck. Being able to go into EveryDollar and see she only had $50 left to spend on groceries that month or only $100 left of spending money greatly improved her spending habits. She found herself referencing the app almost every time she went to purchase something, just to be sure it went along with her budget. Not only was she successful in managing her spending, she was also successful in paying off her debt and saving for the future.