Do I have to want a baby?

Rae Johnson was a fifteen-year-old high school student living at home with her parents when she unexpectedly became pregnant with a baby girl, Samantha. While she had been with Samantha’s father for about a year, and he was her first love, they were no longer on speaking terms when she discovered that she was pregnant. Rae claims that “it was an absolute shock” and says, “It was my first time having sex, and while I was educated on safe sex, I still couldn’t believe that I got pregnant.” 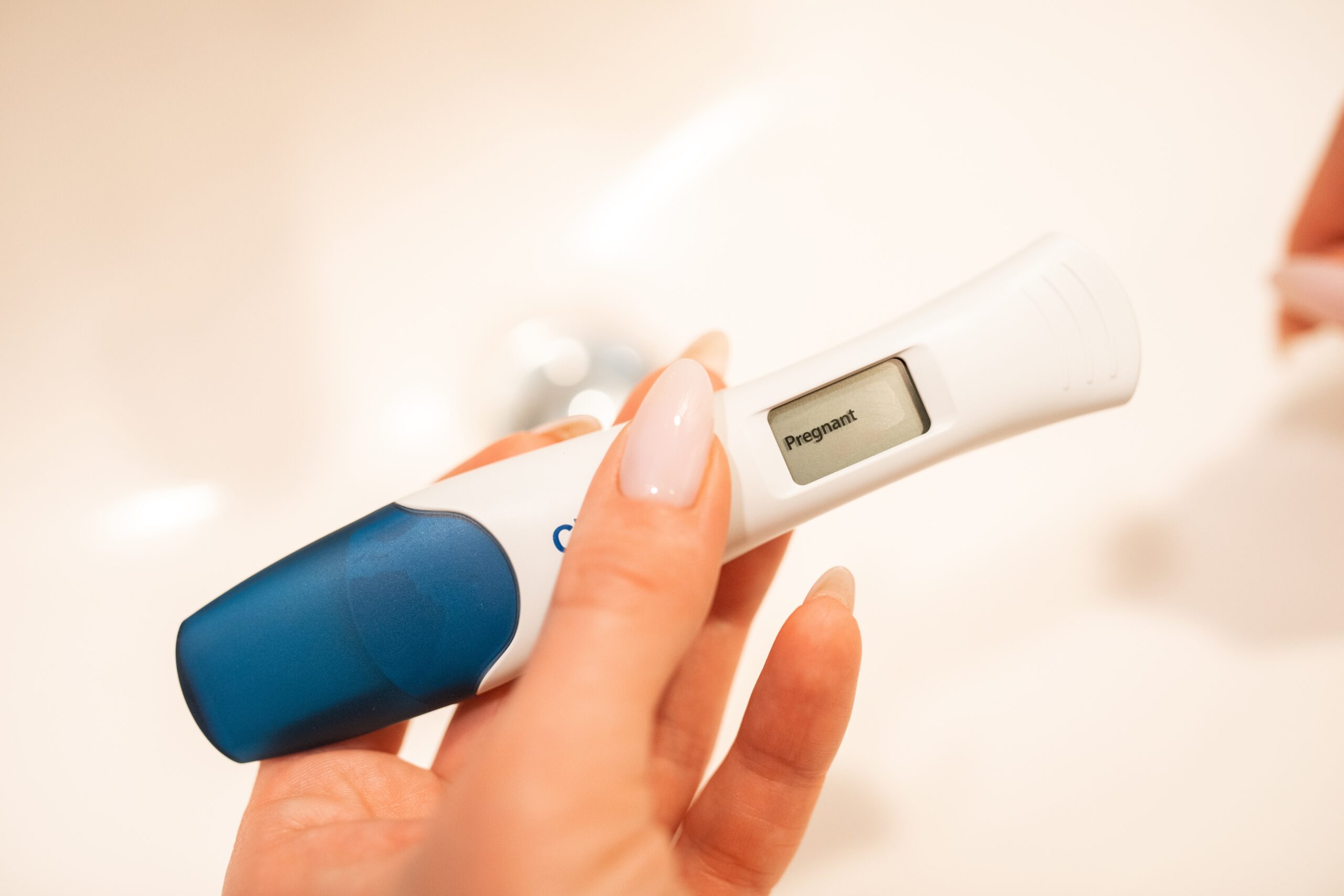 During pregnancy, she continued to go to school and barely showed. Rae states, “No one knew I was pregnant outside of my family, including Samantha’s father,” and expresses that she did not disclose the situation to him until later because of their history and “strained relationship.”

While pregnant, Rae knew she had a decision to make. More specifically, according to Children by Choice, an independent non-profit organization based in Brisbane, Australia, that dedicates its time to counseling women on unplanned pregnancy options, there are three choices to consider in these types of situations: abortion, adoption, or parenting. After much thought, she decided she wanted to keep her baby, although she was not ready for motherhood. She states, “Because I was 15 with no income and very little life experience, I knew I wasn’t fit at the time to give my baby the best possible life.” She further expresses, “At 15, your maturity and patience, in my opinion, are not at the level it takes to raise a child.”

Adoption presented itself to Rae as her best option, for she states, “I believe part of being a mother means making the absolute best decision for your child…that decision for me was to allow someone else to give her the best life and opportunities possible – emotionally, physically, and financially.”

Throughout her pregnancy, Rae was in contact with couples who expressed interest in adopting her baby, but she began to dislike the idea of giving her baby to strangers. Rae states, “I wanted my baby in my life, I wanted to watch her grow, I wanted to be her mom in some capacity, I wanted her nearby.” Rae’s longing to be near her baby, even before she gave birth, can be explained by mothers’ attachment to their children, which begins during pregnancy. Giving birth prematurely, Rae’s baby was in the NICU for three weeks, during which she and her family visited the hospital daily. As a new mother, Rae experienced the effects of oxytocin, a hormone released during pregnancy and at birth that correlates with the attachment a mother has with her baby. Still grappling with unanswered questions, Rae took her baby home, which at the time was New Bern, North Carolina. After many emotionally draining conversations as a family, Rae decided that the best decision would be for her parents to adopt her baby. She wanted to focus on her future and “graduate high school and college and eventually find a stable, fulfilling career.” 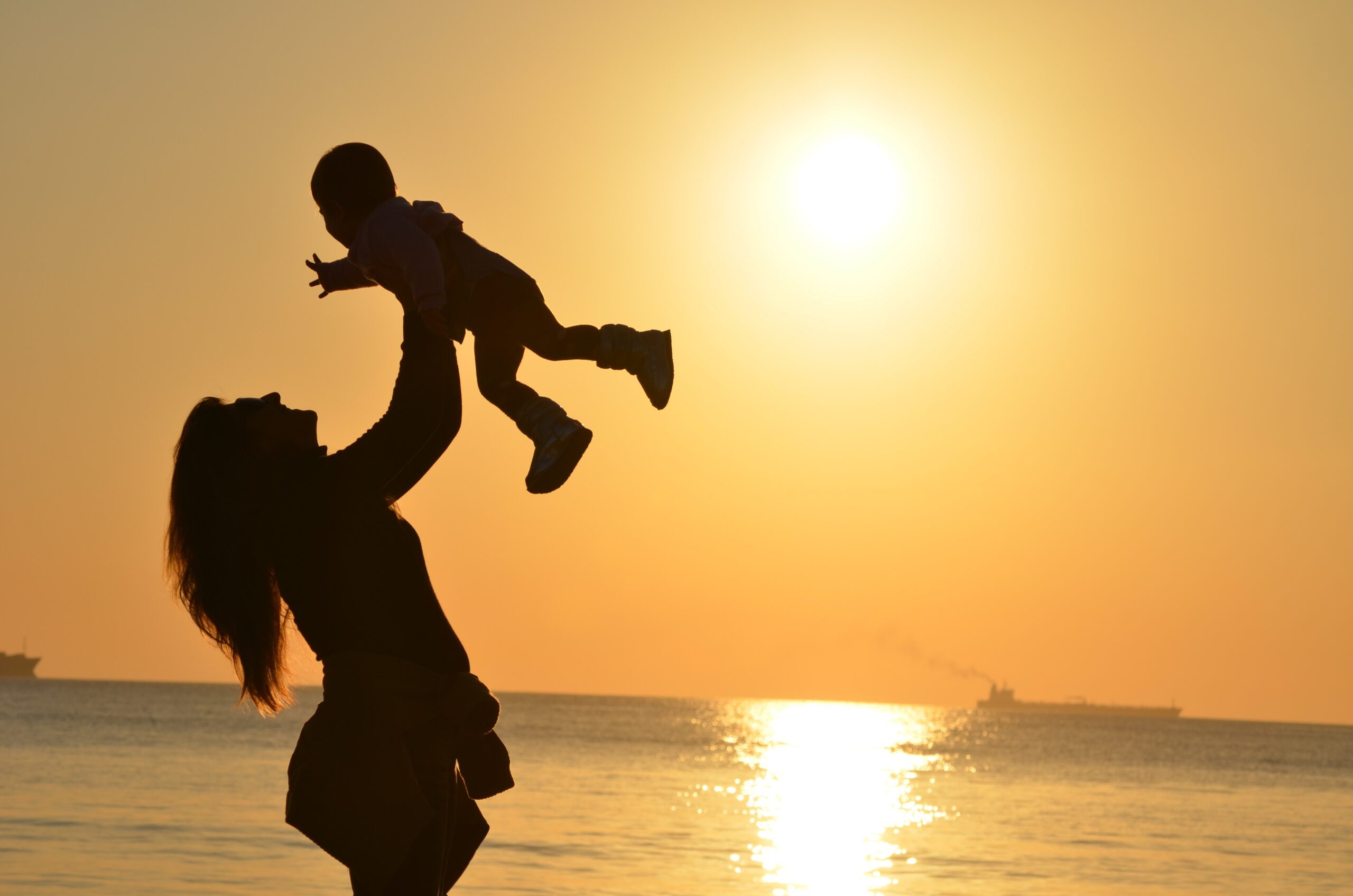 Woman holding a baby in the air by the water (Photo by: Pixabay)

She knew that keeping her baby may make it hard to obtain this future, as teen moms are less likely to graduate from high school and attend college. Rae emphasizes, “Adoption allowed me to focus on and pursue my dreams, while my parents took care of [her] day to day, which I’m forever grateful for.”

Society encourages individuals to uphold the value of self-sacrifice and to consistently ask themselves, “What can I do for others?” and “What personal sacrifices can I make to further someone else?” For years, literature, public figures, guardians, etc., have taught people to look beyond themselves and prioritize taking actions that advance others. Doing otherwise is self-centered. Self-centeredness can be defined by chiefly focusing on serving oneself. In William R. Bradford’s speech to Brigham University, while he pinpoints his dissertation around Christianity, he declares that acts of self-interest produce unhappiness and create hatred in relationships. Based on what it means to be egocentric, one could argue that Rae was such. Referring to her story above, she focused on making a decision that was best for her. Rae wanted to remain present in her baby’s life. Additionally, while she wanted to keep her baby nearby, she also wanted to focus on herself. Her decision allowed her to do both. Based on the pieces of the story revealed, Rae did not exhibit self-sacrifice and focused on serving herself. Perhaps, though, that is not the whole story.

Today, Rae and Samantha Johnson talk daily, typically for anywhere from thirty minutes to an hour. Their conversations consist of chatting about Samantha’s daily routine – school, friends, sports – in addition to how things are going at home, her goals, and any challenges she is facing. Rae claims, “I support her and give her advice,” and that Samantha is “very open and honest.” 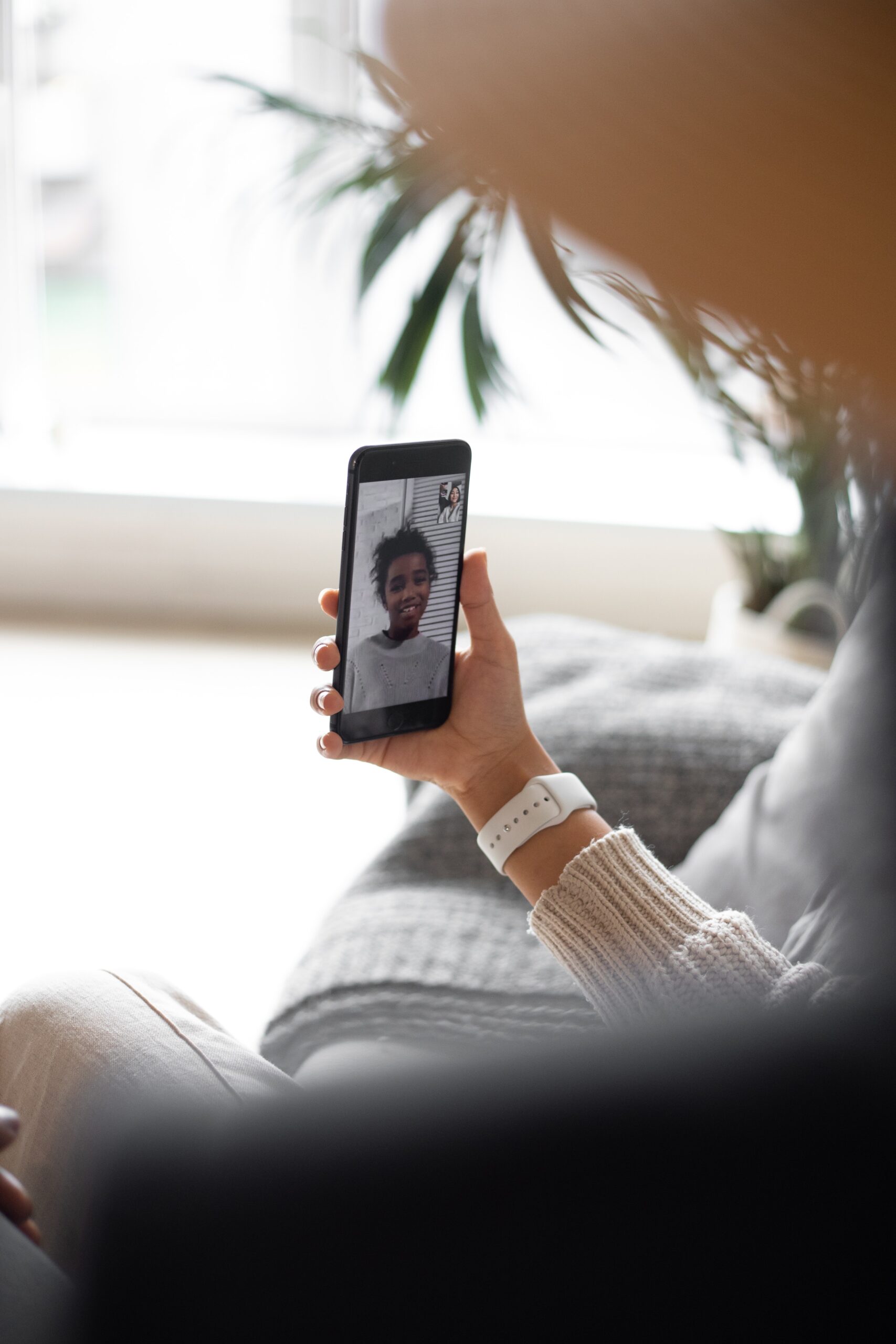 Two people having a FaceTime call (Photo by: Monstera)

Their connection endures long-distance and stretches across countries, as Rae lives in Prague, and Samantha is completing her third year of college at the College of Charleston. According to Rae, they “do a great job of remaining close while physically apart,” and she “could not ask for a more fulfilling relationship” in her life.

As Rae is working as a wardrobe stylist abroad, Samantha is living out her college dream. In Charleston, she lives in her own apartment near her adoptive parent’s house, Rae’s parents’ house. Samantha truly embraces her unique family dynamic and feels that she has double love and support; she has two dads (Rae’s dad and her dad) and two moms (Rae’s mom and Rae). Despite the stress that accompanies unexpected teen pregnancies and all unanticipated pregnancies as a whole, Rae views adoption as “an emotional, complex and beautiful journey that can create beautiful families.”

In society, there is a negative connotation surrounding self-interest and doing things to benefit oneself. According to Jan Bransen, individuals are taught that “there is a natural opposition between self-interest and morality.” Additionally, so much of what is preached today is that one cannot act in self-interest and act in the interest of others. It is always one or the other. What if there was a way to find an equilibrium? Well, there is, and in fact, according to William R. Bradford, “Happiness in this life can be obtained only by establishing the proper balance between serving and being served.” Individuals need to ignore the disapproval of serving themselves and view such as self-love. Jan Bransen states that self-love is possible in situations “in which one actually and honestly experiences oneself as confronted by a difficult choice that will have a serious impact on the course and character of the life one will live.” Under her circumstances, Rae exhibited self-love. She knows that “nothing prepares you for motherhood” and states, “I knew my life and priorities would forever change, and I was not sure how I’d balance it all.” Conceptualizing that keeping her baby as her own would be life-altering, Rae thus made a decision that preserved her devotion to herself and her life goals. Yet, her decision to place Samantha for adoption also ensured satisfaction on both sides, as she claims that Samantha “and I are living great lives.” Rae states that because of her parents, Samantha has “been given the best education and health opportunities” and “has a huge support system who loves her very much.” Similarly, Rae states, “I was able to focus on school and my career, which very much fulfills me and I believe makes me a better mother and role model.” So, Rae served not only herself but also Samantha. She carried out an act that benefitted both parties involved: Adoption. Rae’s journey changed her outlook on life. Specifically, she states, “It affected every aspect of my life – how I viewed relationships, how I managed challenges, and how I wanted to live my life. She made me more focused and pushed me to try and be the best version of myself.”

*All names have been changed to protect identity