Editor’s Note: 85% of the US population owns a smartphone(statista). This adds to the constant busyness of  lives and makes it hard to unplug; it can also lead to unneeded stress. According to a 2019 study published in Scientific Reports, spending at least 120 minutes in nature a week is associated with good health and decreased stress (White et al).  In other words, sometimes we are in need of a stroll through the park, so that’s what we’re giving you. The following is a collection of articles about different parks in New Orleans. The collection features historical articles, talking about the history of different parks; informative articles, featuring different events that can be attended at parks; and creative writing that draws inspiration from the park’s beauty. Our goal through curating this selection was to give anyone the ability to take a virtual stroll through the park. We hope this collection provides a much needed disconnect from the world, and inspires you creatively. This piece on City Park was originally published on Jan 26, 2021. 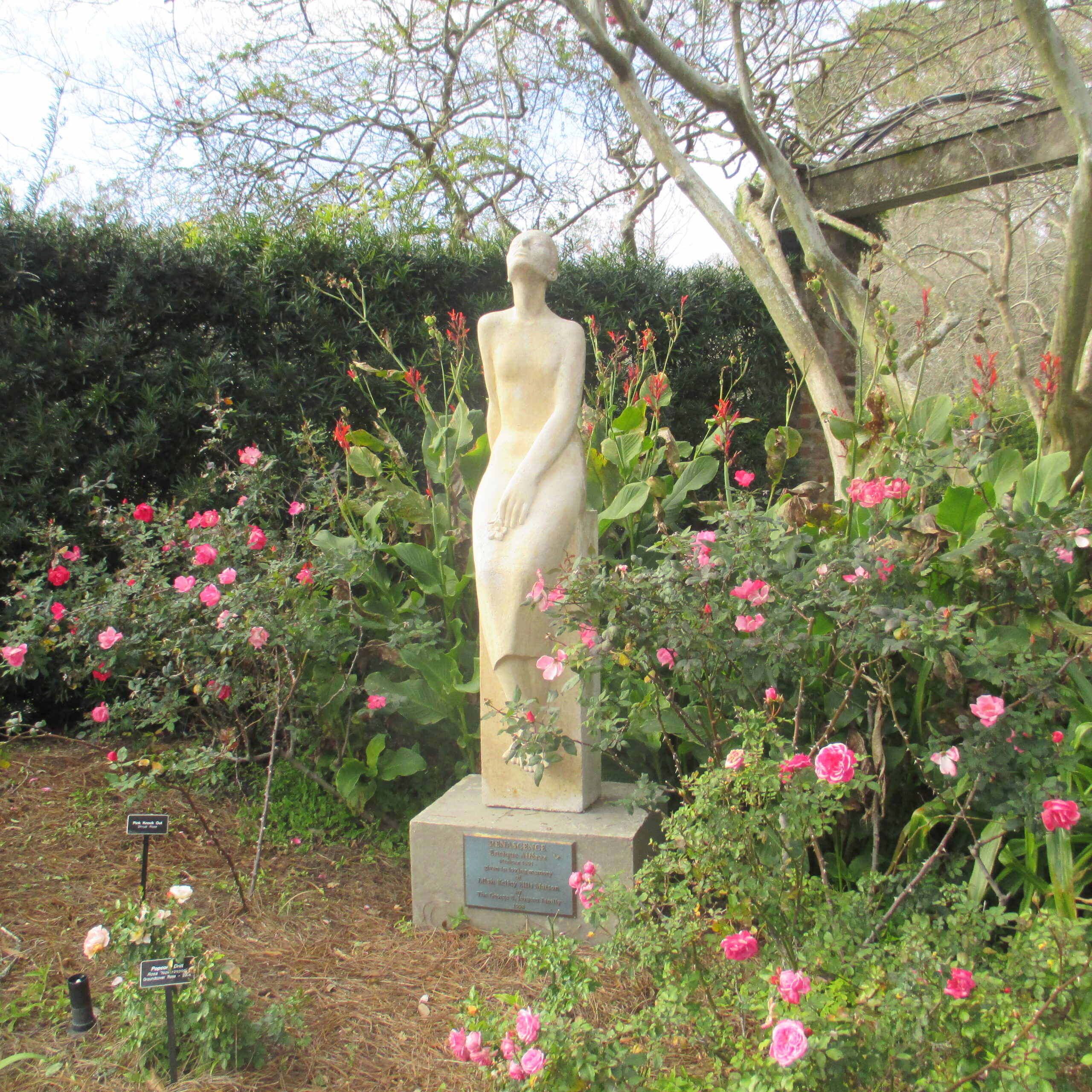 While we are fortunate in Southern Louisiana to be surrounded by tropical flora and fauna year ’round, City Park’s Botanical Garden is an exotic pocket ensconced by sensuous sculptures, babbling fountains, pergolas, exuberantly flowering plants, wildlife and majestic oaks draped with Spanish moss. The garden represents yet another destination defying the pandemic.

City Park’s Botanical Garden — formerly the Palm Garden — was developed during the Great Depression by The Works Progress Administration (WPA), when 20,000 men and women were put to work creating the park’s roads, paths, lagoons and bridges. The renowned Mexican-American artist Enrique Alferez, who designed bas-reliefs at Charity Hospital and The Times-Picayune and Fountain of the Four Winds at Lakefront Airport, was put in charge of WPA artists’ sculpture program and created statues for City Park for some 60 years. Art Deco went out of vogue after World War II and the gardens were neglected throughout the 1960s and 1970s. But in the 1980s, Alferez’s iconic sculptures became the catalyst for revitalizing the grounds.

Fifteen of the artist’s bronze, cast stone and metal sculptures are currently exhibited in the Enrique Alferez Sculpture Garden within the larger Botanical Garden at 5 Victory Avenue. The pathways were designed in 2015 by landscape architect Robin Tanner, who was influenced by meditative, Zen aesthetics, which modeled the soft curves of the sculptor’s human figures. Visitors can wander the grounds in non-linear fashion, discovering sculptures subtly enhanced by natural scenery.

Born in 1901, Enrique was influenced by the earthy realism of his native Mexico where he trained in the studio of his father, Longinos Alferez, who had studied in Europe. As a young man, Enrique moved to the United States, enrolling at the Art Institute of Chicago and apprenticing under Beaux Art sculptor Lorado Taft. Passing through New Orleans on his return trip to the Yucatan, he was intrigued by the French Quarter’s art community and decided to make his home in New Orleans. 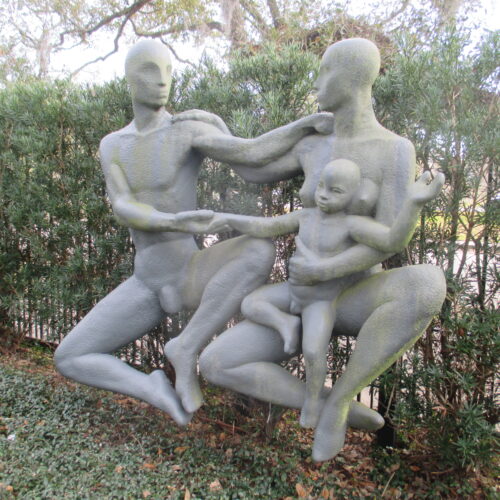 The Family. (Photo by: Mary Rickard) 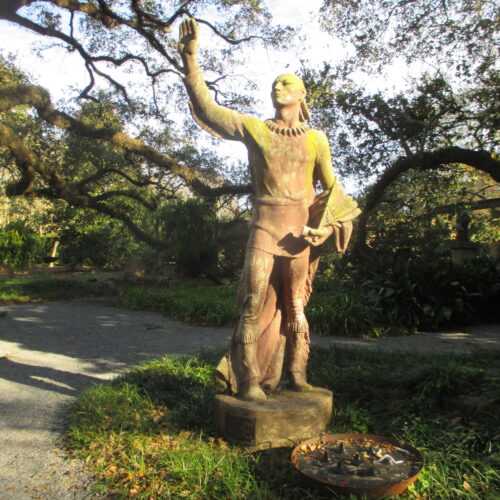 A place to travel during the pandemic. (Photo by: Mary Rickard) 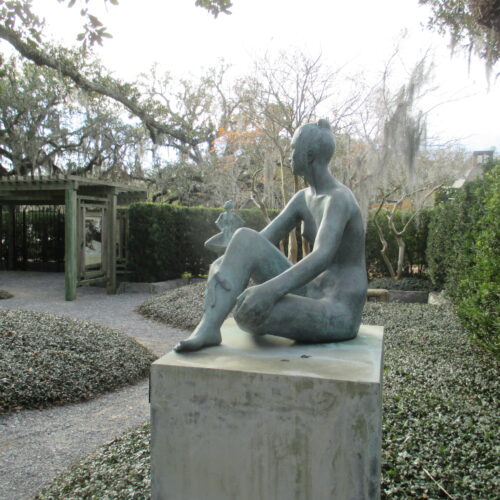 Repose and place to think during the pandemic. (Photo by: Mary Rickard)

“Like most Mexican artists of his generation, he could not escape the powerful ancestral legacy of the art of pre-Columbian Mexico. Also, his use of clear elemental forms is dramatized by the open dynamic energies prevalent in the art of the Colonial Baroque, the European influenced art of the Catholic Church in Mexico,” wrote David Houston in a catalog for a 2002 exhibition at the Ogden Museum.

Alferez’s sculptures were often controversial, perceived locally as risqué — for example Adam and Eve lying naked on a carpet of jasmine — or political — a mother clutching a rifle. The Family, installed at a court building in 1951, received intense public criticism, so was covered and later removed. In 2015, The Family was restored and placed in the gardens.

This month, visitors can appreciate blooming Camellia japonica, azaleas, Japanese and Star magnolia. Crows cawing, the Storyland train clanging and water splattering from its fountains are the only sounds you’ll hear.