The Ronald McDonald House will be open at Children’s Hospital 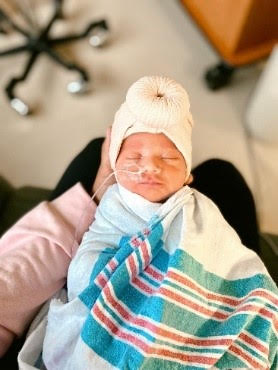 Every week Grace McIntosh, the Executive Director of Ronald McDonald House Charities of South Louisiana (RMHC-SLA, sends out a “mission moment.” Although the RMHC programs throughout the world have served millions of individuals, on that specific week McIntosh spotlighted a beautiful teenage girl who had a love for horses. “It was her high school photo,” McIntosh explains, and under that photo was the story of how while this young girl was perfecting her equestrian skills she had a seizure and fell off the horse. Her traumatic injury resulted in her being in a wheelchair, unable to feed herself, and unable to speak. That was the moment this young girl’s life changed, and that’s when this girl and her family became the mission of the RMHC-SLA.

Having begun in Philadelphia and started by Dr. Audrey Evan in 1974, the RMHC has spread its familial wings, having around 685 core programs worldwide. The RMHC of South Louisiana opened in 1983, and it partnered with Children’s Hospital New Orleans in November 2019, announcing a jointly-funded expanded family housing space on the Children’s Hospital campus. This $6.5 million dollar campaign is in its final stages, “we are looking at construction being completed by no later than the end of this October,” McIntosh says.

This campaign will bring much-needed housing to families from across the state and region whose children receive vital medical services in New Orleans. The RMH on Children’s Hospital’s campus will be in good company, in 2019 RMHC-SLA had around 2,139 volunteers, saved families an average of $756,000 on hotel stays, as well as served and fed more than 480 families. RMHC-SLA and Children’s Hospital have worked as a family in order to build this new expansion so they can offer homes, meals, and services to any family in need.

“We are a little more than halfway to our fundraising goal,” McIntosh says, but from the beginning this endeavor has been a community effort. John Nickens, CEO and President at Children’s Hospital New Orleans, had the goal to make Children’s a world-class children’s hospital, and as McIntosh explains, “every world class children’s hospital has a RMH on site…but we couldn’t afford building on Children’s campus.” When Nickens heard the financial obstacles blocking the presence of a RMH at Children’s, he responded in that New Orleans way of “if we can imagine this, we can do it.”

Nickens pinpointed buildings already present on Children’s campus that would be the perfect fit for a RMH. Imaginations sparked and the acts followed: the houses would be completely gutted and renovated, and Children’s Hospital would raise half the funds.

Being on the hospital’s campus is a saving grace for many families since what they’re experiencing with the sickness of their child is probably “one of the worst experiences of their lives, and it’s not like it’ll ever end,” McIntosh says. “That experience may well continue in some manner throughout that child’s life.” The parents are exhausted and depleted, so having to only walk a few minutes to a house where their food, their laundry, their sleeping quarters, and care for their other children is already taken care of is an indescribable assistance. “It is joy, and it’s a haven,” McIntosh says when she’s asked to describe the services provided for families. “It is about family-centered care,” McIntosh explains. “It’s a philosophy that all of our services have…our responsibility is to relieve or remove the barriers and the burdens that these families are encountering so that they can focus on the singularly most important thing: their child and that child’s care.”

From the impetus, the RMH on Children’s campus has been a group effort, and that collaborative construction will continue as the RMH forwards its family-centered care to those who come to New Orleans looking for miracles in many different forms. The RMHC is a global organization, “so we have abilities to network,” McIntosh says. “I can literally pick up a phone and call any one of my peers, and they will respond.” In that way, this campaign and organization lives the form of what it gives. In order to support families, an organization needs to be a family, and “that’s what we are, a family,” McIntosh says as she pulls up her phone to show me a video.

The video is short. It’s of a little boy running around, positively giddy, with a fake ice cream cone in his hand. He’s maybe 5 or 6 years old, and he wants to be a kid, but his older sixteen-year-old brother, whose mom died two days earlier in a car accident, has just discovered that he has terminal cancer. The father didn’t know where to turn, and that’s where the community and the RMHC-SLA offered him a turn. A turn at a new life. A turn at treatment. A turn to be part of a family that continues to grow and support all of its members.

“That’s the thing,” McIntosh says, “there’s not one single story.” RMHC is about millions upon millions of stories. Not all of them will have a happy ending, but all of them will receive happy moments and stolen times that let patients and their families smile for a moment through their medical concerns.

You can support and donate to Ronald McDonald House Charities of South Louisiana here.