The Truth about the Big Easy: Corporal punishment in New Orleans schools

Editors Note: The following is a week-long series called “The Truth about the Big Easy” curated by Parker Kim. This series is in partnership with Via Nola Vie and aims to give transplants and locals a series look at what is happening in our local government.

Jaylynn grabbed my hand as we walked back through the front doors of her catholic elementary school in Uptown, New Orleans. Recess was over, and she was in desperate need of a water break after a long basketball game against her peers. Her little hand grabbed my three fingers, and we made our way down an empty hallway right before second-grade assembly. As we approached the water fountain, I glanced down the long narrow hallway witnessing a woman drag a little boy by the collar of his shirt as he struggled to get on both feet, whimpering and crying. 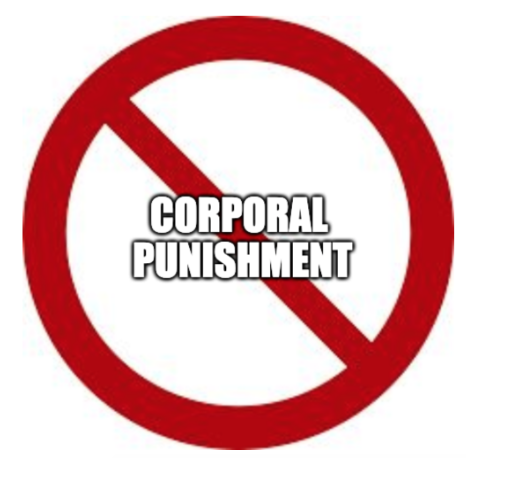 Photo credit to the anonymous author

Watching Jaylynn facedown in the water stream, I looked away from the scene. As she lifted up her head and got down from her tippy toes, we both jumped and froze at what sounded like a book falling against the floor in a completely silent hallway. She grabbed the same three fingers on my left hand, but this time with both hands, squeezing tightly for protection. I looked over to see the little boy’s face bright red, tears running down his cheeks, holding gently onto the right side of his cheek. Jaylynn tugged at my hand, reminding me to keep moving. My heart racing, Jaylynn trembling beside me, I pushed both of us through the hallway while neither of us said a word. I could feel that she was anxified and scared from the way she clung on to me, burying her head down into her neck. I’ve seen Jaylynn pulled from class multiple times, only to see her walk back into the classroom a few minutes later with a bright red face and leftover tears. Although the silence between the four of us in the hallway said a million words, the physical and internal pain endured by being a victim and even a bystander is hard to grasp.

Louisiana has a long history with corporal punishment and the practice has been ingrained into the state’s education system and state law. In Louisiana’s Revised 2018 Statute 7:416.1 titled “Discipline of pupils; additional disciplinary authority,” it states that “Corporal punishment means using physical force to discipline a student, with or without an object. Corporal punishment includes hitting, paddling, striking, spanking, slapping, or any other physical force that causes pain or physical discomfort.” (9) The statute encourages teachers, principles, and administrators to use physical force or, in other words, “corrective measures” in order to “maintain order in the schools” (9). This statute ultimately enables adult figures to discipline students as they see fit using punishment such as striking, hitting, slapping, and so forth if they are deemed to be disrupting “order.” By allowing adults to physically hurt students within schools, it establishes an environment of danger and violence. Louisiana’s school boards association reported in 2017 that 38 out of 69 school districts within the state allow for corporal punishment (8). Democratic state representative Barbara Norton underscored that “1,633 public school students received corporal punishment in Louisiana since 2011” (8). The widespread favor of corporal punishment in New Orleans schools is troubling, and it does not protect children like Jaylynn who are too young to understand the implications of their actions. Further, it creates an atmosphere based on violence and fear and ultimately does not lead to a more safe or disciplined society.

Corporal punishment is an extremely delicate issue that needs to be addressed in New Orleans schools rather than practiced. There is a misconception, according to Elizabeth Gershoff, a professor at the University of Texas at Austin, that “districts that still have corporal punishment are quite supportive of it and are convinced that it ‘works’ to change student behavior” even though no research specifically supports or examines the topic (2). Gershoff reported in her study, “More Harm Than Good: A Summary on Scientific Research on the Intended and Unintended Effects of Corporal Punishment on Children,” that the violence against children is “authoritatively codified in state laws on child maltreatment” (4). Further, she discusses that although the Supreme Court deems school corporal punishment as constitutional, the majority of the states are passing laws to ban the practice anyway reflecting on the statistic that 77% of American adults believe that teachers should not be allowed to spank or inflict harm on a child (4). This reveals just how much Louisiana favors corporal punishment in comparison to other states, making it crucial to bring proper attention to the issue.

The anxifying fear of punishment by violence is detrimental to the safety of students similar to Jaylynn and the little boy. By teaching children that physical violence is condoned, the youth are taught to believe that punishment is normalized and that they should fear their superiors. Institutions should be able to promote a safe learning space for its students; however, our society must reflect this value on a national scale. By educating adults and teachers and implementing various corporal punishment reduction interventions as seen in the Good Schools Toolkit model, corporal punishment can start to be reduced effectively. By working towards educating society properly on the effects of corporal punishment, our society can work towards changing the attitudes towards violence such as the “southern factor” (3). In “If Black English Isn’t a Language, Then Tell Me, What Is?” Baldwin states, “A child cannot be taught by anyone who despises him, and a child cannot afford to be fooled” (1). Our children must be nurtured and protected by our institutions, our government, and our society, not harmed by them.

SCIENTIFIC RESEARCH ON THE INTENDED AND UNINTENDED

EFFECTS OF CORPORAL PUNISHMENT ON CHILDREN.” Law and