May we Mayke a suggestion? No, our suggestion is not that we stop using cringeworthy puns, but it is to think ahead! We know what’s coming: the summer. The time when the air is heavy, the tourists have abandoned ship, and us locals are left to enjoy our city, heat and all. That’s where we come in! All the month of May we are going to prepare you to “Ban the Boredom” by giving you the best places, the best restaurants, and the best event, but since we never do anything “normal” at ViaNolaVie, we are basing these suggestions around various psychological states! If you’re a total introvert, we’ve got a spot for you! If you have a disability, we’ve got the places that actually don’t discriminate and let you get down the way you want to get down. We’ve got something for everyone because New Orleans is the city for everyone! Even ghosts, which you might be able to find at Lafitte’s Blacksmith Shop Bar, along with a step back in time.

You’re walking down Bourbon Street. You see the usual: groups of girls and boys wearing funky outfits covered in beads and holding hand grenades. You hear the usual: a jumble of rap, live jazz, and latest hits emanating from all corners. The music bounces off the walls and the Spanish balconies, entering your ears as you feel the vibrancy of people from all different walks of life coming together. The buildings, although many haunted with ghosts galore, are painted like rainbows covered in Mardi Gras beads that glisten in the sun. By the time you reach St. Phillips Street, the buildings have all blended together, except one. 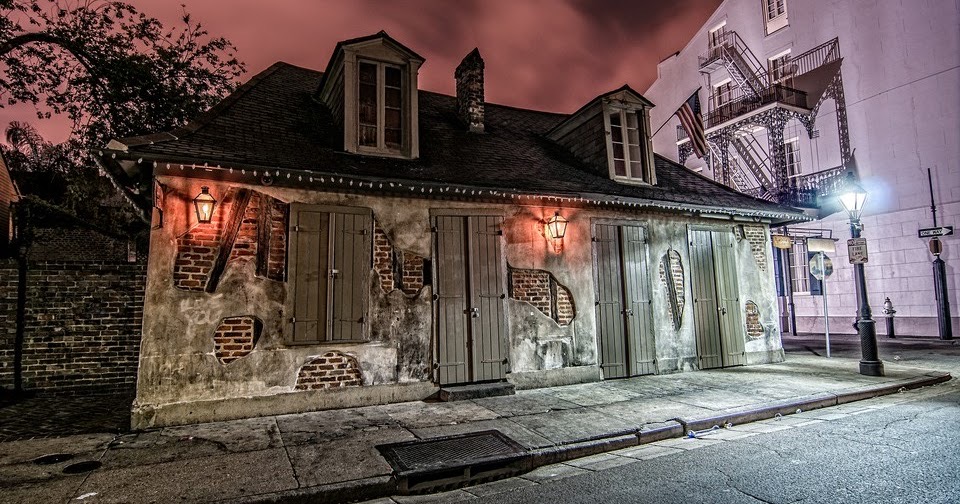 Before we get to the location, though, let’s talk about the pirate. Everyone knows the true spirit of New Orleans lies in the ones whose bodies have left this earth, but whose souls linger in the quarter, bringing charm and livelihood to the city. An entrepreneur, sailor, spy, and hero, Jean Lafitte believed to live in New Orleans around 1770, and made quite the impression. 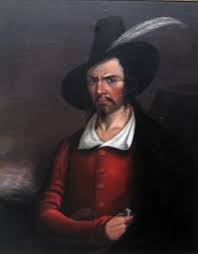 Built in 1722 and operating as Blacksmith, Jean and his brother Pierre Lafitte utilized the structure to sell goods and enslaved people they had captured from their time aboard ship. The brothers resided in Barataria, an island near Grand Isle, Louisiana, and in 1812, Jackson and his troops approached Jean Lafitte in hopes of their alliance in defending New Orleans against the British. In accepting the offer, the British arrived at the river facing the fury of skilled pirates, woodsmen, and free people of color. Due to his success and leadership at the Battle of New Orleans, Jean Lafitte is acclaimed the “hero” who assisted in establishing the morale behind American democracy vs. European aristocracy. Now, let’s look at the legacy he left.

On the corner of St, Phillips St and Bourbon, you arrive at a small cottage of Briquette-Entre-Poteauxe style out of a story book. You’ve made it, Lafitte’s Blacksmith Shop. You hear the voices of what sounds like hundreds singing karaoke. The piano is in charge of the music here, igniting a home-like feeling of unity and family. The structure has clearly survived the trials of time: Hurricane Betsy, Hurricane Isaac, Hurricane Katrina, Hurricane Ida, and the Great New Orleans Fire, holding the memories of a bygone era. You see old people smoking cigars with a beer in hand, young couples swinging to the melody, clusters of girls singing from the top of their lungs, and strangers meeting for the first time. There are hues of neon purple and green as well as a faint glow from the candle light piercing out each window and door. There are resounding smiles and the sound of harmonious laughter that can’t help but fill your spirits. In regards to spirits, there are two kinds. The first being the alcoholic spells that alter your mind. The second, the spirits of those who’ve cheered here before.

According to legend, like so many ghosts that haunt the quarter, Jean Lafittes spirit remains here on earth, spending his days in the bar. Supposedly, his gold is still buried deep beneath the cottage, under the fireplace, so keep an eye out for a man dressed in pirate wear, for he might be sipping a beer while guarding his treasures. Not to fear, for he doesn’t prefer conversing with the living, but if you make eye contact, he might fade into the shadows. I must warn you, however, do not search for the pirates booty. If you do choose to risk your fate and peek in the fireplace, prepare to encounter the demon that guards it, for two piercing red phantom eyes will peek back at you.

Once you have stepped foot through the portal, you’ve taken a step back in history. You are greeted by smiling bartenders ready to immediately take your order. It is only a couple of seconds before they interrupt your thought and offer you their famous Voodoo Daquiri. If that isn’t the way they propose it, they’ll probably refer to it as their “purple draaank” Yup. That’s how you say it. This drink, or should I say spell, is made of a sweet grape flavored frozen daiquiri spiked with Everclear, a 190 proof grain alcohol, and bourbon. The traditional name, Voodoo Daiquiri, stems from the religion, Voodoo. Originally developed in Haiti, Voodoo first came to Louisiana when enslaved West Africans were brought here in the 18th century. Through a process of syncretism, and a particularly heavy influence of Catholicism, Voodoo became a popular spiritual practice. Instead of believing in one God, they believe in spirits that interfere with everyday life. The spirits are believed to connect to humans through snakes, chants, music, and dancing. No wonder New Orleans is the hot spot. One sip of the Voodoo drink and you are sure to dance the night away, luring spirits of all kinds in your space. 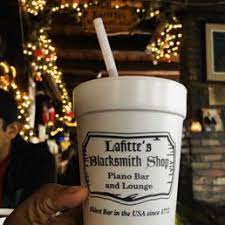 As you approach the end of the bar, the “cottage” opens up to what looks like a newly-purposed foyer. In it rests a grand piano which takes about half of the room. An array of candles decorate the cover, allowing just enough light for the musician to see his magic fingers hit the keys. People circle around in awe. The piano here plays everyday from 10 am- 3 am, in hopes to keep the Axeman from reigning his terror, yet again. From May of 1918 to October of 1919, New Orleans lived in fear as countless bodies would appear haxed in pieces that appeared to be from an ax, leaving no remnants of the killer’s identity. On March 16, 1919 the Times- Picayune published a letter from a man claiming to be the axeman. He wrote, “They have never caught me and they never will… I am not a human being, but a spirit and a fell demon from the hottest hell.” He concludes the letter warning of a coming killing spree that very same night to all those who refuse his ultimatum: play jazz music or be axed. The people of New Orleans gathered all around the city in big groups playing live jazz music through the night and no one was killed. For this reason, Lafitte’s stays open for as long as the piano man can play!