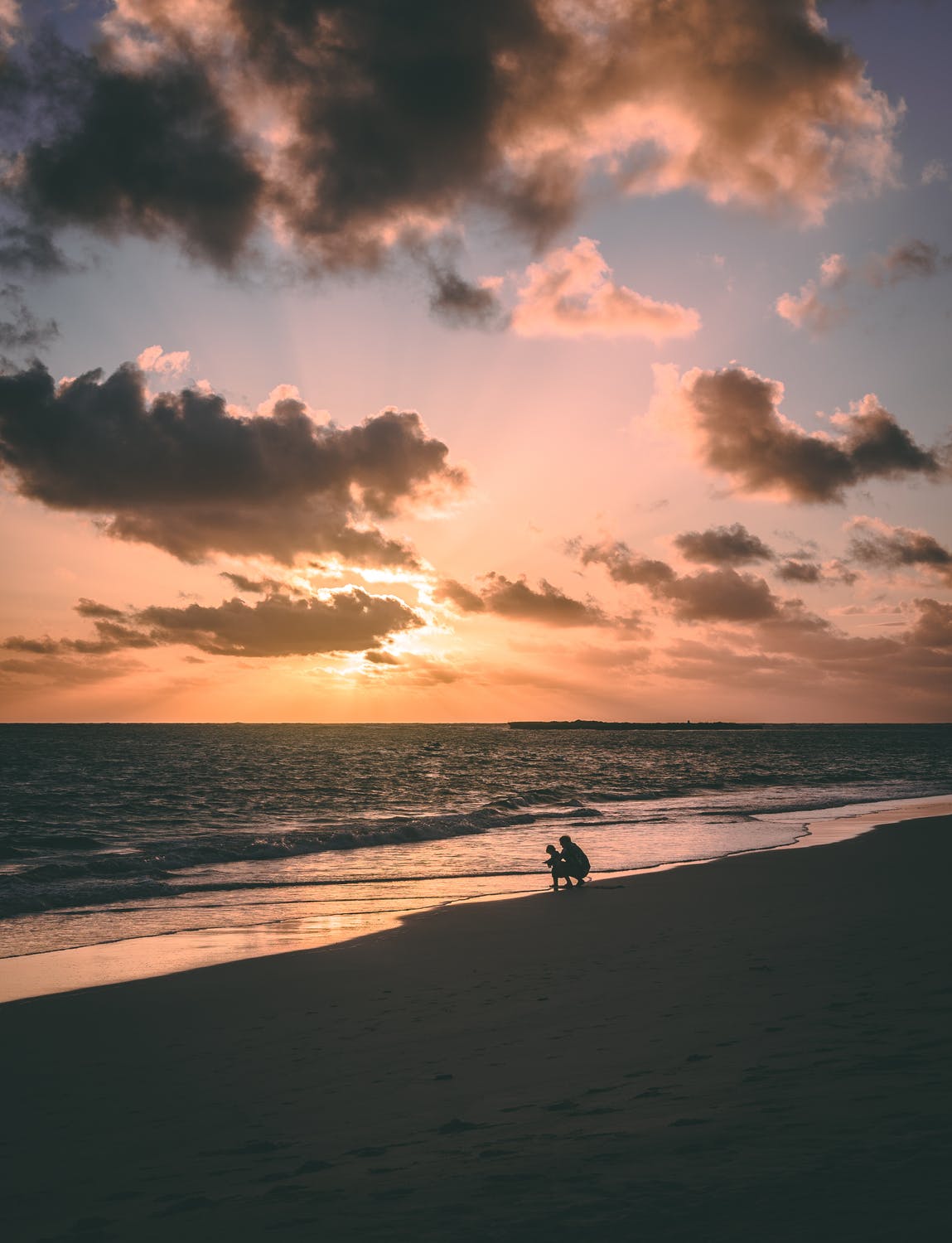 Father and Son at Ocean- Jacub Gomez from Pexels

It’s four am on a Saturday. While most 16-year-olds are sleeping away the hours of sleep deprivation from school, Christian is getting jostled awake by Apple’s “Sencha” alarm. There’s only one thing that could force him to rise before the sun: the ocean.

Student by day, surfer by night, Christian lives in Manhattan Beach, a small town in Los Angeles County known for its great surfing culture. The mellow waves create a laid-back surfing vibe that extends beyond the waterline and into the whole town. He was raised on The Grateful Dead, acai bowls, and surfing. When he was five, his dad woke him up on a Saturday morning at four am by throwing a wet suit and a block of “Mr. Zog’s Sex Wax” (a popular brand of wax for surfboards) on his bed. When little Christian asked his dad what was happening his dad responded with, “it’s time to surf ”. He followed his dad out to their old Ford Bronco. The sight of his dad’s light blue, eight-foot surfboard hanging out the back of his dad’s truck was no foreign sight. Christian would see the board every morning when his dad took him to school. His school was on the way to El Porto, one of the best surf spots in all of Manhattan Beach, so his dad would drop him off at school then hit the waves. However, this morning was different; It was a Saturday, and most importantly, a smaller, beige surfboard was sitting alongside his father’s. Christian grew up spending hours at the beach sitting next to his dad in the hot sand, watching his dad meticulously apply layers of wax onto his surfboard. Seeing the foreign beige board filled young Christian with a Christmas-morning excitement as he realized it will soon be his turn to use his new bar of wax on his very own board. He hopped in the front seat of the Bronco, and the familiar scent of saltwater and coconut air freshener, the same air freshener that his dad had been using since Christian was born, pushed the remaining grogginess out of his body as he buckled his seatbelt. 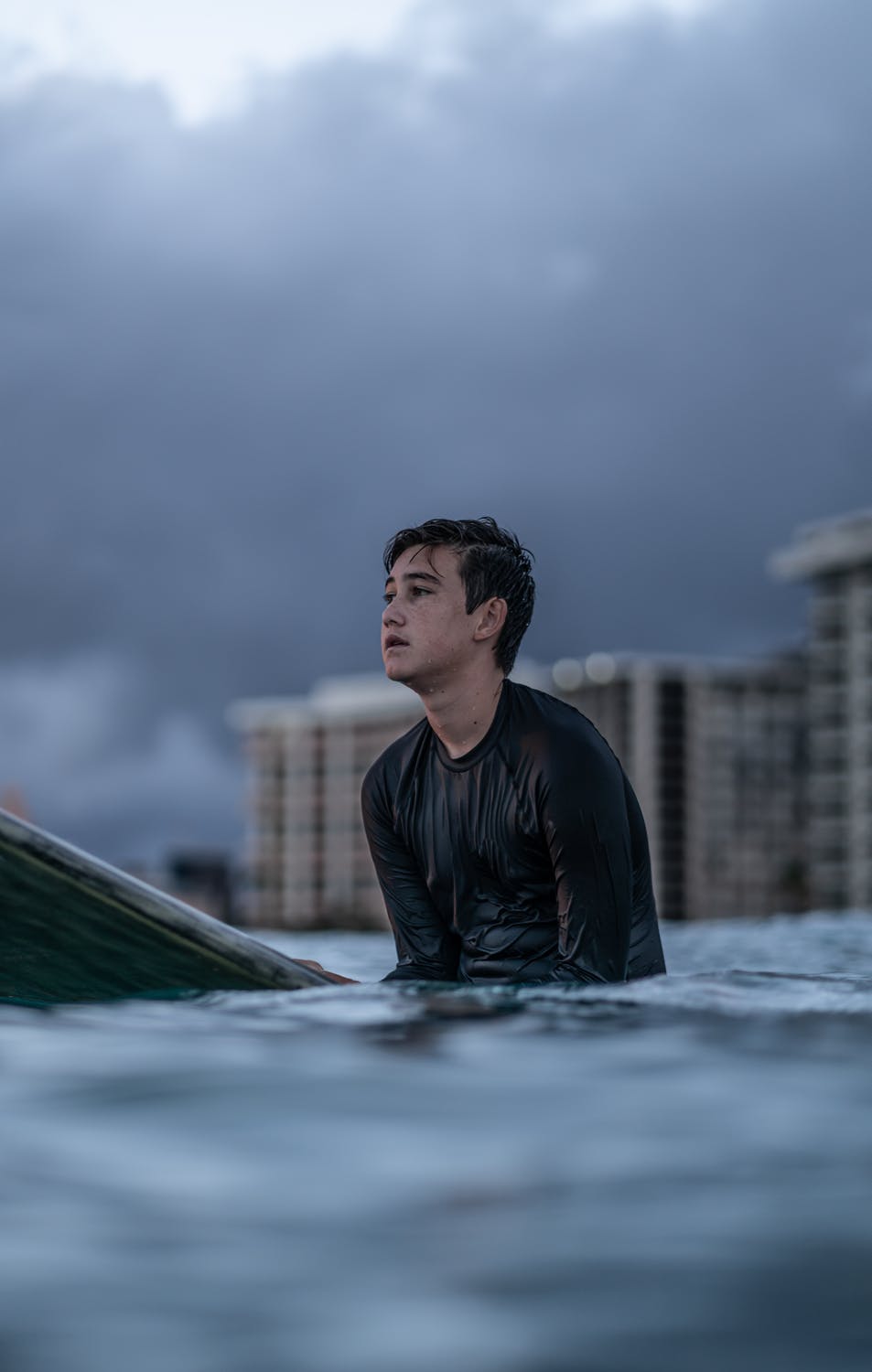 The sound of the old engine starting up was a common intro for The Grateful Dead’s “American Beauty” album. Little Christian never understood why his dad insisted on playing The Grateful Dead every Saturday morning; all he knew was that it was his dad’s surfing ritual. As his dad turns off their road, Christian looks back at his surfboard. The early morning sky highlights all the fine details of the beige board: a small scratch in the plexiglass, the worn-out Velcro on the leash, and a small break right on the top of the board. The early morning light made it clear that the board was used. Christian wasn’t surprised; his dad refused to buy anything new, claiming that “Used things have soul. They have been loved and bonded with. New items are soulless, and why would you ever want anything without a soul?”. Christian found comfort and perfection in all his board’s flaws, because they meant his board had been loved and was filled with soul. He decided to name it “Buddy”. He immediately felt bonded to Buddy. To Christian, Buddy felt like an old friend. His gaze slowly lifted from Buddy as they pulled into a gravel parking lot. His eyes came to rest on the mosaic-esc scene in front of him. The deep-blue ocean water had a pink hue from the sky and was covered with surfboards of all different colors.

Although Christian had been to this beach before, he had never seen it this full and beautiful. He asked his dad why there were so many people. His dad responded with, “The good surf rises for two reasons: to greet the sun good morning and to wish it goodnight”, a quote Christian still uses to motivate himself to this day. Christian threw open his door as his dad parked the truck, throwing his body out of the truck. The adrenaline coursing through his body prevented him from feeling any sort of pain as the ground greeted his feet. He banged buddy into an old Volkswagen van as he struggled to pull the large board out of the backseat. A man startled Christian as he appeared in one of the windows of the van, looking as though he had just awoken from a 1,000-year sleep. Christian mistook the man for a homeless man and asked his dad if they could buy the man in the car breakfast. His father laughed and said, “That man isn’t homeless. He did what many surfers do: chase the wave. He has maks leave their stereotypical lives to pursue a life of Buddhism, many surfers leave their stereotypical lives to pursue a life of surfing. It is the search for the perfect wave”.

Christian struggled to lift all seven-feet of his board and carry it all the way across the gravel lot. When he finally reached the sand, he allowed the tail end of his board to drop. His dad immediately stopped him and said, “Never let your board drop, son”. Christian picked the board up and persisted until he reached the water. The mid-April Pacific water sent a shock through his body causing him to lunge out of the water. He looked back at his dad to see the small black wet suit that awoke him early that morning draped across his shoulder. “Patience”, said his dad, “Patience and intuition are the first two lessons of surfing”.

After maneuvering into his wetsuit, he began his journey into the water. He watched as surfers paddled, stood up, and fell on the waves. He noticed that some surfers succeeded and rode each wave to the end while others failed and wiped out. However, no matter what the outcome of each attempt was, he noticed that all the surfers paddled back out to the pack (the spot at which surfers wait to catch a wave). Watching the cycle of wave catching and returning to the pack put Christian into a transitive state and the sudden realization that the ocean floor under his feet was gone came about as a wave crashed over him, submerging him below the water. The wave pulled him back, tumbling him and his board into the ground. When he reemerged, he was flustered and frustrated. He frantically wiped the mix of salt water and sand off his face. He found himself near his father, though he was too disorientated to notice. His dad grabbed his attention and held out his hand. When he was able to stand up, his father held him firmly by the shoulders and told him, “I never beat my fear of the ocean until I realized I would never win. I had to surrender to the ocean and acknowledge its power. The only way you will learn the peace and euphoria that comes from surfing are by respecting the ocean, surrendering to its power, and synchronizing with its movements. When you learn these, then you will be a surfer”. Christian mounted his board once again and began paddling towards the pack, this time alongside his father.

Eleven years later and he’s finally learned why his dad plays The Grateful Dead every Saturday morning, although he prefers their “Workingman’s Dead” album over his dad’s choice of “American Beauty”. He drives his dad’s old Bronco to the beach, because it has soul. He says hi to all the people in the vans, knowing that one day he may be brave enough to leave behind his stereotypical life. He allows his failed attempts at catching waves to fill him with gratitude for the ocean’s immense power. Most importantly, he is still on the search for his “perfect wave”.