Artists in their own words: Gerri Weagraff 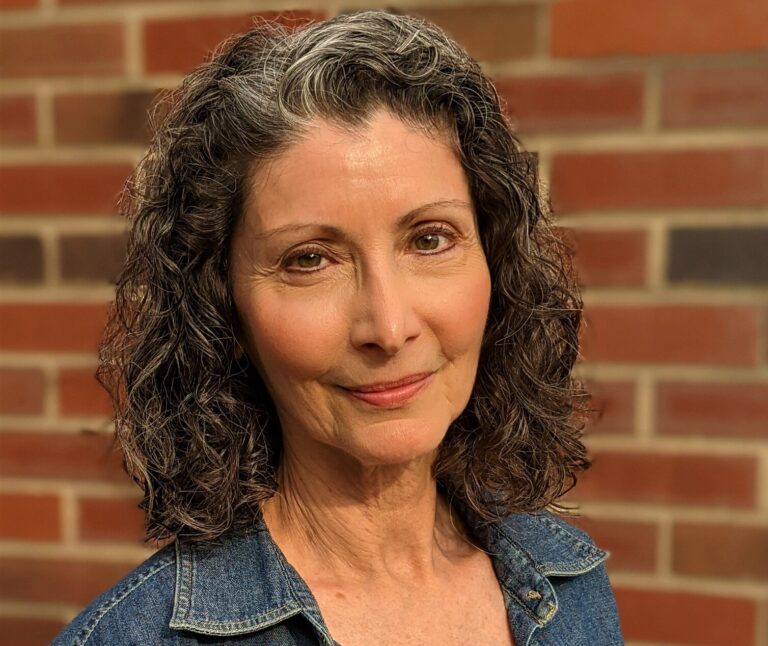 Gerri Weagraff, actress playing the Dowager Empress in the upcoming production of Anastasia (At the Saenger Theater April 5-10).

What: Actress, who plays the Dowager Empress Marie, in the upcoming engagement of Anastasia, which will play at the Saenger Theater on April 5-10.

KC: What’s a prop from Anastasia or any show you’ve been in that you feel like holds the magic or memories of the music box that plays such a role in the play?

GW: From Fiddler on the Roof there was a sewing machine, and this story is multi-layered because the show Fiddler holds special meaning for me in so many ways. Fiddler was the very first show that I did ever when I was 16 years old. It was also the show where I met my husband in 1986, and, on top of that, my mother played Yenta, the matchmaker, in the community theater production. But it’s not even done there.

The next production I did was with my two children, and then it was the first national tour that I did, and that launched me into a whole new phase of my life.

When I got back from my tour I was in my mid-50s, and I just decided that it was time to make theater a full career. I had never really done theater as a career; it was always a side job for me. I had other full-time jobs, and so did my husband. I made a complete shift in my life, and I made it the focus.

Two years after that in 2014, I was doing some regional theater, but in 2014 at the dinner theater near my house (where I’d done 35 years of shows), they were doing Fiddler again. I was cast, my daughter was cast, and my mom was also cast. Then my mom was diagnosed with cancer, and she had to drop out of the show.  My mom died 9 months later.

GW: I know, but it goes even deeper, and it links with the sewing machine. I’m Jewish, and my grandparents came from Eastern Europe. My grandfather was a tailor, and his sewing machine got passed down. When my mother passed, I said, ‘I’m keeping this sewing machine,’ and I created a little heritage corner of my living room.

KC: Fiddler feels like it was meant to be. It has connections to your life and in your life in so many ways.

GW: And it’s not only Fiddler. [Laughing]. The show I’m in now, Anastasia, my future daughter-in-law was in the original Broadway production. My son majored in musical theater and after he graduated in 2014 he got cast in the national tour, and he met this lovely girl Sissy Bell. They started dating, and my son proposed to her last year.

KC: And now you’re the Dowager in that exact production.

GW: It took a while with Covid and the shutdowns. I started the audition process in 2020, and then I didn’t know what was going to happen for a year and a month. Then the silence stopped in April 2021, and here we are. Theater has always meant a lot to my family, and we are all so grateful for what it has given us.

KC: It’s interesting that we’re talking about how theater has built all kinds of families since Anastasia is all about family — missing one, searching for one, and hoping for one. When is it that you think people need family the most?

We actually ended up taking in my son, Jordan, and Sissy during the height of the pandemic because they needed to get out of New York City. They lived with us for a bit in Delaware, and there were so many changes that we were able to support each other through. My son actually changed jobs completely; he went into nursing, and we were there to talk with him through all of those steps.

I’m so thankful that we haven’t had many tragedies, but even in the small difficulties we need that support from each other. That’s one of the factors that makes Anastasia’s life so difficult. She has amnesia, and she has haunting memories. She’s grasping onto knowing that there’s a home and a loving family out there somewhere. It’s a type of hope for her, but with the character I play, the Dowager Empress Marie, the hope is more complicated. She has a struggle between wanting to hope that Anastasia is out there and alive, but she also doesn’t want to hope because it’s so painful.

KC: There’s so much we hope for with family; yet, so many productions have their protagonists be orphans. What do you think that is about?

GW: In a way, I think it’s a way to show that family can be anything. We can make our family, even if we don’t have a family, or if we lose our family. There’s this moment in the play when someone shares that they’re also an orphan, and Anastasia feels so connected to him. There’s an understanding, and there’s an immediate bond. There’s even the line of, ‘Well, neither of us has a family, so maybe we can be each other’s family.’ Family doesn’t have to be biological. It can be whatever we need it to be.

KC: There are so many layers in the Anastasia production, and there’s even the ballet of Swan Lake in the production. What do you feel like is a part of a ballet production that you also put into your own acting production?

GW: I never took ballet; that is Sissy’s world. All of the performers that are part of that ballet have such extensive talent. There’s so much training that goes into ballet, and I think for me, I have to contemplate posture a lot, which is a huge part of ballet. The Dowager always has to have a regal posture, so I have to be dedicated to keeping my body in that position. There’s a precision that goes with how to hold my shoulders, my head, my hands, my back, everything if I want it to look regal.

KC: So what about being conned? There are two con men in the show, so have you ever been conned before?

GW: [Laughing]. You know, I have always had the reputation of being a ‘goodie girl.’ I can’t think of a time when I was conned, but I’m going to make this connection between peer pressure and conning.

When I was in 6th grade there was a group of kids and they said, ‘Hey, let’s go smoke these cigarettes.’ We went behind the school, we smoked them, I didn’t like it, I knew I shouldn’t be doing it, and then I got caught! Yet, I learned a lesson from that experience. We have to trust our instincts as individuals. If we feel that something is not going to be right, trust that.

It goes the other way too. Sometimes we will get a feeling of, ‘This is what I’m supposed to do,’ and we should listen to that instinct. I feel like that’s a huge part of Anastasia. She has to go through so many obstacles, and many would give up, but she knows she’s on the path she needs to be on. I’m not going to spoil it, but it’s a pretty unbelievable path, and I, too, am so glad I get to be a part of it with her.

You can see bGerri Weagraff star in the role of the Dowager Empress Marie, in the upcoming engagement of Anastasia, which will play at the Saenger Theater on April 5-10 as part of the 2022 Hancock Whitney Broadway in New Orleans season.

Artists in their own words: Lawrence Fothe
Artists

Artists in their own words: Jasmine Easler
Artists