An open letter to Miriam Haart

My name is Emma Becker, and I am writing you this letter as a way to thank you. Our generation––Gen Z––is defined as the first generation to grow up with the internet. We are literally nicknamed the “iGen.” We have grown up hearing the inspiring tales of Mark Zuckerberg and Steve Jobs––two men who dropped out of college (Harvard and Reed College) and built their trillion dollar companies from the ground up. This list of successful men in STEM who broke away from the path society claims will lead you to success has only grown as we have aged, with Jeff Bezos, Elon Musk, Jack Dorsey, Bill Gates, and so many more. Interestingly enough, all of these men either dropped out of college or quit their jobs in order to start their business. Gates dropped out of Harvard, Dorsey dropped out of NYU, and Bezos, now the richest man in the world, quit his prestigious investment banking job to start Amazon. But here is the question I have recently been bearing: Why is there no female Mark Zuckerberg?

From a young age, I sensed this constant pressure on women to not be different. I could see it in tasks as small as shaving my body hair, straightening my curly hair, being told I speak too loud, and following the strict dress codes of my elementary, middle, and high schools that heavily focussed on female student’s clothing. Turns out I was not alone in feeling this, and the pressure on women to be a certain way only grows with age, causing a pattern of stress and anxiety in American women. In fact, “Eleven percent of women ages 45-64 are on an anti-anxiety medication – nearly twice the rate (5.7 percent) of their male counterparts.” These pressures reach much further than physical appearance and actions, however, as there is also a pressure to think a certain way. Especially when it comes to women in STEM, it becomes crystal clear in school, where “persistent, subconscious images of male scientists and mathematicians start at the earliest of ages,” who is “supposed to be” good at math and science. This stereotype continues to affect women now, with women making up just 28.8% of the tech industry––regardless of the continuous research proving that boys and girls are equally as proficient in STEM subjects. Even with Steve Jobs’ and Jonathan Littman’s 1997  “Think Different”  campaign plastered on millions of TVs, billboards, and posters across the country, It was hard to see this as a possibility for me and other young women, who did not have any female icon to look up to. 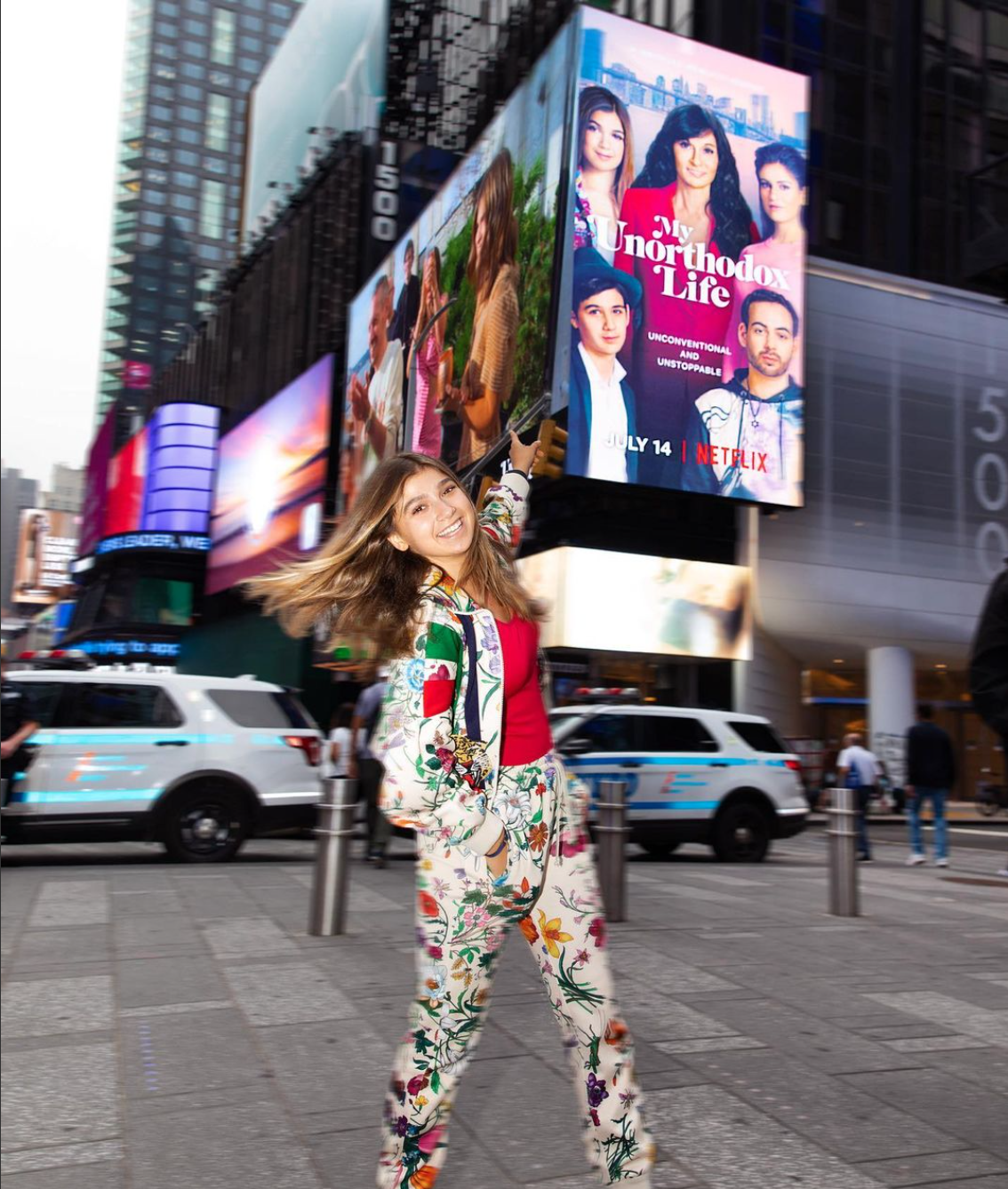 This negative outlook all changed after watching your reality Netflix series “My Unorthodox Life” this past summer. While the show was more focussed on your mom, Julia Haart, and her journey of breaking away from her ultra-orthodox Jewish community of Monsey and becoming the fashion designer and entrepreneur she is today, I couldn’t help but focus on you. 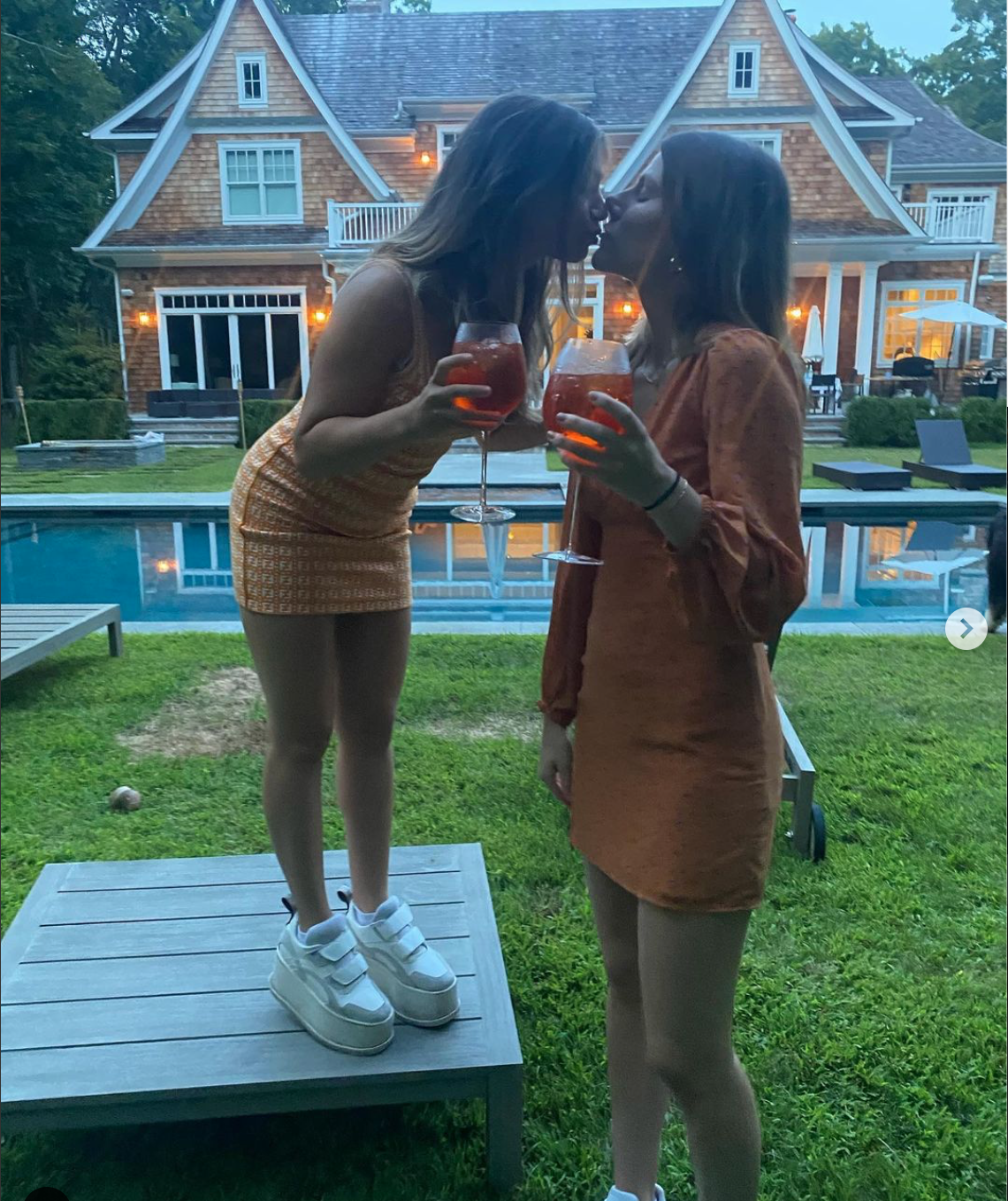 At just two years older than me, you have created over ten IOS apps, including award-winning Norma which helps women maintain breast health. When you were 16 years old, you found a college robotics course in Manhattan that you wanted to take. When the professor told you that high school students were not allowed to take it, your response was not to give up on taking the course or wait until you graduated high school, but rather, “If I can break into your system and register myself as a student, will you let me in your class?” Within 30 minutes you were enrolled in the course. As a mere child, when Monsey was the only life you ever knew, you immediately began to question why boys were allowed to do things such as play sports and ride bikes, while you were not. You taught yourself basic schooling like grammar and history in a community where girls were allowed very minimal education. In questioning the sexism within this ultra-orthodox community, you inspired your own mother to escape and start a new life for herself and your family. You came out as bisexual to not only your family and friends, but to hundreds of thousands of audience members who watched you go on dates and kiss other women throughout the nine episodes of the series. You dress however you want to––wearing pants and shorts——regardless of what you were taught to be acceptable growing up. You even encouraged your older sister to do the same. You legally changed your last name to Haart and went back to your hometown to have a mature conversation about it with your father as a teenager. You graduated high school early to attend Stanford University. And most importantly, you gave young girls all over the world a female representation of someone who broke various systems, did something so different and creative, and followed your passions to success. 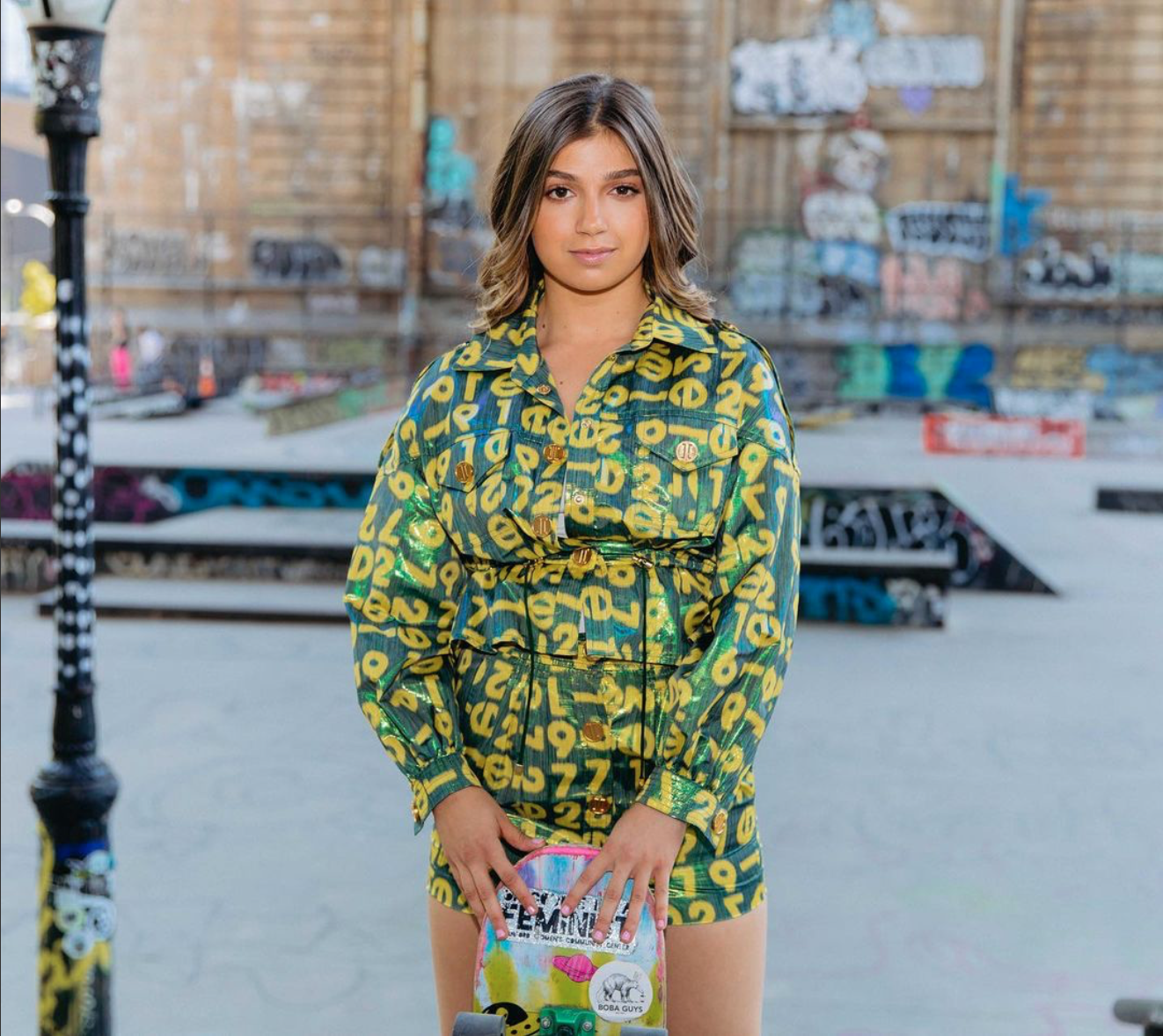 So, Miriam, as a young jewish woman and fellow college student, I would like to say thank you. Thank you for giving young girls the image that I never had. You are an inspiration to not only all the women who have felt and currently feel inferior in their math and science classes, but every woman who has ever been made to feel as though their opinion does not matter as much as a man’s. You gave Netflix watchers an incredible representation of LGBTQ+ women, especially those in very religious families and communities. Your way of questioning authority when you feel something is wrong, whether it’s getting into a robotics class or riding a bike, is incredible and admirable. You give me hope that the 28.8% of women currently working in technology will exponentially increase as the generation of young girls learning their times tables and whatever the hell the mitochondria does right now watches your success grow as you get older. You said it best yourself in the very first episode of the series, “People say think outside the box, but I don’t even think the box exists.” I hope not only young girls, but women all over the world hear this and erase all of the restrictive boxes within our society. If there is anything “My Unorthodox Life” proved, it’s that it is never too late to think different.

And by the way, thank you for answering my question, because the answer is simple: There is no female Mark Zuckerberg, and there never will be. Rather, there will be more Miriam Haarts.