Editor’s Note: It’s sometimes called an Odyssey. It’s sometimes called a gift. It’s often called everything in-between, but when we look at life, it feels like a quest. That’s why we’re giving all of April to the Life Quest(ions) that people have always wanted the answers to. Here’s what we did: We asked hundreds of people what quest and question they’ve never been shown or given the answer to even though it’s something they’ve always wanted to pursue. Then, we pursue it and provide the answers! Next up, we’re looking at living off the grid and how to obtain it. 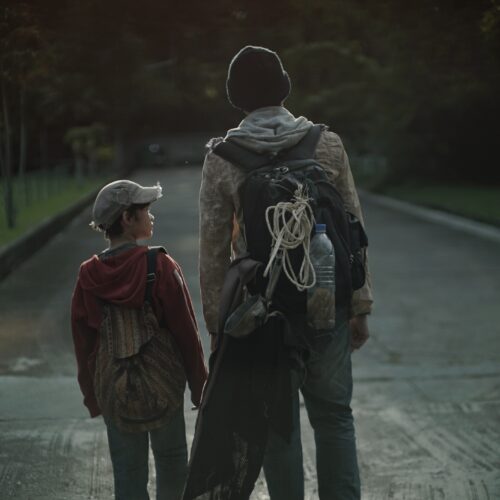 What does a “different” life look like? (Photo by: Nipan Chawcharernpon)

Think about the last time you were upset. Likely, it was because you were attached to a person, a career, or an idea. It is risky to become overly attached to a person because more than likely he or she will leave at some point in your life. Additionally, it is dangerous to become attached to a career, because people are often forced to change career paths. While these are dangerous forms of attachment, the most menacing is attachment to an idea. Humans become fixated with the idea of  “What their life should look like.” Often, people decide their life should involve a high level of wealth. However, the pursuit of wealth slowly becomes the fundamental root of human suffering. This pursuit has no finish line.

According to Ashley Williams, a Harvard psychologist, “If anything, once people start making a lot of money, they begin to think they’re doing worse in life, because they become obsessed with comparing themselves to those who are richer.” Society keeps trying to climb the ladder of wealth, believing they will reach a point where they will see nobody ahead. However, what if we stopped climbing?

The United States acts as a promised land, enabling its citizens to pursue their dreams and aspirations. However, if you read the fine print you will notice a few exceptions. These exceptions condense the definition of “dreams and aspirations” to the pursuit of wealth. If your dream is unrelated to wealth, it will be incredibly difficult to find acceptance in American society. Indeed, transient groups, like the gutter punks, have faced an abundance of societal rejection, because they opted out of the pursuit of wealth. Accor

ding to Martine Blue, a Canadian director who lived much of her life as a gutter punk, “It’s [being a gutter punk] about not having to have a job, not having an extensive apartment or a house, squatting, getting around by hitchhiking, hopping trains, and eating out of dumpsters. It’s an ideology of valuing your time more than your money.” It is strange that the gutter punks are considered societal outcasts given that the ideology of “valuing your time more than your money” actually leads to more happiness, according to research published in 2016. It is hypocritical that the mark of a “successful” American citizen is one who started from very little and worked their way to the top. While the “top” might be a level of income vastly higher than the level at which you started, it does not signify the peak of your happiness. Many Americans face societal pressure to run a race towards wealth without ever considering if they are running in the right direction. According to Laszlo Bock, Google’s head of human relations, Google receives over three million job applications annually. Additionally, Goldman Sachs receives over one million applications annually. It is important to note that the race towards wealth is not an easy one. The job acceptance rate at Google is 0.2% and at Goldman Sachs, it falls around 4%. If society is trying to reach happiness, they should turn around. Like the gutter punks, Christopher McCandless, also known as Alexander Supertramp, decided to turn around and seek fulfillment elsewhere. In fact, McCandless donated over the twenty thousand dollars left in his college fund, and he gave up his car. Additionally, he burned the remaining amount of money he had left, reversing the narrative of the American dream by trading in his financially promising life for a life that lacks a need for finances at all. In the book, Into The Wild, McCandless often read and sought inspiration from Leo Tolstoy, an author that also rejected the need for wealth. 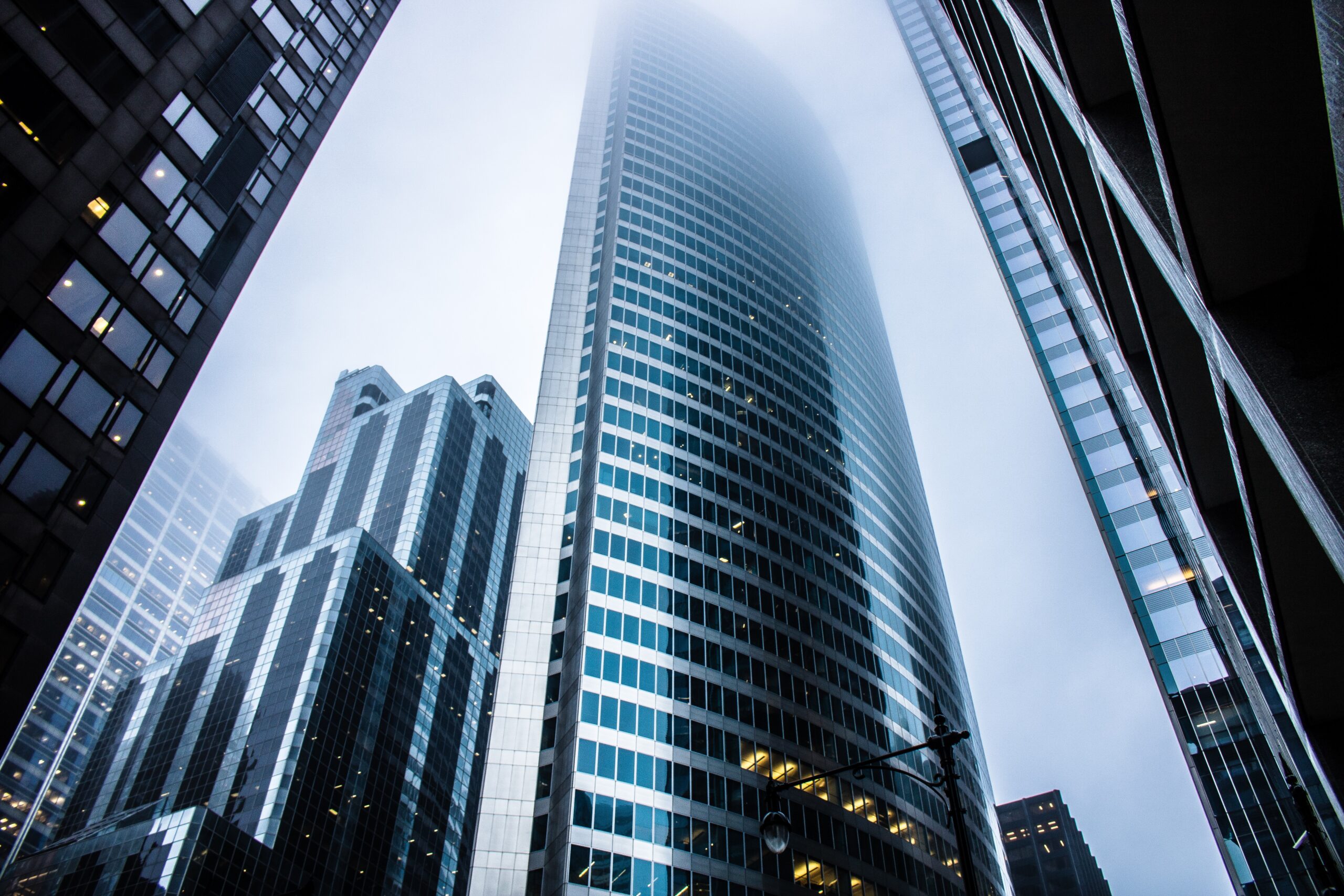 What does a “normal” life look like? (Photo by: Essow)

The gutter punks and McCandless share a similar approach to living a more fulfilling life, far removed from any attachment to material wealth. Yet, they are different in their approach to relationships. McCandless fled society having lived a mostly solitary life in the Alaskan Wilderness. While McCandless rejected materialism, he neglected to cater to one of the most important components of happiness and fulfillment: relationships with others. In fact, McCandless died alone, and his body was found in an abandoned bus–deep in the Alaskan wilderness. According to a study by Harvard University, “embracing community helps us live longer, and be happier”. Robert Wardinger, a professor of psychiatry at Harvard Medical school said “The surprising finding is that our relationships and how happy we are in our relationships has a powerful influence on our health.” In this regard, the gutter punks are successful, because they have a strong social network. It is important to note that the life and social structure of a gutter punk are fairly unknown.

However, I have observed that gutter punks never seem to travel alone, and I often see gutter punks panhandling together. On the outskirts of many parks in New Orleans, it is common to see large groups of gutter punks camping together. Likely, this ensures the safety of all the members and makes them less of a target for criminals or police officers. My friend also shared that his father is often forced to call the police because large groups of gutter punks regularly try to illegally live in the hallway of his mostly vacant apartment complex. All of this further solidifies the strength of the gutter punks’ vast social network. Interestingly, there is a known culture in the Gutter punk community called “Freeganism”.

This is the most organized community that even has its own website: Freegan.info. The goal of this community can be found plastered on the website’s home page “Strategies for sustainable living beyond capitalism.” This culture is based on helping fellow gutter punks, or freeganists, navigate such a uniquely difficult lifestyle. In fact, the website has a “Dumpster Directory” that enables people to locate the highest quality dumpsters. According to the website, one of the most famous dumpsters in Manhattan is at the Garden of Eden on Broadway between 108th and 109th Streets. The website claims that this dumpster is “One of the best diving sites in the city‚Äîsuper-high end fresh produce in huge plastic barrels, bags of fresh-made packaged entrees, loose buffet bar food, lots more. Enormous volume. Lots of exotic produce. You’ll find stuff there from 9:30 or 10 on.” It is obvious that gutter punks reject the myth of self-sufficiency, and they function by relying on others. This enables transient groups to reject abundance because abundance serves no purpose other than providing a high level of stability. However, society’s definition of stability is not what transient groups desire or need to live a fulfilling life. Instead, they pursue stability through unpredictability–confident that each day has no purpose other than being a novel experience.