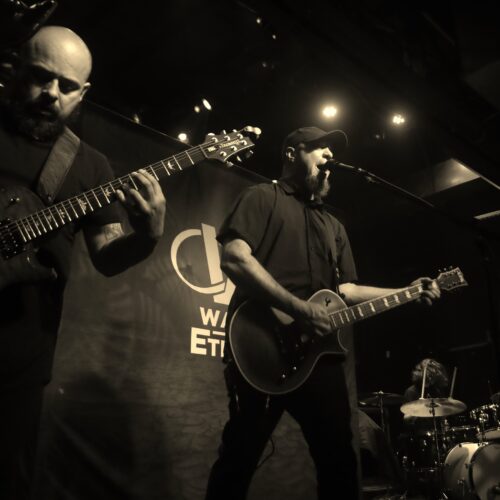 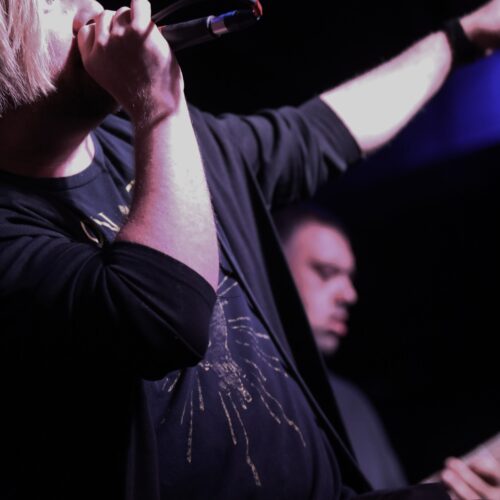 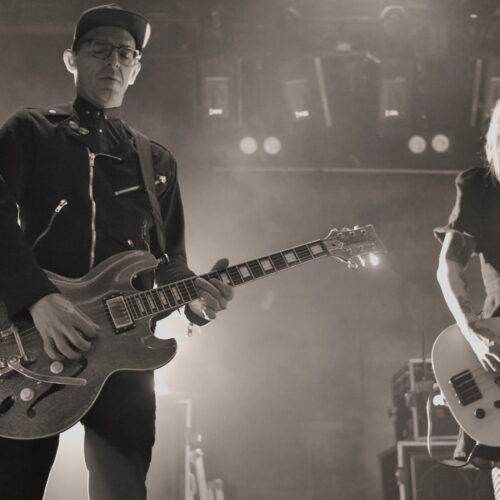 Alt-rock heavy weights Cold, along with Waiting For Eternity, and Covington natives First Fracture played Southport Music Hall recently and needless to say, it was as close to “normal” as I’ve come to in a long time when it comes to a concert to review.  Looking around the packed venue, you wouldn’t even have known a pandemic had ever happened.  I felt as safe as I had prior to the pandemic.  I’m sure it was in the back of everyone’s mind; it just wasn’t in the forefront.

Starting off the event was First Fracture, a local band that got a last-minute call to open when one of the national openers wasn’t able to play.  To say the band was gracious would be a massive understatement.  “We’ve only got a short bit of time, so we’re going to make every minute count.”  They thanked the audience every chance they got as well as the club and Cold. The set was quick and the audience was attentive the whole time.

Next up was Waiting For Eternity a four-piece Alt-Rock band from Tennessee. Members include Shane Grubb (Lead Vocals, Guitars), Tony Cook (Bass, Guitars), and Edison Vidro (Drums).  The band formed just before the pandemic started.  They managed to record an album with eight solid tracks.  Sadly, the timing wasn’t the greatest.  The band opted to release singles from the album in anticipation of a full tour.  Well, the time has finally come, and they were able to attach themselves to Cold’s tour.  Their set is of course predictable, only having the one album, but that’s not a band thing.  They also opted not to do any unnecessary covers, sticking to what they have been working with these past two years. 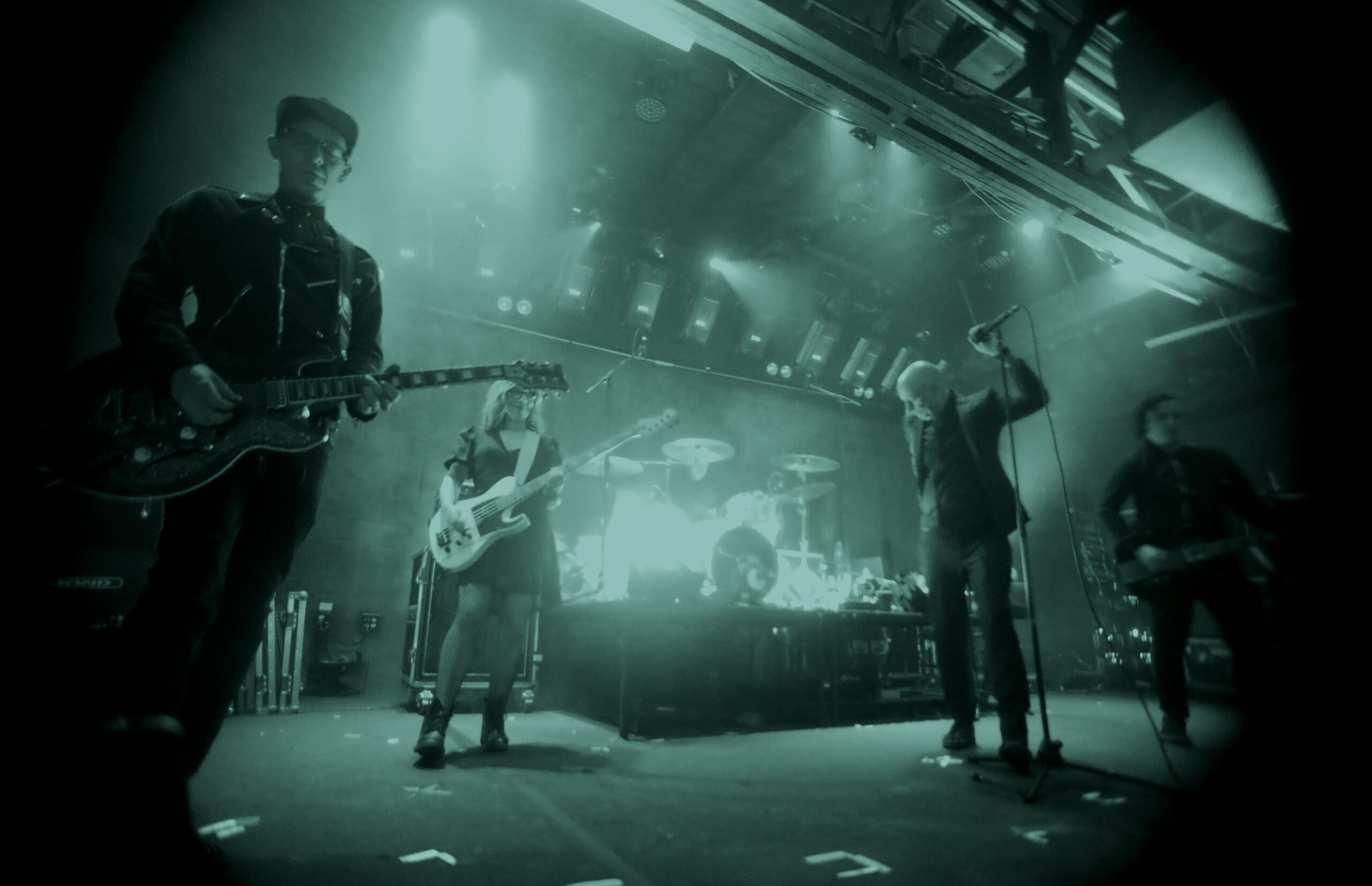 From the bands bio:

“We want to create music to share our story – the story that everyone shares some part of – getting through hard times, learning who we are (or are not), finding the strength to push on, growing stronger from hard times, learning that you are never truly alone and ultimately, to encourage and lead others to the truth that there is HOPE and something better to be found on the other side of struggle, frustration, defeat, failure, pain and loss.”

After hearing Waiting For Eternity play live, I can say the above statements hold completely true, and I can’t wait to see where their journey will take them.  They had an amazing time and were excited to be in New Orleans for the first time and are looking forward to coming back.

The evening’s main even was Cold, not the influential New Orleans punk legends The Cold, but the Alt-Rock band from Jacksonville Florida.  The band formed in 1986, but they didn’t get noticed until 2000, with their sophomore album release, 13 Ways to Bleed on Stage, which includes the smash hit, “Just Got Wicked.”  Throughout the years, the band has gone through several lineup changes, but is now touring as such, Scooter Ward (lead vocals, piano), Lindsay Manfredi (bass, backing vocals), Nick Coyle (lead guitar, backing vocals), Jonny Nova (rhythm guitar), and Sam McCandless (drums). 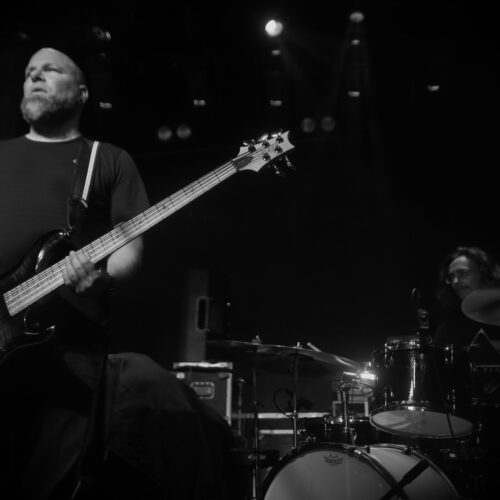 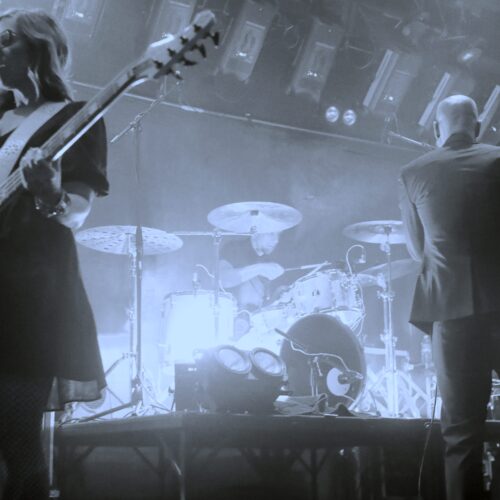 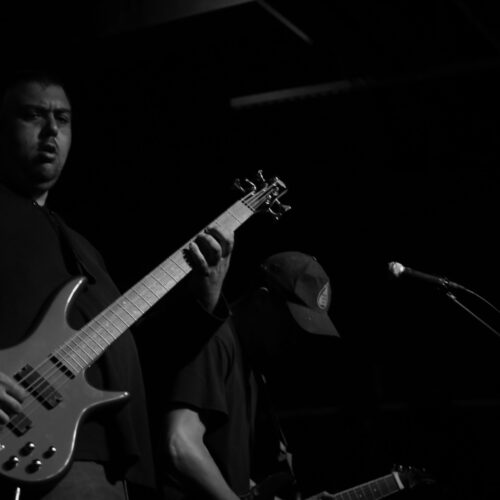 The band hadn’t played New Orleans since 2011 — when they played the house of Blues.  They have released one new album since then and this tour is a combination of it as well as material from 13 Ways and Year of the Spider.  The set https://www.setlist.fm/setlist/cold/2021/southport-music-hall-jefferson-la-b8ad57a.html was a nice combination of all three albums.  The main set ended with their two biggest hits, “Wicked” and “Suffocate.”  As the band came back to the stage for their encore, something odd happed, apparently a car was stuck on the railroad racks outside and needed to be pushed off.  I don’t know if it was part of the band’s touring outfit, or just some unfortunate passerby.

“Truly a first,” Scooter stated without missing a beat, and he went back into the encore. The show ended with Scooter on piano introing “The Rain.”   The song really hadn’t found a substantial place in sets until recently as Scooter finally was able to conceptualize it from the prerecorded to a live reedition.  Like the band before them, Cold was nothing but appreciative of the crowd and the club.  The was no hiding the sincerity on stage and the audience loved every minute of it.

Oddly enough, this was my first time ever seeing a show at Southport Music Hall.  Look forward to seeing more shows at this amazing tucked away venue.  You can see more pictures from the show here: http://jalbum.net/a/2028294