Artist in their own words: Jared David Michael Grant 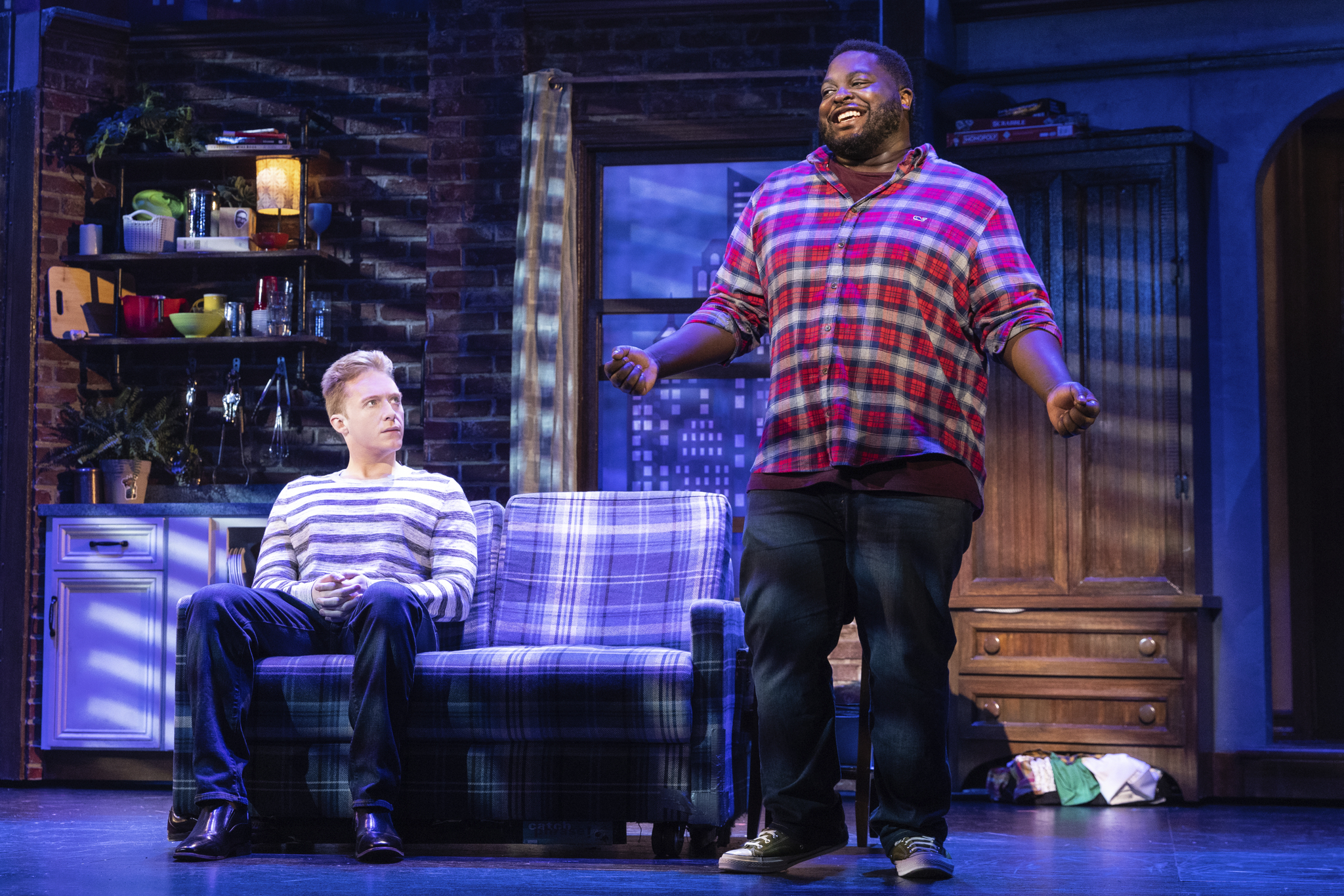 What: Actor, who plays Jeff Slater in the upcoming performance of Tootsie, which will play at the Saenger Theater on November 9-14.

Where: The Zoom land of me in New Orleans and Jared in Tampa, Florida

KC: You play the role of Jeff Slater, who is Michael Dorsey’s roommate in Tootsie. What do you think roommates are privy to that no one else is?

JDMG: I feel like they’re privy to all those weird quirks that no one knows about. We meet people in person at different places where we show them the side that we want them to see, but then, at home you can’t hide that you’re a clean freak and are going to clean everything all the time.

There are some that keep the lights on in the apartment all the time, and you learn that about them. By the way, I’m always the person who likes to turn out the lights and save on the power bill; I get that from my parents.

So have you ever lived with someone who was one way outside the living walls but a totally different person inside your living walls?

I’ve been pretty lucky (crosses fingers). I’ve had really good roommates, and we actually vibe together and are all on the same mental page. We all know that we’ll keep the place clean in case a guest comes over. Or, if there’s old food in the refrigerator, we throw it out.

KC: What do you feel like theater shows people that no other art form shows?

JDMG: Hmm…that’s a good question. I’d say that with theater everything is done in time. It’s done in that exact time, so if something messes up, we still have to keep going. I like that organic nature to it.

And things can go awry, but we just keep going. Sometimes the audience will not know it at all, but the actors will know, and we communicate with each other. We have to stay in tune with each other and have this mental game of: I can’t say anything but you’re going to see in my eyes that we have to fix this and fix it right now. I like that part of theater. Facial expressions are very important. I’ve been told that my eyebrows are filled with expression. I definitely can’t hide how I’m feeling because it’s all over my face.

Also (laughing) there are definitely times when the audience does know, and we still just have to go with it.

KC: What’s the most hilarious story or memory that you have thus far with the Tootsie production? One that will stick with you.

JDMG: So there’s a scene in the show where Sandy’s character is at the door and Michael has all his stuff — the dresses, the wigs, everything– lying on a table by the door. The rest of us in the scene are scattered around the apartment, but at one point, I see that there’s an extra wig on the table.

My eyebrows and facial expression showed all my panic, but I know we have to get through this. As I’m opening the door, I grab that extra  wig and shoot it in the sink behind me. I open the door just in time for Sandy.

The thing is, I’m a bit of a perfectionist so the wig being there immediately caught my eye, and I knew I had to fix this situation before Sandy walked in. It’s once again about being in the moment. 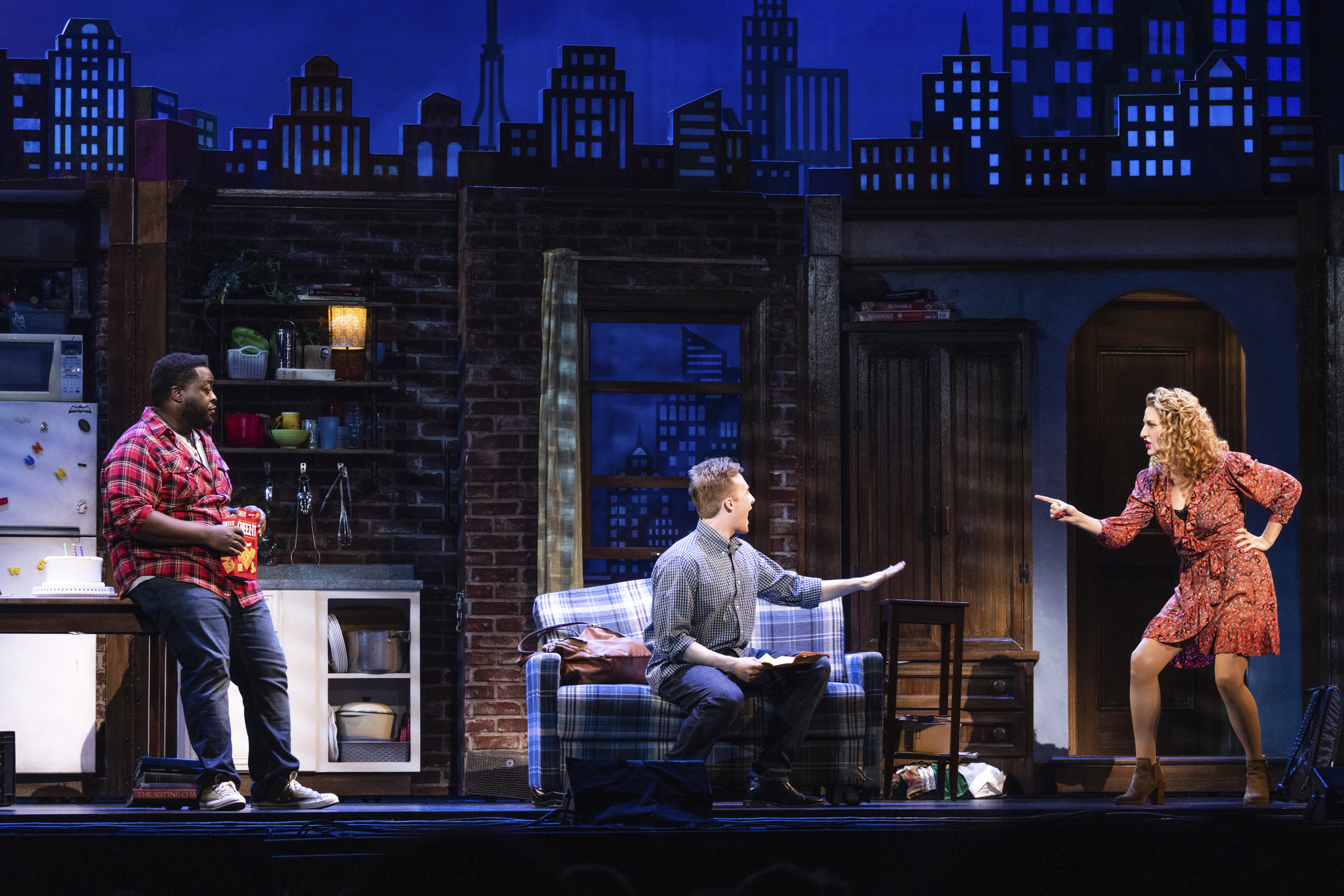 KC: You play the character that Bill Murray played, so what do you think he would say to you about your Jeff character?

JDMG: I think he would, at least I hope he would, really enjoy my interpretation of Jeff and Jeff’s character. I saw the movie, and his Jeff character is so good. I liked it a lot; I feel like my difference is that I’m a Black man, and also, I feel like my character of Jeff is more like the voice of the audience. My Jeff is looking at Michael’s character and asking, ‘What do you think you’re doing?’

Jeff is like a voice of reason who’s not going to go with the flow but instead says, ‘This is not right. What you’re doing is wrong.’ It’s a different interpretation than what Murray did, but we do both have the low chill vibe for the character as well.

We were lucky on this production because we worked with the writer, Robert Horn, and we expressed items in the play we weren’t comfortable with, and then he would be able to change those elements. He was incredibly receptive to our thoughts and our ideas because we have worked with and want to continue to work with different groups to make sure that we are being as inclusive as possible, and we want to try and make sure that we don’t offend anyone.

KC: When do we know that we need to make a change in life?

JDMG: My mother gave me an analogy of a lobster. The lobster grows, and the shell gets too tight around it, so the lobster gets stressed out. So, they break those shells, or break out of them, and they grow. They grow a new shell, and that growth continues in their life.

I feel like when you get to that point where you feel stuck then that’s the point of where you need to make a change. We’re supposed to grow as humans, so even though you feel stuck when you’re going through that change, it’s important to remember that it’s a growing moment. It’s like your spirit is growing, and I have to expand with it and not stay stuck in the moment.

I love that analogy. Your mom is a wise sage.

She is. (Laughing). My mom is a wordsmith.

You can see Jared Grant star in the role of Jeff Slater for the production of Tootsie, which will be on stage at the Saenger Theatre from November 9-14 as part of the 2021-2022 Hancock Whitney Broadway in New Orleans season.

Artists in their own words: Thomas Cole
Artists