Editor’s Note: Taking a page from David Foster Wallace’s “Consider the Lobster,” writers in Kelley Crawford’s Alternative Journalism class at Tulane University chose objects that are rather ubiquitous. Then, they dove into the symbolic narrative those objects tell. Up next in the “Consider the _____” series is the Voodoo Doll.

The Voodoo Lounge, Voodoo Barbecue, Voodoo Chips, Voodoo Tours – from French Quarter shops to the famous voodoo musical festival that is held annually (well…pre-Covid) in New Orleans, this religion has been hijacked by marketers as a reason to visit New Orleans, to buy drinks, donuts, t-shirts, or the ubiquitous voodoo doll. Voodoo supplies the fun of Halloween every day; as tourist shops capitalize on toys that really have nothing to do with Voodoo, because who doesn’t want to stick pins in a doll and wreak havoc on an old boyfriend or girlfriend? 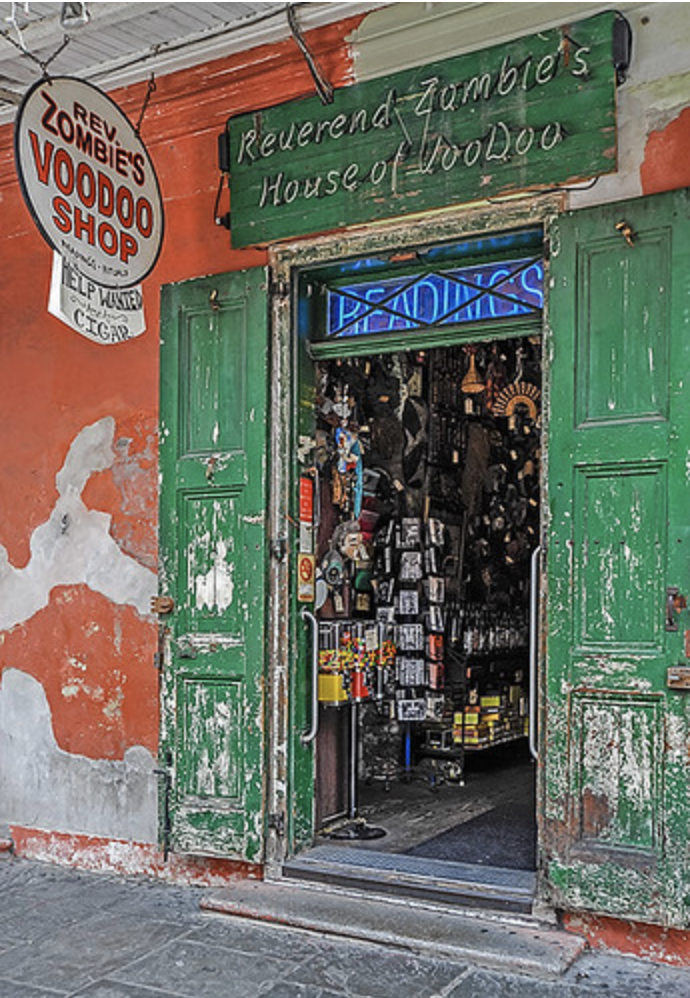 The Voodoo doll is often the first reference when the religion of “Voodoo” is mentioned, specifically by those who do not practice the religion. Dating all the way back to 1913, Sigmund Frued describes this well-known item as the act of sticking pins in the effigy of one’s enemy. Although widely recognized and an accepted aspect of voodoo, these “made in china” dolls were rarely ever used in practices.

Museums and multiple tourist voodoo shops promote voodoo and exploit this religion with false ideas and practices. Dominantly White entrepreneurs have transformed the religion and cashed in on exoticizing voodoo into a widely accepted phenomenon of a magical practice, when this is simply not the case. Not only do the local New Orleanians practicing “voodoo” have no choice but to sell their traditions, they also are forced to see inaccurate depictions of their religion on multiple media platforms. Through its constant promotion and custom in New Orleans tourist traps, the Voodoo doll can be used to symbolize the commodification of culture. We can further explore the Voodoo doll by where Voodoo came from, how it transformed into a commodity and why people bought into it.

Voodoo or Voudon arrived in New Orleans in the 1700s, as slaves brought the religion from the west coast of Africa. The religion combined elements of their West African traditions with Roman Catholic beliefs imposed on them by their masters, and eventually Voodoo was banned. Many slaves incorporated imagery from the Catholic Church to hide their worship. The religion is monotheistic and does not involve devil worship or cannibalism as popular culture may suggest.  The newfound religion spread throughout the city but was falsely and negatively portrayed in many tour books and perpetuated the concept of black people as “suspicious primitives.”  Many demonized the followers of Voodoo by misleading others to believe they were partaking in human sacrifices, cannibalism and satanism. Throughout the 19th century voodoo was considered sinful and threatening and a form of “African savagery.” 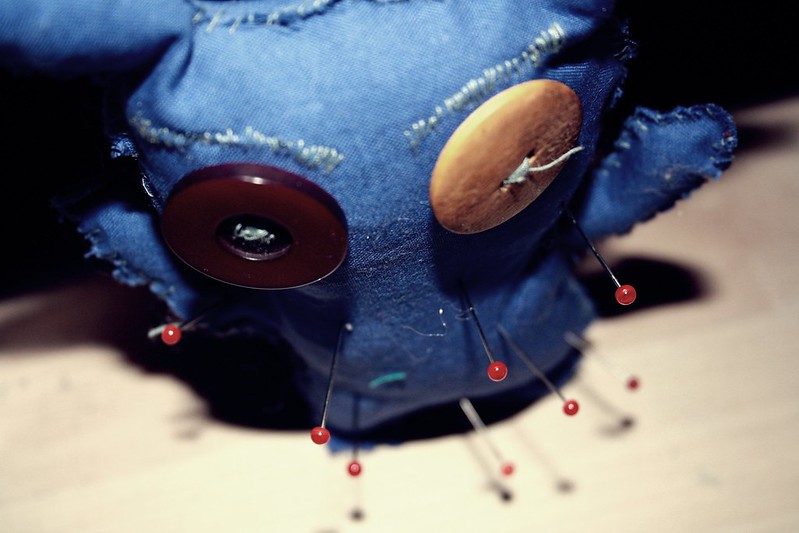 When Voodoo started to appear in Hollywood in the 30’s, the fear of the religion subsided, but the misconceptions only grew bigger and more widely accepted by society. Decades later, Voodoo and the Voodoo doll are still being portrayed exotically in modern TV and Film.

Take, for example, the hit TV anthology series American Horror Story. Each season presents viewers with a unique take on a horror genre mixing the living with the dead. In the third season, Coven is situated in New Orleans and follows the story of two rival magic practice groups in the city: a coven of predominantly white witches and the African American voodooists. 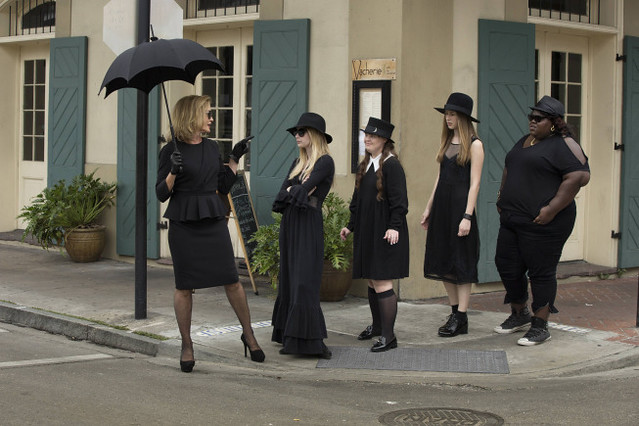 A leading role presented in the TV series is a black witch named Queenie, who throughout the storyline questions her place within the coven, not only because of her race but her power to be a “human voodoo doll.” Gruesome scenes are shown throughout the series of Queenie inflicting pain on herself, giving into a universally accepted depiction of inaccurate voodoo practices. Instead of refuting racists depictions of voodoo in US history, the series perpetuates them by confirming voodoo as primitive. American Horror Story not only gives into stereotypes voodoo through their use of the voodoo doll, but also in images of animal sacrifices, blood and “savagery” demonstrated by the voodooists throughout the series.

The voodoo doll is just one example of how cities and creative economies have normalized the commodification and exoticization of voodoo culture. By inaccurately representing practices, New Orleans undermines the importance of the religion’s history situated within oppression and enslavement of the African Americans. Even though the racist comments may no longer be explicit, the continued use of the term, images, and myth spreading likely contribute to the racial unrest that remains in New Orleans today. The question remains, is the benefit of the marketing revenue worth the continued historically incorrect messaging?