Animal awareness and consider the alligator

Editor’s Note: We’ll never leave the animals behind, even if our “Animal Awareness” series is over. In fact, when we consider the objects and living organisms that exist all around us, we, of course, have to consider the alligator. Taking a page from David Foster Wallace’s “Consider the Lobster,” writers in Kelley Crawford’s Alternative Journalism class at Tulane University chose objects that are rather ubiquitous. Then, they dove into the symbolic narrative those objects tell. Up first in the “Consider the _____” series is the alligator we know and [should[ love.

With one look at an alligator— razor-sharp teeth, scaly bodies, and defined tails— it is clear they are primitive creatures. Their lineage dates back more than 150 million years, remaining virtually untouched by major evolutionary change for at least 8 million years. The gators were lucky to survive extinction when their prehistoric contemporaries, the dinosaur, died off. Today, American alligators reside almost exclusively in the freshwater rivers, lakes, swamps, and marshes of the southeastern United States, primarily Florida and Louisiana. Adult alligators are apex predators and a major component to the biodiversity of their habitat. Their diet mainly consists of fish, turtles, snakes, and small mammals. However, an alligator is an opportunist and will eat virtually anything outside their diet— including marshmallows. 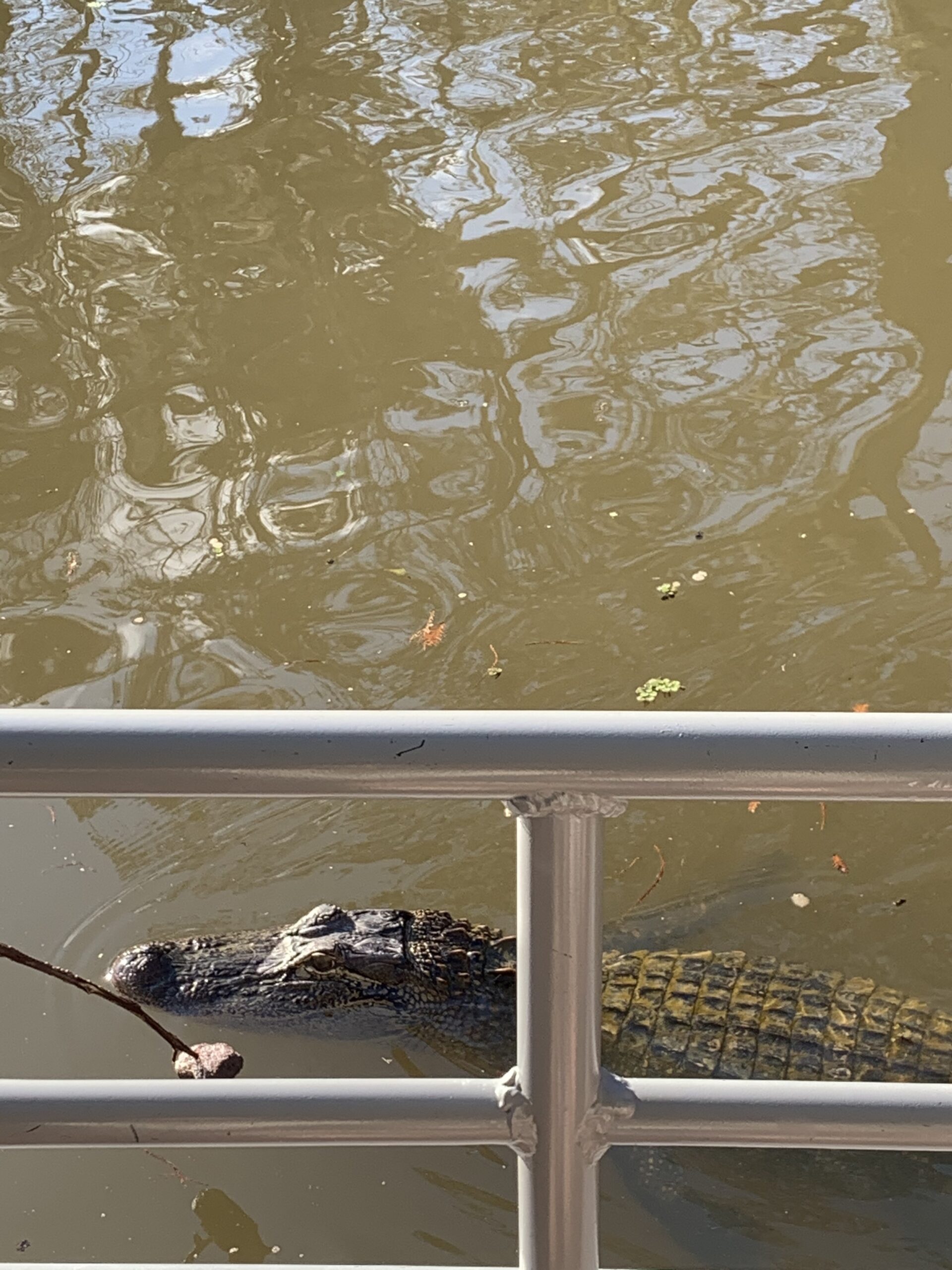 Swamp tours are one of the most popular tourist attractions in the Louisiana area with hundreds of companies to choose from. Guides take your group on an airboat and glide through the swamp passing various other tours. On a slow, cloudy day the alligators need a little motivation to come out for the group. Tour guides use marshmallows to bait the animals, despite the fact that it’s outside their natural diet. Why do the guides use marshmallows to bait the alligators? One customer asked this question and was met with an uneasy response, “The gators think the marshmallows are eggs which are their favorite snack.” So not only are these guides feeding the alligators a food which is not naturally occurring in its diet, but they are also tricking the animals and disrupting their natural-born alligator instincts.

The problem with ecotourism is that it’s referring to anything centering around nature— whether it’s harming the environment or not. Many of these tours market themselves as an “Eco-Tour” insuring to the tourists that none of their practices are unethical to the environment. One very popular company’s mission statement reads, “Cajun Encounters is a proud member of the Louisiana Nature Conservancy, and we believe that we have a responsibility to protect the environment around us. We’re dedicated to providing an intimate look at the swamp without impacting the environment or the many diverse species that live there.” Nonetheless, this company still chooses to bait the alligators and publicizes it on the front page of their website with a photo of an alligator jumping out of the water to bite food off a stick for smiling customers. 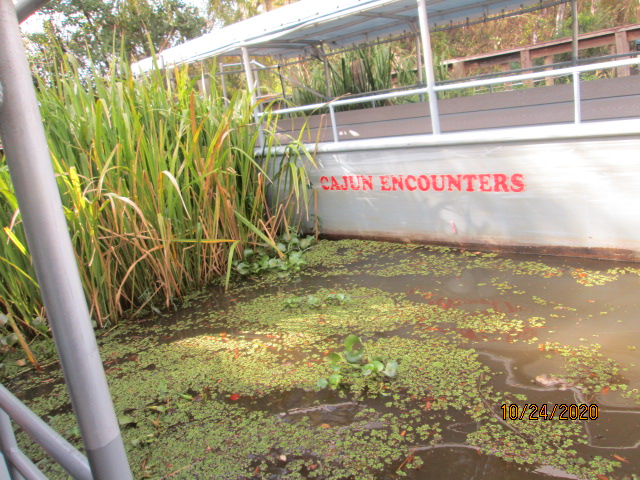 It’s much better suited to call these excursions an “Economy-Tour” rather than an “Ecological-Tour”. Tickets run from $20-$90 a person depending on age, type of tour, and whether your group opts to use the company’s transportation. Boats on the larger size can hold up to 22 people, with more expensive options included for groups wanting a private tour. One company, Cajun Pride, reports that they run 4 tours per day, 7 days a week, and employ 4 expert guides. In one week (assuming they had full boats every day and each customer paid an average of $50) the company can expect a net profit of around $30,000—this doesn’t even include the gift shop revenue! Seeing the numbers added up, it’s clear the attraction is a money-making machine. Why do the guides neglect the harmful effects of feeding alligators’ marshmallows? It gets them up close for a photo and leaves the customers feeling pleased with their experience. Afterwards, they’re more likely to leave a positive review or recommend the company to a friend effectively generating more revenue for the tours. Evidently, these tours are a business first and foremost. A majority of companies will not hesitate to bend the rules of “ecologically-friendly” if it makes more money.

The animals aren’t scared of the humans— they’re actively seeking us out on these tours. This can be very harmful to their ecosystem as they are now becoming reliant on these tours. These animals don’t need to hunt themselves; they have tour guides coming around to the same spots every day to feed them. If you think about it, their entire market of “animals in the wild” is a sham. This is evident in many other companies, particularly Disney’s Animal Kingdom. Disney World has an attraction marketed as a “Wild Africa Trek” where customers can “Be awestruck viewing wild animals in their natural habitat on the 3-hour Wild Africa Trek. Discover animals of nearly every variety living in the Safi River Valley—an uninhibited environment that resembles their home turf in Africa.” To insinuate that a manmade habitat in Orlando is in any way similar to an actual African savannah is utterly laughable. Disney and swamp tours alike use this false narrative to trick their customers into feeling as though they’re a fly on the wall when, in reality, it’s a fabricated process in order to gain maximum capital. 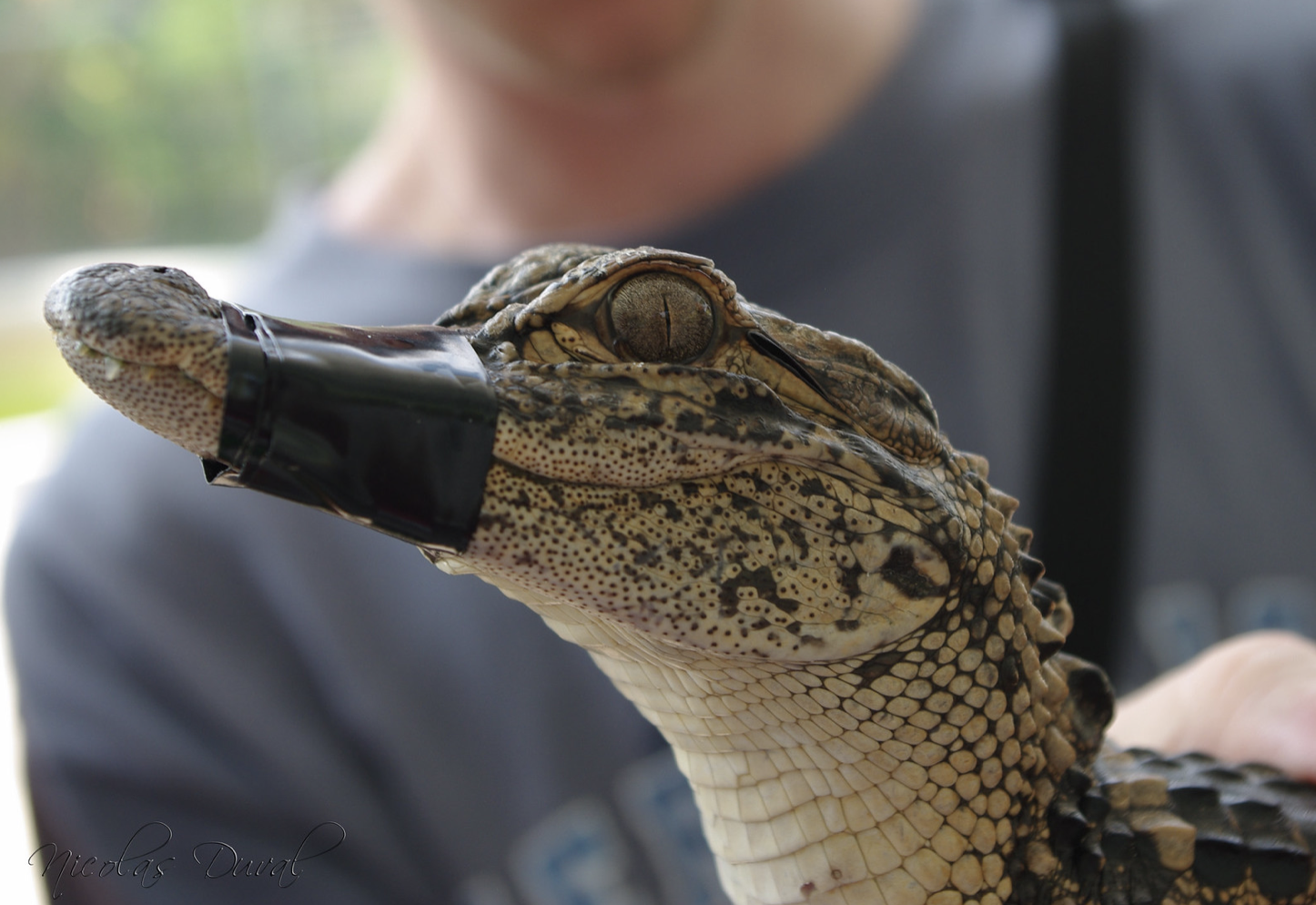 The focal point of many customers experience is getting to hold a baby alligator on the boat. The public’s affinity for holding baby animals is an enormous issue in the ecotourism industry. Cajun Pride states, “We do have live alligators and sometimes rescued animals on the boats.” The babies have their mouths taped shut for the safety of the tourists as children through adults pass them along. After having their mouths taped shut, being thrown and squeezed by a 7-year-old, these “rescued” animals are hardly suited to go back into the wild. These baby alligators are subject to mistreatment and unethical standards being in captivity.  It is virtually impossible for any tour to market themselves as “ecologically friendly” when they are putting an animal out of its natural habitat and into human hands. 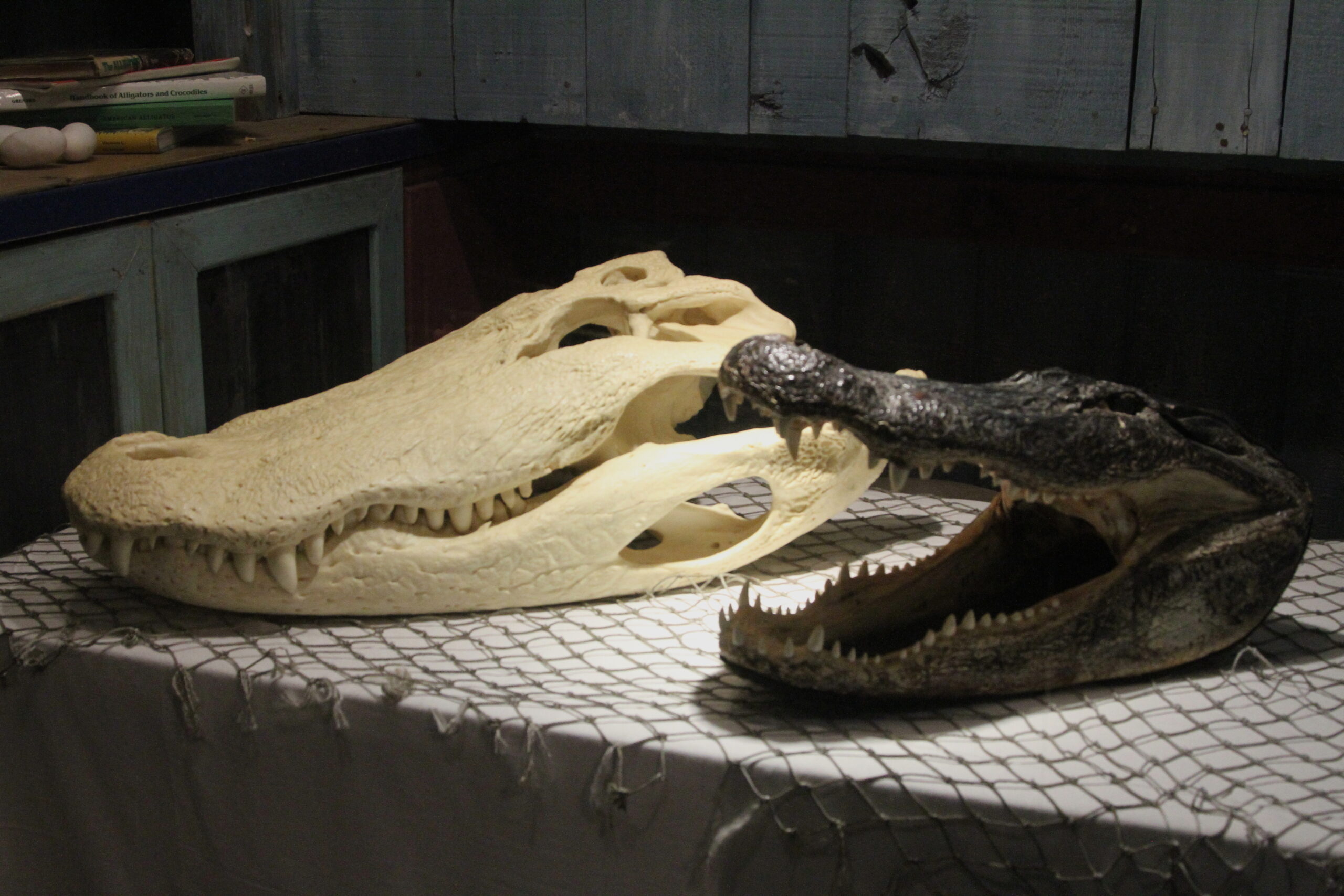 Another major issue with these tours is its connection to hunting the animals they so often talk about protecting. Cajun Encounters has a tab on their website showcasing their partnerships, many of which include hunting lodges such as The Sanctuary Lodge. There is a segment of people who are interested in alligator hunting because they are a dangerous animal, and there is a higher thrill level than other types of hunting and fishing. On the other hand, many of the swamp tours discuss the commercial industry around hunting and selling alligator skins and teeth. Louisiana alligator skins have been shipped across the world for high-end fashion designers to make into expensive jackets and purses. The state says the wild alligator market is worth about $10 million. Shops like The French Market sell alligator heads and offer customers the novelty of eating “Gator on a Stick”— a popular bucket list item for many tourists. These money-grabbing practices only continue to perpetuate the fascination with hunting alligators.

Eco-tours are about educating the public on reducing human impact on the environment and wildlife through natural observation. Tour companies should lead this effort through their actions as well as their words. They should bring the public closer to these places to gain an appreciation for them while also keeping their distance and reducing their impact. While almost all of the swamp tours in Louisiana violate the animal’s habitat, there are few tours that stay loyal to their ecological namesake. Beyond the Bayou is a tour in the region that does not condone feeding the alligators, “We are a true ecotour company, and we believe in respecting the environment and being aware of the threats that face this valuable wetland region.” The company only operates on a fuel-efficient motor, flat bottom boat to reduce noise pollution in the bayou with a maximum capacity of 6. There are steps swamp tours can take to protect the wildlife, and it’s necessary we support the true ecological-tours rather than the competing economy-tours. The next time you visit New Orleans and consider going on a swamp tour, research the company and make sure to consider the alligators.