We need more Black and Brown Solidarity; thankfully someone is doing it 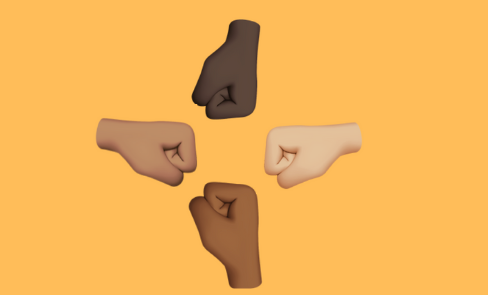 It’s a Wednesday evening and my parents and I are on the midnight bus heading towards New Orleans. Following standard protocols, the bus driver announces the general rules for the bus ride, including having to use headphones. However, the lady in front of me is still blaring that year’s summer anthem through her phone speakers. Sensing everyone’s discomfort, my dad decides to be our saving grace and says to the lady, “Excuse me, ma’am, are you going to put headphones in?”

My father’s comments seemed to have aggravated matters because shortly after, he was in an argument with the lady. Granted, he could have better phrased his question, but he hadn’t presented any hostility in his voice. The only peculiar thing was his distinct Nigerian accent. The exchange goes on a little longer until the lady, an African-American, yells “Why don’t you just go back to Africa?”

Stunned, shook-eth, and in a state of higi-haga, I could feel the anger bubbling in my belly. I sat frozen, unable to believe what I just heard, especially because of who it came from. Fortunately, our fellow travelers stood up for him in my place, calling out her prejudice. The rest of the 6-hour bus ride was spent in silence.

The kind of discourse I witnessed on that bus ride is not a new phenomenon, especially not in New Orleans. When Hurricane Katrina hit in late 2005, the city was faced with $108 billion worth of property damage and quickly needed to begin efforts towards rebuilding the city (4). The news of the high demand in labor spread and shortly after, several Latinx workers, primarily Honduran and Mexican immigrants, moved to New Orleans to fill those positions. These individuals are credited with playing a vital role in rebuilding this city and many of them eventually remained, establishing New Orleans as their new home (11).

However, when original residents, majority African-Americans, returned to the city, members of this new Latinx community were perceived less as heroes and more as invaders, taking jobs away from the Black residents who already lived there. “Once people realized the [Latinx] people were here not just to work, but to establish themselves, that’s when the harassment started,” said Fernando Lopez, the president of the Congress of Day Laborers (10).

Business owners were reportedly favoring Hispanic workers over African Americans because “Latinos have a reputation for industriousness and a willingness to tolerate the difficult and uncomfortable working conditions” (8). The then Black Mayor of New Orleans, Ray Nagin, was even reported to have said, “How do I ensure that New Orleans is not overrun by Mexican workers?” The political and social discourses during that time expectedly created a rift between the two communities (8).

This narrative is prevalent across the rest of our country as well. We saw it at its peak during the 1992 LA riots where Korean and African-American communities saw each other as rivals, rather than two groups both being failed by the justice system (12). We saw it even more recently with the physical attack on an elderly Asian man by two Black men in San Francisco. While the incident is not a reflection of the dominant attitudes of Black people in San Francisco towards Asians, it cannot be denied that friction exists (1).

It seems that as people of color, we tend not to see each other as mutually oppressed allies, but instead, as competitors for the next wring on the racial ladder. When immigration from Mexico to the US began to take off in the 20th century, some Mexican Americans perceived themselves as a White ethnic group just as the Irish and Italians did (3). They were also able to achieve some social and economic advancement due to this proximity to Whiteness, which in turn pushed African Americans further down the racial ladder (3).

Some Mexican-Americans were adopting this perceived superiority over Blacks, with the Latin American Club of Arizona even requesting the exclusion of Black people from neighborhood parks in 1935 (3). However, while these Mexican-Americans were reinforcing the Jim Crow laws that kept Black Americans oppressed, they were still being perceived as less than by White Americans, making them recipients of the same oppression they were enforcing on others (3).

A more recent Pew Research Center survey found that while the majority of US adults believe that what happens within their racial or ethnic groups has direct influences on their lives, the same cannot be said between groups (6). When respondents were asked about perceived linked fate across racial groups, between Black and Latinx Americans for example, numbers dropped drastically with less than 20% of respondents saying that what happened in another racial or ethnic group affected their own lives (6).

The aforementioned survey and anecdotes point to the inadequate alliance between Black and Brown communities, especially in New Orleans. It is highly critical for the advancement of all people of color in the city that we acknowledge the problem and explore ways to bridge those gaps. Thankfully, someone is already doing that. 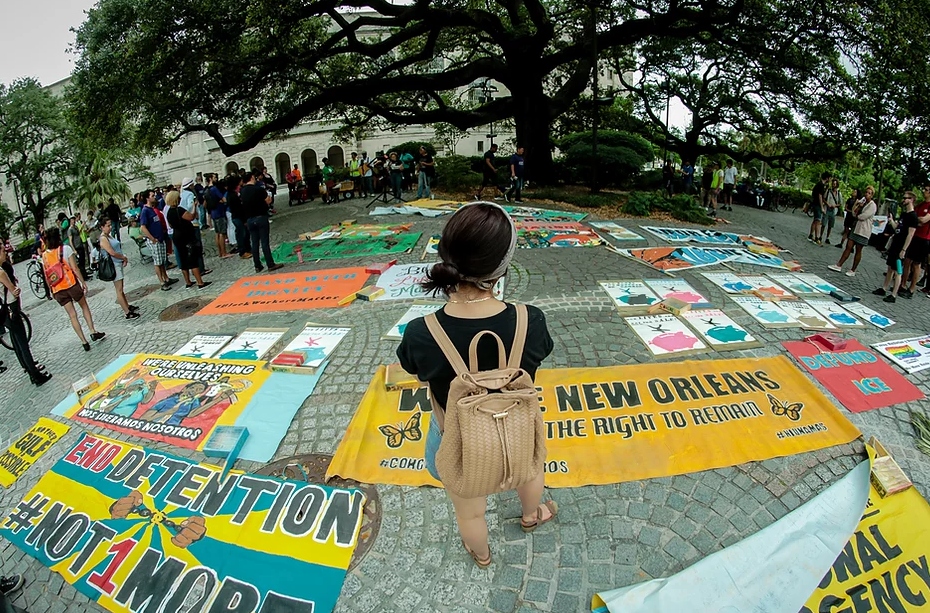 The New Orleans Workers Center for Racial Justice (NOWCRJ) was founded in post-Katrina New Orleans where racial tensions among Black and Hispanic communities were high (2). Rather than fall into the tropes driven by employers looking to cheapen labor, these communities came together to form a freedom movement rooted in their multiple identities. The Center is committed to justice reform in all facets of life from race, to gender and immigration. NOWCRJ uses its three member alliances to prompt change (2).

Its first member alliance, Stand With Dignity, focuses on increasing employment rates and wages for black workers in the city (15). The organization in partnership with Loyola University College of Law Clinic worked to challenge exorbitant traffic fines its already financially-vulnerable members saw. The work of the clinic resulted in major reductions on fines averaging $8,000, with one member having his whopping $23,000 fines reduced to $9 (13).

The Seafood Workers Alliance, another member-organization of NOWCRJ, is more industry-specific, helping improve workplace conditions of primarily Black and immigrant seafood workers (7). Prior to its formation, seafood workers feared speaking up against violence, sexual harassment and poor conditions they experienced in the workplace. Today, the Alliance has given a voice to its Black and Brown members and has even succeeded in reinstating dozens of blacklisted workers (7).

The final arm of the Center is the Congress of Day Workers, an organization representing majority Hispanic immigrant day workers across the South East (5). The Congress after three years successfully lobbied for a novel policy preventing the submission of ICE hold requests on jail inmates until their immigration status had been thoroughly reviewed (11).

NOWCRJ recognizes its capability to change the narrative around race relations of people of color in New Orleans. With Black and Latinx populations making up about 65% of the city (11), the Center acknowledges the social and political capital that can be realized when both groups work in collaboration. Members of the NOWCRJ now see each other as people who have both been failed by the system. “Look, we understand now that when they say deportation that’s incarceration for black people,” says a member of the Stand With Dignity Coalition (7).

The efforts of NOWCRJ have proven to be effective, but only within the workplace. While Black and Latinx laborers in New Orleans may have a shared sense of linked fate, the same cannot be guaranteed for the stay-at-home parents or school children who interact with other people of color on a daily basis. The organization and its purpose can stand to gain more by expanding its knowledge and resources to members’ families and communities. When all parties are brought together in a larger more-inclusive space, they stand to see how much they can gain from establishing alliances past the workplace.

The New Orleans Workers Center for Racial Justice demonstrates the power in Black and Brown solidarity. The call for action isn’t towards establishing blind faith, as we should still hold each other accountable, especially when it is beneficial to our development (9). It isn’t towards ignoring our differences and “saming,” either. Rather, it is towards bonding on similarities and recognizing the power in unity. As John Powell puts it, “Belonging does not insist that we are all the same. It means we recognize and celebrate our differences, in a society where “we the people” includes all the people” (14).