Big Chem-EZ: What happened to the power during Hurricane Ida?

Dear Big Chem-EZ, after Ida, why did it take so long to restore power? How does the energy grid work and is Entergy doing its part to ensure energy security to NOLA residents? 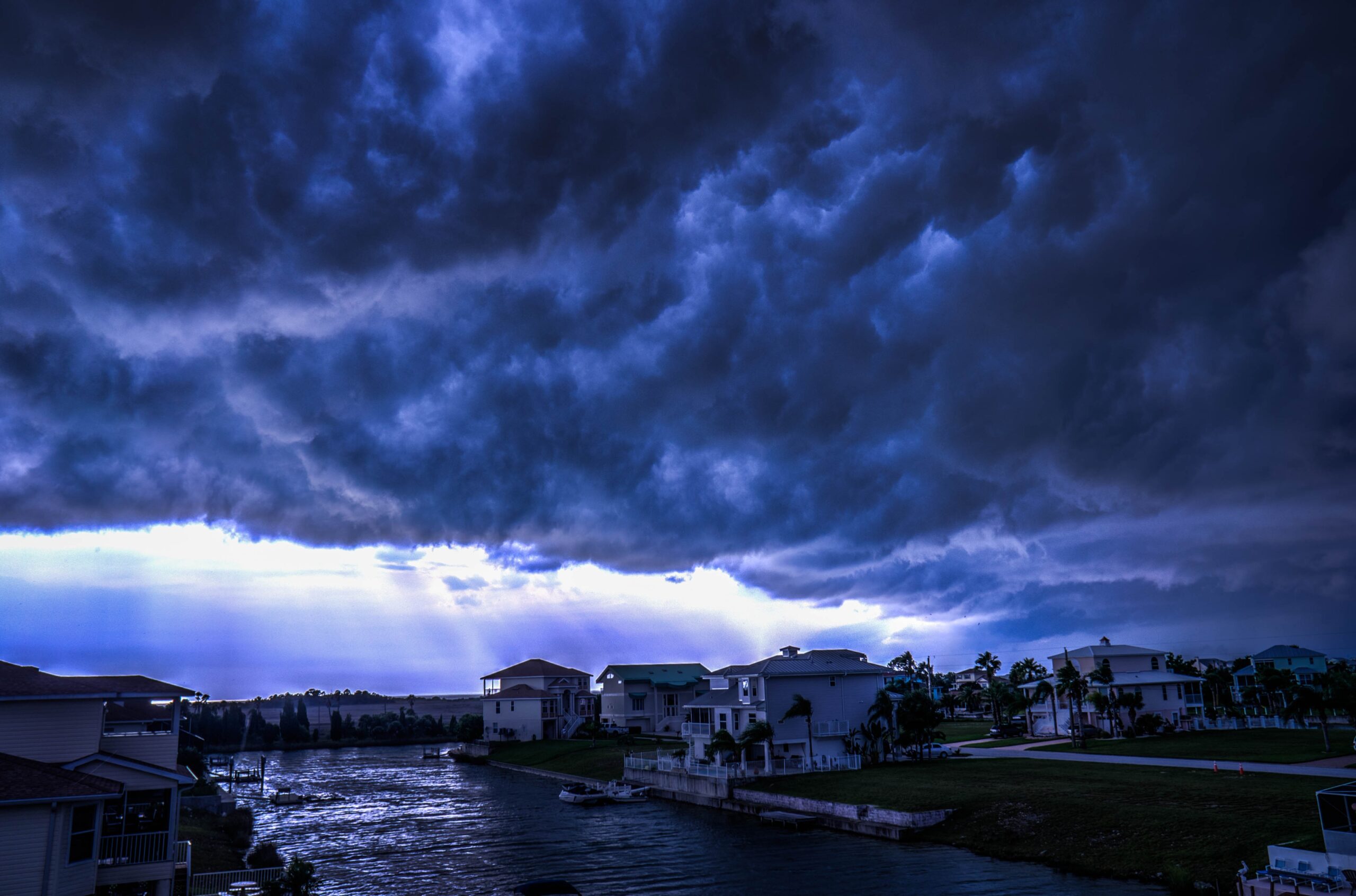 Hurricane Ida brought Entergy’s recent investment into another natural gas-powered plant into question when its supposed “black start” capability, its ability to come online with no power grid to support it, wasn’t used for the city as advocated. The plant, known as the New Orleans Power Station (NOPS), is a 128-megawatt, $210 million plant that advocated power security.[1] In contrast, after the storm, the city was left without power for 2 weeks—only returning power after 3 days to a portion of the New Orleans East region.[2] Understanding where the power went and why it took the amount of time to return requires an understanding of the NOLA energy grid first.

The major components of a power grid are typically split into generation, transmission, and distribution [Figure 2]. Generation is the conversion of energy into power at plants or energy alternatives. Transmission involves transmission towers that make power lines efficient at carrying bulk power over long distances. Finally, distribution towers are the local electric grids (aka the poles seen throughout neighborhoods) that provide safe power to homes and businesses. Between the three components are transformers that increase the voltage for transmission tower travel and decrease it again in order to provide safe distribution.[3] 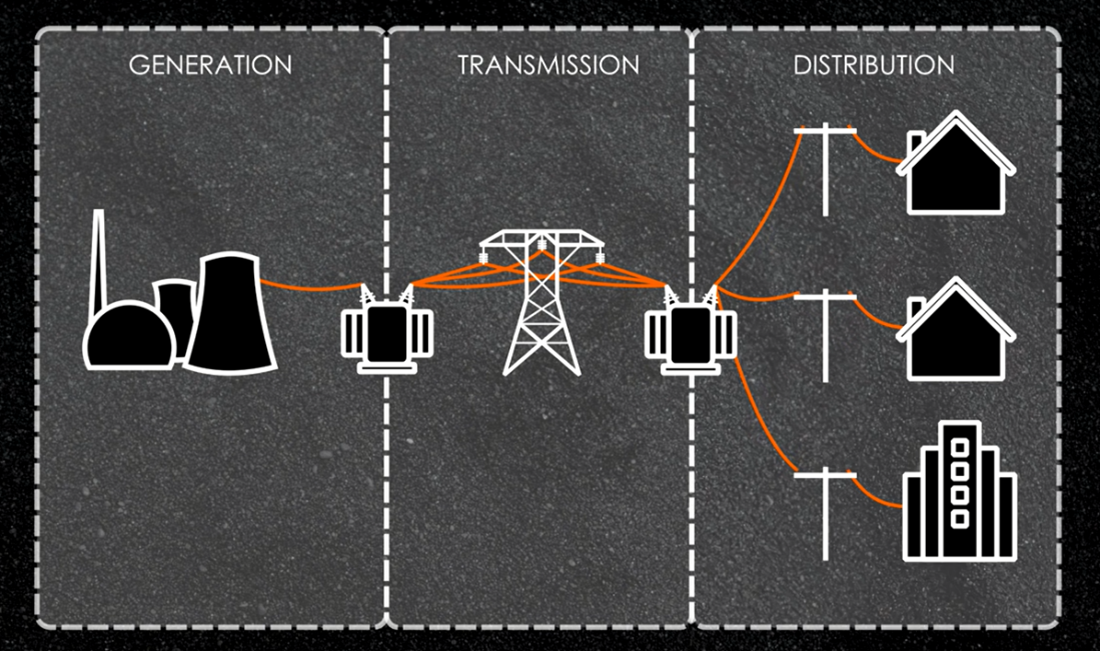 During Ida, a large transmission tower was knocked down severing power from the city. Entergy claimed the NOPS could ensure power immediately after the storm passed, yet they determined that restoring a Slidell transmission line that was largely undamaged in the NOLA East area would be a better route. This was the case as they were unsure if there was damage at the distribution level that could damage or destroy the plant due to load imbalances.[4] Instead of generating power, NOPS acted as a transformer, working with the transmission lines to ensure power could be sent safely across the distance. This choice reportedly took the same amount of time yet was safer for distribution. 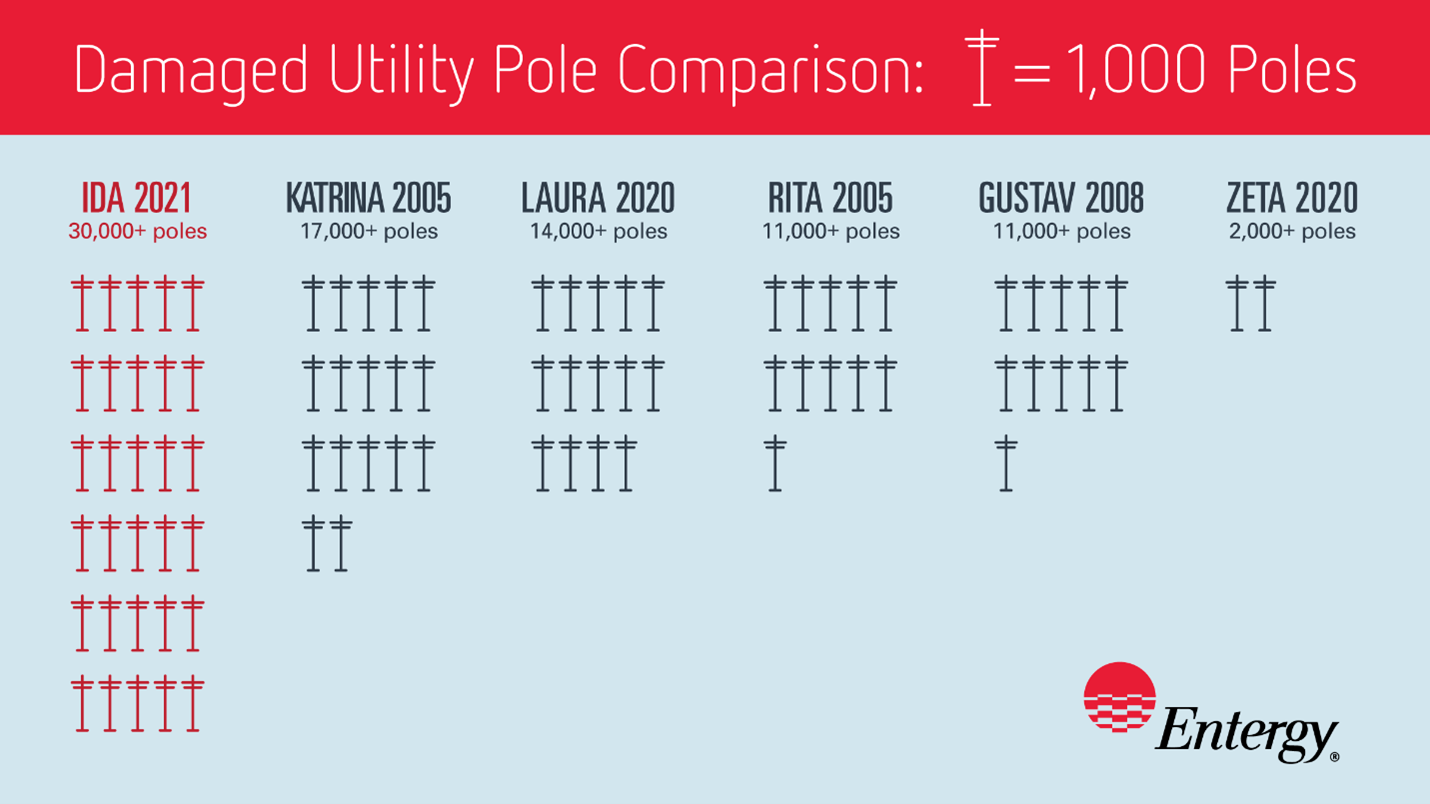 The NOPS purpose as a black start generator is meaningful in the event that transmission lines are damaged but distribution remains in tact; however, a storm capable of such damage is bound to damage the distribution system as well and lower the effectiveness of the NOPS. The number of poles damaged by Ida was nearly twice as many damaged during past large hurricanes, including Katrina [Figure 3]. The company was fined previously in 2019 for their negligence of maintaining poles and lines,[5] so this level of destruction could be the result of similar practices and indicative of their level of commitment to providing distribution security.

NOLA residents paid for the construction of the newly built NOPS with their Entergy bills and yet so many were in danger of the blackout throughout the city. With a blackout comes the risk of high heat exposure, lack of emergency communication and support, and finding safe running water against boil advisories. Lastly, blackouts see a spike in burglaries, increasing x3 after Ida’s landfall.[6]

Transformations for grid resilience have been underway for the past 5 years according to Entergy,[7] yet moving past Ida, restoration costs fall on residents once more with proposed $25-10 monthly increases.[8] Ida displayed Entergy’s lack of distributional infrastructure yet NOPS has been reported as a saving grace that allowed power restoration for the NOLA East. Regardless, as the sole provider of energy for the city, there need to be further commitments to fortifying power lines and ensuring future storms with increased severity won’t cost the city or its people more than Ida has.