Hindsight for foresight insight: Is substance abuse a crime? 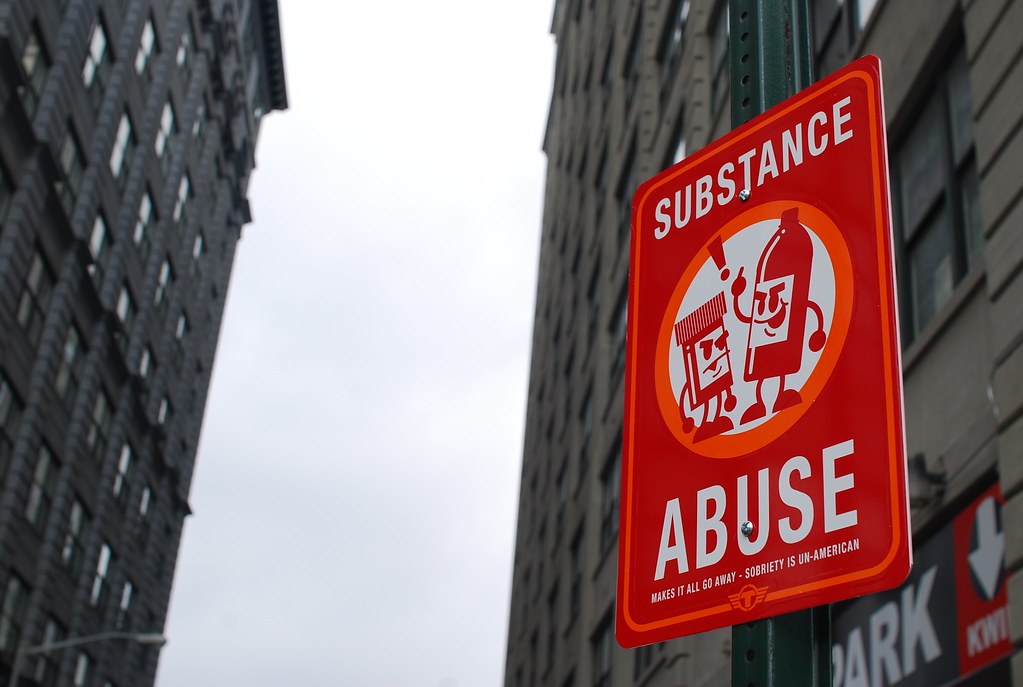 Should we call substance use “abuse”? (Photo: “Substance Abuse” by dumbonyc is licensed under CC BY-SA 2.0)

In 1971, then-President Richard Nixon declared that drug abuse was “public enemy number one,” effectively waging the War on Drugs. From this war arose politicians from both sides of the aisle that instituted “tough on crime” policies. They set mandatory minimums, stricter sentencing, and they encouraged the development of the punitive prison and criminal justice system we see in the United States today.

In the following years, due to these harsh policies, incarceration rates in the U.S. exponentially increased. According to the Sentencing Project, there are now around two million incarcerated individuals in the nation’s prisons and jails—a dramatic 500% increase in the past 40 years. Of these two million, it is estimated that 1 in 5 inmates are behind bars due to drug-related offenses—a circumstance that can be directly traced back to the War on Drugs. It is the main reason why the drug crisis is often treated as a political or criminal issue rather than the public health issue that it is.

According to the Oxford Treatment Center, around 65% of inmates suffer from an active substance abuse disorder, but only 11% of those individuals are treated while incarcerated. Even if they are treated, the programs may not be adequate to sustain their recovery in the long run. Thus, with over one million drug-possession arrests made every year and considering the substantially higher recidivism rates for those with addictions, the efficacy of the current system is brought into question. Should non-violent offenders with addictions be placed in rehabilitation facilities instead?

One criticism of placing offenders with addictions into prisons and jails is the health and safety risk. After being incarcerated, individuals will experience a period of drug detoxification in which the substances in their bodies are gradually removed. 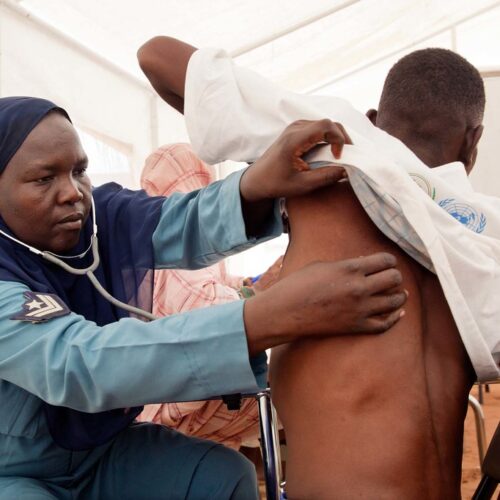 As their brains begin to adjust to the sudden drop in certain chemicals, they will experience withdrawal symptoms. While these symptoms vary depending on the substance, they all have in common that they can be debilitating and challenging to manage. For example, withdrawal symptoms for individuals with long-standing alcohol dependencies includes hallucinations. If left untreated, this type of withdrawal can lead to severe seizures. Even if they are medicated, these seizures can resurface when the medication wears off. Rehabilitation and recovery from any substance abuse disorder require around-the-clock care, which is rarely offered in incarceration facilities. The medical attention that inmates receive is poor quality and incomparable to what they would receive in a treatment facility.

Moreover, jails and prisons are not always the drug-free environments that they claim to be. In fact, according to a study done by the Bureau of Justice Statistics, about 10% of drug tests conducted in jail came out positive. Inmates with addictions will find a way to obtain drugs, regardless of the barriers they face or the consequences that they may face. These incarcerated individuals are being hung out to dry during quite possibly the most turbulent and stressful time of their lives. It is no surprise that many of them will turn to drugs as their source of comfort and familiarity. In contrast, rehabilitation facilities provide individuals with personalized and constant support to help them rebuild their lives sustainably and healthily by equipping them with the tools and resources they need to lead a life without a dependency on drugs or alcohol.

Another factor that must be considered is the support that each type of facility offers for the re-entry process. Compared to treatment facilities, incarceration facilities don’t provide nearly as much support to individuals after they are released. On the other hand, treatment facilities have case managers that help offenders reintegrate into society and navigate their new lives. When they build up the skills to live independent and rehabilitated lives, their likelihood of committing crimes decreases. According to the Bureau of Prisons, when the programs are well-designed and well-implemented, they have proven effective in reducing recidivism rates. In particular, programs that utilize cognitive behavioral therapy and residential programs with vocational preparation have reduced relapses among participants and help them re-enter society. These resources and support systems allow individuals with addictions to recover in the long term and ultimately lower recidivism and incarceration rates.

Also, when individuals have a criminal record their employment prospects become substantially more dismal. Most job applications ask whether the applicant has ever been convicted of a crime and use this information to eliminate them from the applicant pool immediately. In fact, according to the Prison Policy Initiative, formerly incarcerated individuals have an unemployment rate of over 27%, which is five times more than that of the general population. By allowing these individuals to receive treatment at a rehabilitation facility, rather than placing a permanent label of “convicted criminal,” we provide them with the opportunity to find employment and leave the criminal justice system and recidivism cycle for good. We allow them to grow and change.

Furthermore, according to the Justice Policy Institute, treating offenders with addictions is less expensive than imprisoning them. The Maryland State Commission on Criminal Sentencing Policy reports that the yearly cost of incarcerating a drug offender in Maryland is approximately $20,000, but the cost of rehabilitative treatment is a mere $4,000. This change would be cost-effective for the government and help stimulate the economy by putting more people to work. More than 50% of those incarcerated are re-imprisoned within 12 months of release, compared to only 30% of those who receive treatment. 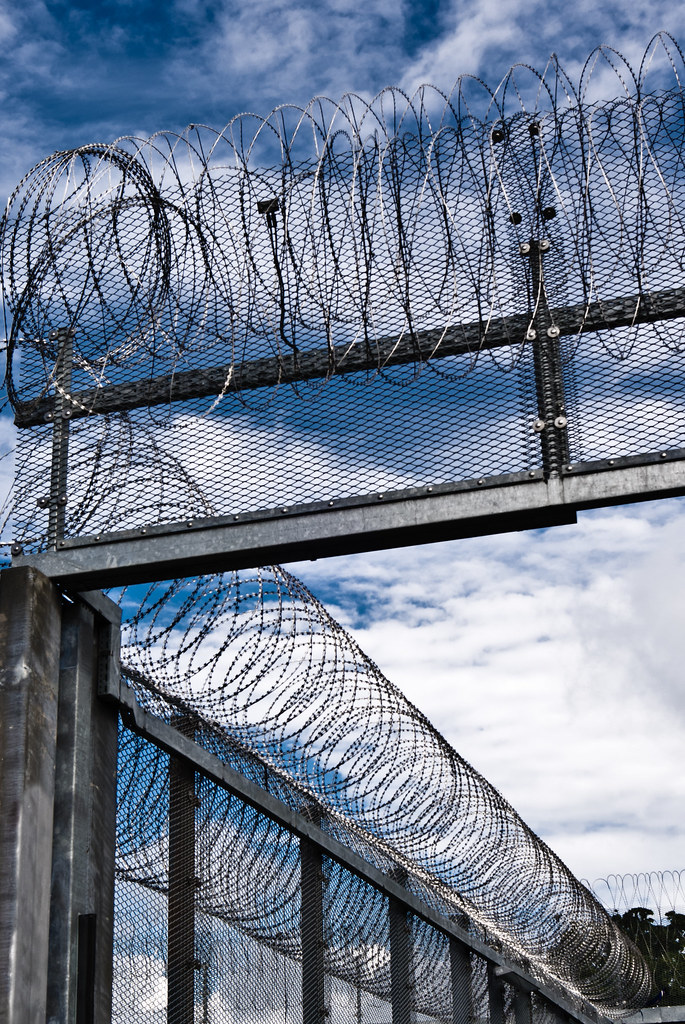 The aforementioned information makes it abundantly clear that treatment facilities are vastly superior and more effective in rehabilitating offenders with addictions than incarceration facilities. So, what should be done to ensure that these individuals receive the rehabilitation they need, rather than a prison sentence? The first step would be to implement court-mandated rehabilitation treatment for individuals with addictions who are convicted of non-violent offenses. A similar policy was put into place in California, namely the Substance Abuse and Crime Prevention Act. This enacted a new program in which non-violent drug-related offenders can be sentenced to probation with drug treatment. A follow-up report three years later published that, through this program, the state was saving upwards of $22,500 per offender each year. It also reported a 4% decrease in the proportion of California’s prisoners that were drug-related offenders. Thus, implementing such a program system not only reduces recidivism but incarceration rates and the costs of the prison system as well.

However, a court-mandated rehabilitation program is yet to be achieved at the federal level. There are many roadblocks to this reform being implemented, such as corporate and political interests. Yet, the importance of such change must not be understated. This reform has the potential to save lives, or at the very least, dramatically transform lives.

Addictions are disorders of the brain and do not make an individual a criminal. What people with addictions need is not a prison sentence that will perpetually haunt them but the opportunity to rehabilitate and rejoin society. This is the way to give them that chance.

For more information regarding substance abuse rehabilitation, please visit the websites below.

Finding treatment in your area

Getting help for substance abuse