Female comedians are reviving New Orleans one giggle at a time

The first thing I want you to do is search “most famous comedians” on Google. Who comes up? What do they all have in common?

Most of them are men.

You may be asking yourself, are men funnier than women? Are men genetically predisposed to tell better jokes and make more people laugh?

The answer to this is no, definitely not.

So, why do male comedians get more recognition? Why do we ignore the plethora of talented, comical women in society?

While I cannot give you a perfect answer to this question, I can tell you that we are still far from combating sexisim in in the entertainment industry. Men are not genetically funnier than women, they just have more opportunities to showcase their talent.

Now do me one more favor. Search up “most famous female comedians” on Google. Who comes up? What do they all have in common?

Most of them are White.

So, knowing that Black female comedians do not get the recognition they deserve, what can we do to showcase their talents?

Band together to prove that women are not just funny, but they are hilarious.

Let’s quickly side track to Tourism in New Orleans (I know it’s random, but you will see what I’m getting at soon).

Tourists often come to New Orleans to experience the rich culture, but walking around the french quarter, eating beignets, and hearing a jazz band may not be satisfying enough. Moreover, many businesses take advantage of tourists by raising the price of gumbo, and charging $6 for a bottle of water. At the end of their trip, tourists may just end up with an empty wallet and beignet powder all over their shirts instead of the rich cultural experience they sought after. Tourists wanting to be exposed to the diversity and excitement of the city may want to reconsider what’s on their trip itinerary and try and fit in a visit to a New Orleans festival. 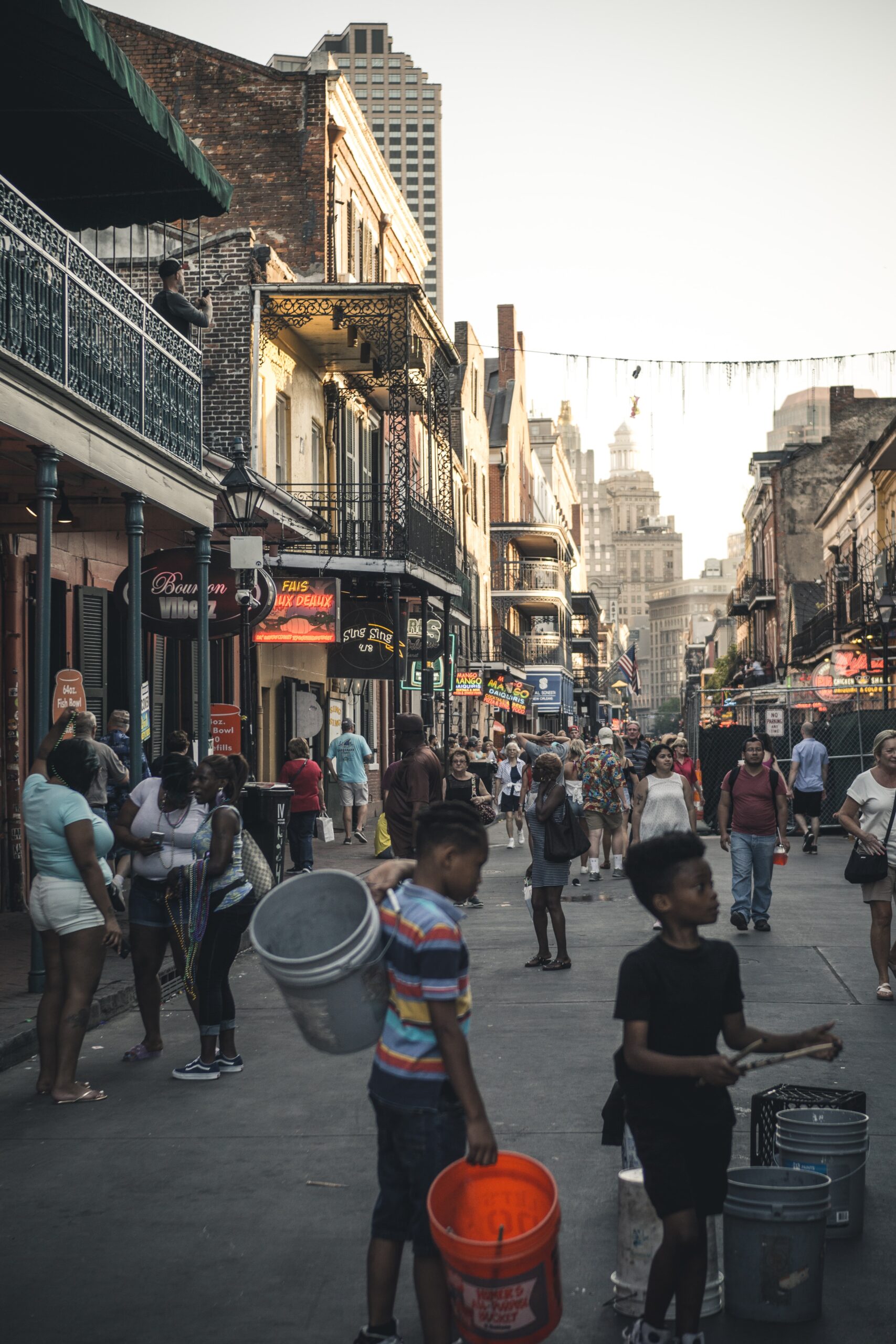 Earlier when you Google searched comedians, you were exposed to the fact that women of color are not given an adequate platform to show off their creativity. Geneva Joy Hughes, Denise Moore, and others realized this as well and decided Black women deserved a fair chance to be heard…so what did they do?

Black Girl Giggles, the first ever comedy festival for Black women, gives Black female comedians the opportunity to make countless people laugh. Occurring the same weekend as Essence Festival, thousands of tourists are already in New Orleans, and the city is crowded with people looking for entertainment.

Picture this: you are a tourist in New Orleans for the first time. You have heard that the Black female community is a huge part of what makes New Orleans special, but you have yet to see it first hand. You plan on walking around Frenchman street, but you miss the streetcar stop and get off outside a nightclub instead. Long lines of people are waiting outside the door, curious, you get on line yourself. Little do you know you are entering Black Girls Giggles and are about to witness hilarious Black female comedians, such as Briana Augustus, do stand up and improv.

Purple and pink lights beaming, a packed audience, and laughter escaping the mouths of everyone in the crowd, you are going to experience the magic of Black Girl Giggles. While the club is filled with people across all genders, this show is dedicated to the females in the room, primarily the females of color. If you are a regular comedy show attendee, the amount of Black female comedians up on stage may come as a surprise to you, but don’t worry, they are not here to only talk about their periods and gossip (yes, these stereotypes still unfortunately exist). Instead, Camille Roane aka “Malibu Barbie” might just walk out and talk about the random dude who super liked her on Tinder, and Michelle Poole will probably make a snarky comment about her credit score. I promise you will be laughing for 5 straight minutes, and I really wouldn’t be surprised if you pee your pants a little (don’t worry I won’t tell anyone). 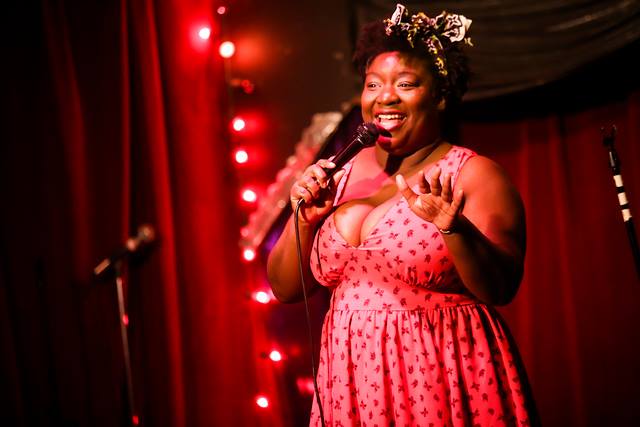 In no world are any of these comedians the same, but while they come from diverse backgrounds, go through different daily routines, and have their individual preferred po boy joints, each one of them has experienced what it is like being Black in America. They now have the chance to show others the hurdles they had to jump over in an unconventional way, with humor. As Geneva Joy Hughes stands at the microphone, who knows what truth she may speak. Will she talk about her everyday life as a Black woman? Probably. Will Ertria Pitto empower you and make you want to stand up and change societal norms? I wouldn’t be surpired. One incredible woman up on stage after another, it is unlikely you get bored.

If you do not walk out of the festival with a newfound appreciation for the Black community of New Orleans you probably were just sitting on Snapchat or texting your ex. And, if you actually ever do decide to attend Black Girls Giggles, prepare to take part in an epic celebration of Black women, while also trying to keep track of the amount of times you laugh (you will most likely lose count). Maybe you will be caught off guard by one of Denise Moore’s political references or the fact that each comedian is being their authentic self. As Camilla Roane once said, “This is not my character; it’s my life.” 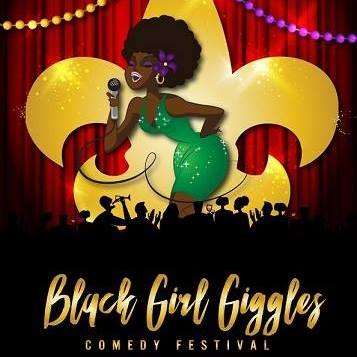 These black women finally have the stage and spotlight to share their stories, and now it is our turn to listen. So, Let’s raise a glass to the kickass Black women who make New Orleans so special, and let’s alter society in a way that involves lots of laughs, cackles, chuckles, snorts, and of course giggles.