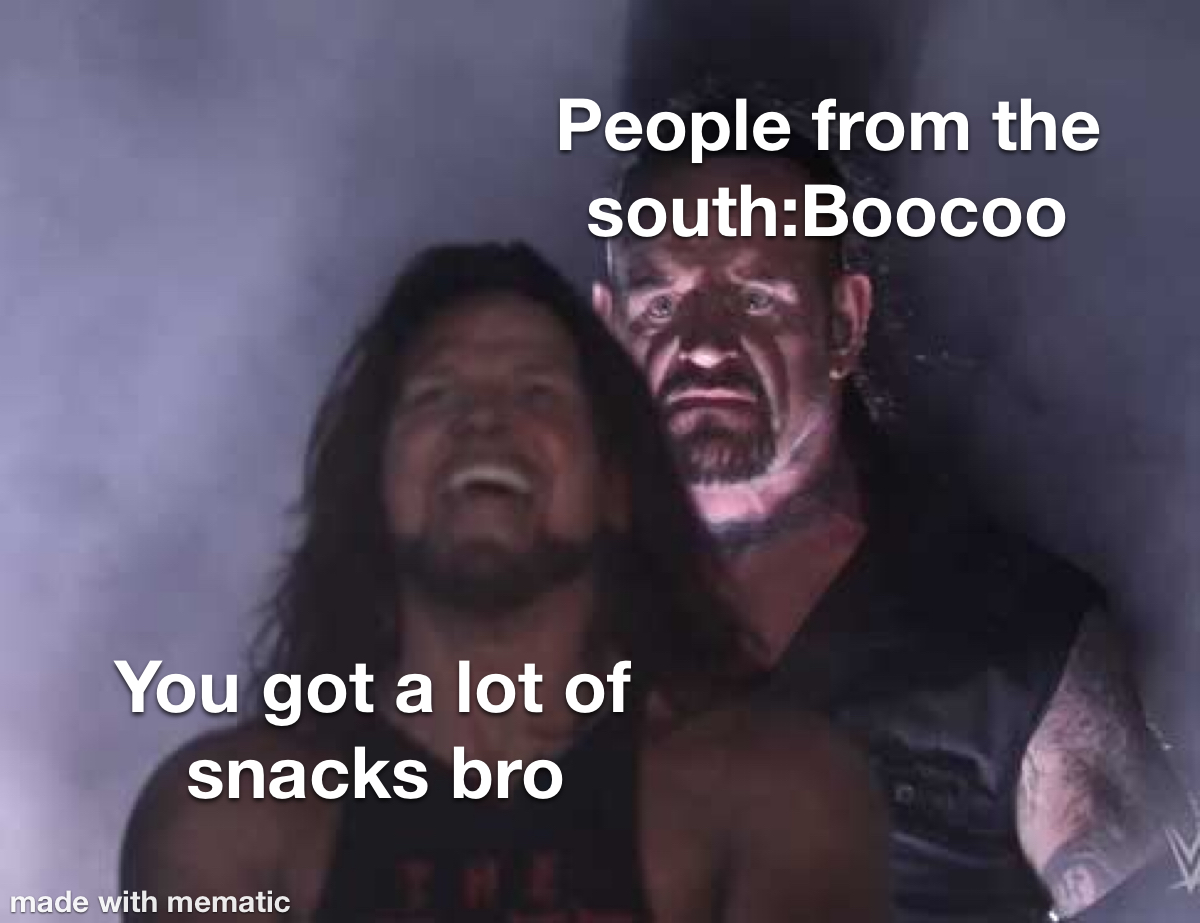 Snacks and Boocoo, it’s a thing in the south. (Meme by: Jacob Willis)

Explanation: The word “boocoo” is used in southern United States, mainly New Orleans, Louisiana The word is used to say that you have a lot of something or too much of something. For example,” I caught Boocoo beads at that parade yesterday” or “You got Boocoo snacks give me some.”

This word “boocoo” made it’s way to New Orleans a long time ago — before the Louisiana purchase when France owned all of Louisiana. Lots of French words and phrases stuck with us to this day, but we altered them to make them our own. In French “beaucoup” (meaning “many”) used to mean a helping of soup. I see the relation today because “boocoo” is often used when referring to food.

The word “beaucoup”(boocoo) was invented in the year 1210, when it meant helping of soup or beverage