Malcolm Jenkins’s devotion to a Legacy of Change

Malcolm Jenkins is no stranger to violence. The 3-time Pro-Bowl, 2-time Super Bowl Champion NFL Safety has made a career off his intense, hard-hitting physicality and razor-sharp focus in between the hashes. His physical ability landed him a Division 1 football scholarship at The Ohio State University, where he started all 4 years, winning the prestigious Jim Thorpe award for the nation’s best defensive back in his Senior season.

The award set him up to be one of the more highly touted prospects of the 2009 NFL Draft, in which he was eventually drafted 14th overall by the New Orleans Saints. 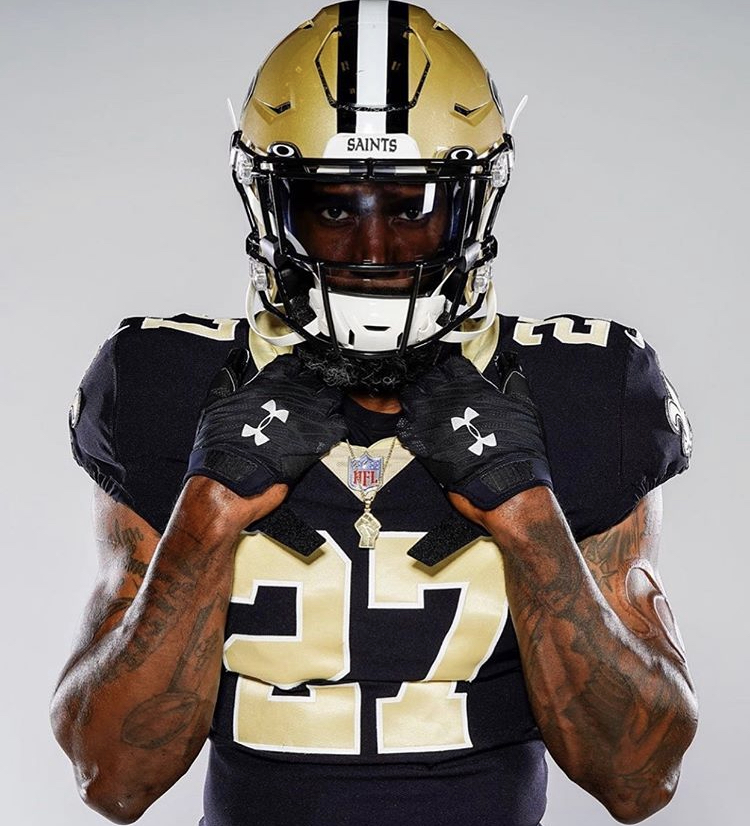 The history of the U.S. would suggest that the NFL has managed to carry on a legacy of destroying Black bodies. In many ways, Malcolm’s body is used to leverage billions of dollars of profit for wealthy owners, shaded under the guise of a professional sport. Saints Owner Gayle Benson is worth $3.1 Billion, and the team took home nearly $470 Million in revenue in 2019 alone. However, Malcolm is paid, handsomely at that, making millions of dollars annually to play sports for a living.

The percentage of African-Americans in the NFL is astounding, at around 70%, lending credence to the idea that sports have historically been the socially acceptable way for disadvantaged Blacks to break out of their socio-economic standing. A recent Associated Press study found that Black people were largely left out of high paying jobs, with white workers having a much better chance of having a job in the higher median annual salary categories, including management, law, and computer/tech. Disturbingly, one of the major ways Black youth visualize their lives improving is by playing a game that physically harms their own bodies. The risks of playing in the NFL are high, with recent studies showing the clear link between Football and its association with the brain condition Chronic Traumatic Encephalopathy (CTE).

Malcolm has sacrificed his body by playing the game he loves, suffering over eight major injuries during his playing career, including several concussions that he claims he hid from team doctors. However, he hasn’t forgotten his roots as a Black man in America, using the spotlight that the NFL has given himself to create a platform to speak out against racial injustice in this country. Jenkins’ mission is deeper than football, devoting his time and energy outside of the game to uplifting his people. 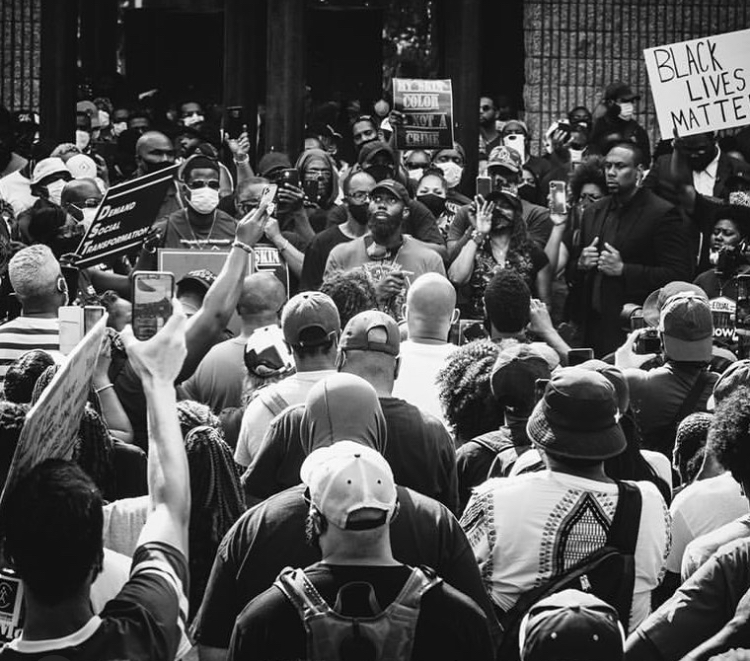 “If people know me more for what I do off the field than on the field, I think that’s a win for my life”, says Jenkins.

Jenkins has always been conscious of the issues for Black Americans. He established his devotion to his community by creating the Malcolm Jenkins Foundation alongside his mother, Gwendolyn, just after his first NFL season with the Saints in 2010, which aims to help underserved youth throughout Louisiana and Pennsylvania. But things changed radically in the NFL in 2016, after the police shootings of Alton Sterling and Philando Castile. Colin Kaepernick was the first to kneel during the national anthem, sparking an outcry among athletes to enact social change.

As one of the first players to answer the call, Jenkins knew he needed to commit more than just words in order to create change. “OK, enough is enough. Like, I don’t want to just tweet. I don’t want to wear a T-shirt”, says Jenkins.

2020 had been a year of uncertainty and change, with the police shootings of George Floyd and Jacob Blake catapulting the Black Lives Matter movement to the front of American conversation. Its resurgence has found its way into the open dialogue of the sports world, with the NFL recently announcing the #SayTheirStories initiative, aiming to amplify the stories of victims of police brutality in America. Additionally, the NBA allowed their players to use their jerseys to wear social justice messages, campaigning for increased awareness of these issues from their widespread audience. Staying true to his values, Jenkins has not allowed the $10 million he made in the year alone or the grueling grind of the NFL season distract him from what really matters.

Nothing better exemplifies his role as a leader than his response to fellow teammate Drew Brees’s comments this summer regarding his disapproval of NFL players kneeling during the national anthem. “If you don’t understand how hurtful, how insensitive your comments are, you’re part of the problem,” Jenkins said tearfully in his 4-minute Instagram video post. His comments were honest, heartfelt, and deliberate, showing his willingness to take a stand against even the closest of brothers.

Continuing his advocacy efforts in the NFL circle, alongside several current and former players, he was one of the leaders in forming the Players Coalition, pursuing increased criminal justice reform, police and community relations, and educational funding for underserved communities.

Jenkins further ventured his efforts into media, through his company Listen Up Media. As executive producer, his Documentary film ‘Black Boys’ takes an intimate look at Black male life and identity in America, aiming to help rebuild Black pride from a society that has marginalized their existence.

Jenkins is conscious of the success he has had professionally but isn’t forgetful of the struggles that still plague his community, and is devoted to establishing a legacy of impactful change. “My legacy is still being written”.

Roller skating as A political activity
Art and media