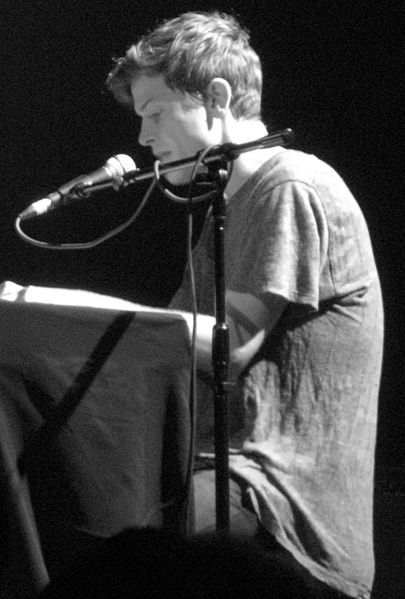 Mike Hadreas, or Perfume Genius as he’s more commonly known, is by no means new to the idea of writing captivating, heartfelt songs about being a gay man. His albums regularly feature songs centered around the men he has been with — whether they be long term boyfriends or one night stands gone wrong — as well as passionate cries about his struggle with domestic abuse and his different experiences as a gay man. His newest album, Set My Heart On Fire Immediately, no doubt follows in the footsteps of his past albums, especially in how he uses lyrics — or a lack thereof –to highlight his often gloomy, always punchy melodies. Overall, Set My Heart On Fire Immediately is a beautiful addition to Hadreas’s collection that strongly conveys some of the modern struggles of being a gay man.

When listening to Hadreas’s music, it is important to understand the depression which Ann Cvetkovich discusses in her book Depression, especially the kind that comes from “cultural memory and public cultures that emerge in response to histories of trauma,” rather than from a chemical imbalance. The issues Hadreas discusses in Set My Heart On Fire Immediately are not uncommon among the gay community, and I know that myself and my gay friends have collectively experienced all of these difficulties. Some of the experiences Hadreas discusses include an unpleasant hookup with a curious straight man in the song “Jason,” a hidden relationship in the song “Just a Touch,” or a negative relationship between our bodies and sexual identities in the song “Without You.” The gay male experience varies, but many of us have similar stories to tell, and it leads to a sort of trauma bond within our own community.

For songs with such intense lyrics, the somber sound of the instruments should come as no surprise. Even in his more poppy songs like, “On the Floor” and “Your Body Changes Everything,” Hadreas does not sound upbeat; instead, he sounds like he is struggling to mask a deep sadness behind a semi-positive exterior of funky guitar melodies and a somewhat techno-sounding synth. If you didn’t listen to his lyrics, it would be easy to believe that he is actually happy, but his style of pop mixed with rock and classical music, often known as baroque or chamber pop, doesn’t warrant a happy tune in the way other genres might. However, the lyrics make it clear that both songs are less than positive. “On the Floor” tells the tale of an unrequited love that Hadreas is desperate to escape, and “Your Body Changes Everything” features lyrics such as “I can hardly breathe/And now you’re right above me/And your shadow suffocates.” It may take multiple listens to understand the true meaning of each song, but it is worth it to understand the pain Hadreas is discussing.

Hadreas also has a tendency to go silent and allow the music to speak for itself. This is most notable in the fifth track of the album, “Leave.” This song has four pseudo-verses, the first of which is where the album title comes from, before going fully instrumental for the last minute and a half of the song. Despite its lack of lyrics, the song only features three instruments: a violin, viola, and synth, which are all perfect instruments for a baroque pop album. Throughout the song, these three instruments come together to form a melody that sounds almost angelic; we hear harp-like noises, the gentle cry of the strings being played, and a high pitch, almost ringing, noise. Towards the second half of the song, we also hear what sounds eerily like a howling wolf, as well as panicked whispering of unintelligible words. The track is truly magnificent, and the mix of Hadreas’s soft-spoken, low-toned singing and the light and airy music creates an ethereal sound that leaves the listener captivated. “Leave” demonstrates that silence can be powerful, and some trauma is just too painful to explain in words. 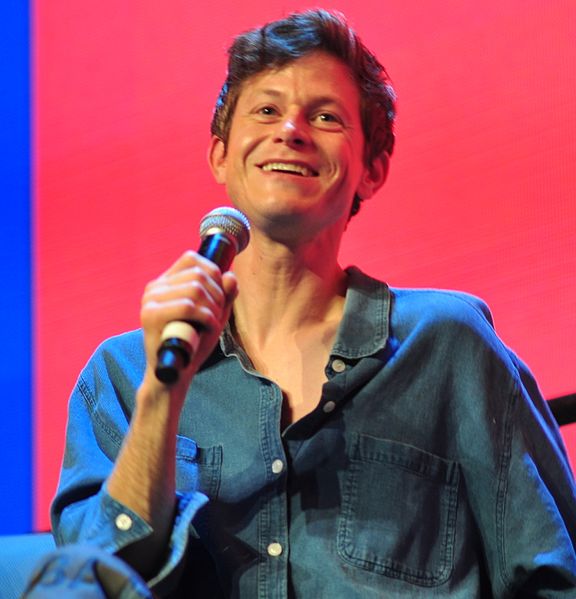 While “Leave” exemplifies Hadreas’s use of silence, we get a sense of Hadreas’s lyrical capabilities in “On the Floor.” The song features lyrics like “the dreaming, bringing his face to mine,” which is likely a reference to the cover photo of Kate Bush’s 1982 album The Dreaming. In this photo, Bush is holding the face of her then boyfriend, staring off into the distance. Hadreas has discussed Bush’s influence on his lyrics before, to the point that it’s almost difficult to find a review that doesn’t mention her. The song then continues with Hadreas’s experience of an unrequited love, which he frames as an addiction. He describes himself as shaking and pacing, asking when his body will be safe again and he’ll be able to walk in the light. He promises to change multiple times, echoing what someone with an addiction might say. Even though his affection is not reciprocated by his love interest and Hadreas makes it clear he does not enjoy feeling this way, Hadreas cannot seem to change. He is trapped by his own emotions, and he desperately wants to be set free.

For a song that is emblematic of the album as a whole, I look to “Some Dream,” which depicts Hadreas’s struggle to become a musician at the expense of his personal relationships. The vocals for this song take on a light, angelic tone, and the instruments begin soft and slow before they become heavy and almost overbearing for the middle third of the song. Hadreas alternates between fast-paced singing and a slow, almost sweet tone that, when paired with the alternating style of the background music, creates a sense of separation between the different sections of the song as if it were a play. And in “Some Dream,” especially, this separation pairs with the lyrics to create a constantly changing sense of mood. The first airy portion sees Hadreas struggling to grow his fame, then the intense middle section sees Hadreas pushing away those close to him, and we end with another light section where Hadreas questions if this was all really worth it “for a song.”

Set My Heart On Fire Immediately is similar to Hadreas’s other works in how it addresses covert forms of LGBTQ+ discrimination. In the era we live in, it is easy for those with more privilege to brush off the oppression of LGBTQ+ people because it is often less visible, so it is important for artists like Hadreas to continue shedding light on these more hidden struggles. There is no topic Hadreas shies away from, and that kind of boldness allows gay and bi men to know they are not alone and shows non-gay and bi men what work still needs to be done. Gay marriage has been legal for a few years now, and, as of June 2020, LGBT workers are protected under Title VII of the 1964 Civil Rights Act. But, with the LGBTQ+ community having higher rates of suicide, domestic violence, and even eating disorders, we cannot let our voices be swept under the rug. Music like Hadreas’s reminds those lucky enough to not experience these obstacles that they are real problems, and they must be discussed if we want any real change. Even when these obstacles are addressed and hopefully solved, there will still be a long lasting trauma within the LGBT community.

In every one of the songs on Set My Heart On Fire Immediately, it is clear that Hadreas has put in a great deal of time and effort into creating an album that fits perfectly in the Perfume Genius repertoire. None of the songs on the album can escape the influence of Hadreas’s experiences as a gay man, but it would not be a Perfume Genius album if they could. Set My Heart On Fire Immediately stands out from other albums with similar influences because of Hadreas’s ability to blend strong vocals and heavy instruments as well as his knowledge of when to use each. This knowledge allows Hadreas to tell truly compelling stories about his trauma from being a gay man in profound and beautiful ways.