Lindy Boggs: “She’s the only widow I know who is qualified, damn qualified, to take over”

Born in 1916, Lindy Boggs was the first woman to represent Louisiana in the House of Representatives. Boggs was a Congresswoman for 18 years, during which time she became the first woman to preside over a majority party convention and was responsible for the protections guaranteed under the Equal Credit Act of 1974. However, regardless of the incredible feats she was able to achieve on her own as a single widowed woman during her career, Boggs was oftentimes referred to as “Hale’s wife” by her fellow Congressmen. Faith was placed in Boggs’ abilities not because she was genuinely qualified, but because she had been married to Hale Boggs, who prior to his unexpected death had also represented Louisiana in the House. For despite the growing strength of the women’s movement in the early 20thcentury, during which time women gained the right to vote and female participation in the workforce grew 150%, women continued to be underrepresented in politics and in the professional realm. Women were not viewed as viable candidates for leadership positions, as women were expected to abandon their professional aspirations and quit their jobs if they became married and/or pregnant. 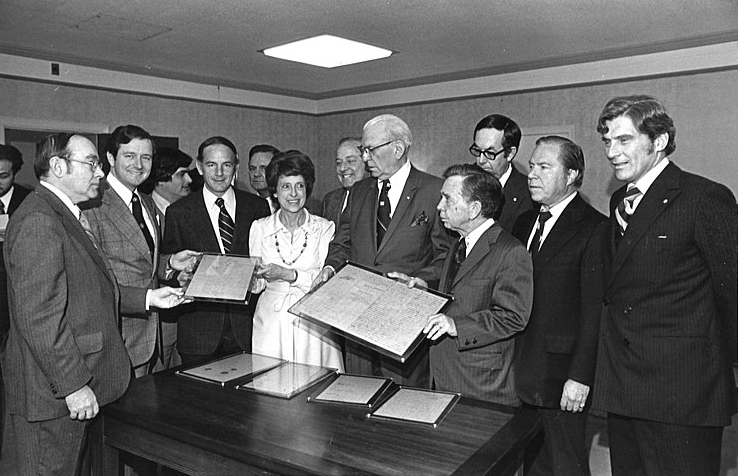 Lindy Boggs and associates at the Louisiana Purchase Presentation, 1976

During her childhood, Lindy Boggs was raised by her conservative mother and stepfather on a cotton plantation in rural Louisiana. She was privately tutored in subjects such as literature, geography, and history, but not in subjects like math and science. There was no point in developing Boggs’ talents in the STEM field during her childhood (though she was quite able, as evident by her knowledge and expertise in renewable energy sources and business markets), as young women during the early 20th century were channeled into occupational choices limited to mainly four categories: secretarial, nursing, teaching, or motherhood. Graduating from Newcomb Memorial College as a history and literature major, Boggs worked as a schoolteacher for 3 years until she quit her job and married her college sweetheart, Hale Boggs, an up and coming politician. When Boggs became a married woman in 1938, only 12% of married women were formally employed in the workforce. Married women were not expected to work, they were expected to become dutiful wives and mothers. Lindy Boggs did not return to the workplace in any formal capacity for 36 years after her marriage to Hale. She had a new profession, one as a full-time mother and as an advocate for her husband, whose political career was taking off.

During the 36-year lull in her professional career, one of Lindy Boggs’ most prominent duties as an advocate for her husband included hosting socials for Hale’s political associates and their wives. As stated in her autobiography, Washington Through a Purple Veil, Boggs’ duty as an entertainer was to ensure that everything went as smoothly as possible so that Hale could focus on meeting and greeting the guests, allowing him to gain credibility with potential donors and connections with fellow politicians. “I’m in charge of food, drinks, decorations, and entertainment. Hale’s the chairman.” While the congressional wives who hosted these socials were mainly responsible caring for their guests’ immediate needs, wives were also encouraged to participate in the conversations held between the men. Courses were offered by the congressional club with a purpose of helping wives become more knowledgeable over national and foreign issues and policies, which were often discussed at these socials. While the purpose behind these courses was honorable in theory, some of these courses were also incredibly sexist. For example, one course offered by the congressional club taught wives the tips and tricks of hosting “appropriate entertainment” for guests. In addition, these courses neglected to acknowledge the work and contributions congressional spouses provided for their husbands outside of their roles as entertainers. For example, Lindy Boggs led and coordinated Hale’s political campaigns, canvassed voters, went from door to door and talked with members of the Louisiana community, and arranged Hale’s social gatherings and meet and greets.

When Hale unexpectedly died in a plane crash in 1971, Boggs made the decision to run for his spot in the House just four weeks after his death. Boggs won the election with an 80% margin against her competitor, Robert E. Lee, becoming the first female representative in the House for the state of Louisiana. Despite her endorsement from the Louisiana Democratic party and being more than qualified for the position, some had doubts concerning her true motivations for running for Congress. Charges were made that she was “keeping the seat warm” for her son Thomas, who had tried and failed to gain a seat in the House for the state of Maryland. Boggs combatted these accusations with a public statement, saying that she would be keeping the spot open not for her son, but for Elizabeth, her ten-year old granddaughter. When asked if she had any doubts about her chances of winning the election, Boggs responded, “The only thing that almost stopped me was that I didn’t know how I could do it without a wife.” Boggs knew how pivotal her work was to her husband’s political success, and while her role in Hale’s career was never formally acknowledged, Boggs’ win for a seat in the House meant she was no longer hidden in the shadows of her husband’s career and success. She made a name for herself, and led to genuine, tangible change within the House itself, and in America. 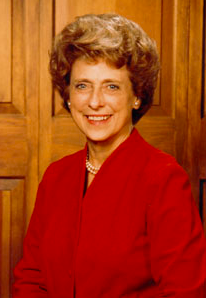