Dear Big Chem-EZ: Where do all my Mardi Gras beads go?

You can look for new pieces on the second Wednesday of every month. Up today, we have a look at how storms and water line breaks affect the safety of our drinking water. If you have questions you’d like answered, send them to thebigchemez@gmail.com. Since Mardi Gras 2021 isn’t gone, it just looks different, we are diving into the objects that surround it, and Jamie Hemstock answers the question: What happens to those Mardi Gras beads?

I love the celebration of Mardi Gras, but I also try to prioritize sustainability in my life. Every year tens of thousands of pounds of beads (and many other trinkets) are thrown from each float during Mardi Gras; where do all these beads go once the parades are over, and what is the environmental impact?

“Throw me something, Mister,” you yell as the sky becomes showered by beads, cups, toys, and so much more. You’ve managed to catch ten bead necklaces and a Muses cup by the end of night, and it’s only Thursday! Two weeks of parades means two weeks of bead catching and street celebrations. But where does all this trash go once Mardi Gras is over?

The New Orleans Department of Sanitation has a parade cleanup crew that consists of about 600 people [1]. The cleanup crew not only has the task of collecting the beads, cups, and toys thrown by parades, but also must clear cans, bottles, cigarette butts, plastic bags, and abandoned chairs left behind by parade-goers. Each year the cleanup crew requires over 100 pieces of equipment—including street sweepers, front-end loaders, dump trucks, and much more—to remove all the waste [1]. The crew works hard to clean up after every parade, clearing the streets as soon as two or three hours after one parade ends to prepare for the next. 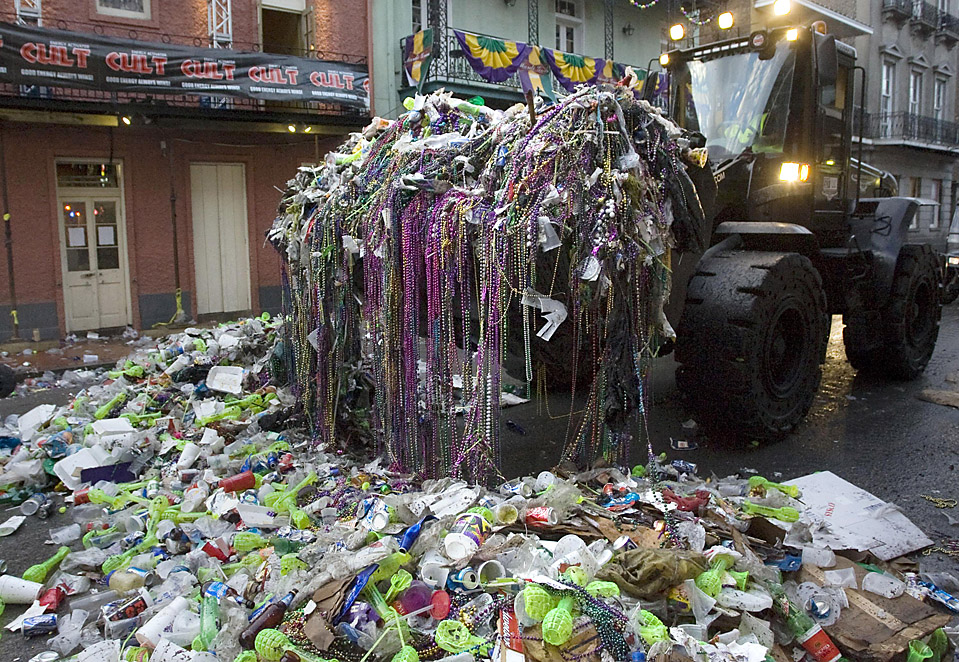 In the summer of 2018, over 93,000 Mardi Gras beads and other thrown trinkets were removed from storm drains—this was just in a five-block stretch of St. Charles Avenue [2]. President of Mid-City superkrewe, Dan Kelly, estimates that the average Endymion rider would throw about 500 pounds of beads in 2020 Mardi Gras [2]. With a membership of about 3,200 people, that’s over 800 tons—and that is just one of the many krewes taking part in Mardi Gras!

The process of waste management is long and difficult for Mardi Gras cleanup. Recycling has proved to be an issue during the waste management process. Often, recyclable products have been contaminated, and must be disposed with the rest of the waste [1].

Among the most difficult to dispose of are the beads. The beads are made of plastic, which poses an environmental threat in several ways. Plastics disposal has long been an issue scientists and environmentalists continue to try to tackle. We know things like plastic bags and straws have an incredibly detrimental impact on the environmental at large. Mardi Gras beads contribute to this, and pose an even more specific threat to local communities. The plastic beads are not biodegradable and potentially toxic. Physician Holly Groh teamed up with Tulane pharmacologist Howard Mielke and found traces of toxic lead, arsenic, and carcinogenic flame retardants in beads sent from Chinese factories [4]. Those toxic chemicals come from hazardous electronic waste sent from the United States to China for disposal [4]. Though the chemicals were found in trace amounts, millions of beads containing toxins can contribute to harmful environmental contamination, including pollution of soil and water. 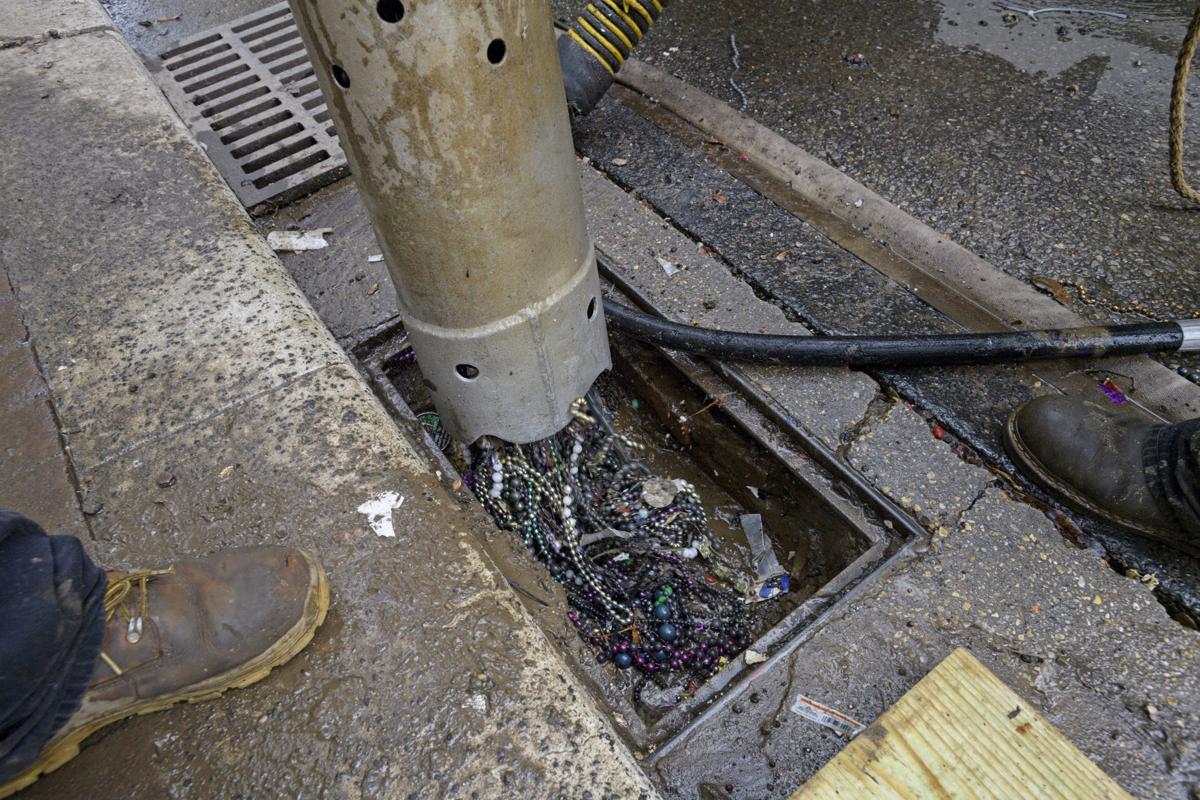 Additionally, many of the beaded necklaces end up in landfills and storm drains [3]. Storm drains are designed to collect rainfall runoff, and discharge it without treatment into local bodies of water. Plastic and other waste being disposed in storm sewers causes clogs in catch basins [3], and threatens the environments surrounding the bodies of water receiving that contaminated runoff. So, what can we do about this?

Well, eventually the environmentalists of New Orleans hope for a Mardi Gras with nowhere near the number of beads being thrown as today’s celebrations. Some parade krewes are taking steps towards reducing plastic waste. Things like car magnets, iron-on patches, hair scrunchies, and more are slowly replacing the mass amounts of beads being thrown [2]. Some researchers are even producing biodegradable beads from micro-algae for further testing [5].

One opportunity readily available that some New Orleanians are already taking advantage of is recycling their beads. The Arc of Greater New Orleans [6] has been making efforts towards recycling beads for many years [7]. They employ people with intellectual disabilities to sort and package the donated beads (and other trinkets) to resell to parade riders for the next year’s Mardi Gras. ArcGNO is partnered with many local businesses and organizations to coordinate recycling drop-offs. There are several locations available for locals to drop off their beads and other trinkets from the parade, and it’s easy to find a bin near you on their website: https://arcgno.org/find-a-bin/. ArcGNO has already made a great impact on the New Orleans community. According to Stephen Sauer, the director of ArcGNO, 20 tons of beads were recycled in 2017; 60 tons were recycled in 2018; and 186.5 tons were recycled in 2019 [2]. Recycling the plastic beads lessens their damage to storm sewers and will reduce water and soil contamination. This is one way you can lessen the negative environmental impact of beads. 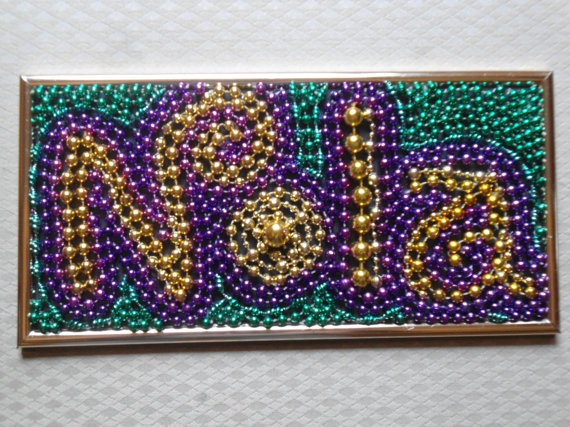 Some New Orleanians prefer to keep their beads and utilize them for bead trees, fence/balcony decoration, or in art projects. This is another easy way to keep them from posing such an environmental threat.

There are easy steps every parade-goer can take to minimize the detrimental effect Mardi Gras beads have had on the environment. So, look for an ArcGNO bead drop-off bin next time you’re at the grocery store, and be sure to familiarize yourself with the many options you have (that don’t, of course, include leaving them on the street after the parade).

Big Chem-EZ: How are potholes made?
Environment