Jesse Owens, an American black track athlete, won four gold medals at the 1936 Olympics held in Germany. Americans were shocked to see that a black athlete could become so dominant in global competition (so was Hitler). Rather than celebrating his accomplishments, many news organizations in the United States focused on his genetics, stating that he was “born this way”, and asserting that his success was not from hard work and dedication. 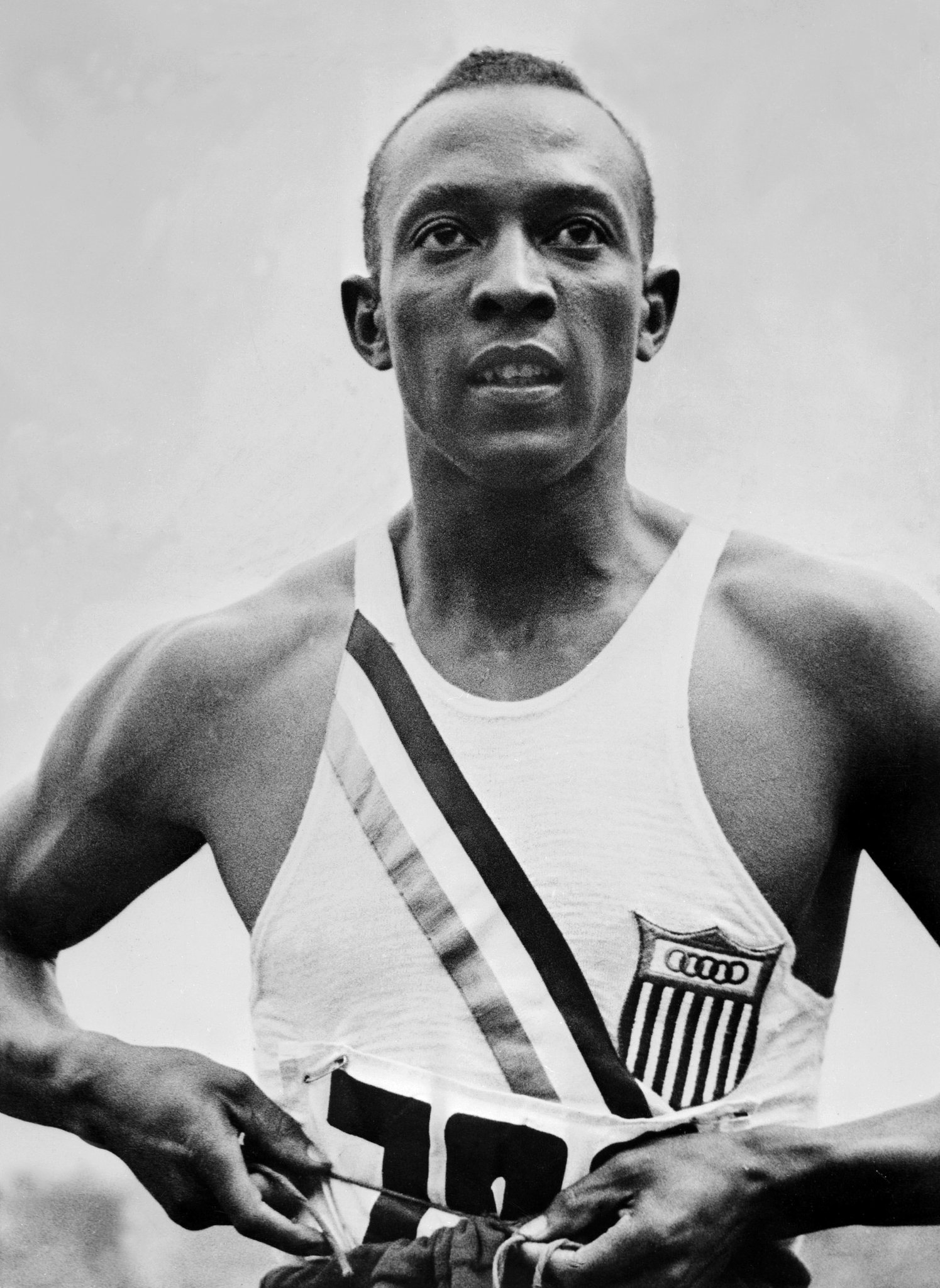 The pervasive view at the time and for many years afterward was that the black athlete was subhuman. Many Northern and Southern U.S. newspapers and commentators expressed the view that the “new” black athlete succeeded because of his jungle ancestry. That view is still held by some, but perhaps better concealed amidst intonations that black athletes are simply, naturally “athletic,” as opposed to being intelligent, critically astute practitioners of an intense work ethic which makes possible their excellence in athletic play and competition. Even as recently as September 1995, Roger Bannister, the first man to break the four-minute mile barrier, was reported to have said that black sprinters “have certain natural anatomical advantages”. Other racist myths include stories that slave masters selectively bred their slaves to create a physically larger and stronger slave. On the other hand, white athletes are often described in many different terms. White athletes are “dedicated,” “hard workers,” and “intelligent players”. This disparity between the perception of white and black athletes can now be observed as both white and black athletes speak out regarding important social issues.

Colin Kaepernick, who played football for the San Francisco 49ers’, was one of the most famous quarterbacks in the early 2010s. By 2016, Kaepernick felt that he could no longer be silent about the racial injustices occurring in the U.S. and chose to kneel during the National Anthem prior to the third preseason game in 2016. Kaepernick wanted to peacefully protest against racial injustice, police brutality, and the systematic oppression in our country. 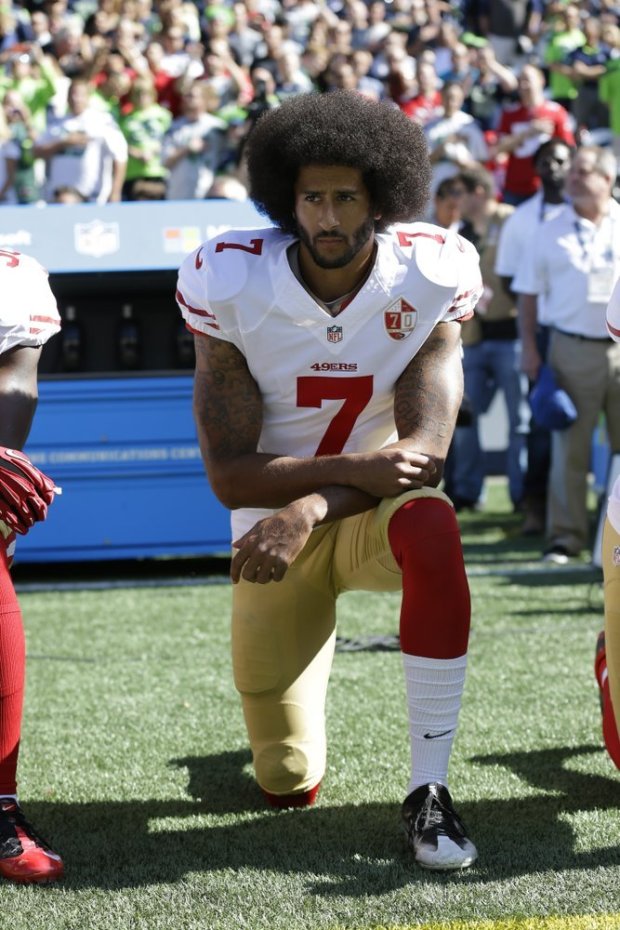 Kaepernick continued to take a knee throughout the regular season, causing highly polarized reactions. Eventually, Donald Trump spoke out saying that the NFL should fire any players who protest during the national anthem. Kaepernick eventually became a free agent, was not picked up by another team and many believe that the NFL owners have agreed not to let him play again in the NFL. During Kaepernick’s time, there were several white football players that spoke out about race in America, yet those while players did not experience half of the criticism as Kaepernick did.

Black athletes may occasionally resist speaking out about racial problems in America. Many times over, mainstream America has tried to demonstrate that they’re not racist and that everyone is equal. However, that is far from reality. Sports is a world where black people have been able to dominate and be the face of many different sports. These fortunate athletes know how lucky they are, and in turn, may choose to not speak out about current events. Michael Jordan and his lack of political statements during his playing days is a good example. Black professionals in America understand why it may be hard to comment on current events. Politically, it could mean an easier life: more money, potential job security, and exposure to more opportunities. Unfortunately, those black athletes who do take public, antiracist political positions can expect the full weight of their industry to punish them, making them outcasts and problems.

This perception of the ungrateful black athlete who should simply be happy about their situation creates a massive problem. In early June, Drew Brees, the New Orleans Saints quarterback, said that NFL players who kneel during the national anthem are disrespecting America. In an interview with Yahoo! Finance’s Dan Roberts, Brees said that silent protest is inappropriate- even within the context of social unrest sparked by the death of George Floyd. Brees, who is a 41-year-old white man, publicly stated that he will never agree with anybody disrespecting the flag of the United States of America or our country in the interview. 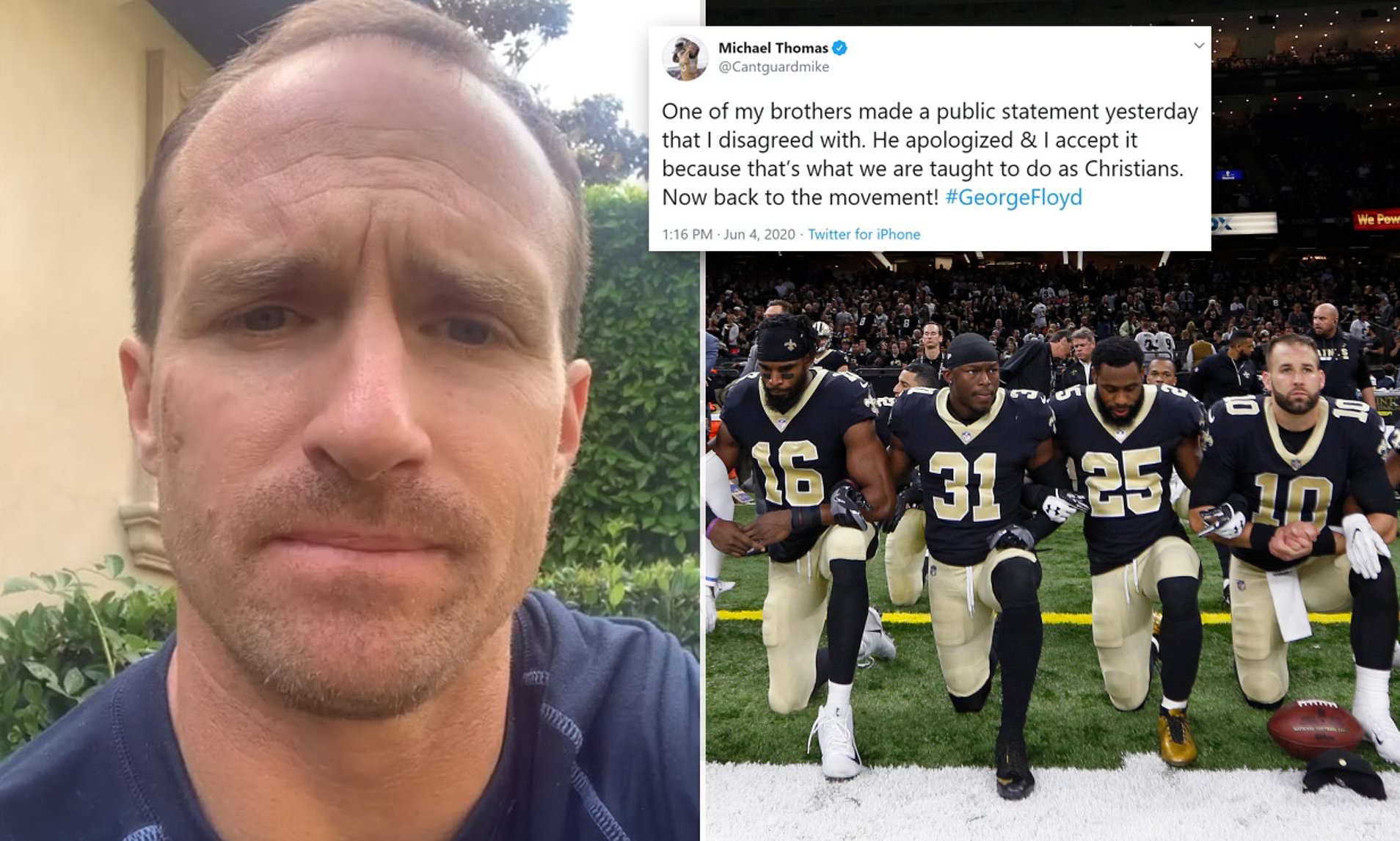 This statement immediately sparked a controversy that was not handled the same way that Kaepernick’s controversy was handled. While Brees did receive extreme backlash over social media, he was never let go from the Saints, nor did he face any long term repercussions for sharing his beliefs.

Black people are treated unfairly across many different realms of life. For many blacks, racial equality remains an elusive goal. Barack Obama once stated, “There are very few African American men in this country who haven’t had the experience of being followed when they were shopping in a department store. That includes me.” According to a 2018 Gallup Poll based on 6,000 U.S. adults, 30% of Black respondents said they were treated less fairly than white customers when shopping. These experiences could be slights, such as being ignored in favor of a white patron, or they could be serious attacks on dignity and liberty, like being detained and questioned after making a purchase. The experiences that black and white people have in everyday life are similar to the discrimination black and white athletes face in the media. The difference in perception of Kaepernick’s peaceful protesting versus Brees’ remarks about how he disagrees with what Kaepernick is doing demonstrates how the different races are treated in even the 21st century. While America claims that they’re making progress in pursuing the dream of equality for all, the achievement of this dream remains elusive. We can be hopeful that one-day equality in America will not depend on the color of one’s skin.