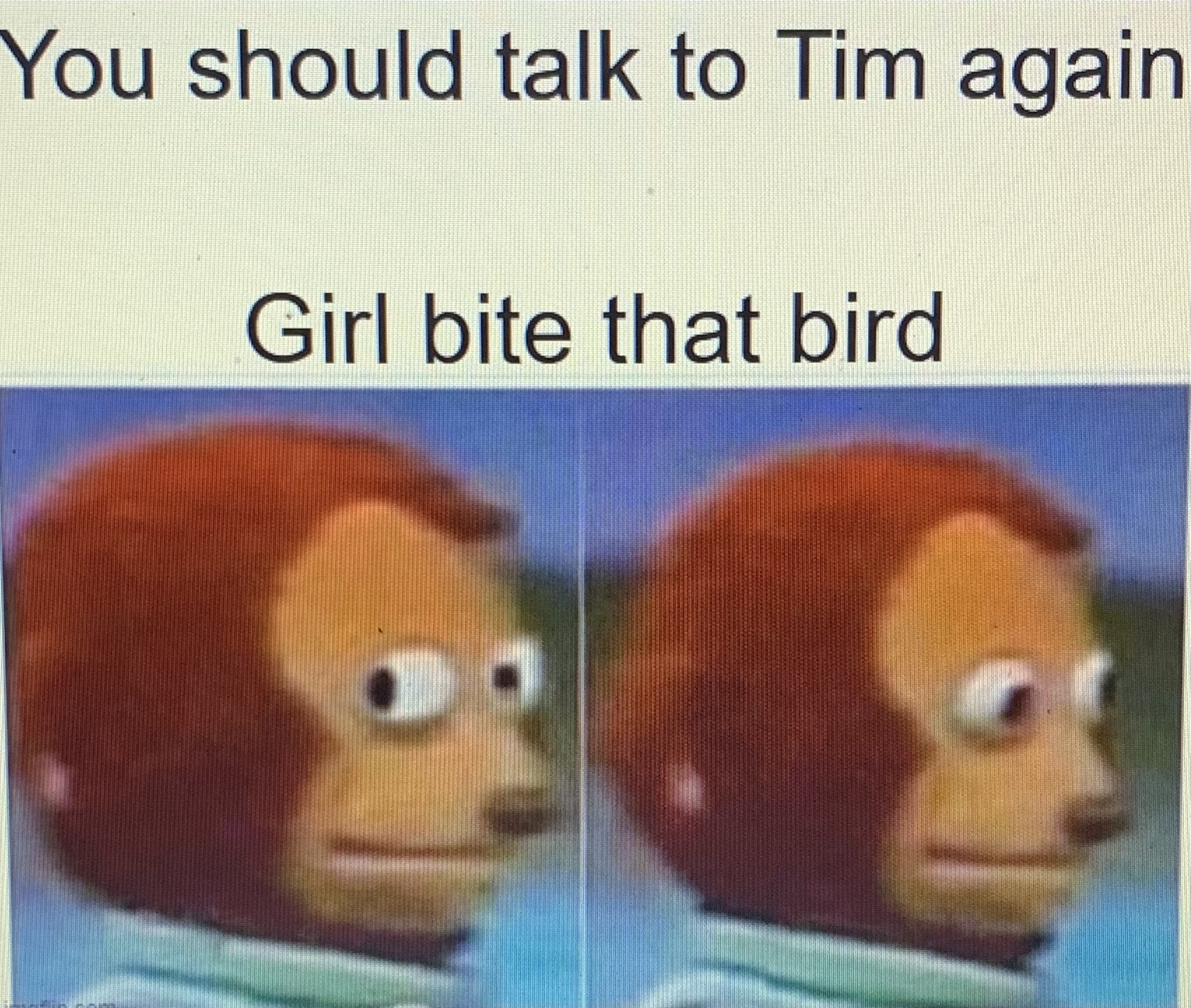 My phrase “Bite that bird” isn’t used too much in everyday conversation. It’s something commonly spoken in urban youth conversations. In other words, it’s used by the younger audience (kids around my age). Basically it means to chill out.

Let me give you a scene: My friend has told me that my ex and I would be cute if we get back together — she knows that I don’t like my ex. So, I tell her, “Bite that bird.” Same situation if a teacher continues to mess with you, you can tell them “bite that bird” as well.

When looking up the etymology of the word “bird,” it was revealed that the word dates back to the 12th century; it was first used in Middle English language. The idea of “biting” something to silence a person really came through with the   military slang, “bite the bullet.” Then there was the phrase “bite off more than you can chew,” which came from tobacco chewing (and silencing yourself because you took to much). Another way to describe “bite” is to seize, especially with teeth or jaws so as to enter, grip, or wound. In other words, all of these phrases have to do with filling your mouth with something that will stop your talking. Maybe the “bird” means the middle finger, or maybe someone actually was like, “fill your mouth with a bird so I don’t have to hear your words.” Either way, the etymology is definitely influencing the use of the phrase in modern day.

“Bird” is obviously an animal that flies in the sky. This word has a link to the Middle English language. Another way the word bird was used was to break down gender stereotypes (both men and women are called “birds” — think England slang). It’s also used to keep gender out of the conversation: calling someone a “bird” doesn’t really imply any gender.