Give Light; A Documentary Bridging the Gap Between Traditional Wisdom and Modern Technology 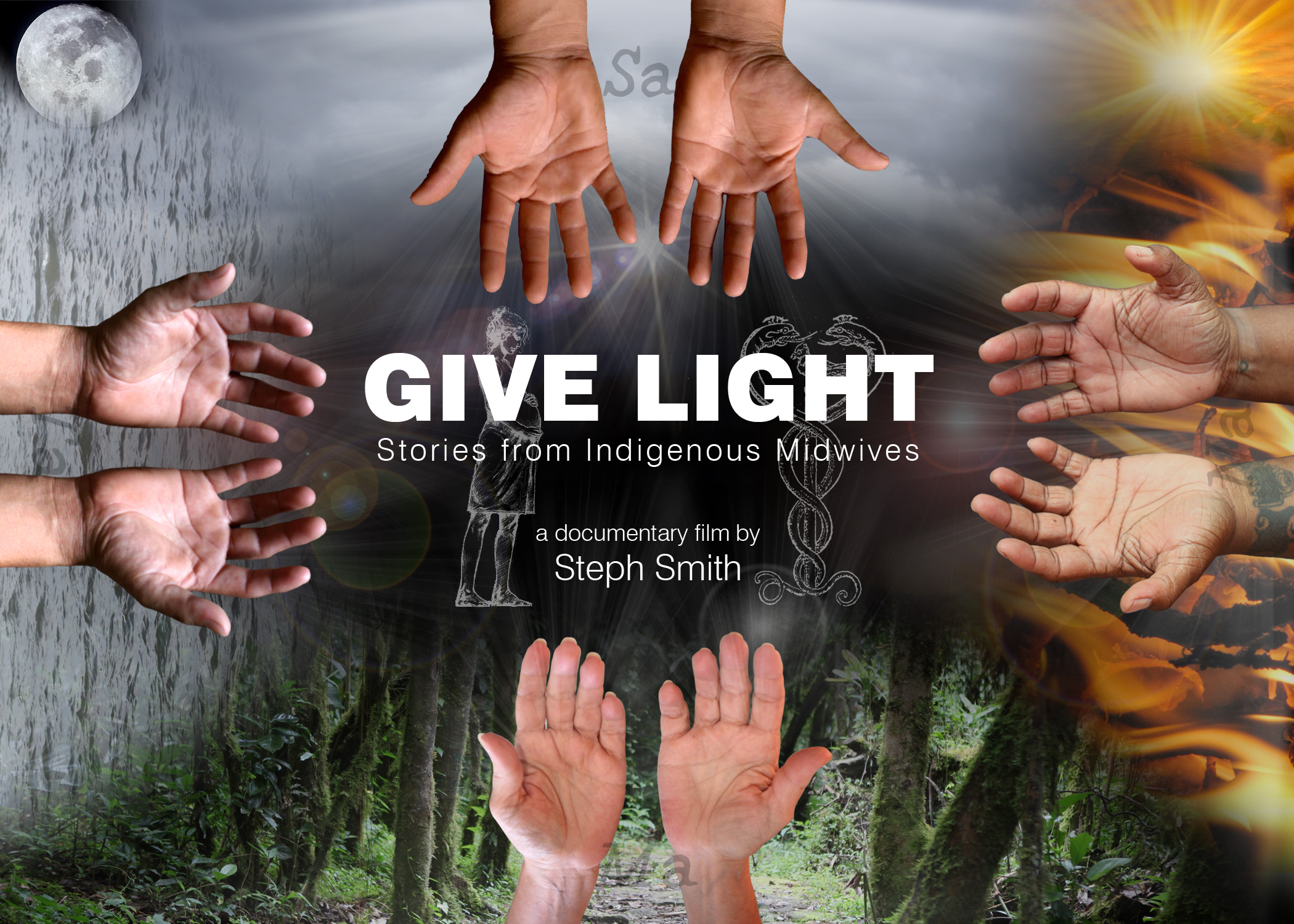 GIVE LIGHT, a documentary filmed by Steph Smith captures the stories of indigenous midwives around the world.

Give Light, a documentary film directed by Steph Smith highlights the voices of traditional midwives from different cultures and adds them to the modern maternity care dialogue.

Filmed in Brazil, Peru, Namibia, Belize, America, Thailand, Colombia, Costa Rica, Greece, and Spain, Give Light sheds light on the herbal methods that have been used by indigenous midwives globally to support mothers during birth.

From interviews with indigenous midwives, Give Light offers a solution to the continued worldwide maternity care crisis by bridging the gap between traditional wisdom and modern technology.

The film focuses on interviews with multiple midwives and their contributions to the healthcare field as well as the issues they see in modern maternity healthcare.

Midwifery is the profession that supports women in childbirth and has been around for as long as the human mind can remember. In the last century in the United States, there has been a shift in maternal care from midwifery to doctors in hospital settings. There are several factors as to why this transition occurred.

The challenges to their profession begin with tough licensing laws and regulations make it more complicated for a midwife to assist mothers in giving birth; currently, midwifery is illegal in seven states in the U.S and has no legal rights in nine states.

Additionally, there were several public health campaigns in the early 1900s that were pro-abolishment of midwifery. Nurse-midwifery and programs opened due to these campaigns, and so traditional midwives were no longer allowed to attend childbirth unless they underwent schooling.

Due to the modern advancements in technology and medicine in the West, childbirth became less natural, dependent on technology and medicine, and costly. Doctors began to use the results from electronic fetal monitors as a reason to carry out cesarean delivery as it was now readily available as an option despite the dangers; C-section rates grew exponentially in the U.S. and are continuing to grow today, putting the lives of mothers and babies at risk.

Despite the U.S. being a leading developed country, it currently has the highest maternal mortality rate when compared to other developed nations. It has been found that 40% of these maternal deaths are preventable. The CDC reported in 2012, that only 1.36% of childbirths were out-of-hospital. Hospitals vary widely in the access to adequate maternal-risk appropriate care due to funding, education, etc. so many women are not given a fair chance at a safe pregnancy or childbirth due to the limitations within the modern healthcare system. There are many groups of women who are more vulnerable to less adequate healthcare services due to socioeconomic status and cultural barriers.

Through Give Light, Steph Smith pays homage to the midwifery profession as well as bridging the gap between traditional wisdom and modern advancements in technology. In the U.S., midwifery is often seen as a taboo and outdated practice as modern technology has continued to advance; however, Give Light reveals that midwifery can be a safer option for many women and that at the end of the day, it should be a woman’s decision on how she brings her child into this world. A soon-to-be midwife student, after screening Give Light, says, “For me, it’s all about giving people autonomy to birth the way they want to birth.” Give Light tells the stories and the histories of indigenous midwives around the world, opening the audience’s eyes and empowering women everywhere.

The anticipated release is 2021. Watch the Give Light trailer for the film . Become a social impact partner or donate to the impact campaign @ empowermidwives@gmail.com.  Visit givelight.info for more information about the film.