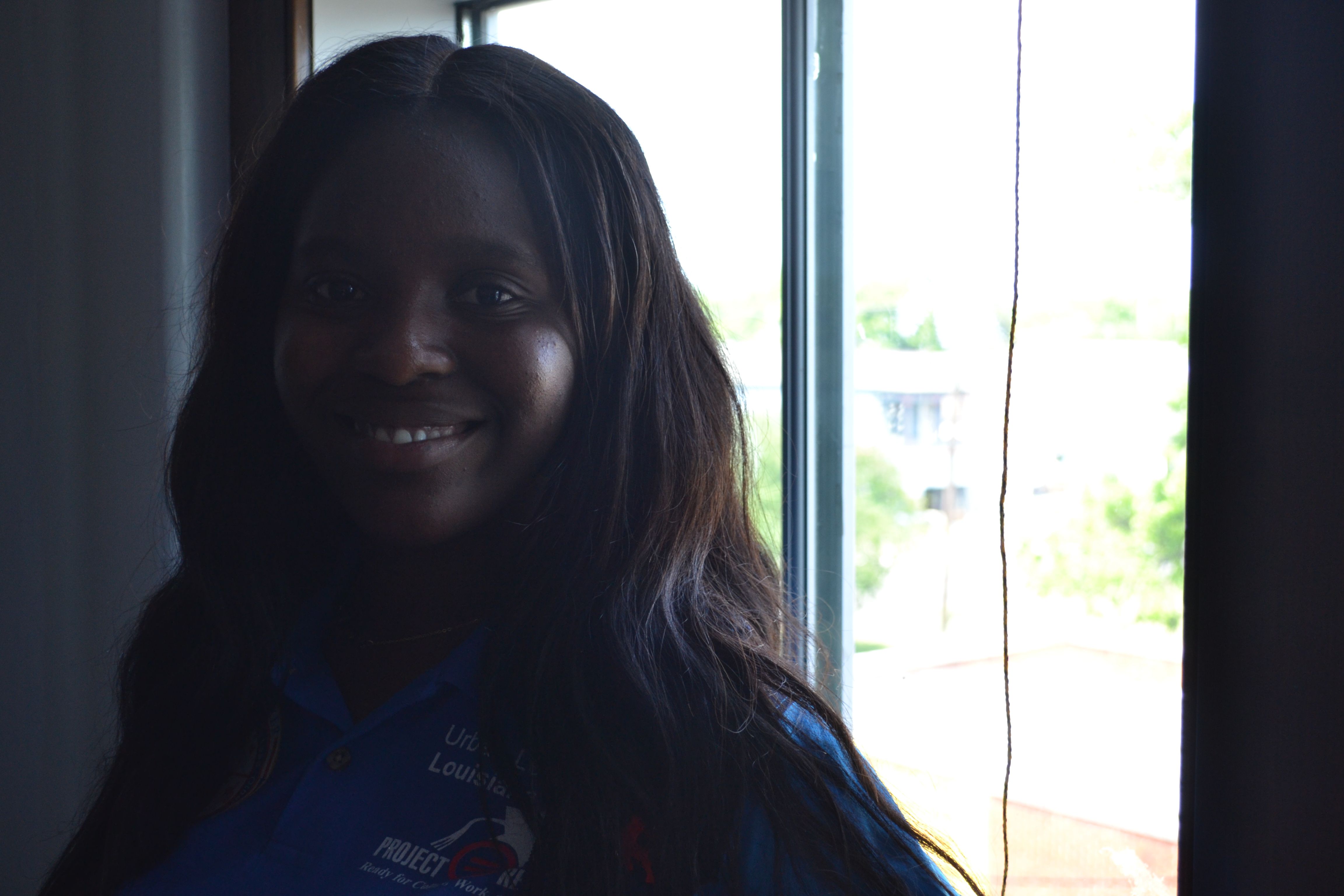 The history and tradition of Louisiana Voodoo has become a unique part of the culture of New Orleans. However, it goes deeper than the Voodoo that has been popularized by the media and tourist attractions. With origins in West Africa and Haiti, brought to Louisiana by enslaved and freed people of color, Voodoo has a rich and often overlooked history, so let’s explore how Voodoo has made its mark on the city and how the city has, in turn, influenced the perception of Voodoo. The popular Disney movie, The Princess and the Frog, made history featuring the first black Disney princess, but it is still indicative of a fundamental misunderstanding of Voodoo. Set in New Orleans, the film often misrepresents Voodoo and plays off of harmful stereotypes of the practice. Originally published on July 31, 2018.

Traces, Trash, and Testimony: Archives and the Literary Imagination was a course taught this Spring at Bard Early College in New Orleans by professor Joseph Bradshaw. In the class, students wrote creative pieces while engaging in archival research at the Historic New Orleans Collection. The students’ combination of poetic and investigatory logic led them into many exciting and unknown places as they thought and wrote about themselves in relation to New Orleans and its checkered history. As students studied at archival documents about subjects as varied voodoo, slavery, Mardi Gras Indians, and more and the Collection, back on BECNO’s campus they wrote poetry, personal essays, fiction, and other as-yet-undefined genres of creative writing. Three outstanding students from the class (Mervian Smith, Rajaeh Green, and Trang Huynh) have offered to share samples of their work here on ViaNolaVie.  Here we have Mervian Smith’s analysis of The Princess and the Frog.

Apparently, Disney couldn’t tame the truth behind how they viewed  the world or the people in it.

The Princess and the Frog. Let’s start with the main character in the movie, who goes by the name of, Tiana. Tiana started off as a little girl that dreamed of owning her own restaurant. She is African-American and was raised by two happily-married parents from the same race as her. So far so inspiring huh? While Tiana had everything that the stereotypical black child didn’t but until she married he prince, she was seen as the exact opposite of a princess.

Of course the over-lining purpose in fairytales is to show how normal girls can be considered princesses. But, in this case, the message was harshly illustrated. This is how Disney portrays it: the prince, whose name is Naveen, gets transformed into a frog by an evil voodoo man, and the only way he can reverse the spell is by kissing a princess. Doesn’t this sound all so familiar? It should because The Princess and the Frog is supposedly a modern day tale of The Frog Prince, which was the story Tiana’s mother read to her and her rich white best-friend almost every night.

Tiana’s biggest dream was to become an entrepreneur while her best friend, Charlotte desired to someday marry a prince, for she deeply believed in the magical aspects of life. I guess it wasn’t too hard to wish for the impossible when your father had enough money to buy it. Anyways, when the frog prince, Naveen, literally hopped to the ball to find a princess to kiss he leaped across Tiana who was currently a fancy dressed waitress in charge of serving the ball. She appeared as a princess but was not so; as soon as she kissed the frog, she turned into one too.

Now I know what you’re thinking ahh snap, right? How is this such a bad thing though? The horrible thing about Tiana turning into a frog is that she spent more than half of the movie as one and in order for her and Naveen to become normal again, he still had to kiss a ‘real’ princess. So imagine spending a large sum of days on a boat with a person you have fallen in love with and later having to watch them kiss your rich best friend who was considered more of a princess than you. She was the main character, a black little girl who lost her father young, her family barely made ends meet money wise, and she was even a frog. Tiana appeared to be everything, everything but a real authentic princess. What the hell ever happened to true love’s kiss?

This isn’t even the worst part. As the story continues, Tiana, a very determined female, slaved her life away as a waitress to save up enough money to buy a restaurant. When she gets close to her goal, her rich best friend–who loves to spend money cause it comes so easy to her–gives her the rest. I personally think the part of the story was foul, what made Disney think it was okay for Tiana to “earn” the rest of the money in such a easy way. Why couldn’t she just save it all up on her own? I guess they think black women are incapable of reaching their end goal without help.  Also, every average fairytale is centered around love, but, no, this one is totally only about money. Even the evil voodoo doctor, who is only black man in the movie, is in love with the idea of riches, which was the sole reason Naveen turned into a frog.

And let’s not forget that even though Naveen may have been a frog, prince, and much more, he was everything but African American in the eyes of Disney. A parent  asked a Disney executive if Prince Naveen was Creole and was told that his background was made up; “he’s whatever ethnicity they have in fictional Maldonia.” When she found out the prince hailed from the land of far, far away, she thought, “Hmm. OK. Not only is it not a black love story, it’s not even an interracial love story. All the other Disney princesses have been linked with men of the same racial/ethnic background except for Pocahontas, and that was supposed to be based on historical accounts.”  What does that say to little black girls–that her prince doesn’t exist? That we would have to make up someone for you because no one of any race exists to be your prince?” A lot of moms had issues with that and said, “It felt like it was a slap in the face to black men.” These were the direct words the parent, Coleman angrily stated in the CNN article.

The movie release didn’t only cause an emotional swift in my life or the lives of the other little girls and their parents who had been longing for their little princesses to have a fairytale sense of hope. Young men were additional victims. For example, my uncle, Leroy Allen, was around thirteen years of age when The Princess and the Frog was released. He considers himself a big fan of Disney (even till this day at twenty-three years old he continues watching the channel). He learned a lot of words from Disney like multitask, copacetic. What he didn’t learn is that Prince Naveen wasn’t black. He stated, “ The movie made him feel proud that they finally put Africans-Americans in leading roles, gave them a fairytale of their own. He talked about how he believed prince Naveen was black or at least resembled  a black person from France, until he did research. Sadly, Naveen’s golden brown, crisped skin convinced him that they held the same race, a section of similar identity and that would never be copacetic to him.

But this was acceptable for a mother who goes by the name of Rodgers. She says, “The question of the prince’s race became irrelevant when I saw that my 5-year-old son [identify] with him anyway. He has yet to realize that this guy is from another country, and he can still identify with him because he’s brown. That gave me a sense of comforts and made me overlook that very easily.” The same blog post on CNN also mentions, “Rodgers said although her son may know the difference between a brown guy and a beige one, the issue of race isn’t on his radar.” At that age, race wasn’t on mine or my uncle’s radar either, but now we are starting to really look into the year that The Princess and the Frog gave us hope, inspired us to live up to our full potentials, as a scam. Now that year forces us to question the overall themes and hidden meanings within the movie. That’s what happens when the kids grow up, when we grew up. So will race still remain irrelevant in their eyes, in their brain’s curiosity?

[…] Editor’s Note: Traces, Trash, and Testimony: Archives and the Literary Imagination was a course taught this Spring at Bard Early College in New Orleans by professor Joseph Bradshaw. In the class, students wrote creative pieces while engaging in archival research at the Historic New Orleans Collection. The students’ combination of poetic and investigatory logic led them into many exciting and unknown places as they thought and wrote about themselves in relation to New Orleans and its checkered history. As students studied at archival documents about subjects as varied voodoo, slavery, Mardi Gras Indians, and more and the Collection, back on BECNO’s campus they wrote poetry, personal essays, fiction, and other as-yet-undefined genres of creative writing. Three outstanding students from the class (Mervian Smith, Rajaeh Green, and Trang Huynh) have offered to share samples of their work here on ViaNolaVie.  Here we have Part II of Mervian Smith’s analysis of The Princess and the Frog (If you missed Part I, you can find it here).  […]

Traces, Trash, and Treasures: Forget Disney, there are no black fairytales (Part II) – Via Nola Vie
Recent Posts on ViaNolaVie
Donate to ViaNolaVie!     GIVE BACK TO THE NEW ORLEANS PUBLICATION THAT’S ALWAYS GIVING!  ViaNolaVie,...

Traces, Trash, and Treasures: Forget Disney, there are no black fairytales (Part II)
Films and Screenings