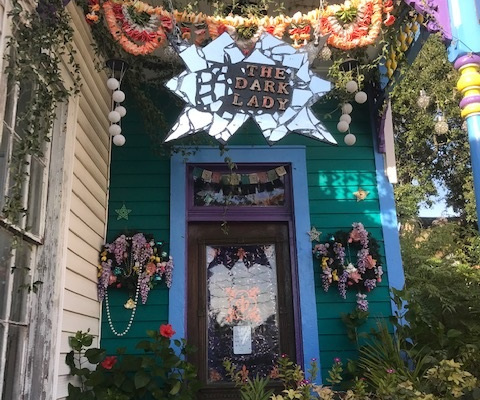 The history and tradition of Louisiana Voodoo has become a unique part of the culture of New Orleans. However, it goes deeper than the Voodoo that has been popularized by the media and tourist attractions. With origins in West Africa and Haiti, brought to Louisiana by enslaved and freed people of color, Voodoo has a rich and often overlooked history, so let’s explore how Voodoo has made its mark on the city and how the city has, in turn, influenced the perception of Voodoo. Continue reading to learn more about the past and present of New Orleans Voodoo and its relationship with Haitian Voodoo. Originally published on February 4, 2020.

Voodoo has, for years, been depicted with scary dolls, zombies, and black magic rituals. If a traveler comes to New Orleans, it becomes a fun gimmick for tourists. But really, voodoo isn’t satanic and isn’t a tourist attraction. The religion that is voodoo derives from a number of spiritual beliefs from a number of African people, mainly coming from Benin. Traditionally spelled Vodou, this religion came to Haiti from west Africa, primarily Benin, but also parts of the Congo and Yoruba land.

So, after many years of suppression and mis-information, Voodoo starts to become something people sell. In many cases, people read a book about Voodoo and claim that they can do spiritual work for people. That is just not how Voodoo works. One must have the rituals done and the training learned to be qualified as legitimate. “I think that the majority of the people that are practicing under the V-word in New Orleans have no connection to African spirituality other than they think that they can read a book which lets them light a candle and they can charge someone money for that.” says Bozanfe Bon Ougan. Another point he makes is that religion is communal, and most people in New Orleans don’t have gatherings or parties for their spirits. No, Voodoo Fest does not count.