In the toe of Louisiana lies one of the world’s greatest contributions to music: the city of New Orleans. The trumpets and trombones heard from the city’s infamous second-lines have inspired so much of the music we hear today — from jazz (New Orleans’ specialty), to blues, bounce, and hip-hop — its legacy on the sound of America’s music is unprecedented. This collection of articles explores the presence and impact of New Orleans’ music scene from the red lights of Storyville to the neon lights of Bourbon Street. And while the streets are silent from the effects of COVID-19, it is the perfect time to remember why the city’s music is so important to so many.

The sounds of saxophones and trumpets used to fill Bourbon Street. Now, after months of quarantine due to COVID-19, silence. Writer Alexander Fagre interviews a musician about the effects of the pandemic on New Orleans’ music industry. This article was originally published on August 13, 2020. 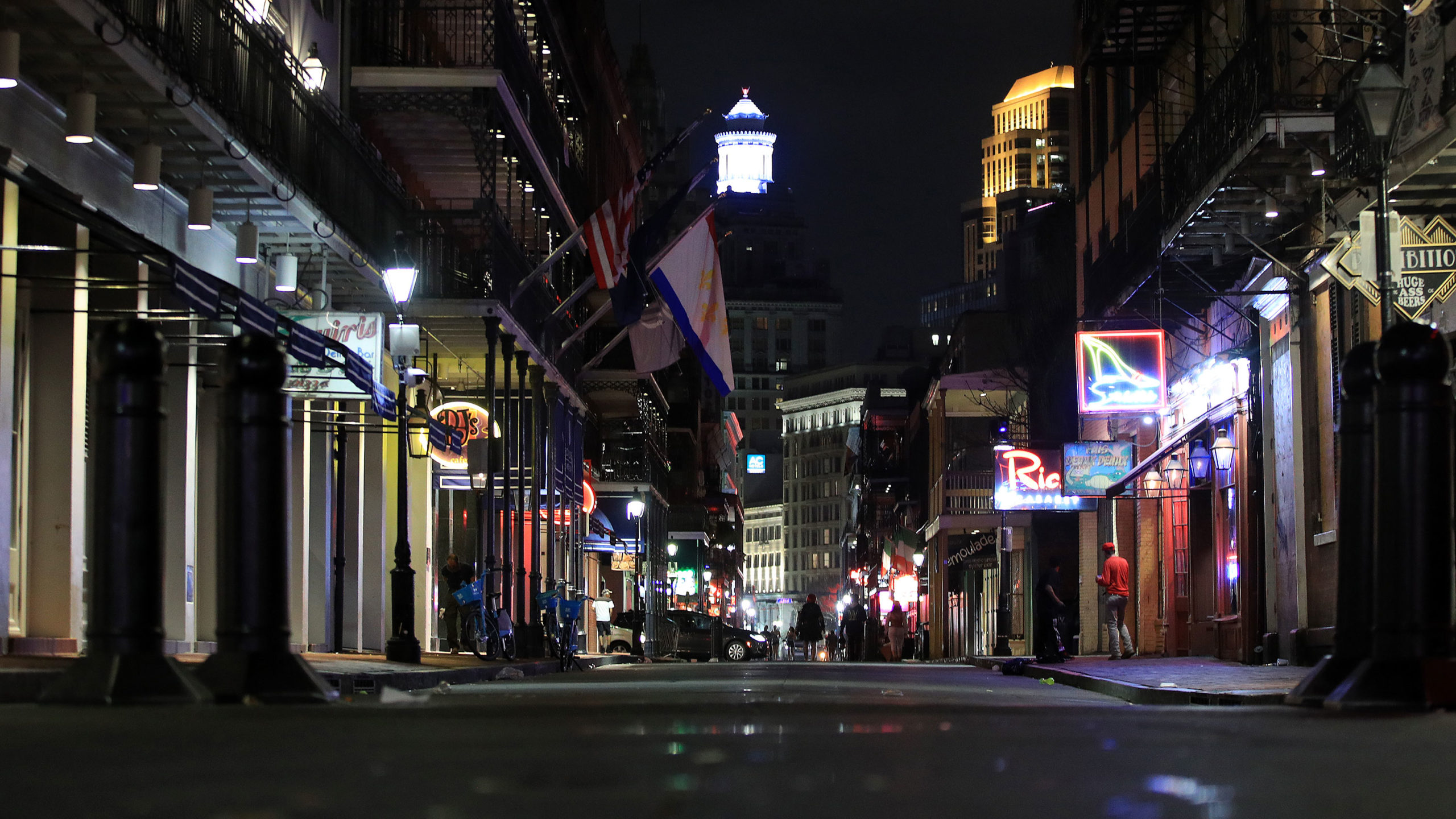 An empty Bourbon Street after a government-ordered shutdown of bars and restaurants.

Nobody expected it would happen so quickly. Louisiana reported its first case of COVID-19 on Monday, March 9th. By the end of the week, nearly every restaurant, bar, school and house of worship closed their doors, and police were sent into the French Quarter to disperse crowds celebrating a cancelled St. Patrick’s Day. In an instant, one of the most lively areas in America was transformed into a ghost town, and it remains so to this day.

Many estimate that the unemployment rate has already climbed above 20% due to this crisis. However, this number does not take into account those who are self-employed entrepreneurs, including some of New Orleans’ most famed and beloved residents: The musicians. As venues and streets closed down, they too found themselves suddenly out of work. Some have lived and performed in the city for their entire lives, enduring numerous hardships caused by events such as the aftermath of 9/11, Hurricane Katrina and The Great Recession. Others, like Penn Johns, have only arrived to New Orleans relatively recently. Johns, like many others from around the world, moved to the city to pursue a musical culture and tradition that is seldom found anywhere else. Now, he fears not only for the future of his career, but for his future life in New Orleans. 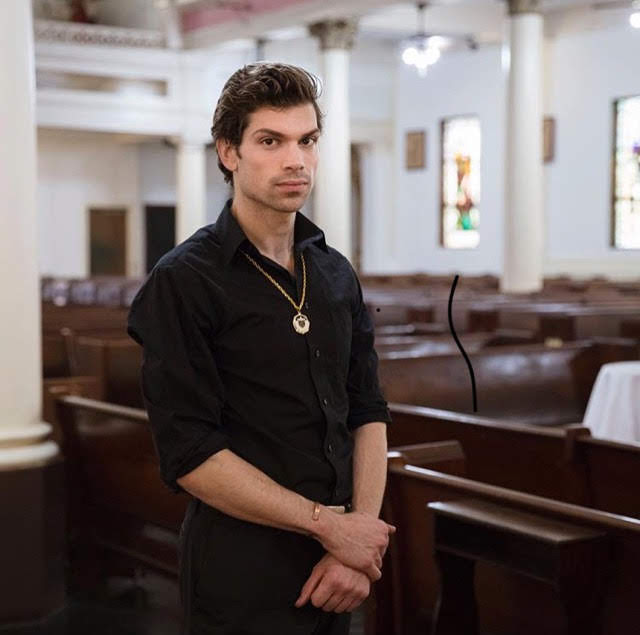 Penn Johns, who moved to New Orleans five years ago, is a blues bassist for The Blues Hustlers, who are often found playing on the corner of Royal and Conti Street. He got his start in his teens as a DJ in the Bay Area, performing at parties all over the area as a passion project. “When we’re younger,” Johns reflects, “no one really has rules yet. There are not rules to the business… We just went.” This experience would instill in him the fundamental philosophies and work ethic that would later inform how he approached life as a street musician. “If the thing happens, you get the money. If the thing doesn’t happen, you don’t get the money” he said. “You make it happen, it’s your choice. But in order to get the money, oh man, you have to fight it every way. It’s not easy.”

As Johns continued his music career, eventually picking up the bass, he was disenchanted with the pop-centric music culture of California. He packed his bags and bought a one-way ticket to New Orleans.  Johns quickly fell in love with his new home and its genuine affinity with jazz, blues, and all sort of other music. But the biggest difference between New Orleans and Los Angeles, according to Johns, is the people. “Everyone will give you a chance” in New Orleans, “You can play anything, anywhere at anytime, and everyone’s really open to letting you try.” This inviting atmosphere has led him to some opportunities that he had never before thought were feasible; “I wanted to join the choir (at Saint Augustine) and they let me join, and some of those singers are amazing.” This kind of opportunity is incredibly value to musicians like Johns. “Being in the presence of better people makes you better, because you aspire to be as good as them,” Johns explains, “and that’s the only way to learn.” 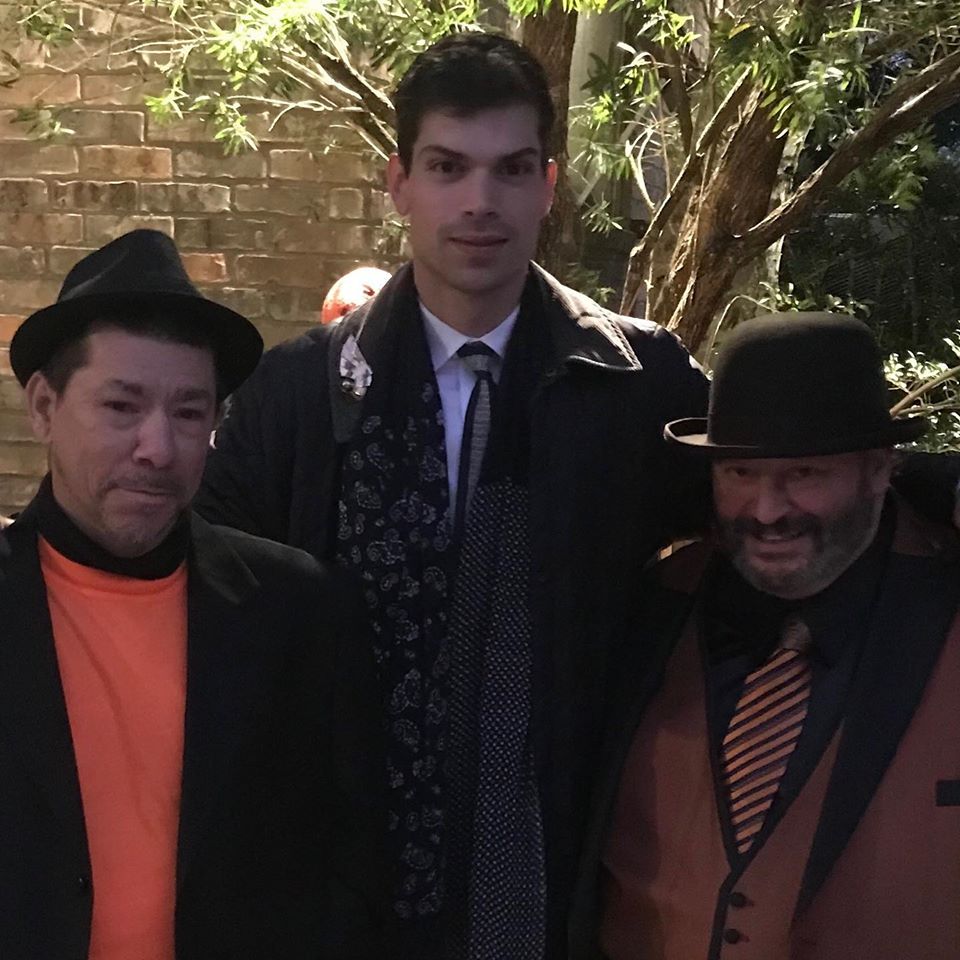 Penn Johns, center, with members of The Blues Hustlers

Over the past five years, Johns had fallen into the rhythm of life as a performer in New Orleans. When he and The Blues Hustlers were not playing at one of the busiest corners in the Quarter, he was working as a bartender and sommelier, or writing music on his own. He has had to deal with issues like any busker would, such as rain, equipment malfunction, parking tickets, and angry store owners. But none of these annoyances compare to the challenge that he, and hundreds of other musicians across the city, have suddenly been forced to face.

“When they shut down the bars,” Johns reflects, “I knew it was over.” All of a sudden, he found himself laid off his job, cancelling his Royal Street gigs and confining himself in his Tremé home. “You feel at a stalemate, and you don’t know what to do,” Johns said. “No one knows what to do.”

While he is certain that the music will return to the city, he believes the return will be gradual. Until then, Johns states, “you’re gonna have a real change when it comes to how relaxed people are.” He said that concerts are “an expression of emotion, and if you’re not there doing that and you’re worried about it, it’ll just stifle the whole thing.” He predicts that initial crowds will be thin due to fears of catching the disease, and those who do show will not exhibit the same degree of energy that a New Orleans crowd did before.

More impacted than individual performances, Johns thinks, will be New Orleans’ many festivals, especially the large ones such as Jazz Fest and Voodoo Fest. “It’s going to be a different game. They’re gonna have to think about it,” Johns says. He explains how festival organizers are, at the core, businessmen, and that “they’re doing everything they can to make the most money. And that doesn’t always mean hiring the best security, and having everyone take their temperature before they go into the festival… That’s gonna cost them X more amount of money.” These festivals, Johns believes, are going to be in need of implementing such measures, which could mean less tickets being available and at a much higher price. 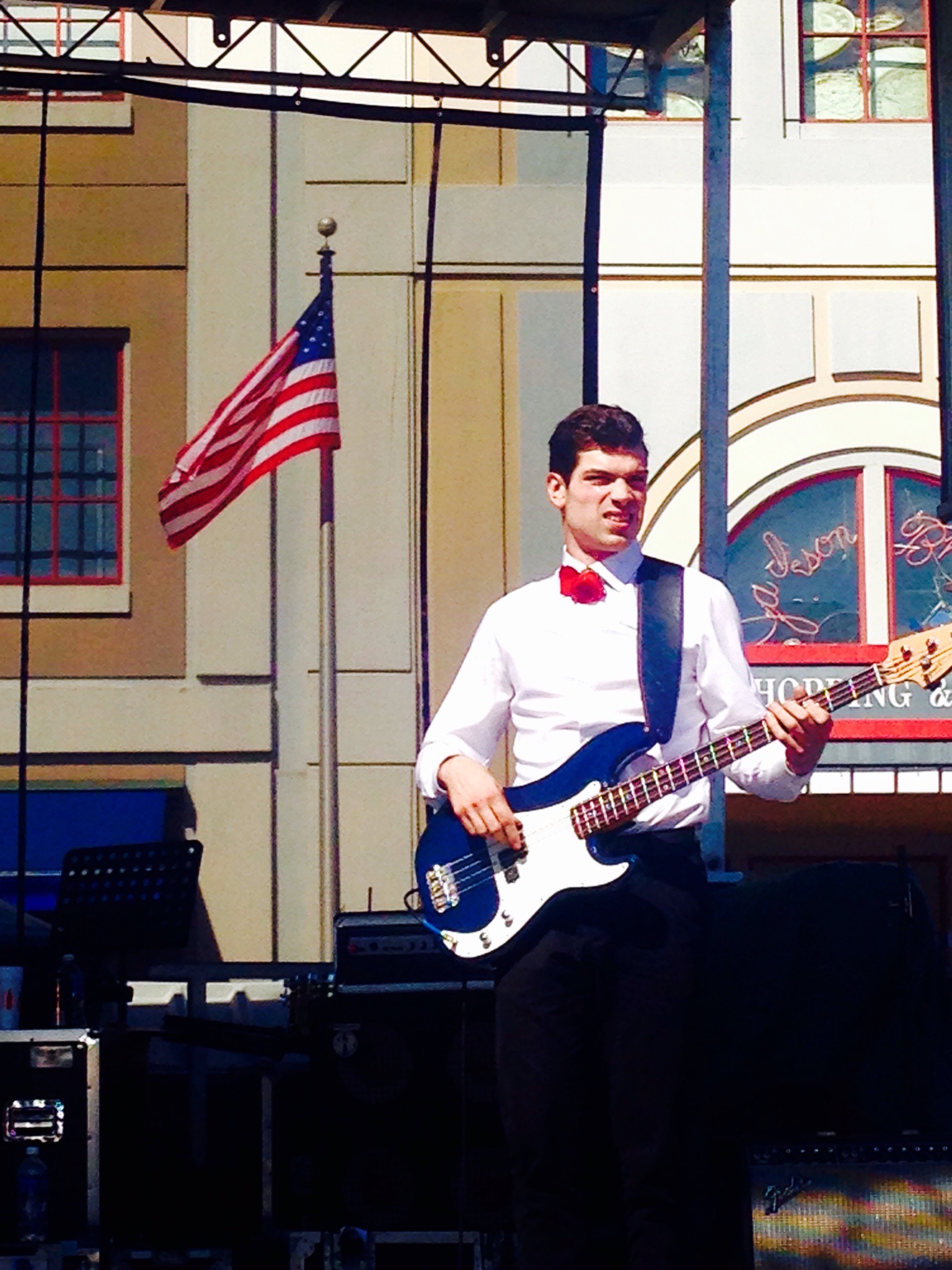 More than these events, however, Johns is most concerned about his fellow musicians, who not only lost their way of lives, but did so at perhaps the worst possible time. “This spring is gonna hurt me drastically from not being able to gig and work,” Johns states. “I’m taking out thousands and thousands of dollars of my income that I make during these two, three months, which are prime in New Orleans, and throwing it away.” The summers in New Orleans, after all, are harsh, “and it’s harsh for people that work, because no one’s here. So everyone’s trying to basically make money off the few people that are here.” Even if this crisis were to recede by June, for New Orleans musicians to lose that springtime revenue can be a knockout blow. “In music, you make your money all at once,” Johns explains. “You’re not steadily getting a paycheck every month… For those that don’t have money in trying to do this music thing, it’s gonna be tough. They’re gonna have to think about it twice, cuz every month counts when it comes to making a salary if you’re just doing music.”

For some, these woes may lead to a tipping point. “I don’t know if the people who transplanted here, like myself, five years ago, will stay here if things get bad,” Johns wonders, “because all of them work in the service industry.” Johns himself has thought about returning to California to be closer to family and to search for work there. While this would be tragic for the people forced to make these decisions, Johns does not think this will be a debilitating blow to New Orleans’ music scene, as he points out “a lot of people moved away during Katrina.”

In fact, Johns believes that New Orleans, opposed to every other city in America, will have an advantage in recovery due to the people’s sheer resilience. “People been through this,” he exclaims. “Shutting things down? (Katrina) was worse! There was no electricity, and no water… They have a way of dealing with it. I think they’re not scared.” He also believes that people today are well-equipped to handle this situation; not just in the thick of the crisis, but also as people emerge out of their quarantines. Speaking further on the future of festivals, Johns pointed out that “our generation, millennials, are very good at partying safe. I think people take a lot of responsibility, more than they did in Woodstock.”

One thing Penn Johns is certain about is that no matter how long bars are closed, how many festivals are cancelled or how many musicians move away, New Orleans’ music tradition will still come out strong at the other end. It may be more difficult to be a musician for the foreseeable future, but as Johns put it, “If you love music, you can’t walk away. That hurts your soul if you walk away.” He also points out that being stuck in a quarantine is not the worst thing for a musician, many of whom are already accustomed to locking themselves alone in a room to practice, write, or produce music for hours on end. “I think that we’ll probably find a way to make it even better in this situation with music,” he says. “Maybe great music will come out!” But no matter the uncertainty that surrounds virtually everything about our future due to COVID-19, Penn Johns is certain about one thing: “True musicians are always gonna play. They’re just gonna play.”