DJ Soul Sister: Not that kind of DJ

A dark and crowded dance floor is lit up with unique sound. The steady, funky thrum of underground disco electrifies the dancers. A line wraps around the venue as eager event-goers wait anxiously to join the party. They are all here to hear something new. There are no canned top 40 tracks off Spotify at this dance party.

DJ Soul Sister is not that kind of DJ. 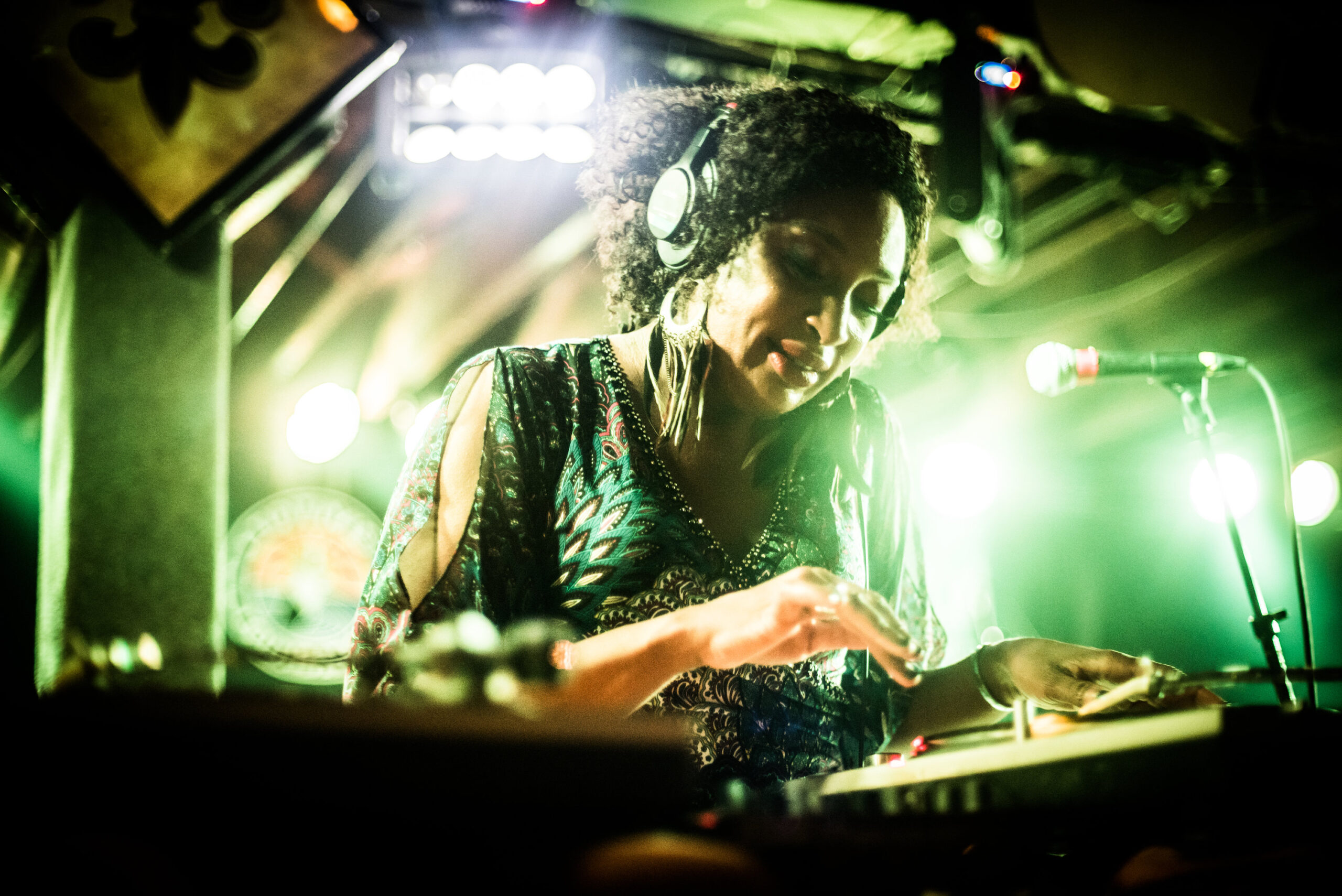 DJ Soul Sister in the zone. Photo by Avery White.

You won’t catch Soul Sister playing Rihanna at your cousin’s wedding. The uniqueness of Soul Sister’s sound is the anchor of her work. The artist’s eye she brings to her sound is what makes her one of the greats.

“I’m not going to play a song list. I’m not gonna take requests,” she says, laughing. “I’m only going to be me.”

It’s no surprise Soul Sister has anchored her life in the craft of mixing and blending music. Indeed, it’s hard to imagine any other way it could have gone.  Music called her powerfully from an early age. Throughout her childhood, music moved her and animated her imagination. She began collecting records at six years old. She recalls, fondly, a doll she owned with a radio inside. She clung to the doll every night, listening to the radio all night long. 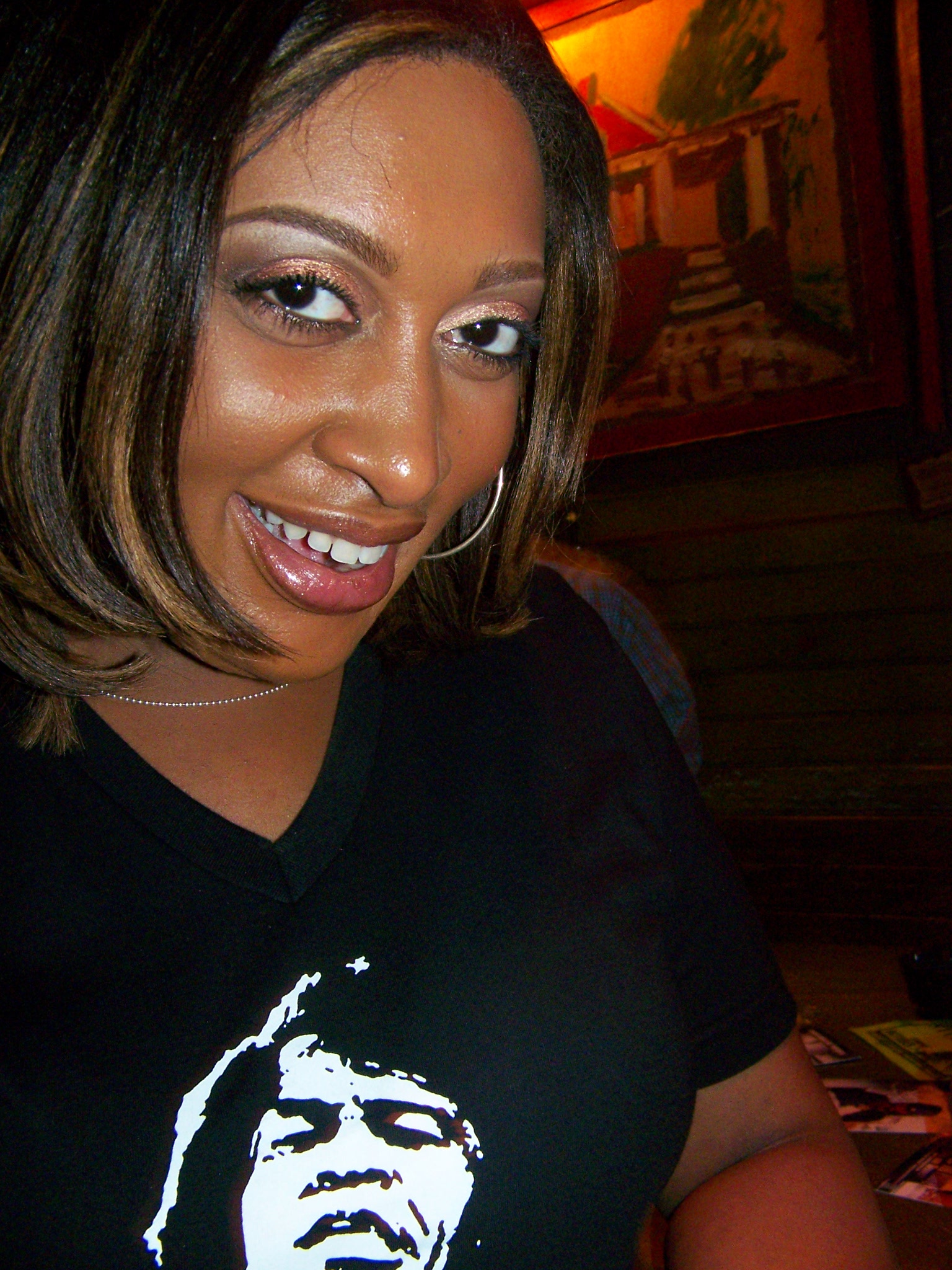 She’s been called the “queen of rare groove.” Accurate. Photo by Bonny MacDonald.

“A lot of people assume that I inherited music from my parents […] that my parents passed down their love of music to me. And that actually is not so.” Her father’s small vinyl collection may have gotten her started, but her enthusiasm for music far exceeded what she found in her early environment. It seemed to tug on her throughout her life, drawing her more and more closely in.

Despite this early call to music, Soul Sister insists that she never set out to be a DJ. Throughout her story, DJing just kept calling out to her. Ultimately, it was a friend who put her foot down and insisted that Soul Sister turn her natural aptitude for music toward DJ artistry.

“You know, I kept coming up with excuses for everything. And she just had an answer for every excuse I had. And then finally I said, ‘I’m really shy. I don’t want to do it.’ And she literally cursed me out. And she’s said, ‘you are going to do it, no matter what, you don’t have any say about it.’”

The rest is history. 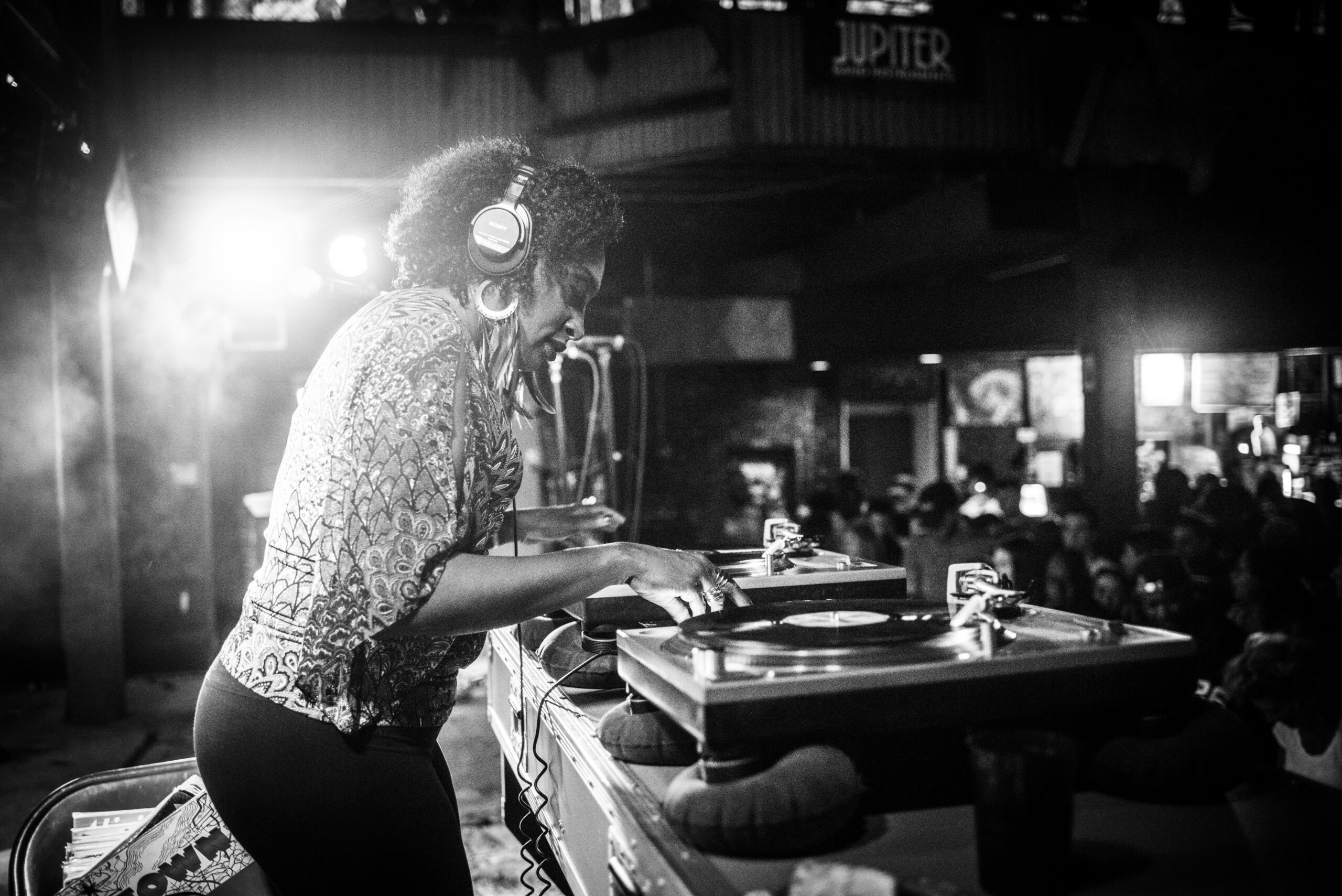 DJ Soul Sister is not ready to retire. Photo by Avery White.

Reflecting on her path to her unique approach to DJing, Soul Sister credits her New Orleans roots. In a city powered by live music, the importance of art and live performance is inescapable. This city that loves and appreciates art gave her the permission she needed to approach mixing and blending music with an artist’s eye and leave the top 40 hits behind.

… Not that Soul Sister ever needs permission. She is a fierce advocate of her craft and makes sure she has the space to do what she does best. She long ago stopped taking gigs that ask her to do anything less. To each event inquiry, she asks, “Are you looking for a DJ or are you looking for Soul Sister? And if you like, ‘Oh, we’re just looking for a DJ,’ then I have a list of phone numbers and email addresses [and] I say: call them.”

Soul Sister longs for her old normal, before the coronavirus pandemic closed dancefloors globally, hushing even our gloriously noisy and musical New Orleans. Before the pandemic, she had set plans to retire. The pandemic made her realize she’s not ready to quit – not yet.