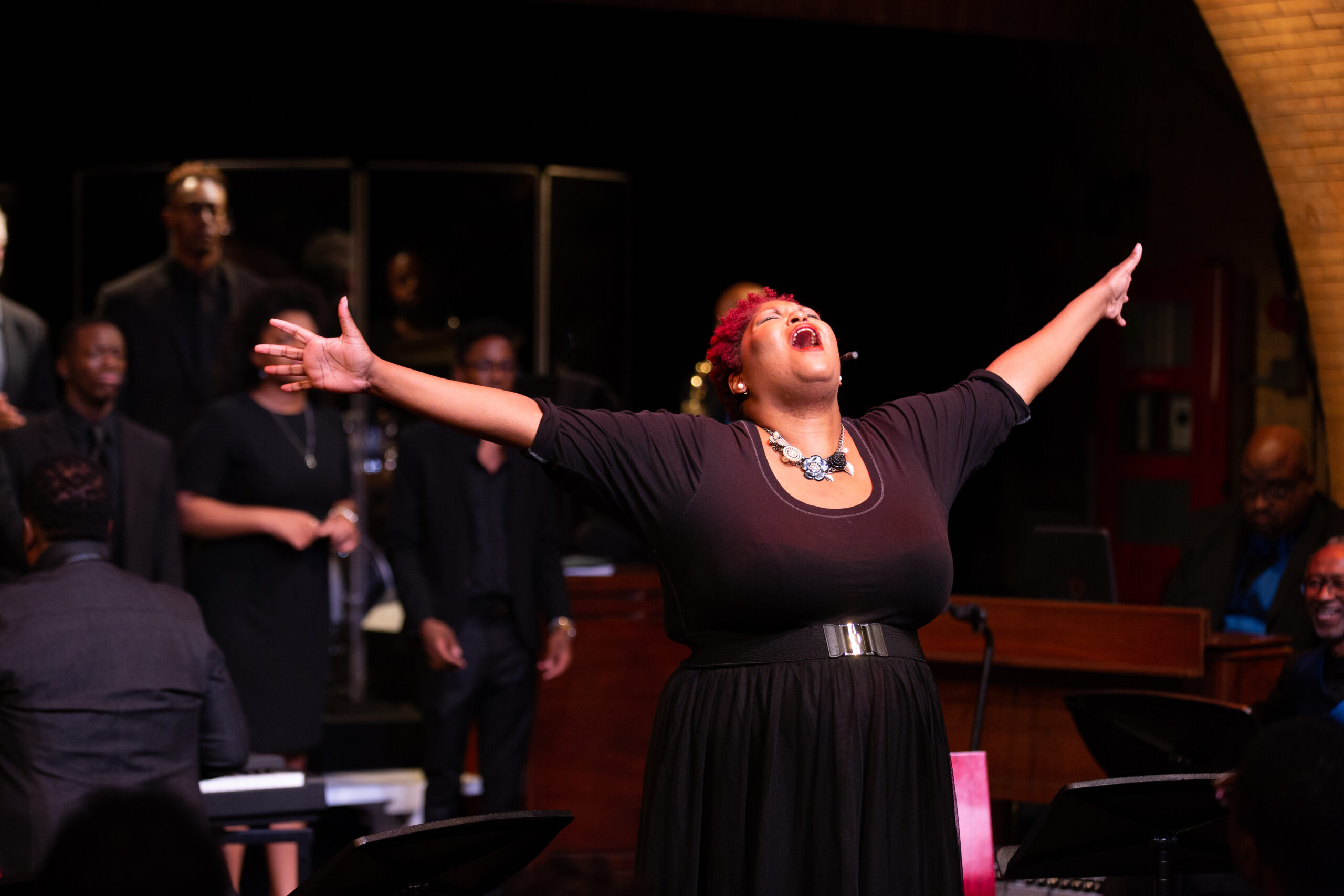 After I attended the first Zoom performance and conversation of The Oedipus Project, offered by Theater of War in May, I announced to everyone I thought would listen that I’d had the most authentic experience of Athenian tragedy in performance in my life. I teach, translate, and occasionally produce Greek tragedy, so for me this is a big claim. The performance itself was immediate and arresting—the cast included John Turturro, Frances McDormand, and Jeffrey Wright. The parallels to the present moment were striking—Sophokles wrote Oedipus Rex after a plague had wiped out a third of Athens, and the Thebans in the play are similarly plagued. Although the energy and focus of the incredible cast brought life to Sophokles’ words, it was the conversation that followed the performance that made the experience so authentic to the original context an ideals of Athenian tragedy. I came away from the experience with a broader sense of possible in performance and politics, not only through the limitations of this pandemic, but in general. Since May, I’ve attended everything I can.

The worldwide audience that evening in May was about 15,000—about the size of an amphitheater in ancient Greece. For ancient audiences, the amphitheater was miraculous and groundbreaking acoustic technology, so even the Zoom webinar format feels strangely parallel. More importantly, though, attending the theater was part of Athenian political life, directly related to citizens’ participation in democracy. Public discourse in response to the play was part of the expectation from the get go, connecting the broader moral themes of the play to the political issues of the moment.

Audience participation has always been part of the Theater of War model, which has been using performance to provide opportunities for deep conversations about the impacts of war and other violence since the company was founded. The pandemic has expanded these conversations to a global scale. Following each performance, the audience hears the gut responses from a panel of speakers chosen not for their expertise about literature or history but for their experiences related to some aspect of the present crisis. For that first Oedipus Project in May, the panel consisted of first responders—EMS and ER doctors as well as activists working to shelter the unhoused in NYC and working to combat anti-Asian racism. Following the first responses from the panel, the audience can utilize the “raise your hand” button to be promoted to the screen to join the conversation. In May, I was one of the hundreds of audience members who raised their hand but didn’t get called on, but I was amazed at how participatory the whole conversation felt anyway, knowing I could theoretically jump in at any moment. Fast forward to July 16th , during a conversation about scenes from Philoktetes and Ajax and veteran support services in the UK, I was finally promoted to the screen, which happened (terrifyingly) without warning. Having now participated directly in the conversation, I realized I had felt just as actively involved in the earlier conversations when I raised my hand but wasn’t called on (perhaps even more so, without the terror of being seen and heard).

Just as audience members can be promoted to the screen to join the panelists in the conversation that follows each play, the roles of panelist and performer are mutable as well. Anthony Almojera, one of the New York City paramedics who appeared on the panel for the first online Oedipus Project in May, performed as the Chorus in scenes from Ajax for another conversation with paramedics in late July. Attending both performances (and several in between) and seeing Anthony shift into this other role, I felt the conversation come full circle. In May, I was moved by the poetry with which Anthony expressed his experiences—he described himself as an intimate witness to the dying in their final hours, appearing to them as a ghost, mostly faceless, fully cloaked in white. In July, I heard him give voice to Sophocles’ poetry as the chorus of witnesses, helpless to prevent the tragedy spinning out around them.

In any live online event on this scale, there are bound to be technical glitches. In the most recent performance, one of the panelists had a bad connection and her words arrived slowed down, at a delay, as if she was speaking from underwater. Her sound must have been arriving at a delay, too—so she couldn’t hear the facilitator trying to tell her we were having difficulty hearing her. I’ve thought of this moment several times in the past week. Even though it was extraordinarily difficult to hear, I was riveted, fully committed to catching whatever I could—she was speaking about the simple transformation that can occur when you ask someone how they’re doing, mean it, and stick around for a response. Watching the concentration on the faces of the other panelists on screen, and imagining how many thousands of people might be out there watching also straining to listen, I found myself unexpectedly moved. How often do you see a group of strangers so completely committed to the act of listening, even when it’s difficult?

Theater of War offers a remarkable way to witness and respond to our own historical moment, even as many of us are stuck at home. One comment from an audience member has stuck with me since May. She brought up the ancient Greek concept of xenia—the sacred responsibilities between hosts and guests, then connected that to our experience via Zoom, every one of us inviting tens of thousands of strangers into our homes through this conversation, while also peering inside the private lives of the few on screen as their invited guests. There is a surprising intimacy in these exchanges, an I hope you’ll join me for Theater of War’s next performance and conversation, Antigone in Ferguson, this Sunday, August 9th at 7:30 (central). As part of the 6th annual Michael brown Memorial Weekend in honor of the life of Michael Brown Jr., the conversation following Antigone in Ferguson will focus on police brutality and community violence, centering the perspectives of surviving family members. More info and RSVP here.

Elizabeth Gross is a poet/translator/teacher/artist in New Orleans. this body/that lightning show, her first poetry collection, was selected by Jericho Brown for the Hilary Tham Capital Collection of The Word Works, and came out in 2019. DEAR ESCAPE ARTIST, a chapbook in collaboration with artist Sara White, came out from Antenna in 2016. She co-translated and produced a new adaptation of Euripides’ Bakkhai at the Marigny Opera House in 2015. Her poems have appeared in the Fairy Tale Review, Painted Bride Quarterly, the New Orleans Review, and many other journals. She teaches interdisciplinary humanities for the Honors Program at Tulane University and co-organizes The Waves Reading Series, showcasing LGBTQIA+ writers.